A new addition…..my girl got a puppy

It’s a few days ago now, but I thought it would make a great #sublimesunday post.

I’ve known about her getting this puppy for over a month now. She put a deposit down with the breeder the first week of June when they announced the little of five.

The puppy is a Labordoodle, mom is the Lab and dad is the Poodle. The litter was all girls, some were darker brown like cocoa powder and two were light like a sand color. Two of the darker ones had curly hair like a Poodle, and one of the sand color as well.

My girl was second on the list for choice of the litter. The first pick was the straight haired cocoa colored one.

The breeder let the four remaining in the room. Two were jumping all over the place, scratching at her legs. She sat on the floor and the sand colored straight haired puppy walked right up to her and sat in her lap.

I wasn’t there, I was on a job which I finished just after they left the breeders. I met them at the house.

So welcome to the family Peanut. She is such a good dog. She’s now eight weeks old. Has only had one accident in the house the first night.

She’s a character already, with tons of energy burst. They are all followed by a nap. She loves her bed, but hates the crate. She whines like no tomorrow in it.

So here is the very first picture of Peanut with me. You received an upvote of 91% from Precious the Silver Mermaid!

I knew you would. She’s so dam good. And cute as hell with those blue eyes.

Yes the puppy’s name is Peanut

So cute, my daughter just got a golden retriever pup. What a handful they are. I'll try to add a picture. 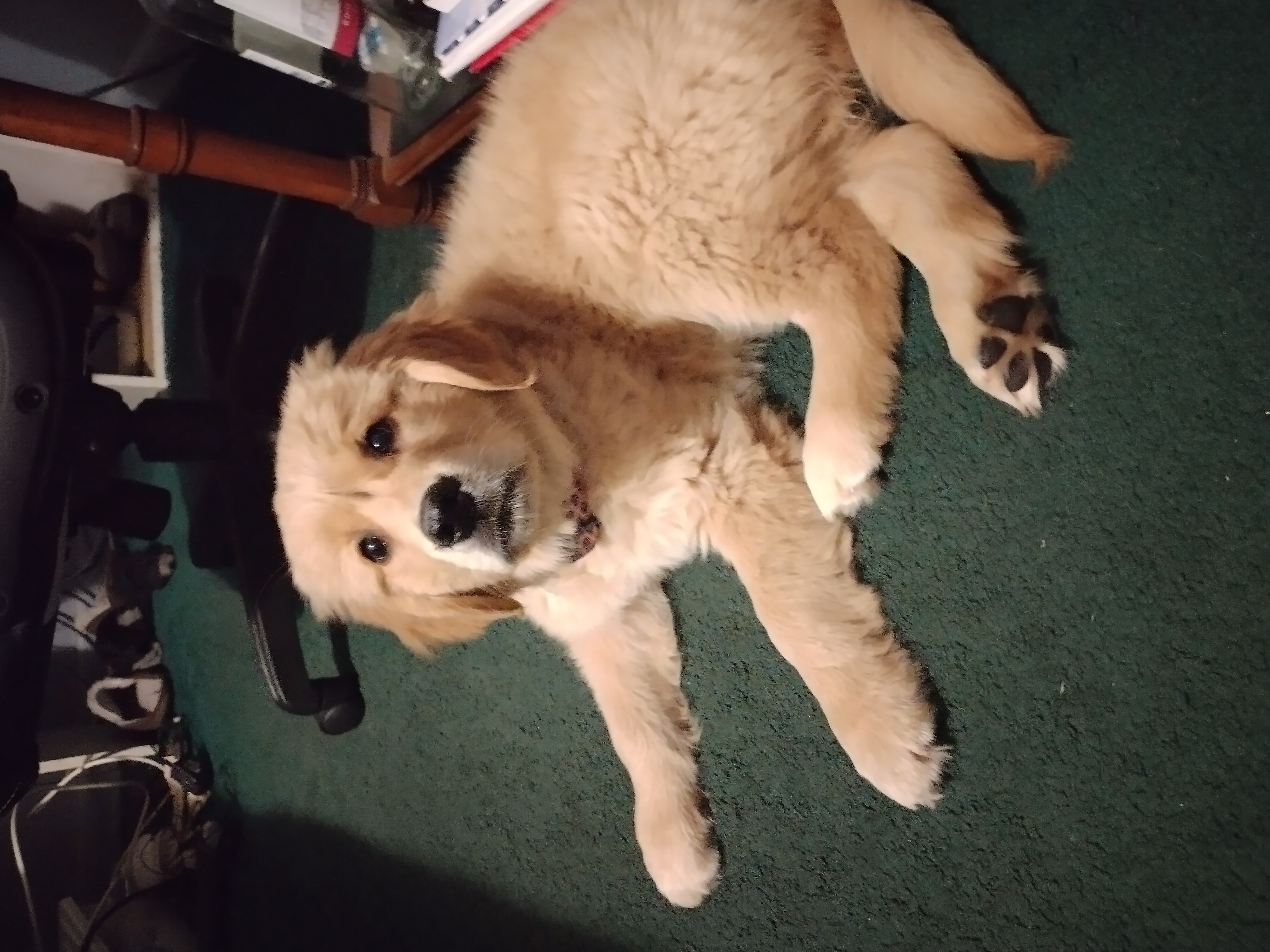 Nice. A light color like mine was. Good luck 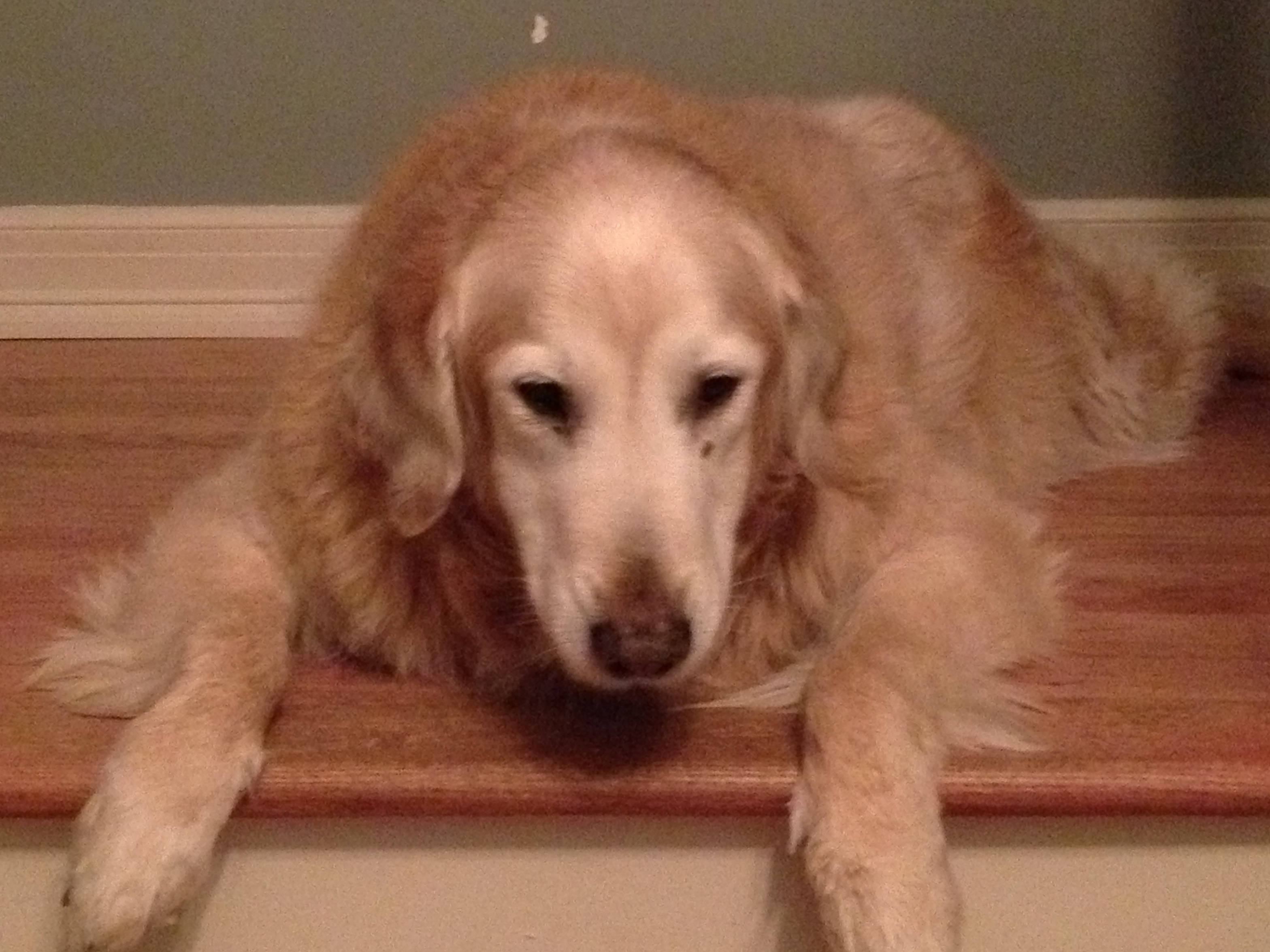 Thanks. That’s what I had a pure bred Golden. He was the best. Cool, looking forward to it.

I don’t have a pet Dog but I’m dog sitting for my sister a bunch while I stay at there crib after my apartment flood. I’ll make a video with em 🐶

Cool. What kind of dogs?

I’ll do better
Pics or video in the morning coming 🐶

Cool man, I love naps too!

Of course you do you old fart. She us

Enjoy her puppy breath while you can cause they grow up way too fast!

I will and they sure do.

Awwwe... What a cutie 😍
I melt over here and I really love her name Peanut.
Congrats on such a wonderful new family member, bet she will steal all your hearts 🥰

Looking at the size I think Bobby and Peanut are close to same size.