The Lunar coin was in its original mint packaging from the Perth Mint. I put it in an Airtites that would fit the tube. Except for my gold coins in storage, I have not used the tube recently. I have been keeping the recent purchases of gold coins in a pouch!

2023 1/10 ounce Gold Lunar Rabbit Coins feature a portrait of Elizabeth II on their reverse. Here, she is depicted wearing the George IV State Diadem Crown in right-profile relief. Jody Clark created the effigy of Elizabeth II that appears on Australian coins for the sixth time in 2015. Design components for 2023 in reverse is single rabbit that can be seen on Australian Gold Lunar Rabbit Coins. Playfully running through the design field, this rabbit is moving so quickly that it almost looks to be taking off. The gold design is also used on the platinum coin in the series. The silver and gold images are normally created by different artists, but in 2023 both images were created by Ing Ing Jong. I have shown you these gold pieces:

All photos, gif, and video were taken by me with my iPhone, unless specified. Any size of gold coin is perfect for stacking. It is what I can afford, hehehe! The price of gold is up there! Although I got this for cheap: Precious gold coin even though I am more silver. The jumping rabbit looks more like a hare.
I have a curiosity. Do you take the photos yourself?

I stack both!
Yes, I take all photos of coins myself using my iPhone. It is not the latest one and takes photos just fine. Thank you.

Year of the Rabbit...

Would you believe that it is four years since the new Lunar III came out? Well, this is technically for next year. It will be Thanksgiving, then Christmas, then the new year!
!PIZZA

Can't wait for the new year.. I can do without the other two

Well, let me be the first to greet you a very Happy Thanksgiving 🙂! I am grateful to have known you, my friend.
Many may not celebrate Christmas, but Thanksgiving in the US is standard, hehehe.

I wonder if the Indians celebrate Thanksgiving...

Beautiful coin, thanks for sharing with us

They are beautiful! I really like Perth Mint gold and silver!

Good day to you @silversaver888 👋🏻☀️ Hope it’s a nice weekend.
What a great share, this gold coin.
Sorry been a bit busy the last days hehehe 🤭 so much to organise and plan.
Have a wonderful Sunday and a super great start of the new week 🥰🤗🤗 Bigg huggss
!LADY 🤗🥰🌺🤙🏻

Happy Sunday, @littlebee4.
It's Thanksgiving week here, so I will be pretty busy in a day or so.
Such is life... it makes the days go by so quick.
A big hug 🤗
!LADY 😍🌺🤙

Is it already that time of the year wow… it went fast 🤩
I can imagine you will be busy.
Herby I wish you the most wonderful time and a happy thanksgiving week ahead dear @silversaver888 🤗🤗🥰🥰
Bigg huggss
!LUV

I think it is appropriate that we devote a day just being mindful of all we are grateful about. Like your friendship- who would imagine that I would find someone like you! You are a true gem, @littlebee4. 🤗
!LADY 😍🌺🤙

Yes, it is in these times important to do just that @silversaver888 😊 be mindful and grateful. 🥰
Aawwww thank you kindly my dear friend, I’m happy we met here too. Stay amazing! I always love talking to you.
Bigg hugg 🤗🤗

They really shine brightly and differently

One of the characteristics of gold is its radiance. They are the real "shiny," hehehe!
Have a happy Sunday, @royalevidence.

Gold is the king of metals and will always be worthy of money. Gold is gold and can be sold even in its worst shape. This is the best quality of gold that makes it the king of metals: It can always be melted down and reused in any form you want. Due to this quality, gold is able to retain its resale value. -https://citygoldmedia.com/

Thanks, @emeka4! Coins, rounds, and bars are all lovely.
A beautiful store of wealth!

It really look so nice and thanks for sharing the coin.

Since my blog is about my journey un saving through gold and silver, expect me to share here most of my purchases for metals, @micheal87. I hope you never tire of coming. Know that I appreciate your support! 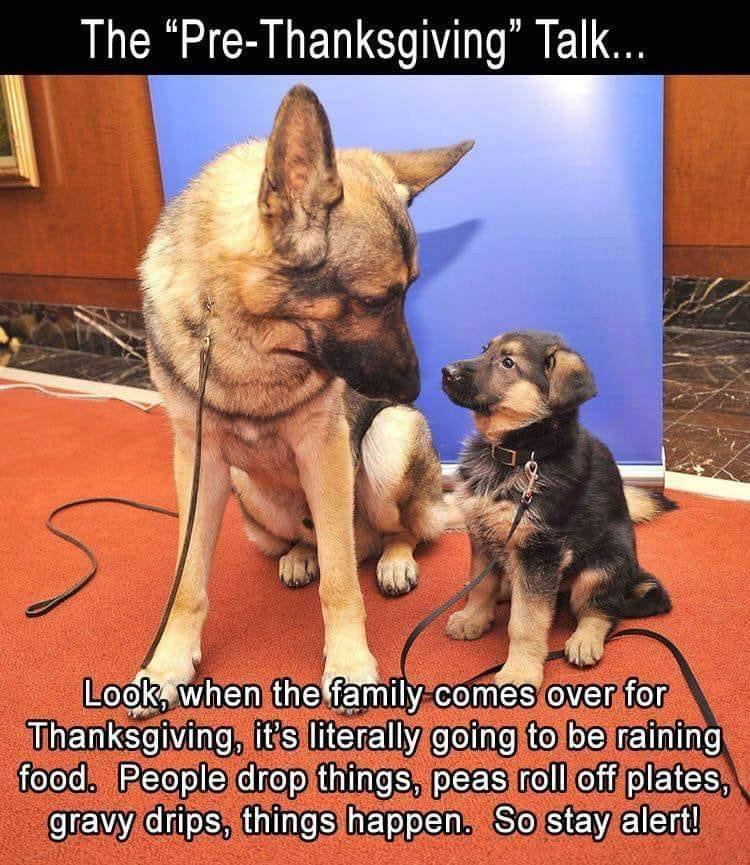 Ms. Saver @silversaver888
Cooking a Turkey is a Special Talent! ~~~ 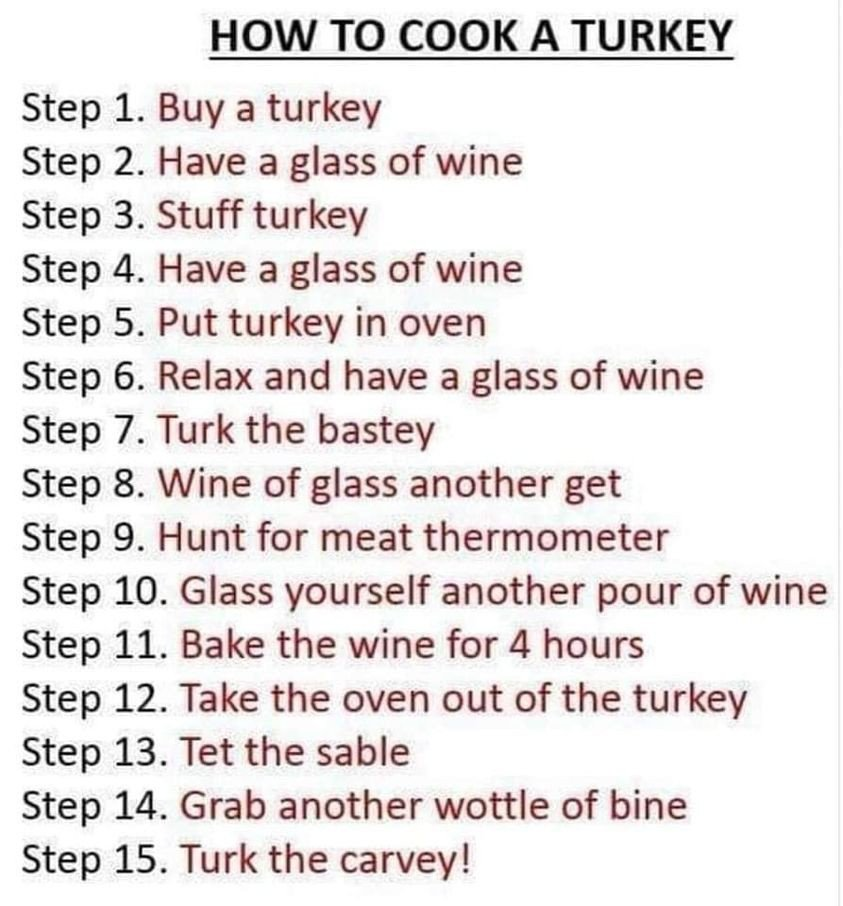 
I'm in hospital because I drunk a cup of petrol.
That was a very fuelish thing to do.
Credit: reddit
@silversaver888, I sent you an $LOLZ on behalf of @stokjockey


To err is human.
To arrrgh is pirate.
Credit: reddit
@stokjockey, I sent you an $LOLZ on behalf of @silversaver888

Yes, my friend, and it's a wonder how much detail they can put in such a small area! 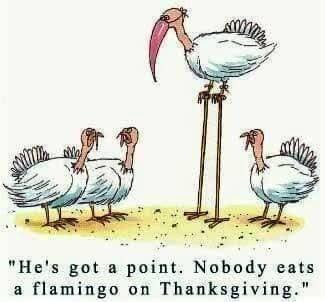 
What did the grape say when it got stepped on?
Nothing. It just let out a little wine.
Credit: reddit
@silversaver888, I sent you an $LOLZ on behalf of @stokjockey


My house-mate is terrified of negative numbers
He'll stop at nothing to avoid them.
Credit: reddit
@stokjockey, I sent you an $LOLZ on behalf of @silversaver888

That is a nice little piece of gold! I like the rabbit; it reminds me of the rabbits in Colorado that used to run the road in front of the car. I'd always wait for them to find a way out along the snow bank. They were extremely unpredictable!

Thanks for sharing sis, and have a lovely week ahead! Much love!🤗😘💞🌸 !LADY

This little coin is so, so pretty! The Perth Mint is really top notch!

What is your menu for Thanksgiving?
Are you ready for a short work week? I'm taking Thursday and Friday off! I'm excited, and it is only Sunday evening, hahaha!

I had to work today because my coworker had to go to the baby's funeral.

We are headed over to my older son's house for Thanksgiving, so it will be turkey and I'm bringing my traditional 'dressing' dish. It's what my mom always fixed for our Thanksgiving, and I have now made my children addicted to it as well!

A short work week is always a blessing. What are you having for Thanksgiving and where will you spend it? Take care sweet sis!🤗😘💞🌸

I would love to visit the Perth Mint sometime @silversaver888 , they are known for high-quality precious metal coins😀
This 2023 Australian Gold Lunar Rabbit Coin, is a beautiful example of their artwork in precious metal!😀

Can you believe it's already the fourth in the series? What happened to the years? It was just yesterday when the Lunar III Mouse was the thing.
!PIMP

@thepimpdistrict 53
3 months ago
You must be killin' it out here!
@silversaver888 just slapped you with 1.000 PIMP, @silvertop.
You earned 1.000 PIMP for the strong hand.
They're getting a workout and slapped 1/1 possible people today.

That's one of the benefits of stacking golden silver.....
It seems like you just started stacking yesterday, and then you look at the stack and how it has accumulated!😇🤗😀

Hehehe... and we are having fun doing it!😁

Absolutely my friend, hope you're having a good evening, I think I'm finally ready to wind down and sit by the fire!!🤗😀

The Asian side of me says, 2023 year is official when the rabbit comes out. 🐇
Always, with love 🤗🌺❤️

Hahaha,,, it's the new year already, in silver and gold!
Wow, time is going by so quickly! We are getting older too!
Hugs and kisses sis 🤗
!LADY 😍🌺🤙

It is a whole lot of fun 😁, that for sure, @doitvoluntarily!