The Difference Between Necessities and Wants

@silversaver888 78
3 months ago
LeoFinance
Knowing the difference between
necessities and wants
is among the most
fundamental of all fundamentals. Understanding needs and desires is a prerequisite for setting successful and attainable financial goals, prioritizing your spending, and creating a budget. Needs are things you require to survive. These include necessities like clothing, food, and housing. The definition of needs can be enlarged to include items like utilities so that you have heat for your house, and even debt payments, if you have any. Wants are things that would be good to possess. They are not necessities for your survival.

When you go above the bare minimum to satisfy your requirements, such as by purchasing a larger home than you can afford, needs can occasionally evolve into wants. Remember to approach
savings and retirement
as needs.

Prioritizing savings
before things like cable TV and eating out. Gold and Silver Stacking is not for everyone.
Do your own research!

If you want to learn more, we are here at the Silver Gold Stackers Community. Come join us!

I hope to see you again soon!

I post an article daily. I feature precious metals every other day, and on other days I post article of general interest. Follow me in my journey to save in silver and gold.

It is a question to have a budget and not spend as much as you earn. Always track your cashflow!

Yes @cryptosnowball. Set aside your savings first. Then it just takes five minutes a week to find out if you are overspending! It is good to have a budget every month.
!invest_vote

Better to aim at comfort' than at luxury. - African Proverb

Never knowing our 'sell-by-date' one has to factor savings in for a possibly long life, definitely don't wish to end up short at the end of working years.

We don't know what the future will bring. I say, strike a good balance. Even with the current recession, our quality of life should not suffer. This comes with a good habit of saving, sis.
Have a great weekend, sis 🤗
!LADY 😍🌺🤙

Extreme recession we experiencing was echoed some years ago by many, keep watching your assets, not over expanding on any.

Housing is something many are forfeiting now feeling inflation rise with over extended home loans to start with.

Have a wonderful weekend as well and keep smiling ☺️🤗 thanks for token!

It's the week of Thanksgiving here, @joanstewart!
I am grateful for everything, most especially for having found you!!!'You are a gem!
!PIZZA

Learning from each other, feeling is mutual and thanks for being you! Have a wonderful few days preparing for your Thanksgiving !LUV

Necessities are very important to have as humans which we can't really do about.

There is time to focus on what is necessary.
!invest_vote
!LUV

I do agree with the aforementioned article, needs are necessities and can be viewed as wants when we get more than what is required, like getting a luxurious house mentioned.

Every paycheck, set aside money that will not be touched for savings. It is as straightforward as it can get. No matter the amount, make it a habit.
A penny saved is a penny earned.🤗
!LADY 😍🌺🤙

It is very much necessary to differentiate the two (needs and wants). Most times we go after wants while neglecting needs and in the end we lose huge that we can not even afford needs.

It is so true what you said, @parzartesi!
In my past when I did not save, there was no differentiation!!! But I sat down, examined my spending, and then I saw it! I am glad I found out earlier, because I managed to turn it around... it took two years of not buying anything but necessities. It was worth the journey.
!invest_vote

I don't know why we tend to focus on our wants more than our needs. Necessities are indeed basic fundamentals that should be met first before focusing on the wants.

Advertising has a lot to do with it, @young-kedar.
There are a few needs aa individual has.
!invest_vote

Are silvers part of your retirement plan? Hehe

Silver and gold, will hopefully form part of retirement, which is 10% of my total portfolio.🤗
!LADY 😍🌺🤙

Today I can not quite agree with your writing.
I believe that the needs are as arbitrary as the desires themselves.

I believe that the needs are as arbitrary as the desires themselves.
People frequently base their decisions on the false notion that we always work to get what we want, but in reality, we only make an effort to get what we need.
Through wishes, we comprehend a strong desire for something that is typically characterized as desirable or expected of us but does not typically result in conduct. Needs are wants that our mind has determined must be satisfied, which results in an action. The majority of the time, they are referred to as deficiencies in our life or as necessities for our welfare. The fact that needs always result in some kind of action is the crucial component in defining and comprehending needs.
!invest_vote

We can live without necessities as individuals!
Hehehe!
!invest_vote

Thanks @bhattg and @india-leo. 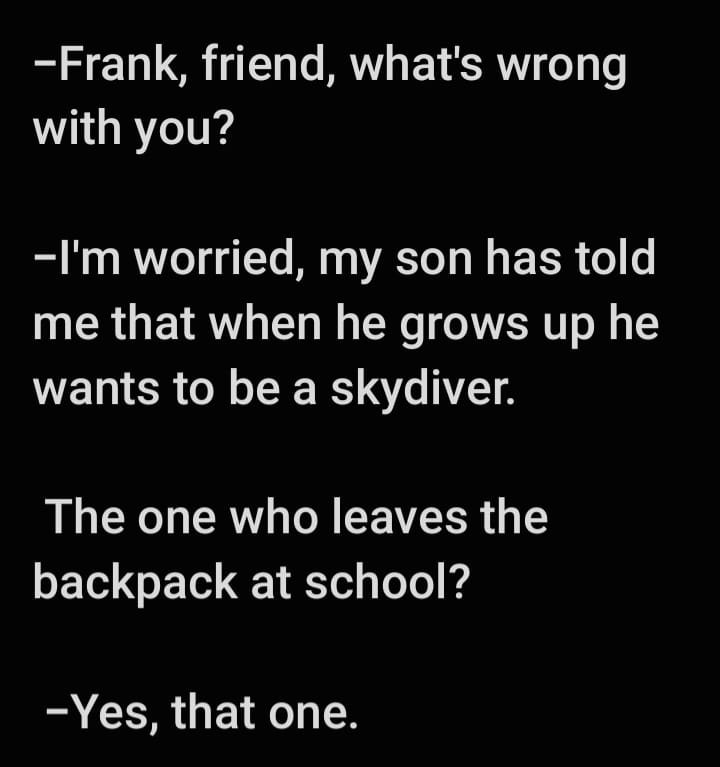 
I really want to buy one of those grocery checkout dividers
But the lady behind the counter keeps putting it back.
Credit: marshmellowman
@silversaver888, I sent you an $LOLZ on behalf of @stokjockey


Being a waiter may not be a very glamorous job
But at least it puts food on the table.
Credit: reddit
@stokjockey, I sent you an $LOLZ on behalf of @silversaver888

Nobody dared to move, suddenly a man jumped into the………

When a group of tourists visited a crocodile farm, the owner of the place launched a daring proposal;

-Whoever dares to jump, swim to shore and survive, I will give 1 million dollars.

Nobody dared to move, suddenly a man jumped into the water and desperately swam towards the shore while he was chased by all the crocodiles.

With great luck he arrived, taking the admiration of everyone in the place, then the owner announced;

-We have a brave winner.

After collecting their reward, the couple returned to the hotel, upon arrival, the manager told him; he was very brave to jump, then the man said;

-I didn't jump, someone pushed me!

Moral: "Behind every successful man, there is a woman who pushes him." 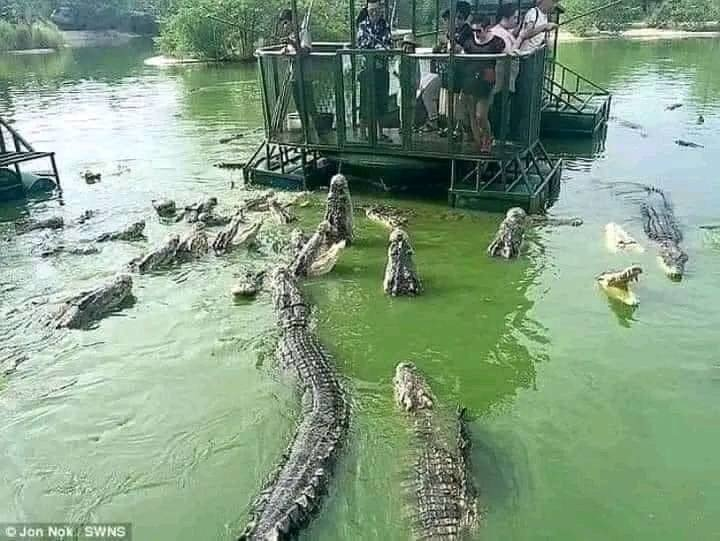 Most folks, when they're young, tend to not give a thought to their future financial health. When you're in your 20's, 30's, and sometimes, even 40's, you're too busy living life to think about retirement. People need to, and the younger they start, the better off they will be for it.

I hope a lot of people read your post and realize. Love ya much, sis!🤗😘🌸💞

It's best to live life simply, sis! Isn't it your experience that our needs aren't particularly pressing? That we could make do with just our needs. It's our wants that is expensive.
Hung and kisses, sis 🤗
!LADY 😍🌺🤙

No kidding.....you got that right! Maybe we should all wear blinders to those things we don't really need, lol!🌸😘💞🤗

The iphone was selling for $900 which was nice but not a necessity. I bought a smartphone instead for under $300. And the battery life was impressive !

There you go, @olympicdragon! Hahaha!
!PIZZA

hahaha, I can't help but laugh... at myself, that is. I was like that before. Except for my contribution to my retirement fund and dividend reinvestments in all AAA stocks, I had not been saving. All I did was spend!
I am truly grateful for the change years ago, @silvertop.
!WINE

Unfortunately we were both the same way we were first married as well @silversaver888 !🙄
I am so thankful that all of us found the path to savings, and investing, before it was too late Lol!!😀