Fails of the Urban Explorer: Pubs, Clubs..., and Zombies

I don't record every fail I visit. Some of them are none-photogenic, some contain angry owners who would explode if I started to photograph their property, and others are being renovated, or have been demolished. One such 'Mr. Angry’ called the Police as we were leaving, and started filming us as my vehicle pulled away.

Whatever…, it came to nothing and the police never came knocking. One has to know where the line can be pushed and not step over it.

As a consequence, I have less of a fail collection than in the past. If they have a story connected, then that may be a worthwhile reason to record them.

They don't make the buildings like 'The Royal' anymore. It looks like a mini medieval castle that has fallen from grace. In truth, it’s in a ropey area of Liverpool, along with several more equally derelict pubs on the same road.

None of them were accessible, after all, thieves are extremely prevalent in this city and so the landlords' take extra precautions to keep them locked up. Inside might be full of fresh air, but likely lots of shit from the many pigeons. We could see the upper floors had many holes from the roadside. 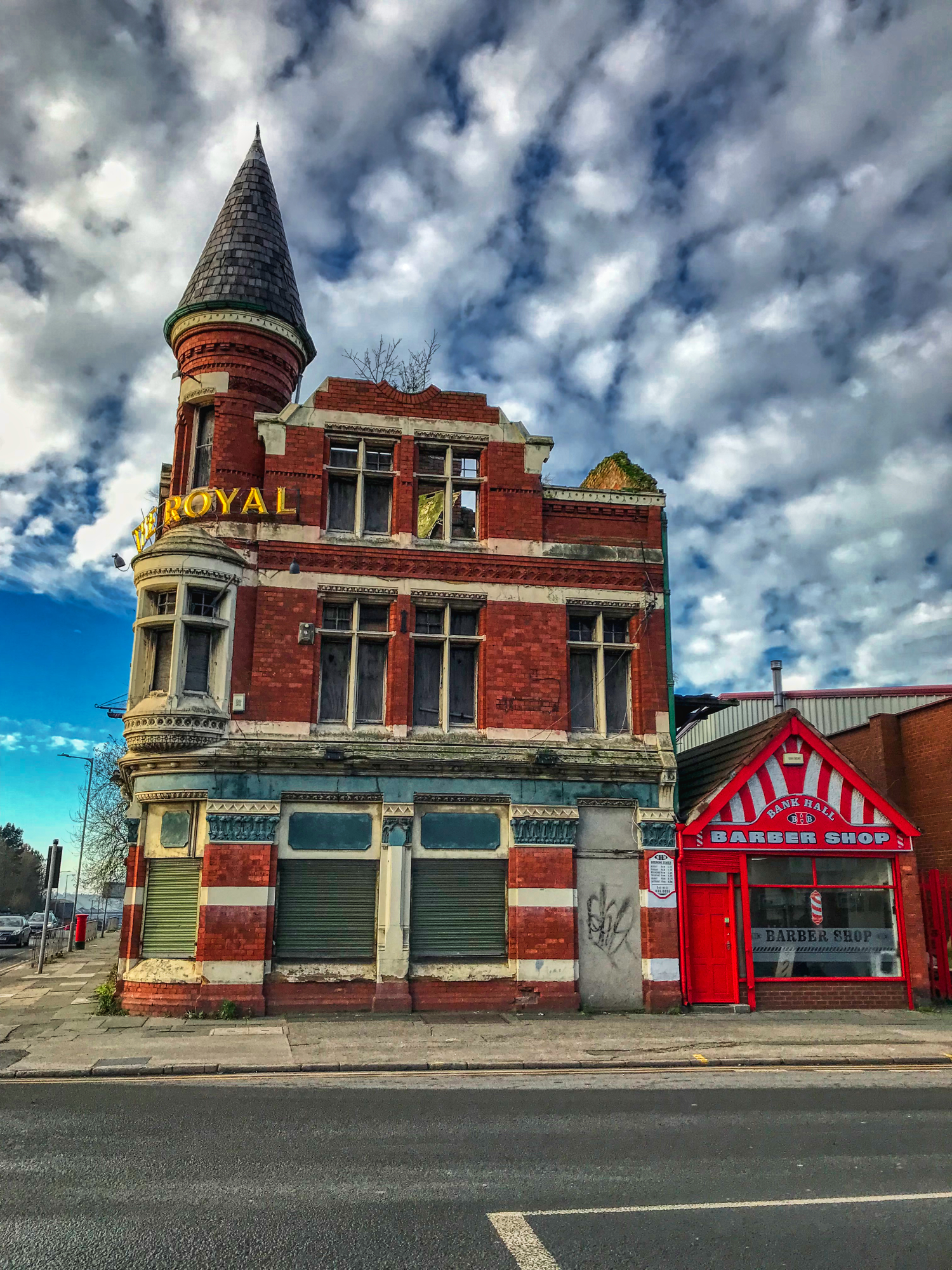 The barber from 'Bank Hall Barber Shop was giving us suspicious stares.

…'we are just taking pictures you cunt, can you fuck off inside?'… The wall was a little tall and full of that shitty grease paint. Seriously, it wasn't going to happen for us at 'The Royal'.

I was stating the obvious to @anidiotexplores who was nodding in agreement. 'Pavilions' may have been a social club or an event venue once. 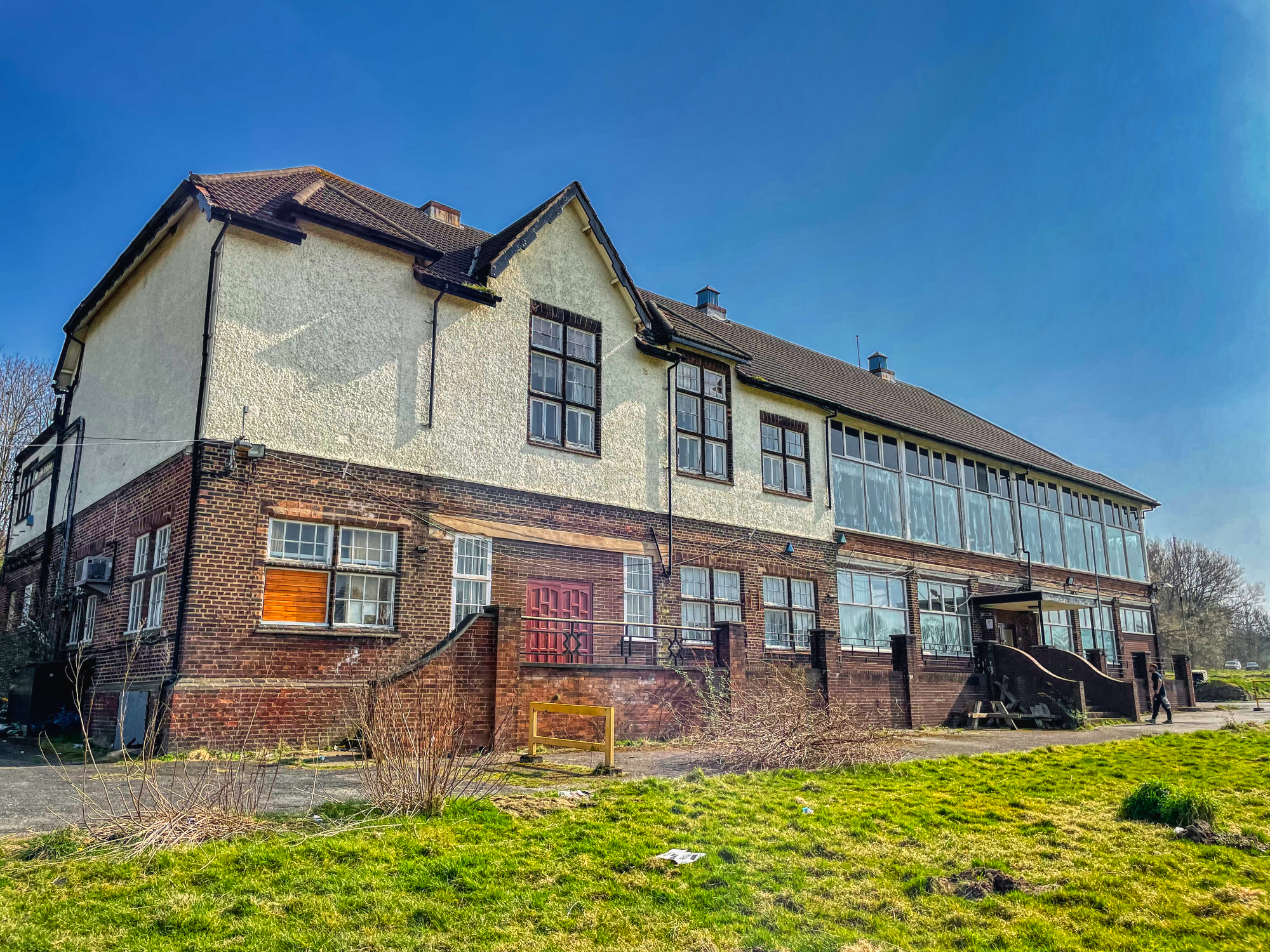 It was also accessible, or so we were led to believe. It looked like another business lay beyond, but other than a few vans the area was quite deserted. Front doors can be open, but it’s a rare occurrence. Always check the lock, it may appear locked but sometimes is not. 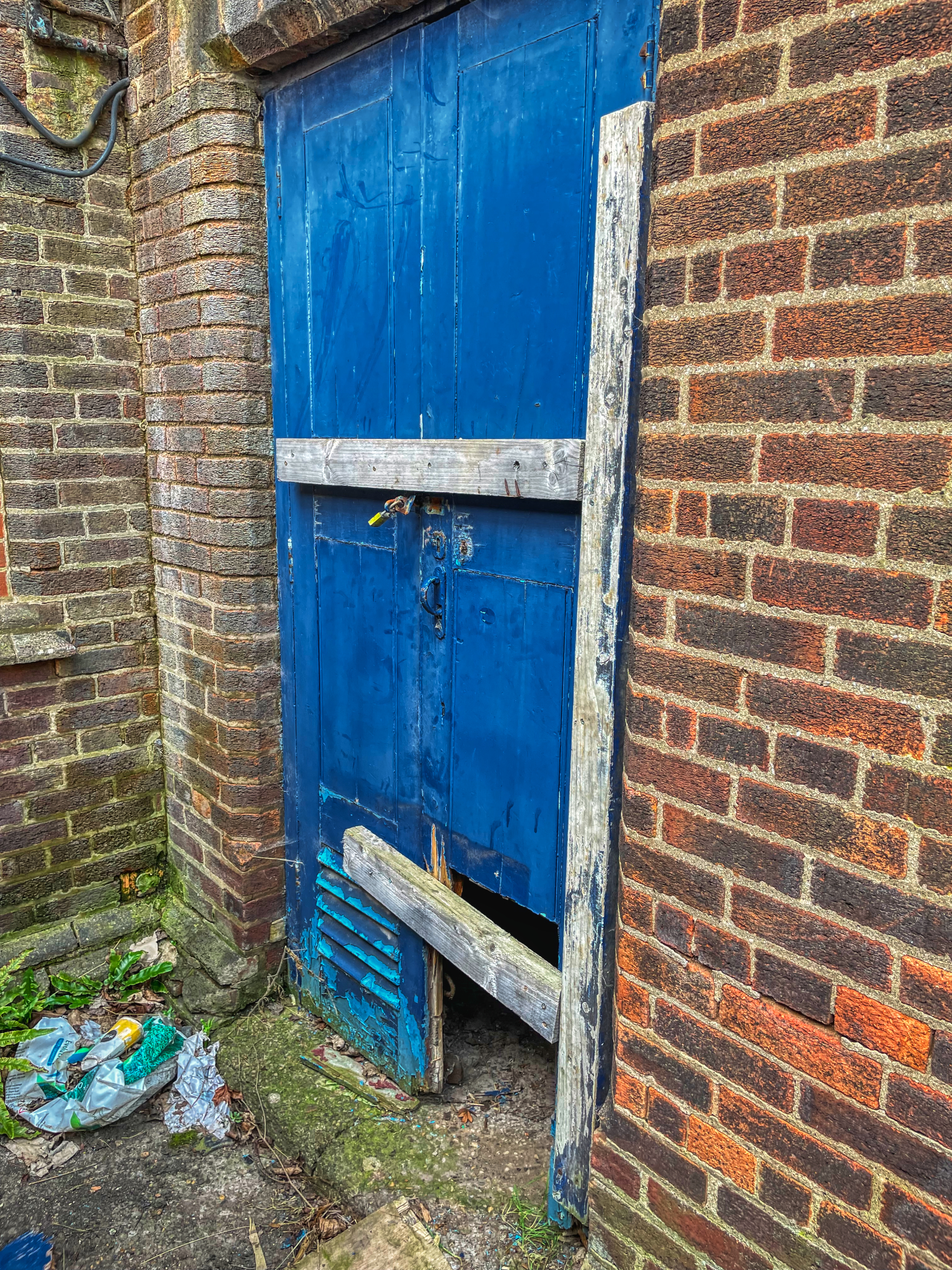 Getting through there may be a little testing for me. @anidiotexplores did scrape through only to find a power hut. Bummer. 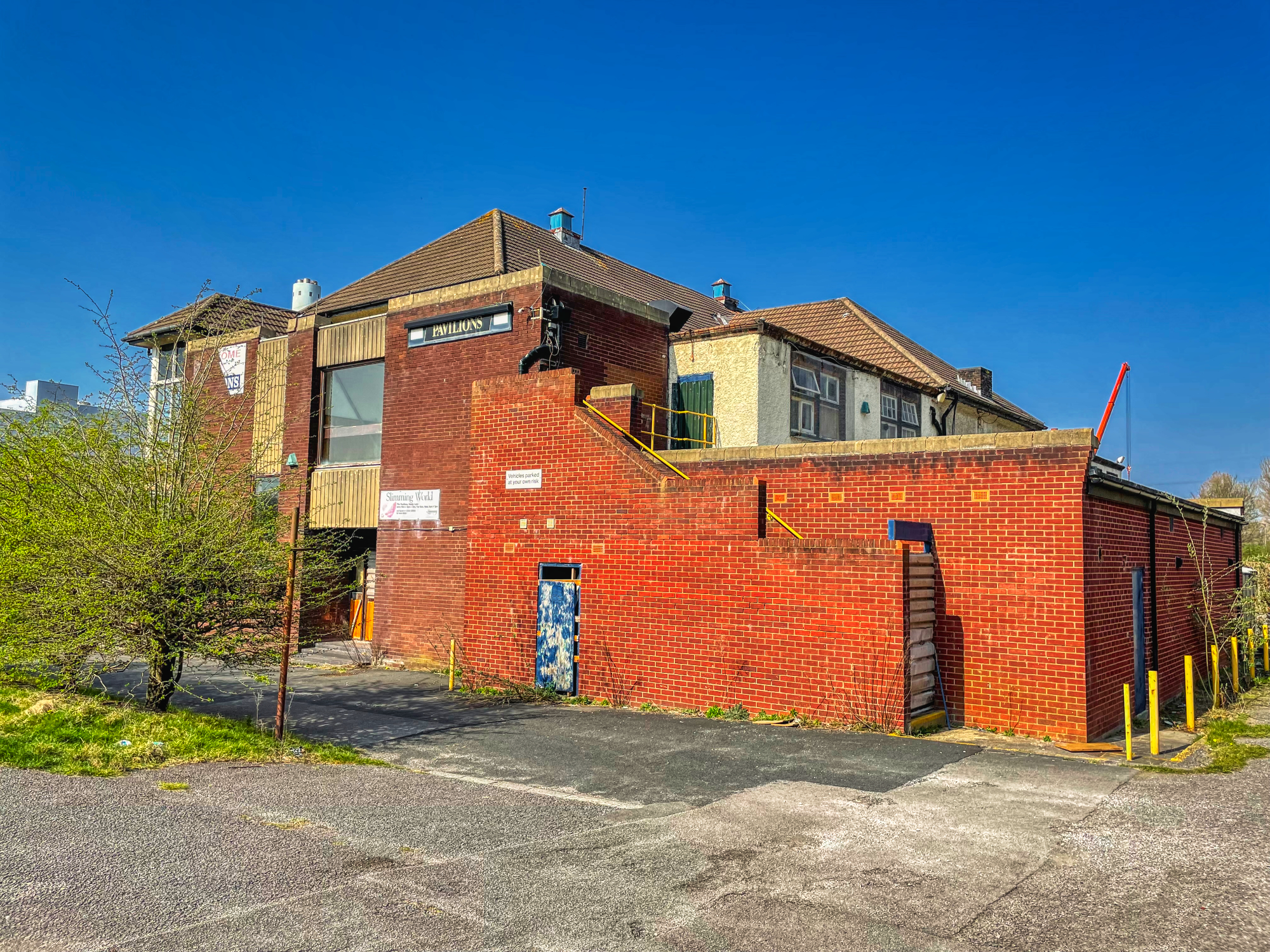 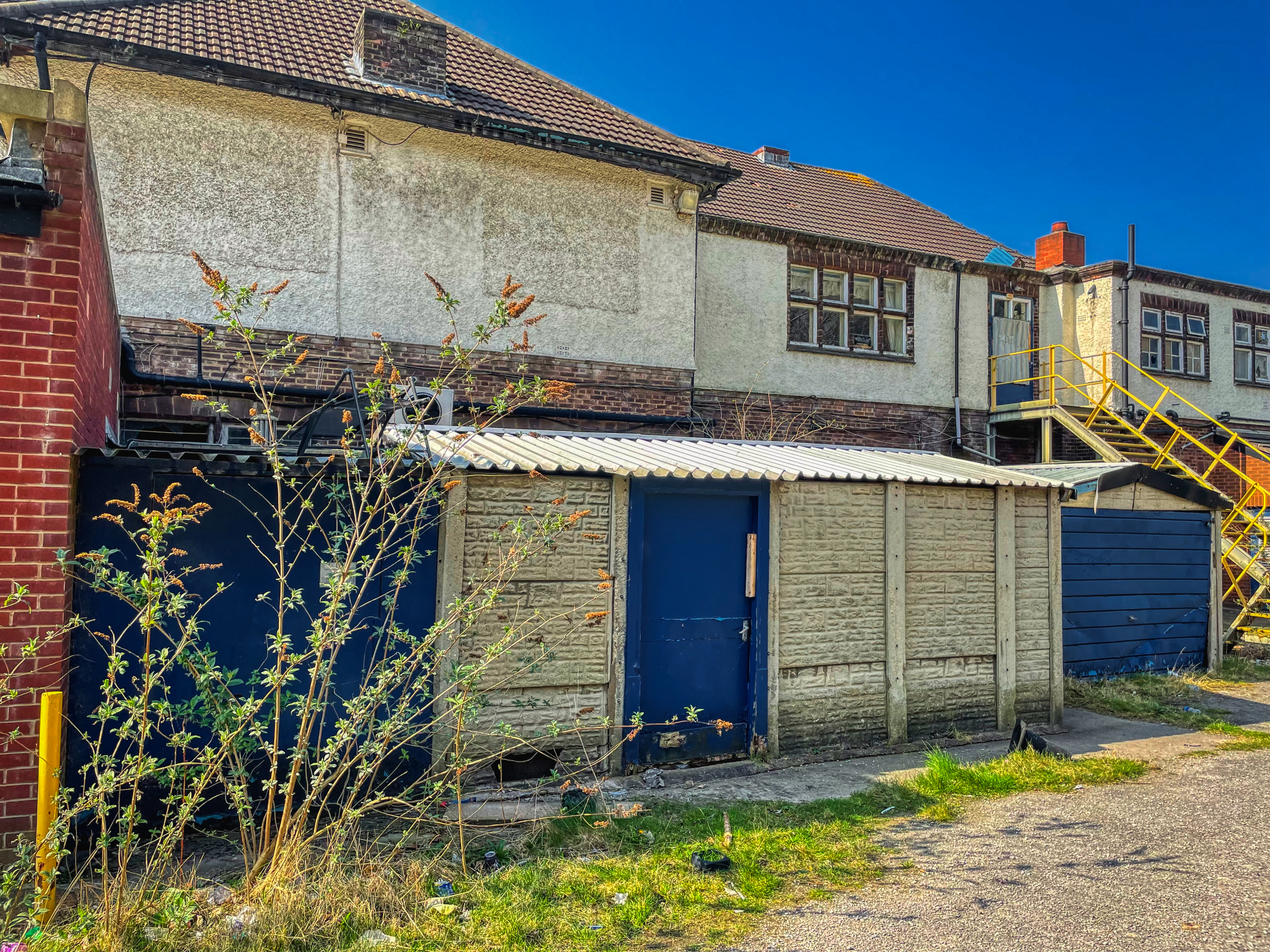 Many access points had been sealed, you can usually see them as new rivets, nails, or screws that have been planted where the old ones are missing. 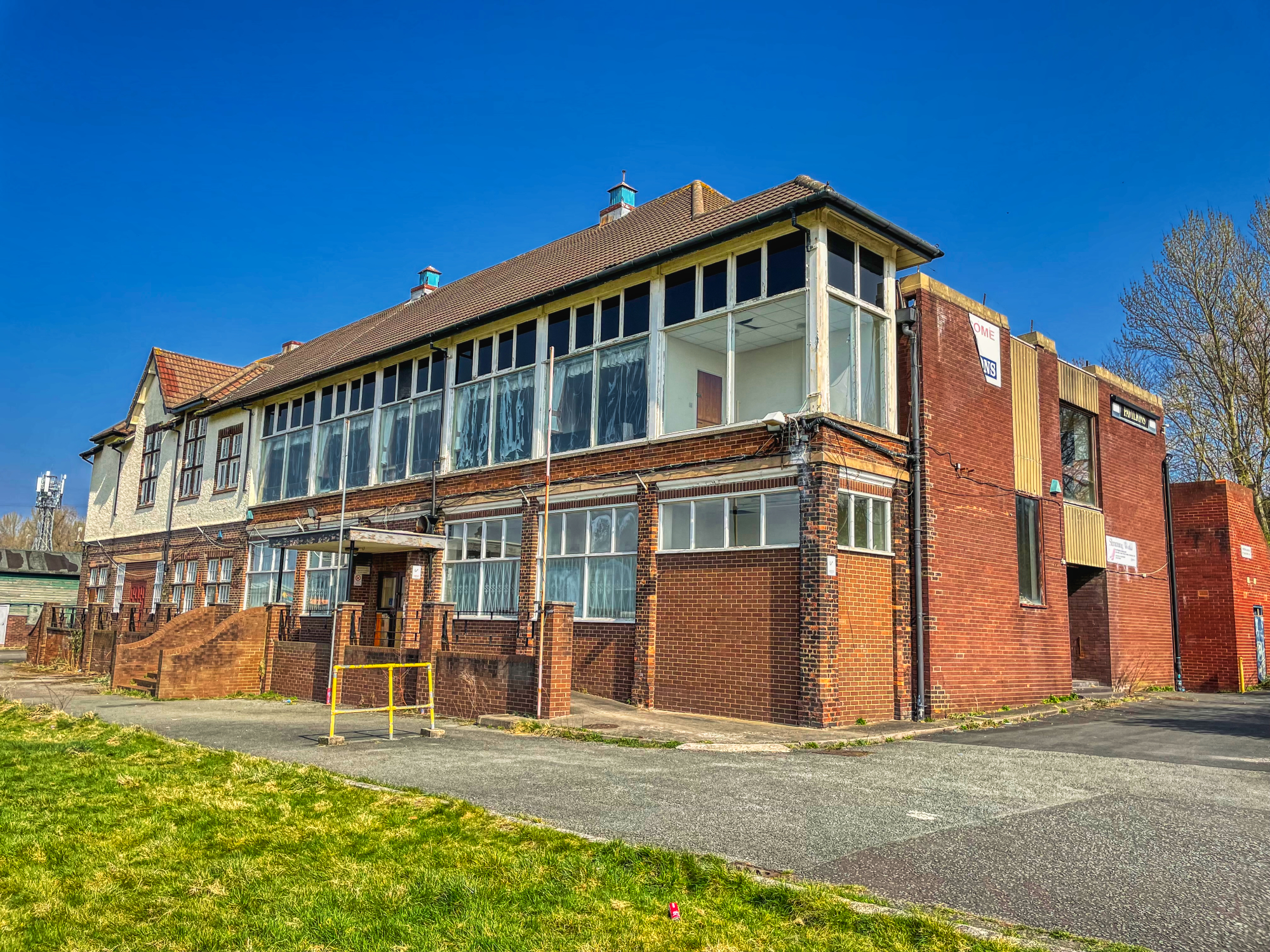 Well, what an arse. Someone visited just a few days later and got inside. Did a board drop off by itself? I think not.

From the moment we arrived, I felt uncomfortable. I explore 'abandoned' places, not ones that are temporarily closed. 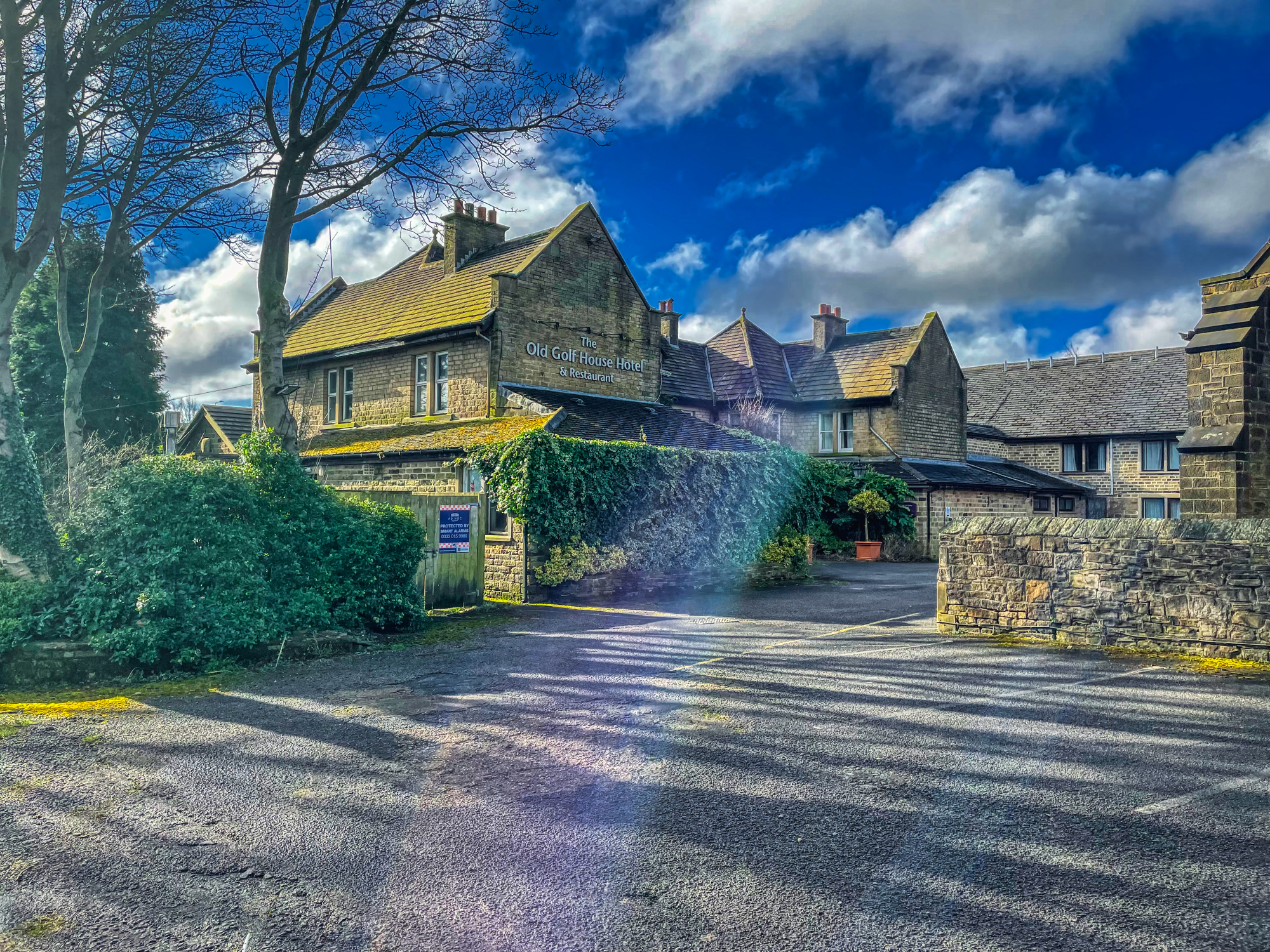 It looked far too new, clean, and tidy to fall into my category. 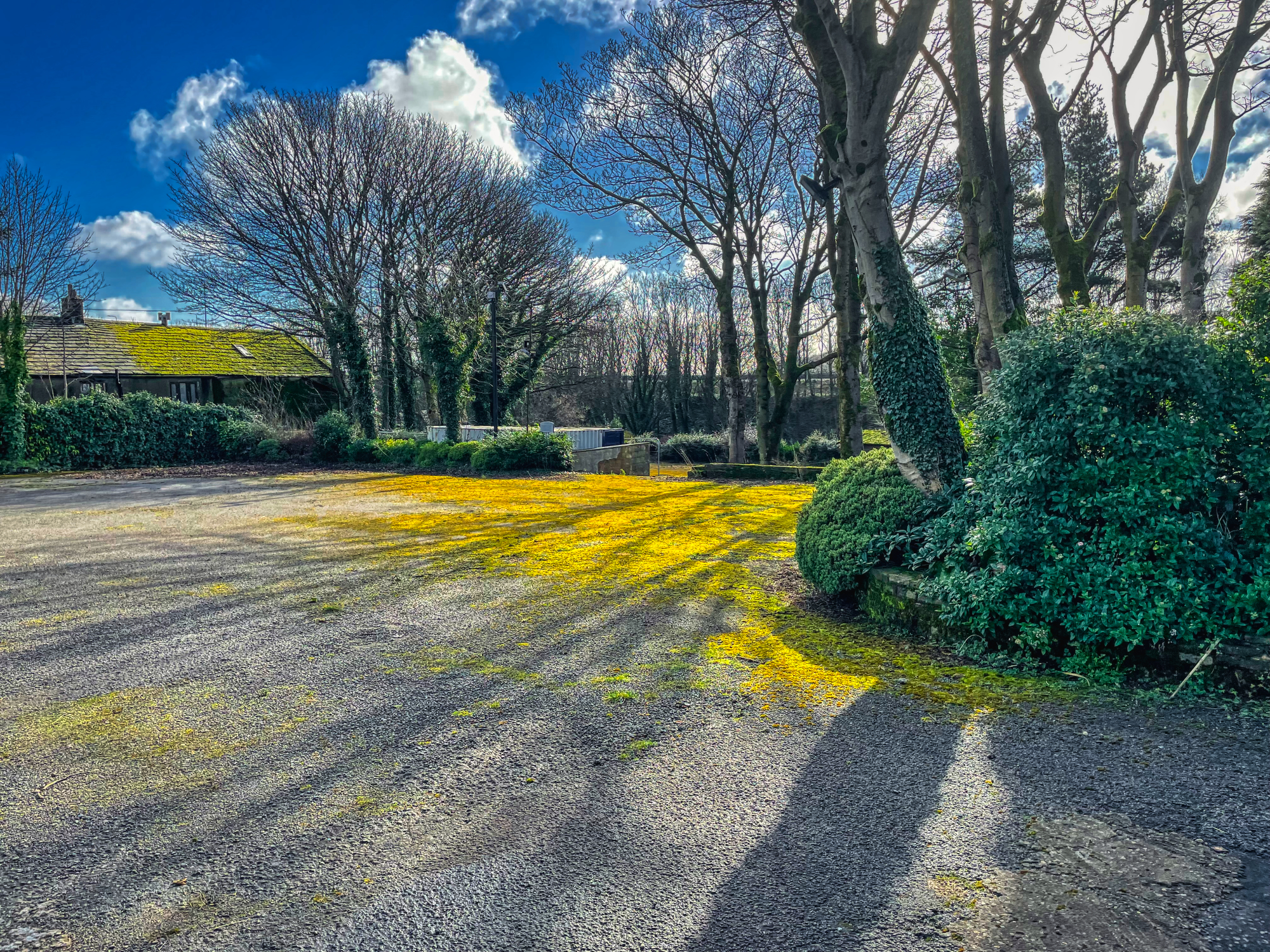 If the proprietors of The 'The Old Golf House Hotel' were still paying for their security then they need to sack these useless bastards. 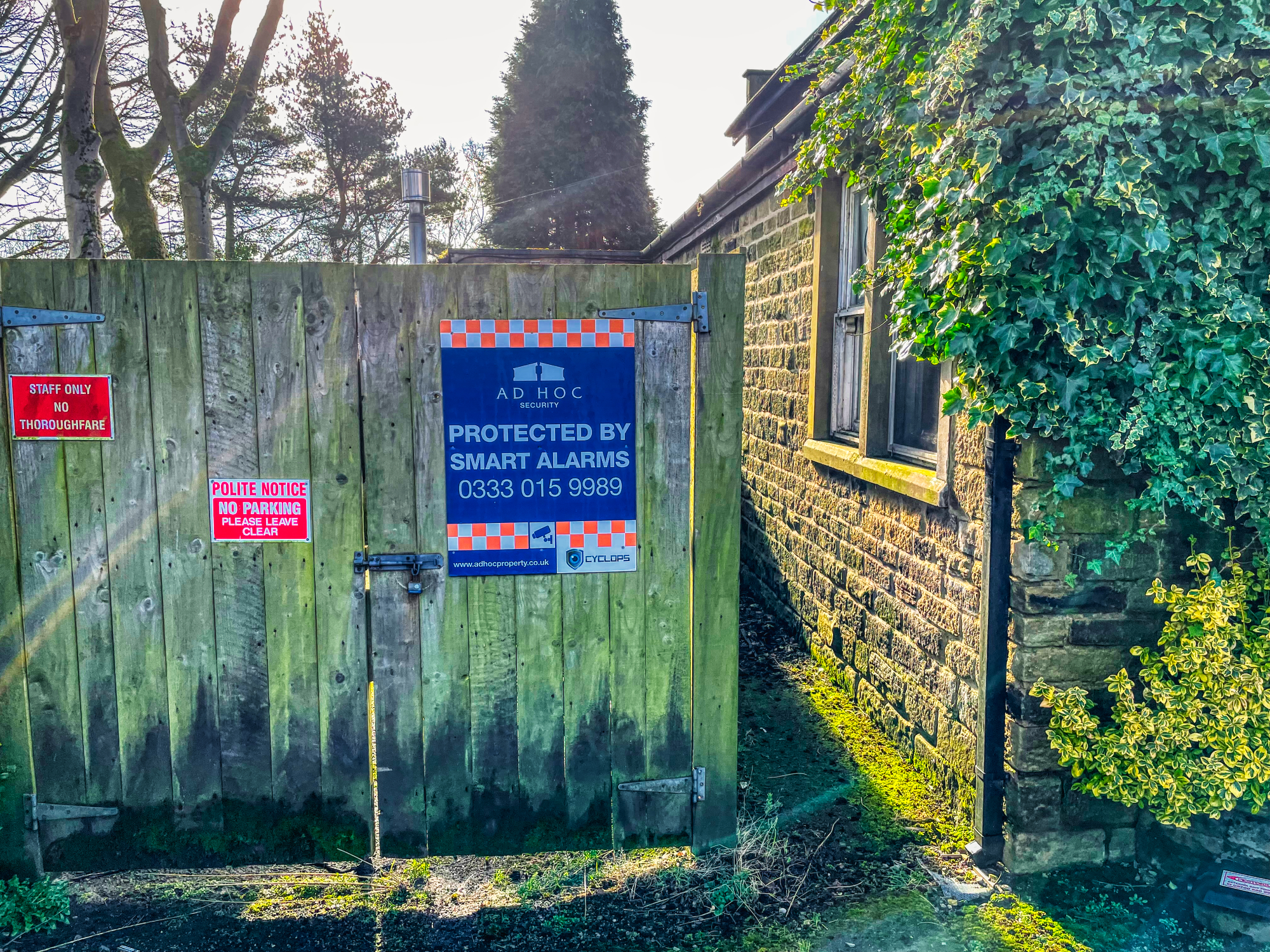 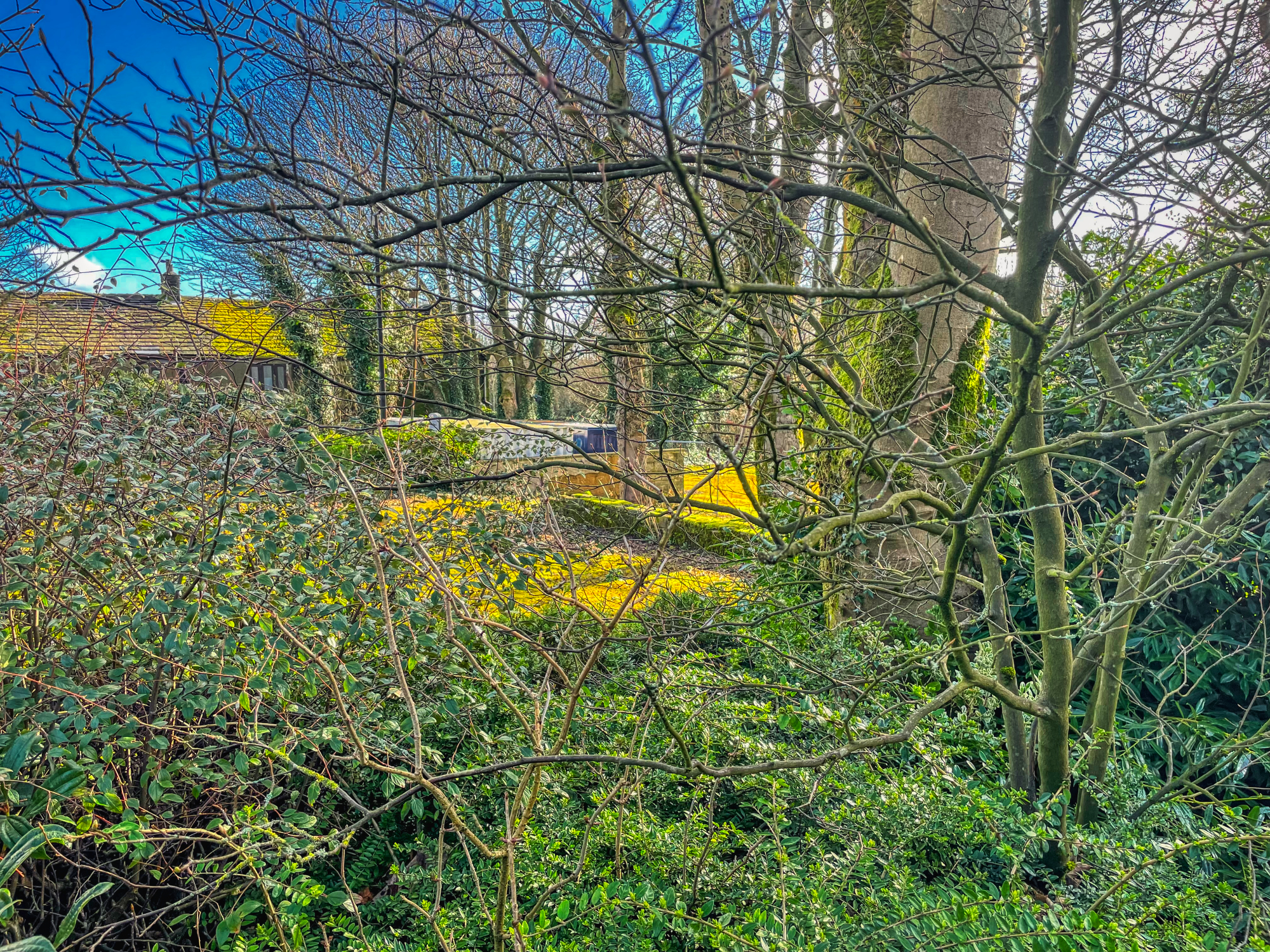 We bypassed what looked like it could have been an active cabin and snuck around the back. 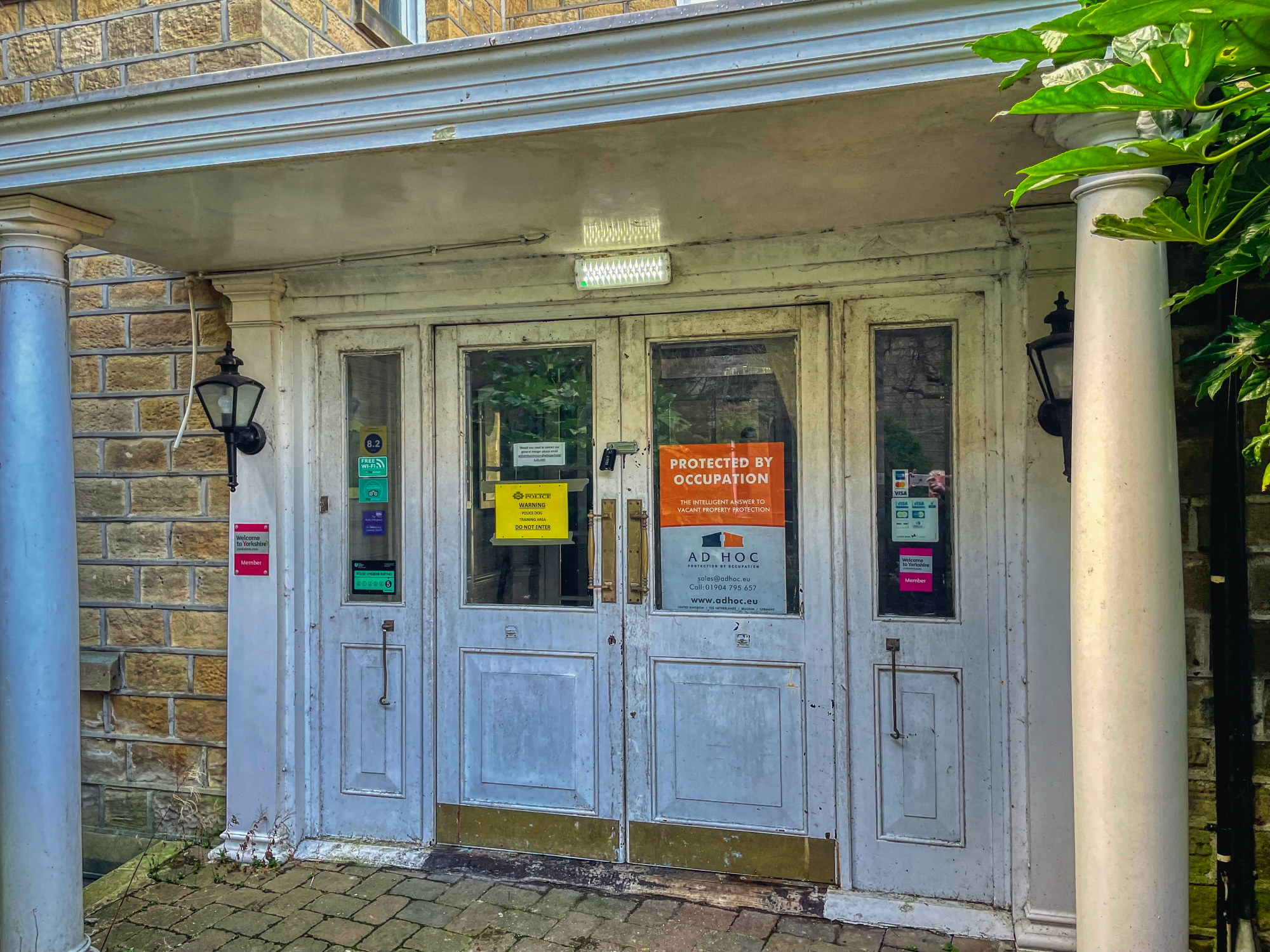 Others had been in; we had seen the videos on YouTube. Inside was as you would imagine, quite clean with some vandalism. 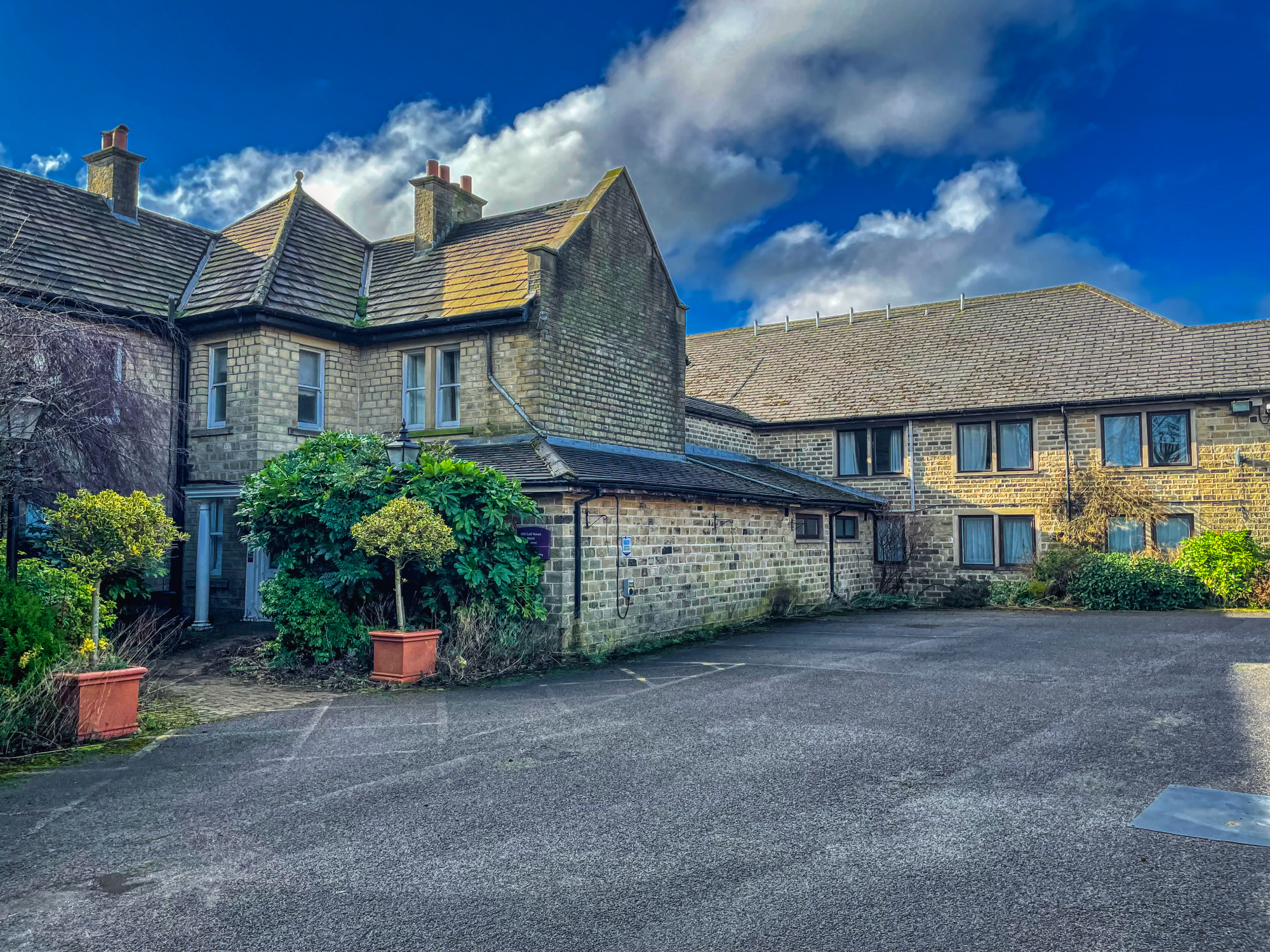 On covering the whole exterior I was quite relieved to find no access. 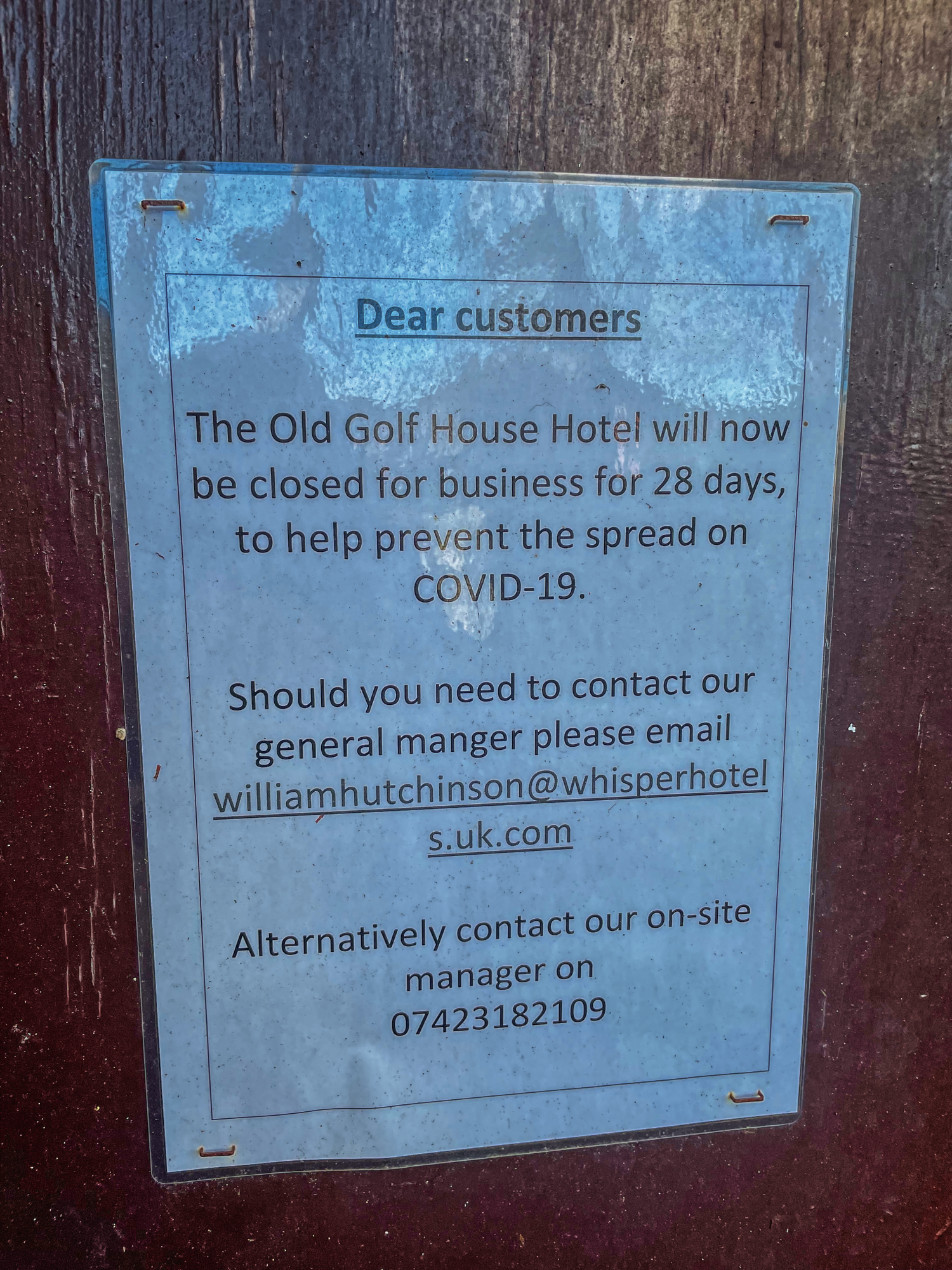 'The Old Golf House Hotel' has been closed for longer than this sign implies but it should not be an explore. 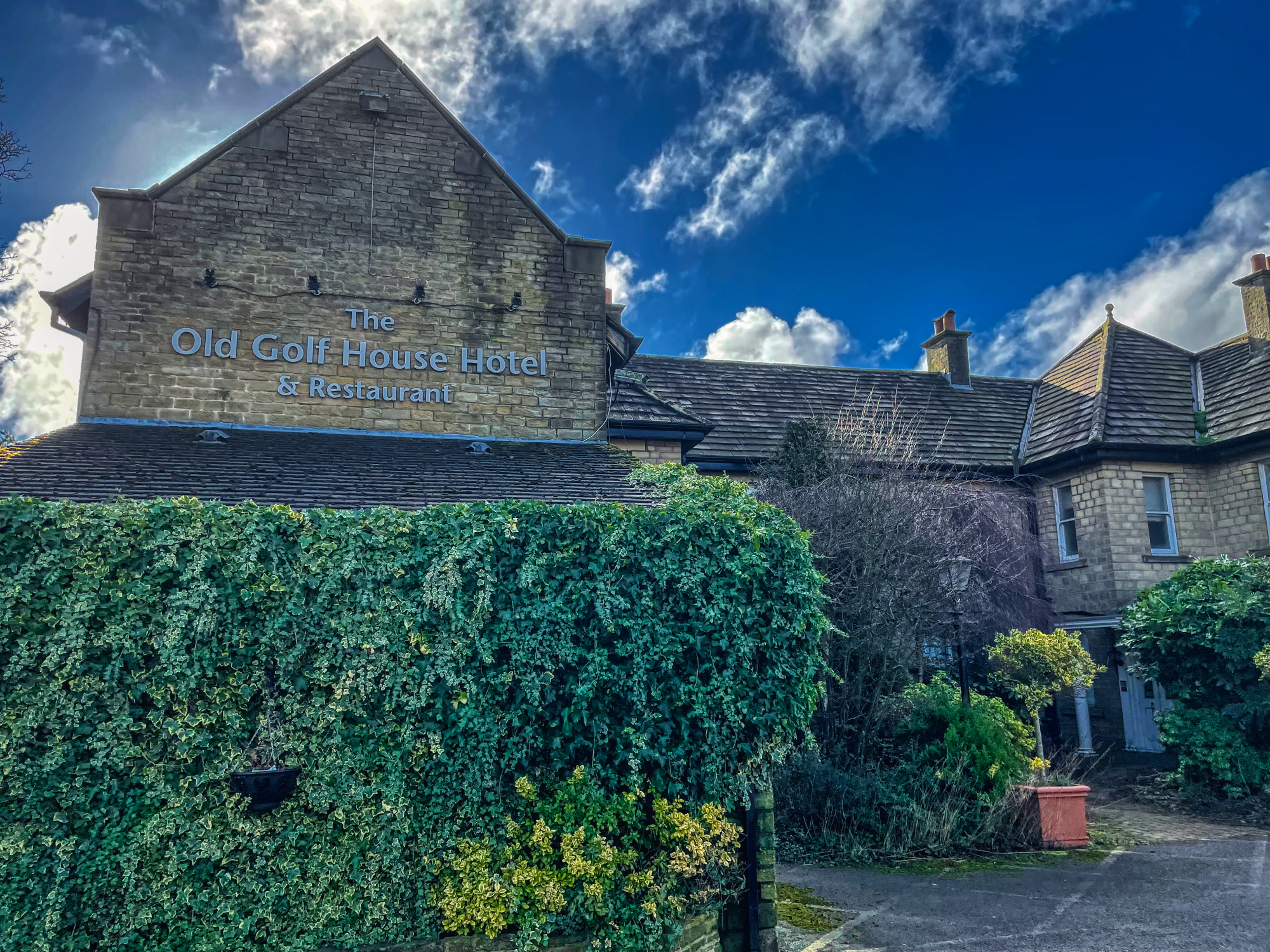 This same day we would meet the Mr. Angry I mentioned at another similar location. I think I have learned my lesson with these. Don't waste time and keep away.

It had been a long day exploring in Liverpool and this was added as an afterthought. Someone sent @anidiotexplores a tip-off that it could be accessed. 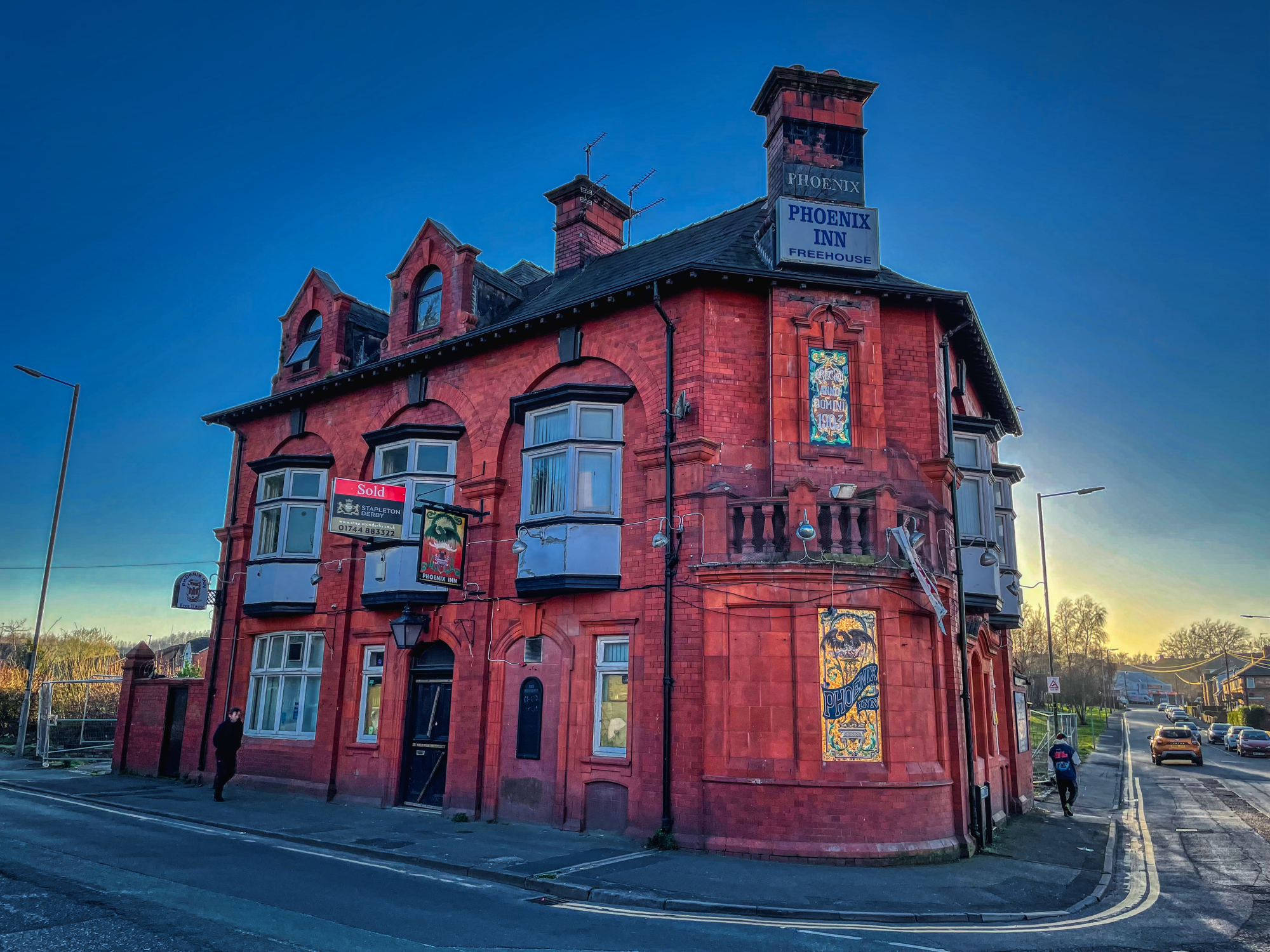 ‘The Phoenix Inn' was kind of out of the way, and we both could not have cared less whatever the outcome.

Part of 'The Phoenix Inn' had been ripped away and the surrounding area was a wasteland. The broken window looked too much of a climb and was very exposed. 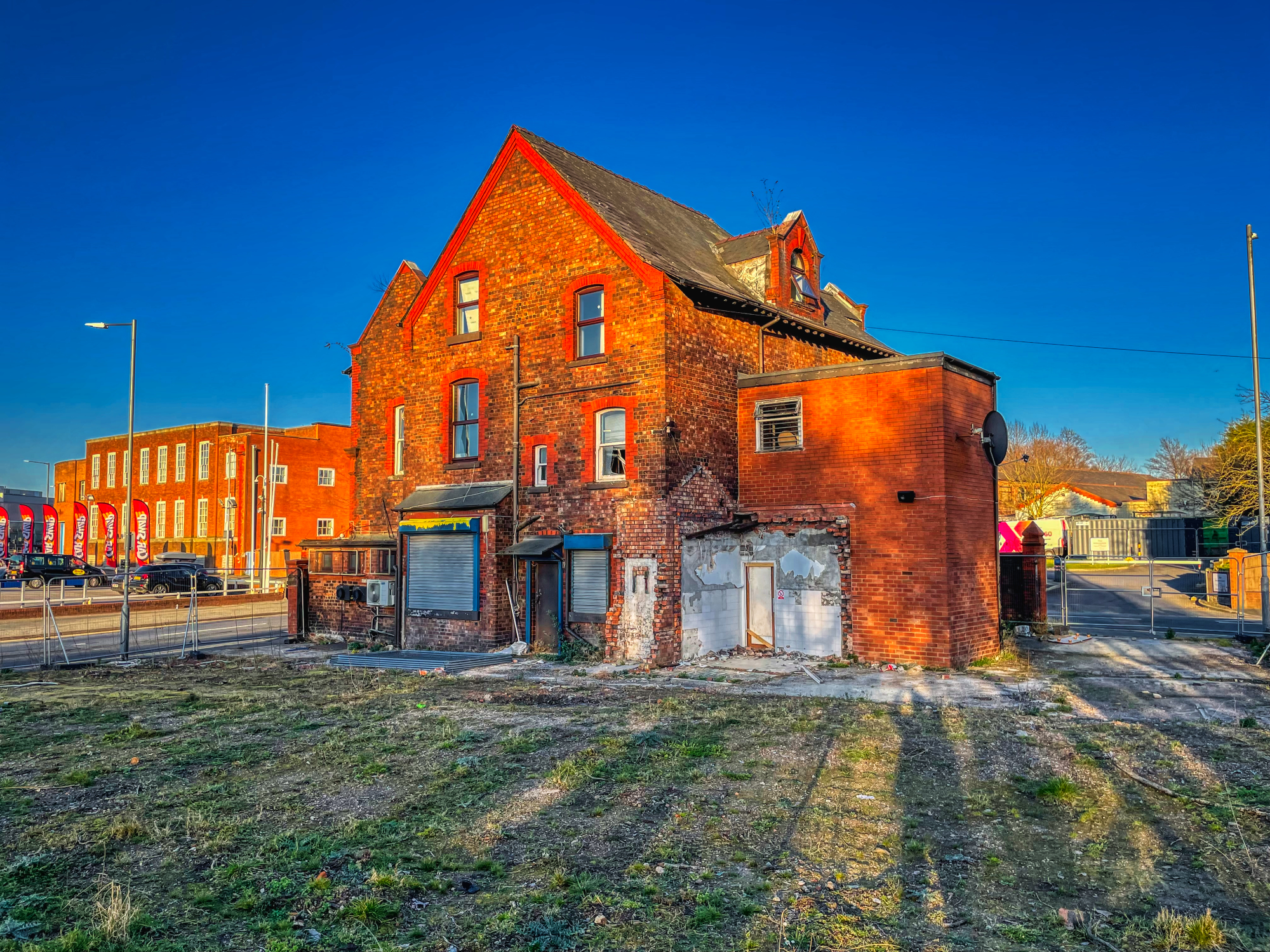 @anidiotexplores tugged at the beer barrels shutter which opened with a large clang scaring the shit out of us both.

Flooded again. Talk about deja-vu. This time it was seriously deep. 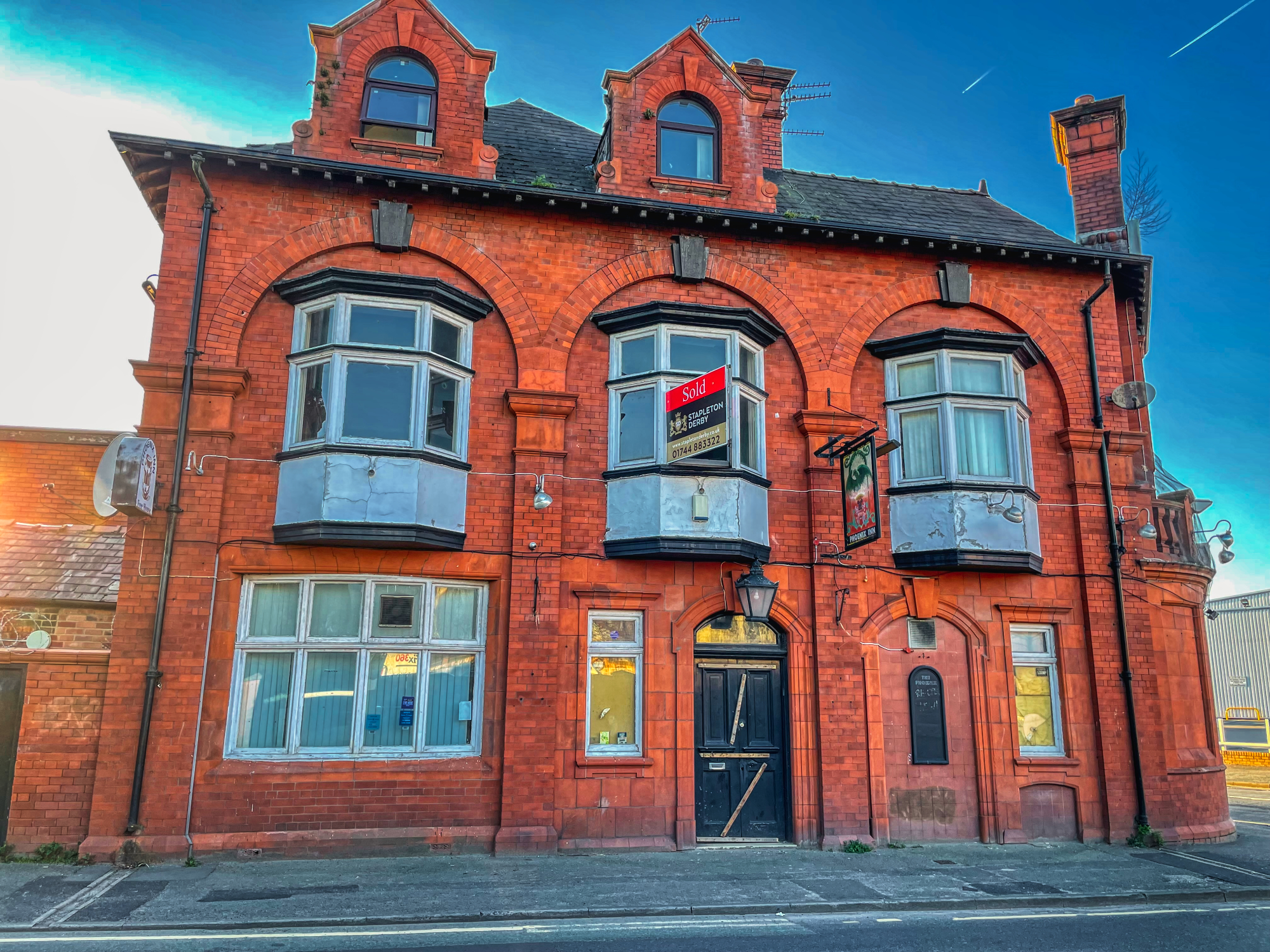 At the moment a local approached, a male youth, possibly in his twenties with zombie-like features.

I backed off in alarm fearing infection, but @anidiotexplores engaged in some small talk that I could not hear. It lasted all but a few seconds resulting in the zombie shuffling off. “He wanted to sell me drugs”, explained my comrade.

“I told him I wanted to get in there”

zombieman had then continued walking away from ‘The Phoenix Inn’ shuffling side to side mimicking the true undead. We left quickly, hoping my car would not already be surrounded by drug-selling ravenous flesh-eaters.

The first with the angry owner lol and The Phoenix Inn has such artistic value to their builds I love the look!

They made some lovely stuff in the 19th century. Much is being demolished, its a real shame.

On covering the whole exterior I was quite relieved to find no access.

Lol, so you still wanted to go inside!

Yeah, it is fun to explore old and abandoned buildings, but as you said "so the landlords' take extra precautions to keep them locked up."

The Royal is a unique architecture, this must be explored from inside. special the pointy missile top. hehe

Lol, so you still wanted to go inside!

I would have.., but it felt wrong. You get these feelings occasionally.

The Royal is a unique architecture, this must be explored from inside. special the pointy missile top. hehe

The missile bit might have been a small bedroom. Probably tough to get sleep there as it's on a noisy road. Looks good though.

Bloody zombies, I bet the drugs would have been rubbish but better than infection :0D

I did like that Royal though, it was a fine looking thing!

Bloody zombies, I bet the drugs would have been rubbish but better than infection

Why did zombieman want to get into the Phoenix? Bloody wierdo!

Maybe he was on auto pilot and was repeating the old habits!

I don't know why my comrade decided to speak to him. I mean.. 1) Zombie's are incoherent, and 2) They tend to rip chunks out of your neck. We were lucky to survive.

And they carry the apocalypse plague!!!

Thank you for sharing your photos; the first one is absolutely stunning!

did you ever stumble across an old heroin den?? brainnnnnssssss

Shaun of the Dead, what a classic!

I see lots of needles, and usually photograph them. They don't come alive and stab you (contrary to popular opinion).

That's a nice location there, nice photos too. Pretty cool places @slobberchops but better from afar for many reasons.
If it doesn’t feel right it isn’t. I do that too. I rather go away and find another one to explore.

I have a few of those.., little left. If it's an intact building I still go in, and hope I don't fall down some deep crevice!

I have seen others go into the one I planned tomorrow. I know there are holes in the floors, so will be careful. 😉😎 just hope it isn’t worse now. It looks like a castle but it only was built in the ‘90.

Did all that building abandoned because of the Covid - 19 pandemic? 'The Royal' seem to be a good fortress 😅

Did all that building abandoned because of the Covid - 19 pandemic?

No, pubs are closing everywhere here. A change in drinking behaviours.

A change in drinking behaviours.

Is that a normal thing there? 😱😱 I mean here at my area it seems impossible for this kind of thing to happen 😅😅

Hiya, @choogirl here, just swinging by to let you know that this post made it into our Honorable Mentions in Daily Travel Digest #1583.

Have you ever thought of creating a some sort of a live art exhibition of your visits? Or at least nft version, when the bears are gone.

I don't value NFT's that perform no function other than to look pretty. I think they are going to crash and burn in the future. Others, such as Splinterlands.. I have masses of. They do something.

The old golf course hotel would have been a nice one to see inside and the Royal. Actually the Phoenix also looks pretty cool haha. Too bad. Can't win them all I guess.

The royal and the phoenix look like lovely buildings. The mosaic outside the phoenix is very nice - its a shame when such buildings fall into disrepair.

Intricate detail on facades one wonders if perhaps this is ear-marked to save. Haha question answered Bank Hall barber shop owner gave you the evil eye!

Phoenix Inn has inviting features with bay windows, red brick exterior well laid out in style of the day. Mosaic coat of arms for name of building must have cost a pretty penny, perhaps this was once a smart end of town without zombie like figures stumbling around.

History rich in architecture found in this old city port, thanks for amazing tour around once again with excellent photography!

these pubs would still be at the heart of the community if the Uk hadn't adopted the eu nazi dictats on smoking in public places. exacerbated in the uk because one trumpet playing cunt died of cancer, stick that in your Guinness book of records!

and I am a non smoker!!! But a believer in free will,

fuckit i have had beer and my nose has burnt in the sun!

these pubs would still be at the heart of the community if the Uk hadn't adopted the eu nazi dictats on smoking in public places.

I am not so sure. Supermarkets and their cheap beer have contributed to all this.

yup thats a good point too

Hey @slobberchops, here is a little bit of BEER from @joanstewart for you. Enjoy it!