Another Gaming Studio That Focuses Upon Hive

This could be Hive's motto. It doesn't matter where we look, people on Hive are taking action. While we might be smaller in numbers, especially with developers, we still have a lot of projects that are moving things forward. This is supported by community members who are willing to pitch in where they can.

In the end, with powerful infrastructure being developed, Hive will be a destination for those looking to build.

We just got a recent announcement of a gaming studio that is going to focus on Hive.

Standing Tall In The World Of GameFi

Everyone is aware of the impact Spliterlands made on blockchain gaming. It quickly (a few years) became one of the top GameFi options out there. This brought a lot of people to the Hive ecosystem since it utilizes the Hive account management system in the game.

We see this concept expands with the Genesis Soccer (Football) project which is presently doing an airdrop to SPS holders. Obviously, both are integrated into Hive-Engine, the second layer smart contract platform tied to Hive.

One game that is capturing the imagination of many is Ragnarok. That is evidently getting close to opening up in beta. Many are excited about the potential there. That is a game that is going to have all in-game assets purchased using the Hive Backed Dollar (HBD). All money will be put into savings, generating the interest payment that will be used to offer the rewards to the players.

This is an underappreciated feature of Hive that games will eventually tap into.

Finally, we have PsyberX. This claims to be the first blockchain shooter game. For the last year the team was posting on Hive, dropping crates to those who go involved, and generally supporting the community. Different members of the team can be found posting under their own accounts.

Now we have another joining the frenzy.

We got a post from Surgent Gaming discussing the problems they see in the gaming world and what they intend on doing to solve it.

The article does a terrific jobs of explaining the issues as they see it. However, here is what the view on blockchain gaming is.

Some of the most popular blockchain games right now no longer have an "affordable" entry point for new players due to the "early bird" advantages offered in many presales. Other games unintentionally isolate their communities by requiring the purchase of assets (NFTs) that have ballooned in price beyond what would be practical for new players. Too many blockchain games are fostering exclusive clubs of competitive investors that hinder their growth.

This is something they seek to solve utilizing Hive. One of the problems that other games have is they are build on systems such as Ethereum which carry a much higher cost to operate. This turns gaming into an investing mindset since there really is no way for the average person to get involved without a pile of money. Everything tends to escalate in price when the most basic feature, transactions, carry a hefty fee.

They also have an interesting partnership annoucement. 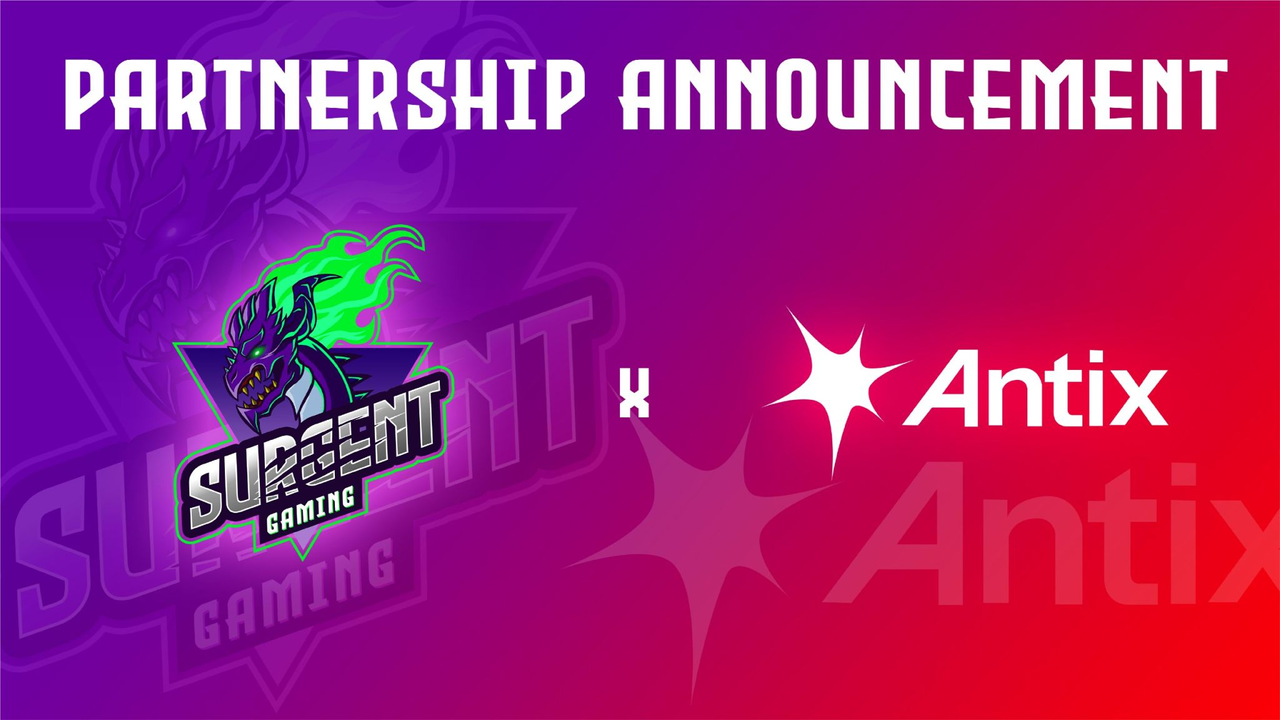 Of course, the best news came from the comment section where the games, which are intended to utilize the same NFTs (a novel approach), will reside. 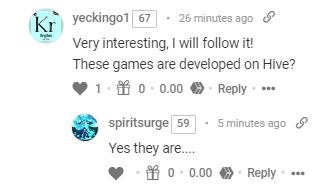 Hive is a grind. We trudge along, without massive leaps. The progress we enjoy is more on an inch-by-inch basis. Fortunately, we have a lot of different projects advancing each week.

This could be another one to add to the mix.

For the last couple years, Hive relied upon Splinterlands since that was the only application or game to reach broader appeal. Many on here stated the goal of Hive is to get half a dozen applications to enjoy the success of Splinterlands.

To this point, we still are looking for #2.

That said, we could find ourselves in the situation where the next few crop up almost simultanously. We have a number of projects that are working hard, moving closer to the point where they have the opportunity to pull in thousands of users.

Could Surgent Gaming be another one?

Obviously, there is no way, at least from the article, to know the progress of the development or how close they are to releasing anything. Nevertheless, this is another entity that is going to by part of the future path of Hive.

This is an ecosystem of start ups. That is really how Hive is operating. We have a bunch of entities with shoestring budgets (or none at all) who simply put whatever efforts in they can. Over time, as more people help out, things start to progress.

It is a much slower path than garnering centralized venture capital money. However, as we recently witnessed, it is a much safer path.

Each new addition helps. It is another lottery ticket.

Who knows, it might become the next big thing on Hive.

This is the kind of stuff I like to see and I'm gearing more towards learning more about the companies and supporting them. There's massive potential to onboard so many people on to hive.

I think Splinterlands did it best. Build on hive and create your own community token on hive to share your gameplay, strategies etc. These are the things that have potential to really grow hive and demand for hive as these applications will need more hive to run as they start to compete a bit for resources.

Market Hive to developers, have the apps and game market to their users.

That right there is exactly right. Hive should be more dev focused and those front ends has massive potential for brining in floods of new users that can then stumble into other areas of what hive all has to offer. It's growing for sure and what's crazy is I think it's all growing more during one of the worst bear markets for crypto which speaks a lot to what very well might happen when the next bull kicks in.

Keep them coming! This seems very interesting though their partnership info is a bit vague. It could be just them using tools from Antix and calling it a partnership but still... Two games in the works. Hive is growing every second.

Yeah the details are not there but we will see what they update with. Hopefully we will get some more infor regarding the progress and plans.

Very interesting. I had not seen that post before. I am glad you pointed it out. I do feel like we need some original games here on the chain. Many of the ones we have seen in the past were basically just recycles of existing games. Getting some new intellectual property will be a really good thing for the chain.

Anything is helpful at this point. We have a lot of building going on and this is just another example.

For sure, that would be awesome.

Hive is developing and I won’t be surprised if we attract a big company in the future to build something here, it is a gradual process and I’m very sure something big is coming to hive. One step at a time

I am not sure what interest a big company would have in Hive in the near to medium future. Certainly if there were 50 million acounts, that might hold some interest. However, we are a long way away from that point.

With more games in developments, we are eventually going to have game(s) that can replicate the success of Splinterlands. The way I see it, we are going to be very busy around here glued to our screens hours upon hours daily.

It would be good to get another couple that reach the level of Splinterlands. I do not know how soon that can happen but that should be the goal.

Exciting times! I love seeing the development and growth happening in every nook and crannie of Hive! What we have here on this amazing blockchain is already incredibly exciting! I can't wait to see what is to come! 😁🙏💚✨🤙

There certainly are a lot of tentacles forming. Each one that extends a bit further out brings more potential.

We are still awaiting for a few to break through.

Indeed, true, though my hope in that regard is that the infrastructure here is ready for such a breakthrough and subsequent influx of people. We're doing really well overall, though there are still gaps, bugs, inconsistencies which need to be fully worked out before we are actually ready for millions of people appearing here. 😁🙏💚✨🤙

That is exactly it..."No hype, just building."...I even talk to friends who are programmers about Hive and with time and continued effort it will grow. The technology is so far ahead of the competition at the moment. I was watching the Crypto Vigilante and the progress on BSV and it just seems way behind. Plus the power of DPOS is key to me by creating HIVE from incentivized usage.

Hive has a very interesting DPoS structure. It really does bring a fair amount of decentralization to the system since the coin voting doesnt directly to the number of blocks the consensus witnesses produce. They all get the same (in the Top 20) regardless of the voting totals.

Not being a gamer, hard for me to judge the exact degree of it.

But we can go with awesome as the barometer.

This is great news. Hive is a older blockchain with fast, free transactions, free sign ups and a large community. I think it’s a great place to launch a business

I think it’s a great place to launch a business

I would say there are many good reasons to build on Hive. Starting a business is not easy; helps to have a community that might help out.

Ragnarok is much anticipated. Looking forward to seeing how it works. !CTP

That is another in the works that has people excited.

I think the early bird advantage still exists in blockchain games. It makes me wonder sometimes whether or not the max print of the early cards hurts the game or not. I think the only game where it isn't as apparent is in Rising Star because it's based more on your stats. Of course, they closed the millionaire card print but I don't think it affects the gameplay as much.

Thank you @taskmaster4450 for calling things as it is...I appreciate posts like these that keep a healthy dose of realism and aren't going "LFG and WAGMI" all time (These have their own place)...

Surgent Gaming will openly welcome skeptics of all sorts...preferably Gamers as they are our prime users... the feedback is invaluable when building...

To answer the single question in the comments:
a) @jerrythefarmer Partnership info is vague: We have a signed contract where we are stated as partners... It is by design, we will reveal their role (not small at all) when the time is right...also you can find the partnership announcement on Linked In..

Yes I am doxxing myself completely for this project...it is the only way to onboard web2 users onto hive which is my intention..