In an attempt to see a push towards greater decentralization, we are seeing a number of teams working on projects that could solve the problem.

It appears the goal it to create a system where communities can inexpensively tokenize themselves in a decentralized manner. This was significantly add to the appeal of Hive while adding more utility for the entire ecosytem.

Over the last year and a half, we saw the value of tokenization. Hive-Engine provides a terrific opportunity to enable easy token creation. This led to the development of many different innovative projects, some which are starting to take off.

Nevertheless, as with most things, standing still is not an option. Hence, it is the focus to take things to another level.

Many discussions occurred covering some of the issue. Without rehashing them, it looks like one project team is starting to reveal their concept. @dlux.io was a VR platform that was started on Steem. Since the fork, we did not hear much about the team yet, suddenly, they have a solution that might help Hive.

In a recent post, the team explained Decentralized Limitless User eXperiences. This is a side chain meant to offer tokenization to the Hive community, much in the same way as Hive-Engine. This was evidently in construction to service their platform. Since it was tying into Hive, it appears that adding to it is not that difficult.

Their site already has a dex being built in. Tests were run utilizing the DLUX token as well as HIVE and HBD.

From the user standpoint, it will operate a lot like Hive-Engine. However, the main difference is in the decentralizing of the system.

Here is how the article described it:

Much like Hive Engine, Decentralized Limitless User eXperiences tokens exist on a "side" chain. Roughly speaking this means that state (the current facts, the state of things) is changed solely by on chain transactions. Where these two protocols differ is Hive Engine is a centralized service, while DLUX aims to be a decentralized service. Relying on the cryptography of HIVE DLUX would meet the standard definition of a block chain.

The key is the decentralization. That appears to be a problem for many. For this reason, many believe SMTs are still the best option. It must be noted this is not a replacement for that yet an additional project. Essentially, we are seeing another team looking to provide more resources and options to the Hive community.

So how will it be decentralized? The article didn't clearly opine about this but we did get some insight in a comment made by @disregardfiat.

It seems the nodes for the tokens will be spread out among different people. Thus, we will have many different parties who are providing resources, focusing upon the tokens they are involved in.

Another interesting aspect to this is the fact that it is a keyless system. Instead of being one where keys are required, this is a swap system similar to what Uniswap uses. Therefore, we are seeing an escrow system being established among Hive accounts.

For more in depth details, these two articles are extremely helpful.

Essentially this is looking to provide the protocols for Hive DeFi. Just like Ethereum took off based upon the ability to create tokens utilizing the ERC-20 protocol, DLUX seeks to do something similar. However, instead of just providing token creation ability, it looks to generate an entire platform which upon DeFi can be built.

The first article linked discusses the idea of replicating something that is already succeeding. With the success of Ethereum, there is little doubt this service has utility. However, as many quickly find out, the drawback to that realm is the GAS fees, especially during times of high activity.

Hive offering fast and fee-less transactions was always a major benefit. If this project achieves its intention, we could see something similar to Ethereum DeFi minus the transaction fees.

Do you think that would be appealing to people?

Imagine being able to put together collateralized pools that are run by Hive account holders. These accounts would be responsible for the consensus of the tokens while also providing the collateralization. This would run all the transactions for that token.

Could this be a breakthrough that takes Hive to another level? We will see.

The team is presently at Hivefest on Sunday at 5 PST.

@pixresteemer 70
over 1 year ago

Yes, one of the keys here is how the decentralization will be achieved? How will it be sponsored and governed?

I am all in for home-based lightweight nodes with some rewards system in place. Valuable rewards, not to get rich yet to be compensated and reasonably rewarded. Lightweight and with easy setup, easily connectable into the net.

If you think of it, is Hive really decentralized? How many witness or API nodes are there fully functional and reliable? Where do we say that a network is decentralized and distributed? With 10, 50, over 100 nodes?

Currently, eight Hive API nodes are fully operational. is this decentralized enough? I am talking about utility here. Governance and control of the network is another question, of course.

8 is a much improved number over Steem but not nearly enough in my opinion.

Plus where are they located is another question. Are they spread throughout the world and are they on different networks.

Or are they on the same server farm? Yes, true!

Thanks for the coverage! The only thing I'd like to correct is my appearance in AltSpaceVR will not be associated with HiveFest. :)

Sorry about that. I just put 2 and 2 together and came up with 5 obviously.

This may not be the definitive solution, @taskmaster4450le, but it is very promising and hopeful to see how many people are working to solve the problems.

Very interesting. It sounds like it would be another site that I need to bookmark and start using. There are so many of them! It is hard to keep track of them all. I like the thought behind this. Being keyless is nice as well as the decentralized aspect of it. It definitely seems like that would give it a bit more flexibility. I also like that it is something that can be built upon and utilized by other projects to help grow the Hive chain. We'd have to buckle up if DeFi came to Hive!

Dlux is always pushing the limits. Looking forward to this.

I think it is very important to have a decentralized alternative to Hive Engine because, as much as we can trust the people who manage the exchange, especially for new users it would be a safer added value.

If we can then bring DeFi to HIVE, well I'm sure we would take a big leap forward, in every sense.

If we can then bring DeFi to HIVE, well I'm sure we would take a big leap forward, in every sense.

The idea of modeling it after Ethereum without the fees is exciting.

Let's see if they can pull it off.

well if this is reasonably decentralized it's basically what we need. if it can run smartcontracts like on ethereum...

Do DLUx need to create a Hive proposal for it? Let test and officially integrate with Hive.

I heard first time about DLUX and surprised something like this is already existing in hive. 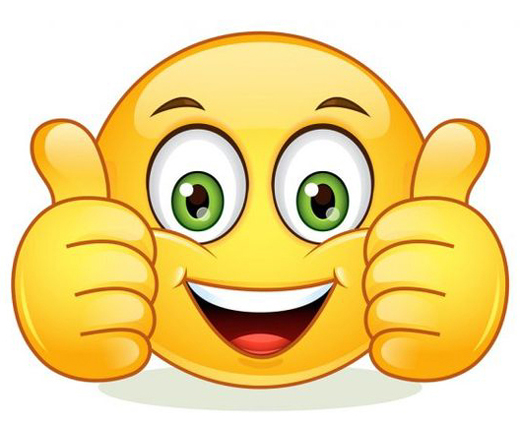 If a totally decentralized solution was found, would there be any need for hive engine

"come build your tribe for free... that's right FREE... no more hundreds of dollars like before when I was just money hungry." - @aggroed

hive defi that sounds great. So it will provide liquidity of eth , btc and others. It also enables swap exchange. cool