At what point do we cross the Rubicon towards mass adoption of cryptocurrency?

That is hard to point since there is no percentage that will set things off. What we do know is that the number of people involved in cryptocurrency is growing. The key is to consider that it is one of the faster rates for technological penetration.

Ultimately, people are slow to change. Couple this with the fact that a great deal of infrastructure is required when developing something completely new such as a crypto-economic system. However, the continued progress forward by many development teams is resulting is greater gains.

These are starting to be recognized.

While the thought was that cryptocurrency adoption would come from those nations with a sub-par banking and financial systems, we see the world's leading economy holding up strongly.

The United States has its share of unbanked citizens. Cryptocurrency solves this problem. It is estimated that about 25% of the US population is either unbanked or underbanked.

To figure out where cryptocurrency adoption stood, the Federal Reserve did a survey. It questioned 11,000 individuals.

What it found was that 12% of all adults owns cryptocurrency. That means, with an adoption population of 258 million, there are approximately 31 million cryptocurrency holders in the US.

One fact that is falling in line with the traditional system is:

The Fed also found that poorer Americans are more likely to pay for things in crypto. Those who held it for investment purposes were disproportionately wealthy, with 46% having six-figure incomes, and a further 25% earning between $50,000 and $100,000. 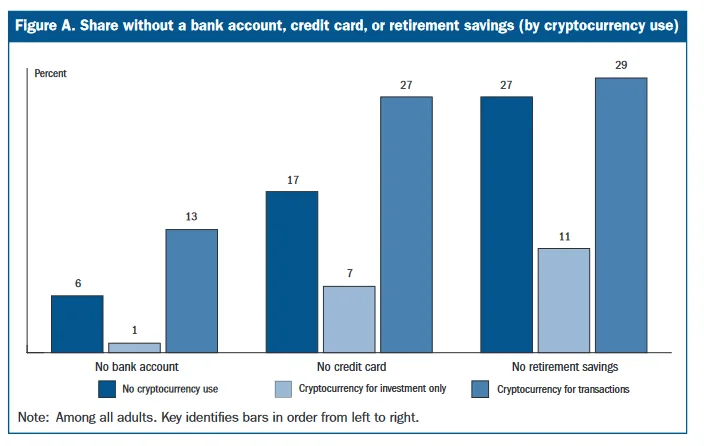 Obviously we would like to see the lower rungs starting to accumulate some savings and start the wealth generation process through cryptocurrency.

Either way, the numbers are growing.

The EU Is Holding Its Own

Not to be outdone, the ECB conducted a similar survey within its geographic region to determine how cryptocurrency adoption was shaping up. It found results similar to the United States.

Surveying 6 countries, they found that 10% of the adults own cryptocurrency. This is in the ballpark of the 12% the United States has. At this point it time, this might be the range for the developed world.

Another similarity was the income bracket for those holding cryptocurrency.

Across all of the countries surveyed, investors in the fifth income quintile (or the wealthiest 20% of the population) consistently had the highest proportion of cryptocurrency ownership relative to other income groups.

Unfortunately, this should not come as a surprise. For the most part, the way to get involved in cryptocurrency is to buy one's way in. This will obviously favor those who are in better financial standing. The lower rungs of the economic pie cannot afford to participate.

In this sense, cryptocurrency is exclusionary.

One of the advantages to Hive is people can get started with no money whatsoever. Through blogging, commenting, and gaming, there are ways to get rewarded in cryptocurrency. This means that one's activity is able to generate some holdings. Over time, this can grow.

Of course, when one really breaks it down, #Move2Earn is the epitome of this. Here people can be rewarded for the daily activity they undertake.

This is becoming a rather popular topic of conversation within the cryptocurrency realm. Couple this with #Play2Earn and we see how things are starting to expand. This should help to increase the inclusiveness.

It will also grow the number of users.

At the end of 2021, it was estimated there were 300 million people involved in cryptocurrency globally. If this was true, it is a number that likely increased over the past 5 months. 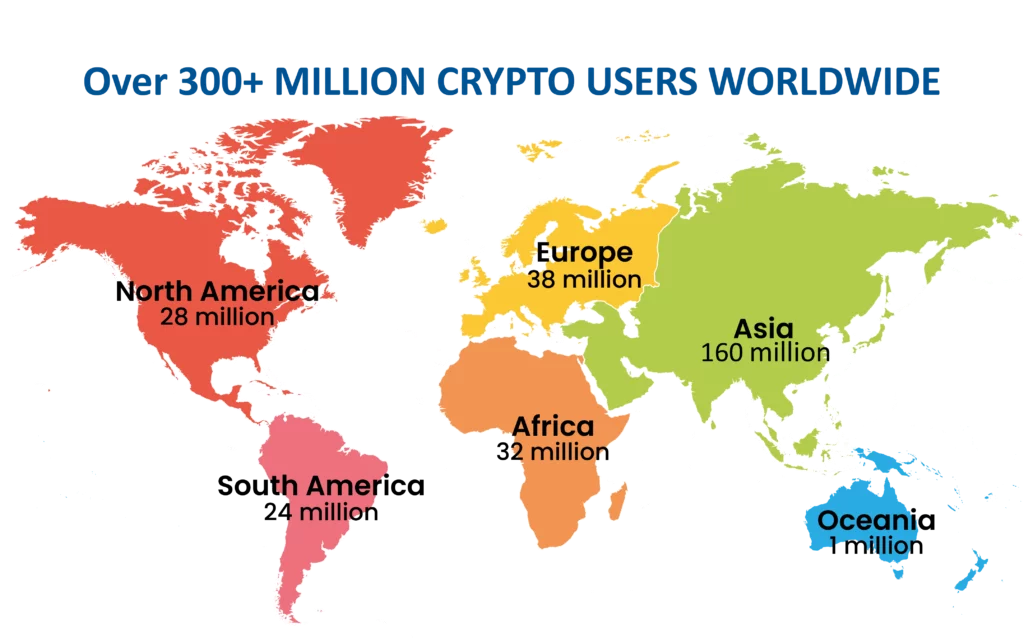 While it is hard to get accurate numbers, if the growth rate is 20%, we are going to see the numbers grow by 60 million in 2022. Many feel the rate is much higher.

The next wave of entry will help to push the entire world towards mass adoption of cryptocurrency. Once we see the global numbers reaching roughly 10%, the path likely turns exponential.

To get to that point, we still have to advance the entire industry in terms of Ease of Use. At present, we realize things are still too "technical" for most. That said, we are now seeing progress in that area.

We can see from the Internet, how the growth rate can proceed as more users are added. This is another realm that was once thought to be too "techy" by the average person. 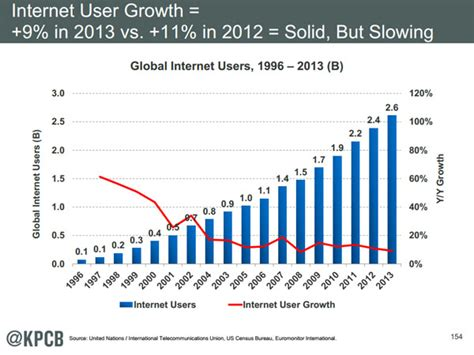 Notice how in the early days the growth rate was very high. Of course, operating from a smaller user base was the cause. As time passed, the growth rate declined but the number of users added each year increased.

There is no reason to think the same thing will not happen to cryptocurrency. We are probably not too far away from adding a couple hundred million people in a single year. This will keep advancing throughout different parts of the world as people start to encounter others who are involved. Word of mouth is still the best for of marketing.

What are your thoughts? Do you think things are going to start getting very exciting within this industry?

Let us know your thoughts in the comment section below.

Mastercard seems to believe that mass adoption for cryptocurrency is near.

And this gonna continue man. This is only the beginning of the cryptoage hehehe

glad we are here already having ourselves positioned ahead of the masses.

I am pretty much convinced to say, Yes, the adoption has grown and will continue to grow much faster than before.
I have witnessed it around some social medias.

Well the simple law of numbers. A doubling from 10 million people is a big jump in percentage. To get that same growth at 300 million is only a small percentage.

It is obvious that crypto and blockchain literacy rate is growing in young and middle-aged population, even my 9 year old son is familiar with BTC and few other tokens. The future is bright somewhat, because unlike other commodities and derivatives this community tender (crypto) works in a very different way, it has strong validation process that is once done cannot be redone.

It will sure take some time 10 20 30 years but it has paved a way to change the financial system. A revolution itself.

Another few hundred million people would really do wonders.

It will only grow. Now they have some numbers/stats to look at. Europe and the US are close.

They just have to go with it, they can’t say no any longer to the adoption.

It would be interesting to see what they would be in the developing countries. Nigeria seems to have terrific penetration rates.

Yes, those areas would be indeed interesting to see the stats from. As they are adopting it fast… the people.

I think we are already seeing some good "springs" of growth throughout the world. Venezuela and Nigeria are two of those where word of mouth is causing crypto to be adopted at a record pace. This is very encouraging to read. It's like the slow climb on the roller coaster!

There is a lot of growth taking place which doesnt always feel like it.

However, we need to keep focusing upon the fact that we are still in the building phase. It is this path that will attract the next wave of users.

And yes, there are a lot of green sprouts taking place. We just need to water them.

Hive has got alot of amazing ways to solve money issues we've got in this world today. It will not be a surprise if Hive is accepted over other coins.

We will see what happens. There is a lot of things being developed.

If it all comes together, we could see something magical forming.

Definitely on the lookout.

Hoping to have more adoption very soon and expecting more countries too to actually take it as a legal tender very soon.

It will keep spreading. There is a lot of development that is going to attract users.

much more to come

Had a crypto chat with a friend few hours ago, she was amazed to briefly know about Bitcoin and Hive, one thing I liked about her is she expressed value to my wallet that I showed here which have been reduced to have by the bear market, she did however expressed its complexity, which I will have to slow down and take it one at a time with her when I get her onboard Hive.

Word of mouth is the way, one of the ways we can contribute towards adoption.

If we each bring in another person or two, we will see things grow to historic proportions.

I think it is going to be very exciting for cryptocurrency once we can create applications and games that rival existing companies. At this point, crypto is in its infant stage and we can start growing larger than the centralized companies if we can put forth good applications.

I still see having to deal with the keys as a barrier to people getting involved when instead it should make them feel more secure. It operates 24/7/365, you don't have to have a checkbook, fill out deposit slips, pay for and write out checks or wait as much as a couple of weeks for checks to clear to get your money. And Hive doesn't cost anything to get started. Just a bit of elbow grease putting in the work of getting engaged, doing some research, blogging, curating, etc.
!CTP

Crypto popularity in Ghana is growing each day. It's no surprise that some shops in Ghana accept bitcoin as payment for products and services. We'll get there eventually. Thank you very much, sir.

It's too fast if it will happen in a year or two. Preparing for materials to onboard my community.

Definitely things are going to get interesting and blow up in countries with lower per capita income/ disposable incomes that is one of the barriers in the crypto world.

I too was excited about crypto but didn't really have spare cash to invest post pandemic. The Hive ecosystem enabled me be a part of this world, blog and earn, learn about crypto, and really meet cool people.

I feel that I was being force fed by traditional social media and I consumed nonsense for years. Until I was introduced to Hive.