Elon's $8 Answer To Bots: People Get Paid On Hive

Elon has proposed the idea of having people verify they arent bots by paying $8 per month.

In this video I discuss how we see people being paid on Hive, another contrast to Web 2.0. While Elon is bringing a new model to social media, it is not novel for Web 2.0. Paywalls are commonplace, a problem with how things are progressing.

Hi task, you've mentioned your proposal or plan a time or two on your podcast (a .doc perhaps?). I looked around lazily, but didn't find it. Got a link?
!LUV

Happy seeing you today in a video

Elon has proposed the idea of having people verify they arent bots by paying $8 per month.

So he is saying that bots cannot (unable to) pay? I like Elon Musk in general, but this idea is very stupid. Transactions can easily automated. Actually it is one of the easiest things to automate.

But the point is spammers aren’t going to pay. It will work as intended. But it’s outdated and Elon is admitting he wants digital ID end goal. It’s not good that I agree. But obviously it will work to stop bot scams.

But the point is spammers aren’t going to pay.

Are you sure? Their owners can easily set it up. Probably their bots generate much more than $8 USD per month for them, so it would worth for them. But hopefully no one is not going to pay. There are other, better ways to verify that the user is human, and not a bot.

Hive is yet to prove long term sustainability of its model. Especially if it takes off to use levels comparable with other social media out there. It is good that Hive can be developed without rush in steady pace, I believe in some aspects we are already "overdeveloped", that is, prepared for much more traffic than we currently experience and/or allow (cough, cough, max block size). However important parts of second layer, Hivemind in particular, still need work.

As for Twitter. With the global enterprises like that, there is always a problem: what is cheap in one place is prohibitive in other. If the proposition is to have dual system - you pay, you are the customer, you get extra features and freedom of speech, or you don't pay and therefore you are the product, that is going to keep being moderated and molded for Twitter benefit. It might work. Although if it turns out being cut along geographical lines, it might be better to make two/more separate Twitters that don't interact with each other - one paid only, for developed world and the free one for the rest. Bots would not be as common in paid version due to fees, and would avoid unpaid version due to lack of incentives to run there.

If bots can generate enough benefits worth more than $8 before getting banned, there will still be bots. It may now become a “cyclical business”.

I've been calling out Musky boy for a long time. Glad people are wising up to his shenanigans

His goal is centralized digital ID. He isn’t a good guy or in this for freedom. It’s true!

I was never into the subscription or paywall method for things as I saw how it transformed games. In the end, I don't know if it will solve bots but I think the system might be more fair towards those who want to get verified.

Can't argue with any of the points you made. I doubt this new paywall will solve any problems. For what it's worth it will probably make them worse. Aged and verified accounts were a lot more expensive than $8 on the black market before this change, now things become so much easier for the scammers. 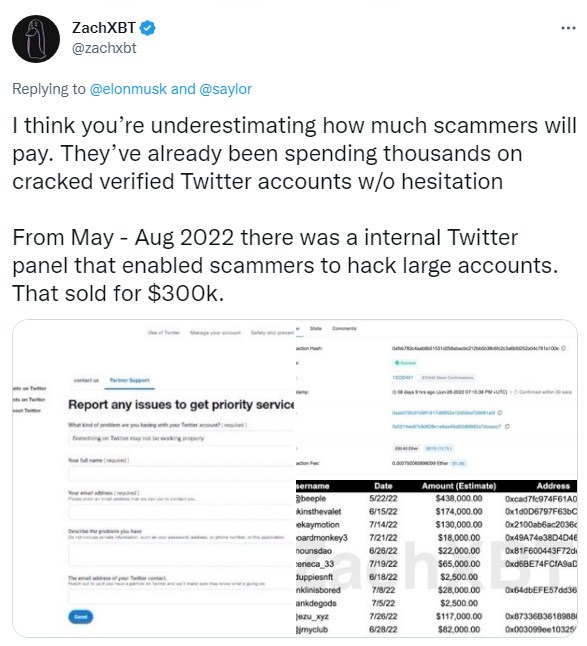 Hive is the ultimate blockchain. There is no second best. Growth may be slow but at least it is organic.

!1UP Elon answer to everything is paying a fee that ends up in his pocket; while, here on Hive, the answer is decentralization. Who will win?