The Fight Over Intellectual Property And Copyrights

Here is a situation where the government is completely unable to operate. For the last 20 years, it showed itself to be inept against illegal file sharing. This lead to making copyright laws, at least as it applied to music and movies, pretty much useless.

This is something that is being theorized to spread as we delve deeper into the digital world. @theycallmedan and @starkerz discuss this regularly on their podcast, Community Token Talk.

In fact, we have a real world example that exemplifies what is taking place. What is really interesting is to watch how the response is the same as 20 years ago. At that time, Napster introduced the world to file sharing. This got the record companies, in particular, upset. They quickly realized they were losing millions as kids started downloading copies of music.

Their solution was to sue their customers. Actually, since many were minors, they ended up going after the parents. This, of course, did not work and ended up with many of those companies going bankrupt. 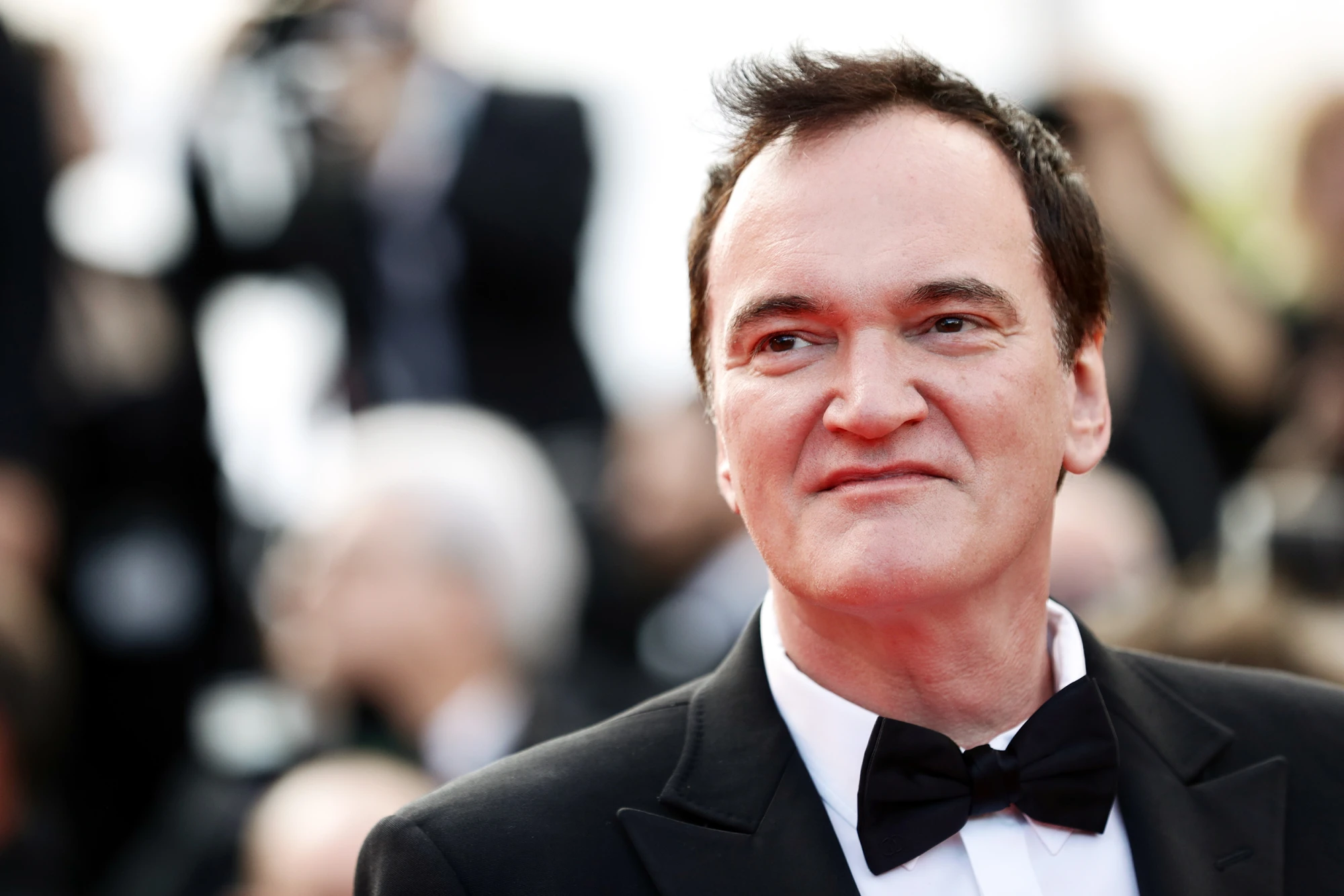 There is no doubt Quentin Tarantino is one of the most recognized names in Hollywood. About 25 years ago, he did a film called Pulp Fiction. It became a hit and reinvigorated the career of John Travolta.

The film was put out by Miramax. That gave it all rights to the film. In the past, this was pretty straight forward. Now, we are entering muddy waters, at least legally.

Miramax claims that Tarantino signed away his rights. Thus, his plan to sell NFTs relating to the film is infringing on the studio's property rights.

In the suit, which was filed in federal court in Los Angeles, Miramax argues that Tarantino essentially signed away rights to "all media" for "Pulp Fiction" in perpetuity when the film was under development in 1993.

This is fairly typical in the copyright world. However, for now, it is how things operate.

All of this stems from the idea of selling NFTs of the script that he wrote for the film.

From this article we have:

Tarantino recently announced that he will sell a series of unique non-fungible tokens, or NFTs, based on his handwritten screenplay for the 1995 Palme d'Or winner, a movie described by the Cannes film festival as a set of "dime-store stories set in lowlife LA."

The script is in his rights, but there are pieces that will appear in the NFTs that are not.

The lawsuit by Miramax, which produced the film and is owned by Bein Media Group and ViacomCBS, alleges that Tarantino also plans to sell NFTs of page scans and digital film props.

To most of us, this would seem fairly petty. They are basically suing over images of props. But that is how these companies deal with things. A line in the same is drawn. This is understandable since it is vital they protect their intellectual property rights. After all, it generates them a large revenue stream.

Ultimately, we will likely see some settlement between the two. What this case does show is that we are embarking upon something completely new.

Certainly Tarantino thought he was fully within his rights when he started pursuing this idea. It does not look like there was any outright malicious intent to infringe upon the property rights of Miramax.

This does, however, open up the door to something not dealt with before. It also epitomizes how the present government system is completely impotent in this arena.

Let us, for a moment, presume Tarantino was willing to ignore any potential property claims. Perhaps he wanted to get this out there and benefit from it. How could this be accomplished?

Here we see the entry of the DAO.

Tarantino could have set up a DAO. This would be the holder of the NFT that is tied to the script. From there, the tokens could be distributed. Of course, it might be best if Tarantino's name was not associated to it. His lack of anonymity in this instance could open him up to legal action.

Once the DAO is set up, tokens could be sold against it, bringing in the desired revenue. It would, of course, be best to do it on an decentralized exchange which would also further insulate the process.

At this point, we are far past what the existing copyright laws can handle. Miramax, in that instant, would have nobody to go after. Who owns the DAO? Where is it located? How can they sue it?

These are all issues that companies are going to find impossible to deal with. Just like the record companies had to accept that file sharing was a way of life, all entities need to know there is another wave changing.

By the way, this is just another example of how the Nation-State is ill-suited to deal with the digital world that is being constructed.

Brands Will Belong To Communities

This is one of those concepts that might be difficult for many to embrace. However, in the future, we will see brands actually belonging to communities.

As we see more infrastructure put in place, there is no way for government laws to be applied. The existing system is not designed to operate within this world. Every corporation is going to follow the same path as Miramax. They will get their legal team together and figure out who to sue.

Here is where the obvious problem arises. How do you sue a community?

Essentially, we are going to see communities forming around a particular brand. This will then lead to the creation of NFTs. While this makes sense, what really gets interesting is when the community is formed around a particular television show. What happens to the Friends brand when it is hijacked by community members? NFTs containing the likeness of the characters could be produced. At the same time, clips of the show could also be turned into NFTs.

Of course, the creators of the NFT could include a bit of a royalty payment going to the actors if desired. For this to take place would require them to be a part of the community also. Naturally, this could also be a lucrative venture. Those celebrities who understand what is taking place will work to make their communities "partners". This, in the end, could make them a lot more money in the digital realm.

The celebrity, ultimately, can make him or herself into a NFT and allow fans to own a piece of all that is done. Those who do not do this will find communities do it themselves.

Since this is a global situation, existing laws will curtail most legal action. It is hard to sue the creator of a NFT in some small country who is known as #ScrewHollywood967. The situation can get murkier open source software appears that can automatically generate NFTs based upon parameters entered.

As we can see, a lot will be taking place in this area. Those brands and individuals who work with their customers/communities in ways that allow them to benefit will find themselves enriched in this new model. However, those that fight the situation by turning to the traditional system will find their results similar to the record companies a couple decade back.

Technology is advancing forward, providing a completely new realm that people are going to be operating upon. The Networked-State is already alive as evidenced by a company such as Facebook. This still operates under much of the existing framework since that entity can be sued.

With the emergence of the Decentralized Network-State, things are going to move to another level altogether. The host of CTT discuss this on a weekly basis.

Web 3.0 changes many aspects of society. Entire business models will collapse as a result of this.

And we are just getting started. Wait until you see how things are in 5 years.

Are we starting to see the potential impact of the tokenization of everything?

I was part of an NFT startup for a short time and we had some really lengthy discussions about digital ownership and copyright before we launched our first project. There are definitely many aspects to consider. Even something as simple as a photograph can have multiple facets. Who is the owner, the photographer? The Model? The person that printed it?

Without a doubt there are a lot of nuances to all this. We are going to see an upsetting of the existing system.

This is going to unfold in ways that is going to upset a lot of people. Just like the file sharing, it did not go away.

Still evolving even today last I heard. There was just a recent article about Spotify and how the offer albums.

Copyright laws are so outdated and most of them seem to support the corporations over the normal guys. Given how long it has been since the movie came out, I don't really think it's earning much but I guess the movie studios don't want to set a precedent.

Been seeing lots of posts about copyright because of The NTF Bay lately will be interesting how this all plays out.
A lot of money being put on NFT's at the moment this is the next battle ground i think for some.
Great post @taskmaster4450
Have a blessed and successful week:) 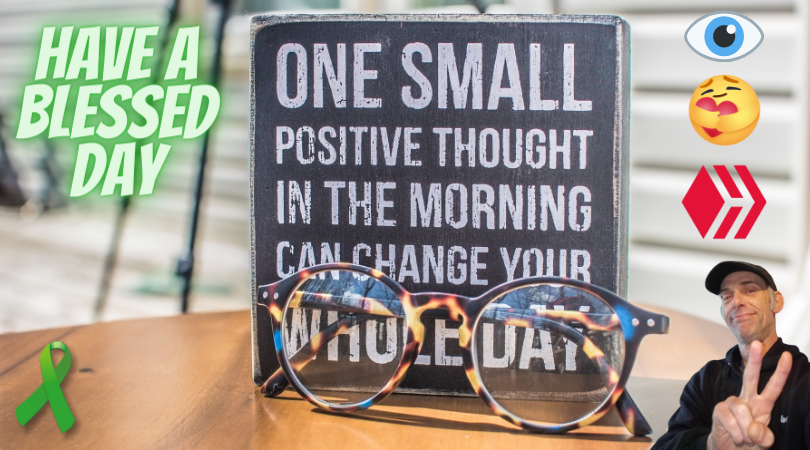 Congratulations @taskmaster4450! Your post has been a top performer on the Hive blockchain and you have been rewarded with the following badge:

This is why I buy Veve nfts. Fully licensed.

Bring out the Gimp

Technology is the mother of all,it have taking the word to the expected dimension,in which the word is enjoying today.

Love reading your posts. It seems 'ideas' themselves are fighting for their own freedom. DAO's are their new technological advancement. One day it will be obvious that intellect is not something that should be owned, or contained, or commoditized as property... just like people. I hope that evolution happens in my lifetime ;).