As Predicted Europe Going Down

Many have taken exception to this but we discussed this on numerous occasions. All of Western Europe is in deep trouble. This is something that we warned about over the last year. Things simply are not good yet many want to contest that viewpoint.

Now we are seeing the predictions coming to fruition. The European banking system is in trouble and it is only starting. The last few days are a sign of much worse to come.

At the core of the latest issue is Credit Suisse and Deutsche Bank. If you will recall, the latter was at the core of the Repo crisis in 2019 when the Fed has to step in and guarantee the lending in that market. It seems that 3 years later, that institution is in no better shape.

Credit Suisse is a rather new entrant into world of the abysmal. 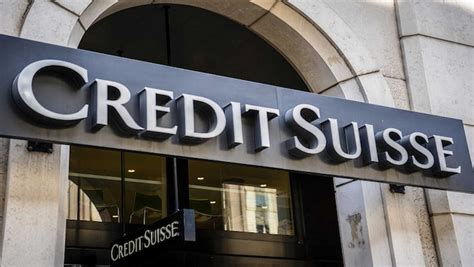 Are we heading towards another Lehman moment?

This is an accusation that was made towards China with the situation regarding Evergrande. At that time, we mentioned how this was not going to be the case. The CCP has the ability to deploy capital where it desires. This is one advantage the Chinese government has. If it tells the banks to push money into a particular area, it is done. This is in stark contrast to what happened with Bear Stearns and Lehman in 2008.

In those circumstances, the US government was limited to what it could do. The Treasury could not simply order the banks to "fix" the situation. The same was true of the Fed. They could only try to backstop the losses and hope the banks would take action.

One issue is the spread on credit default swaps. This is rivaling the Great Financial Crisis. 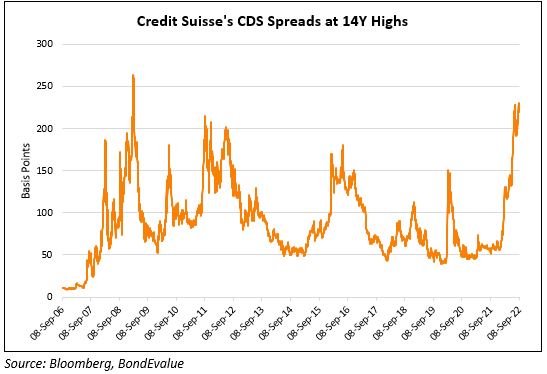 This alone isnt dire. However, good ole Charlie Munger was able to sum it up best. 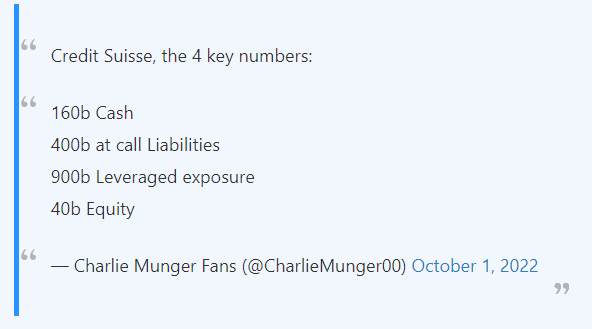 Never Got Over GFC

At the core of all this is the fact that Europeans banks did not get a bail-out like those in the United States. While this created a major stir, it did get the toxic debt off the balance sheets of the US banks. The same is not true in Europe.

They opted to do bail-ins which left it there. This means that we see the balance sheets full of debt that can go bad.

This is compounded by the fact that bonds from the ECB are not being bought by the banks in NY. Thus, we see these ending up on the balance sheets of the EU banks.

Here is where things get interesting. As things start to unravel, we see the situation where the toxicity of the debt starts to compound. The levels that we are presently at globally means that refinancing is the only option. Hence, we have a situation where tends of trillions have to be rolled each year.

We see a major problem when some of that cannot be refinanced. This is the situation the Europeans find themselves in. Without that option, default is certainly a risk.

The obligations that are out there are going to be impossible to cover. Under the best of conditions, it was going to be a horrific situation. However, a banking crisis would magnify the downside impact to all this.

Over the last decade, we saw slowing growth rates across the world. The EU was especially at risk. Even before the global recession and the Russian invasion, it was likely that economy was headed negative in the next year or two.

When a percent or two of GDP is lost, it amounts to trillions of dollars (or EUROs) worth of productivity. That means that the tightly wound financial system starts to unravel.

Many believe the banks (central and commercial) opt to inflate their way out of the situation. However, when we look at the global situation, we can see how it is a zero-sum game. When dealing with things on an international scale, with multiple currencies, we can see how inflating one currency affects others. Debts are in all kinds of currency denominations.

The slowing growth rate is starting to really catch up to us. Globally, we lost tens of trillions in productivity since the GFC. Many find this hard to believe but it is the result of a lack of funding. Few realize how much is required to keep feeding a near $100 trillion economy.

Just like 15 years ago, we see collateral as an issue. We believed that mortgage-backed securities were pristine and high quality collateral. Sadly, we were wrong. Now, we have a situation where the lack of collateral is also rearing its head. The ability to fund things to the degree that is required simply isn't there.

Feeling the pinch first will be the European Union.

Yet, make no mistake, this will likely spread across the globe. It is not going to stop there.

Eventually, as spread keep expanding, more collateral is required. This is exactly what happened to Bear Stearns.

We will see how this plays out. The issue is who else is at risk?

It is something that could spread.

It’s certainly a cataclysmic scenario that we find ourselves in. How people are going to weather the storm is going to be something to observe. There will be incalculable losses but will there also be gains for average people? I think if one is able to find an opportunity it could be good. It’s anyone’s bet as to what that will be though! I’d certainly like to find one! Lol

We already saw losses into the tens of trillions. Look at the market cap in the markets and see what was eradicated.

Granted, that doesnt include, for the most part, average people, but it is a lot of money. That tends to flow somewhere.

Over time, it will come back to bite most of us.

Nothing like biting the hand that feeds you a huge amount of your energy. Energy is the direct result of growth GDP for a country and EU just demolished theirs. It's going to take some serious effort for them to start building. However even though times are hard now I think it's a big wake up call for countries to be a little more self sufficient themselves.

Heading into lockdown we already saw years of slowing growth around the world and a falling GDP. There is no reason things should have exploded value wise during a time when the world was locked down. Those actions mean we pay the price now instead of then. Actions in government always seem to take 1-2 years to show their effect.

Well a massive drop in global GDP like happened in Q2 2020 is bound to end up elsewhere as people resume spending. So the 2021 numbers were really an adjustment.

The numbers we saw towards the end of 2021 and even through today include a lot of inventory buildup.

Some things never change. Privatize gains and socialize risks and losses, while CEOs make tons of bonus and golden parachutes even when the company fails.

Hate the game and not the players.

Attacking CEOs for what they do is showing a bias that is indicative of a mindset that feeds into the system. Those who buy into class warfare are sheep for the politicians and those who manage the power.

It’s a club for most of them 🤫

However because taskmaster doesn't know the difference. He sees it as some free market capitalism that's never existed. It doesn't even exist in crypto. It's bullshit

I saw the situation is quite bad and I think Credit Suisse is trying to restructure. However, they don't even have the money so I guess they will have to sell even more stock and it's going to be a huge mess

As someone who is living in the mid of this looming disaster all I can say that the US Dollar was my best inflation hedge this year.

I never thought I would write that sentence but here we are.

I never thought I would write that sentence but here we are.

Stop buying into the bullshit narrative the USD is going to collapse. Anyone spouting that obviously does not understand supply and demand.

Everyone in a doomy mode over here so I got caught up in it I guess.

This news has left me really perplexed. I didn't think a bank I've always heard of was in bad shape. Living in Italy it has always been known that Swiss banks were among the best in Europe. Many Italians in the past have also brought money from Italy to Swiss banks. Europe is having a collapse, I didn't expect it. That is, I was thinking of some difficulties, but here are the conditions for a major collapse