The automobile industry is going through some major changes. This is something that we see with the manufacturers. However, they are not the only ones facing disruption.

We are seeing more people discussing how the dealerships are facing some challenges. This is a radical shift from what took place over the last few years. During the COVID situation, we know the supply chains were affected. None were upset more than in the automobile industry, especially with chips.

This caused manufacturers to pump our less cars, a move that saw the lots of dealerships sit empty. The vehicles that did make it in were commanding high prices. Reports are dealerships were making money by the boatload since they were able to go above MSRP.

It is easy to fall in love with that situation. Unfortunately, a number of things happened that have altered the landscape. From what I am seeing from those I follow who track this industry, they say the dealerships are in for a rought go of it.

So what caused the sudden shift and why are mass bankruptcies possible? 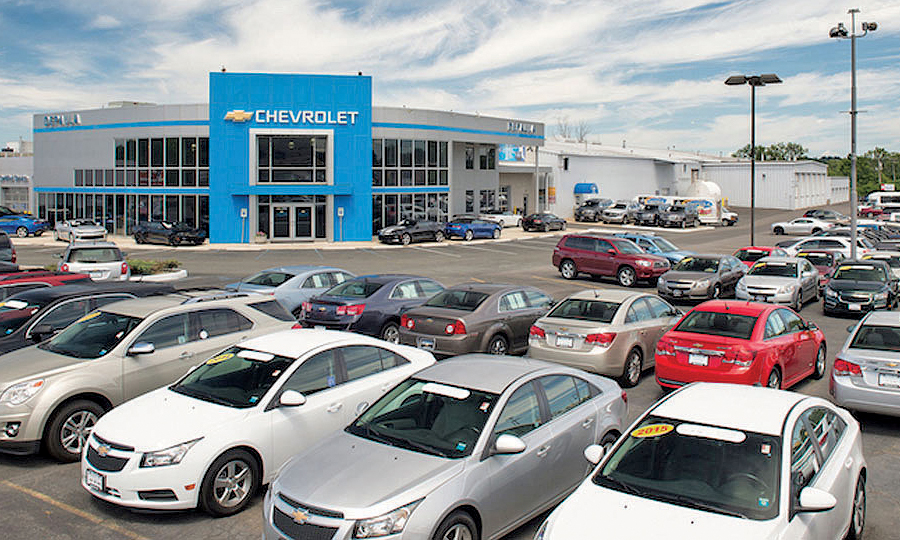 With the automobile industry, it is a case of supply and demand. Over the last few years, the situation was tilted completely in the favor of the dealers.

Now, we are seeing the situation reverse. Used car prices, which skyrocketed, have dropped. This is a sign that the secondary market, those who cannot get into a new car, is drying up.

Then we have the issue of financing. The banks went nuts with what they were writing and now they are coming to their senses. This means lending is pulling back, another factor that hurts the dealers.

The last, from what I can understand, is the fact the dealerships are holding their prices. This is not the case with used cars but they are not working too many deals on the new stuff.

What causes problems is the dealers tend to floor plan. Thus, the longer they hold a car, the more it costs them. This gets compounded when the price of the vehicles, based upon the market, is dropping. Many long time "experts" claim that now is the time, if there is someone remotely interested, to move the car and get out from under it. Take a few buck profit.

It appears the dealerships are not doing that.

Those who follow my work know I am a fan of Tesla. Here we see another component that is going to really be adding to the woes of the car dealerships.

Tesla utilizes a direct sales method. Every car it sells is purchased online. There are no dealerships in the process.

Unfortunately, for the dealerships, Tesla is not alone. All EV start ups are following this same model. The others have volumes that are insignificant so it is not much of a problem now. If, however, the numbers explode, that could rally be a challenge.

For example, Tesla is likely to come in at around 1.3 million vehicles in 2022. This is the global number so we have to keep that in mind. From this, we can estimate that the US number is around 500K-600K. That is not an earthshattering number but it is still a hit to the existing automobile industry.

Remember, each Tesla that is purchased means one is not brought at a dealership. This is taking money from their hands.

Here is where things get very interesting.

Reports are that a few hundred Chinese engineers are at the Fremont factory. They were the ones who added 50% to the output on Shanghai. The goal is obviously the same for the US factory.

If they can duplicate it, the capacity of that plant will be almost 1 million vehicles annually.

Then we have to account for Austin. That is a factory that will likely be close to a 1 million run rate by the end of 2023. Combined that would be around 1.5 million Tesla delivered in the US.

That is roughly 10% of the US car market and not a single vehicle sold through a dealership.

How much money will they lose if that happens?

Jim Farley is looking at Tesla as a model to follow. He is in the process of trying to get the Ford dealers to become basically EV service centers. There is obviously pushback but it is telling where the mindset it.

What happens if one of the legacy automakers takes a similar approach? What will this do to the industry?

It obviously will be tough for Ford to pull this off. Nevertheless, if they are talking about it, others are thinking it.

Things are getting very interesting in this field. Do not be surprised if many car dealerships go bust over the next 2-3 years. It might be a very ugly situation for them.

Time to move if you are a legacy car dealership.

In 6 years time both petrol (gas) and diesel vehicles are banned in the UK and most of Europe.

Tesla is in the cat bird seat right now and I don't see how the old gas guzzling car firms can survive with negative effects on the environment that we are all well aware of now and also contributed too over the years?

I'm so happy I don't like cars and would never buy one. Lol

The new world will eventually destroy the old world order. I feel sorry for the care dealerships that are stuck in this game. But life is player against player, it's ultimately very competitive.

Dealerships were sort of middlemen in the automobile industry. Somehow, the car manufacturers figured out they can go Direct To Consumer (D2C), I think this is mainly because of the technological revolution. Now, they're changing their business model, owning both the supply and distribution system. Dealerships are really cooked because eventually most (if not all) car manufacturers will follow suit and change their business model.

The car makers need to change if they want to survive and I don't like the car dealerships at all. It just feels like a numbers game so they can profit off from being the middle man.

So car dealerships are the next blockbuster.

Where's the cheap cars at? I have a teenager I am just about done driving around.

Car Dealers are the ultimate middleman who use to add value and service, but now the add ons are a profit center and service is a profit center, so the customer experience is one of being milked for money, very unpleasant. Some dealerships have tried to change this model, but covid has rocked the world. It will be interesting to see what happens next.

You quote some impressive stats, as 10% is a huge number.
I think we have seen the writing on the wall with the large online car sale centers we are seeing on the internet.
younger people are much more willing to buy things sight unseen, and the older generation is warming up to the idea due to both Amazon and Covid.