Many are concerned about the real estate market. We do not have to look too hard on social media to come across predictions calling for a housing market crash. Will that come to fruition?

What we do know is that real estate is preceded by the mortgage industry. Since it is the entry point, we can see the logic in this.

Hence, the decline over the last year of the number of mortgages written were a serious warning sign as to the health of the housing market.

The second red flag came starting early in 2022 with layoffs in the mortgage market.

Now we are about to get the third major warning sign: bankruptcies. 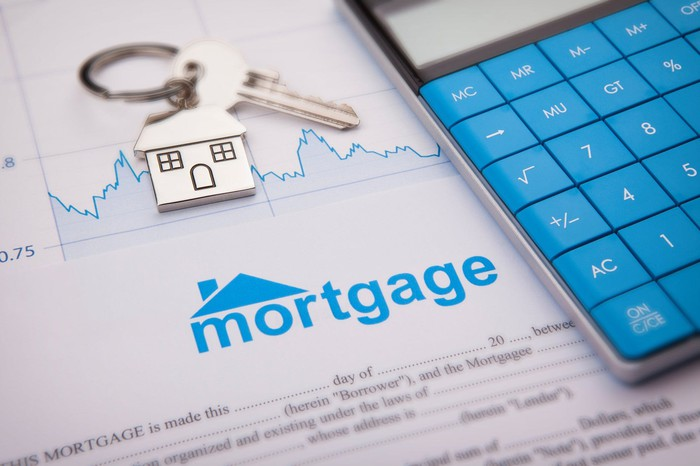 The United States mortgage market is dominated by non bank lenders. This was a transition that occurred over the last 15 years. As FinTech started to dominate the financial realm, banks lost many parts of their business.

Nowhere was this felt more than the mortgage industry. By taking over nearly 70% of the business, this health of these companies is vital. If a wave of bankruptcies hit, we are going to see lending tightening even more.

Banks tend to get very conservative when economic headwinds arise. This means liquidity dries up as they raise standards and reel in different types of loans.

Here is where the non-bank lenders usually step in. Since they tend to focus upon those without pristine credit, their absence could really freeze things.

This is exactly what is about to take place.

We saw First Guaranty Mortgage file for bankruptcy this week. The company already laid off 80% of its workforce.

Sadly, the mortgage industry has a lot of high paying jobs meaning that layoffs have a tremendous financial and economic impact.

Outside of that, this leaves a gap in the mortgage industry. The company wrote $10 billion in loans in 2021.

The company, based in Plano, Texas, originated $10.6 billion in mortgage loans in 2021, according to a court filing in its bankruptcy case. It entered Chapter 11 with more than $473 million in debt, largely owed to banks that provided funding for the company's residential mortgages.

It is not surprising this path resulted. The company was on path to do between $5-$6 billion in loans this year. A 50% reduction in revenue is going to seriously affect any business.

This shows how much the industry dropped over the past year.

The Signs Were There

In a number of articles and videos we discussed the warning signs. The Week-over-Week mortgage numbers were horrible for the past year. Since this is ground zero for the real estate/housing market, those numbers were alarming.

Yet few paid attention to them.

All of this gets very predictable. The housing market, outside of the Great Financial Crisis, is rather constant. The cycles are generally long term allowing people time to prepare. Unfortunately, this also allows people to forget since a full cycle can be 20 years.

When the mortgage industry craps out, that is a big red flag that the real estate market is going to cool. Of course, this does not mean total collapse, since, after all, real estate is always local.

It does tell us, however, that some markets are ripe to get hit, and that is exactly what we are seeing.

How bad will things get? That is something we will have to monitor. This period is not like 2007. Instead, it is resembling other real estate cycles.

What we will likely see is some markets hold up fairly well while others get slammed. Look for those areas where this is a fair portion of real estate investors. They are going to be the first to try and bail.

Also study the demographic situation. For areas that have strong numbers, like a Boston, you could see it weather the storm. Other areas, such as San Francisco with the tech sector getting slammed might have issues.

We can expect other mortgage lenders to find themselves entering bankruptcy court. This industry can expand rapidly and get rather "fat". It would not be surprising to see a significant percentage of the industry cleared out.

Downsizing is what often takes place, right up until the next bull run.

This is not a good sign. Not only does this guarantee a recession but it also means the financial sector will probably become stagnant. Housing often makes up a large chunk of nations market and if the banks are going bust, we're in trouble.

Yeah and this is a relatively small lender in comparison to some of the others. We also see the banks starting to state they are going to reduce exposure.

People do not realize we are already short USD in both the domestic and global economy. This is only going to make it that much worse.

I'm quite concerned about what it means going forward. There are so many major institutions that profited off low interest rates and there is a conflict of interest that has arisen.

Them profiting means they have all those minted dollars. Instead of making regulations on them governments are targeting the people with mortgages.

I'm so sick of the people having to bail out those who cause the problems. Their wealth will grow while so many of us will go without.

Actually bank lending in the US is actually pretty much flat since the Great Financial Crisis. The profitability of lending went down, especially with the Dodd-Frank bill.

The bankers are no saints, we all know that. However, they are easy to size up since they are driven by greed. The solution tends to be worse than the disease.

The Eurodollar system is effective because it operates outside the reach of governments and central banks. That is the basis for their success. Granted it is a closed system that favors bankers but I would take a room full of bankers over one of politicians and bureaucrats any day of the week.

I am not seeing a lot who have reason to be optimistic. Of course, that could be the ultimate in conrarian indicators.

Well other than the Fed, of course, who thinks everything is rosy.

So if the lenders don't have to pay off their debts, do we still have to? LOL, asking for a friend, lol.

Mo just enter bankruptcy and they all go away.

At least you will survive unlike many of the mortgage lenders going forward.

It really looks like a lot of things are falling apart in the bear market and I didn't expect things to be so bad. It makes you wonder how bad the crash can really get if the bear market stays around for a year or two.

Bear markets expose weakness in the system. Those that are over leveraged and operating insanely end up getting crushed.

That is why recessions are needed. Sadly, the Feds want to repeatedly step in and prevent them from happening.

Problems in the housing market may push the Fed to be more conservative about rate hikes.

It is going to cause them to pause and then reverse.

They are on the wrong side of this one.

We’ve been in the market to buy a house and thankfully held off. Now the companies are contacting us like crazy to try and get us locked into a mortgage that’s beyond crazy before shit really tanks. Someone in the market we are looking at went all out bidding and went 70k over asking, pretty wild. Now they are stuck in a mortgage that’s over the appraisal price by a lot! We are lucky that we didn’t get into that situation for sure!

Yes and that is what happens during bull markets. Insanity is how it works. People are going to realize when things turn.

It doesnt surprise me that companies are contacting you. The mortgage industry is dropping like a rock. This is just the first wave.

Relating on this taskmaster, I was a mortgage loan collector around 2017 and it was a challenge since in my stay the company that I worked with changed name at least 3x due to bankruptcy concerns. We are hired externally thus we are not paid that much versus our U.S. counterparts but after those bankruptcy cases and changes the majority of us got laid off and some got into "suspense" status waiting for projects to be launched.