This is something that was mentioned in the past. It came up the other day in #threads with Khal mentioning it.

Where do you think LEO, CUB, and POLYCUB could be in the future?

Khal's stated goal is to have a $100 million ecosystem. Is this something that you find possible?

Obviously, with the market as it is, with the bear in control, it is hard to see. However, this is why it is vital to keep building. When the bull starts to run, it is then when we see the market price the benefits in.

We will go through the idea behind this path to success. All the pieces that are being worked on are designed to add value to the entire ecosystem. 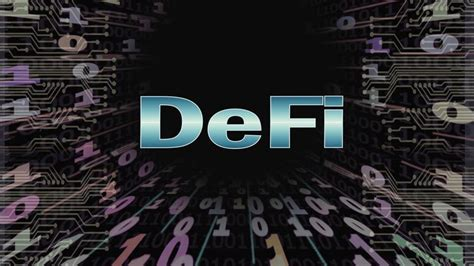 This is not novel to Leofinance. In fact, it is the core basis of Hive. That said, Leofinance is addressing this a bit differently.

While the proof of brain is present on Leofinance.io, both Cubfinance and Polycub are true decentralized finance (DeFi) applications. They are meant to be financial platforms that grow as time passes. Again, it is hard to see during the bear if the only focus is upon the token price.

What we are seeing is the development of new features which will add value. We know the buyback of the tokens from the bridge revenue started. With CUB, that is being burned. As for POLYCUB, that is being passed along to the holders of vexPOLYCUB.

In short, we see a revenue stream which is providing buying pressure on the tokens. As some point, the goal is to get it where the buying exceeds the new tokens created. This is where the "flippening" takes place.

Of course, all of this is happening around the social media platforms. I use the plural here because there is Leofinance and threads. For the moment, they are resident on the same website. However, we know #threads is the precursor to #ProjectBlank. This is going to be a standalone microblogging application. Depending upon how feature rich the app is, it could well be a powerful addition to the Leofinance familiy.

Therefore, we see both long form content and microblogging under the Leofinance umbrella. That makes it rather unique.

Obviously, the key is going to be getting new users. Here is where the dual approach is actually beneficial.

With present social media, we see people on twitter promoting their favorite cryptocurrency project. This coin or token is something they are looking to pump. We know there is a certain success rate to this since it does work. However, when people shift to that blockchain based platform, they exit the social media realm.

Leofinance is going to offer something different. It does not matter which end of the spectrum someone enters. If one comes via the social media, they will learn about the defi features of Leofinance. Naturally, we know the reverse is true. Those who start with DeFi are able to involve with microblogging at a minimum.

It is a powerful 1-2 combination.

Does all of this equate to $100 million? Naturally, not in the present state. Nevertheless, work is being done to expand what is available. Just within the DeFi arena, there are a lot of features still yet to be added. This could provide a nice financial foundation for all who are involved.

It is easy to miss what is occurring when the shotgun approach is used. Leofinance is approaching a few different areas at the same time. This is not focused but, in the long run, can be extremely powerful. Each application has the ability to leverage itself against the others. Thus, users can have an impact in many different ways.

Ultimately, we need to kick the network effect off. How many people this requires is anyone's guess. The key is to keep building so that we have a lot more to offer once the bull market hits.

If the conclusion that much of the success the next run will be tied to utility, Leofinance can certainly put itself in position there.

We saw some of the with the latest update of threads. The performance since that update is remarkably better. It is like night and day.

This is the progress that will provide a solid foundation.

So what are your thoughts? Will Leofinance be a $100 million ecosystem?

Leo Finance can reach $100 million; I think it has the potential to do so.

Leo Finance's work in the DEFI area also benefits Hive coins. The importance of buying and selling Hive's digital assets over other networks has not yet been grasped throughout Hive. Thanks to Leo Finance, investors can easily access Hive coins, deepening liquidity and reducing dependency on centralized exchanges.

Among the areas that can be improved, the first thing that comes to my mind is visuality and design. It would be beneficial for all Leo Finance applications to have the same visual language and to renew the design of the blogging site to include brighter tones. The Lego design competition held by Spk Network showed that there are talented designers in the Hive community. The talents of members of the Hive community can be used for design work.

Also, a certain amount of time can be set aside from application development just to improve the user experience. Permanent resolution of the most common technical issues will increase the technical team's time for development.

One of the strengths of Leo Finance is that the products developed can be communicated powerfully. Moreover, there is a strong synergy between the developed applications.

As a result, it wouldn't be surprising if Leo Finance reaches the tipping point after a while.

I agree with all you wrote. There is that potential for things to happen in a big way. It is exciting to see what can evolve.

It's definitely possible. It may however take a few years but like everything else, it's a journey. A lot of what is going on in Leofinance is DeFi-based, which has taken a massive knock as a sector. The first $50 million is likely to be achieved by 2024/2025 IMO.

So he is thinking long term.

I think it's possible for LeoFinance but it will have to wait until we have an application out for threads. It has a high potential to attract people given the nature of fast and feeless transactions here on Hive

It is vital to get the standalone application out for microblogging. We need to see how much that will attract people.

With good solid foundations like the ones that the #LeoFinance ecosystem has, when the market resurfaces a little, the amount they have planned will surely be reached

We can't attract new users if we don't work on the development and that is why Leo is building everyday. Everything will add very soon and we will all benefit from being a believer

That is true. Building is vital to the long term success of any project. It is the foundation which all springs.

We just need a few more things to fall into place. The update on Threads was sensational.

Threads is now very fast and more user friendly. I love it

It all sounds reasonable in theory but we do need an anchor. I'm betting on CUB and PolyCub to take the lead before the social media aspect does. The token burns that are happening on CUB right now are seemingly exciting. Stuff like that in continuity should generate enough attention to create a critical mass.

You could be right. I am not sure how much more is needed on the DeFi platforms before we see it appealing to outsiders.

I guess the development just needs to keep on going.

This may take a few years, I think the $100 million LeoFinance ecosystem is possible, maybe even more. LeoFinance is doing great future-oriented work, and I think they will all be appreciated in the future.

I can't for the life of me figure out why more of my people (conservatives and libertarians, the dissident right) aren't flooding into Hive. Hive has EVERYTHING they say they want in social media. But they just keep on with Substack, Twitter, and whatever new social media scam Trump is offering this month. I tell them about Hive and they just yawn and apply for a Gettr account.

Yes well people do not like change. It really seems to come down to that.

The Leofinance economy should and will be a success story in few years to come that’s where I see its future. This isn’t just hearsay as you’ve rightly detailed in your post on the fundamental innovations on ground in the Leoverse. A $100 million ecosystem won’t definitely be a sprint race , it will be a marathon and that path Leofinance is toeing .

There is a lot we have to work on but the more things grow, the better the chances. We are not just focusing upon one area either.

It is possible for LeoFinance to be on that position although it maybe hard to see it this time, but with what it has built and is building, I believe it will happen in the future. LeoFinance isn't going anywhere but forward.