Hello everyone! My favorite time of the year is finally upon us! It's football season! YAY!

And that also means it's time for some Fantasy Football! Double yay!

I'm playing on a Dynasty league with my former teammates from back when I played football in college and I thought I'd share my "adventures" here with you sports fans!

The leagues have been going on for 5 years now and I still haven't managed to win it but then again, I think my team, the Memphis Howling Wolves only became a real contender last year so maybe my time will come soon! 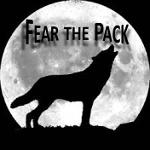 But enough talk! Let's get to the part that matters!

My week 1 match was a tricky one because I went head to head with the league manager, who is a very skilled and experienced fantasy football manager. I wasn't sure if I'd be able to beat him and my hopes got even lower during the Saints vs Packers game since I have both Aaron Jones and Davante Adams on my team!

But to my complete surprise, his team managed to do an even worse job then mine and I emerged victorious! It was VERY close, but a win is a win.

Here was my lineup for the match: 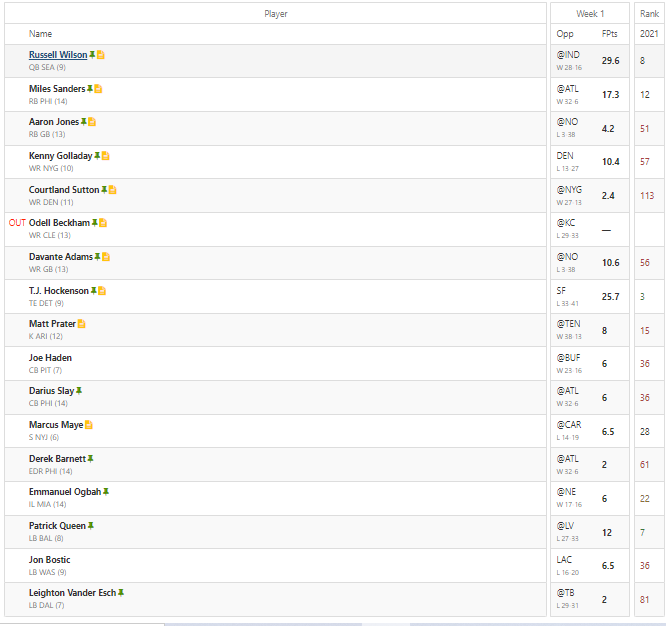 As you can see, I had many players underperforming and Odell Beckhamn Jr, who didn't play at all! Adams managed to hack 10 points which is bad compared to his average, but still better than Jones, who scored less than half of that. I wonder if this will be the norm now with the whole Aaron Rodgers drama.

Anyway, my next matchup is against the current champion. Talk about a rough start! His team is obviously one of the best in the league so I really don't want to rely on luck again.

The problem is my bench is not looking too good! I'll try to get some free agents before Thursday but I'm not sure what can be improved for the next matchup. Here's what I got to work with: 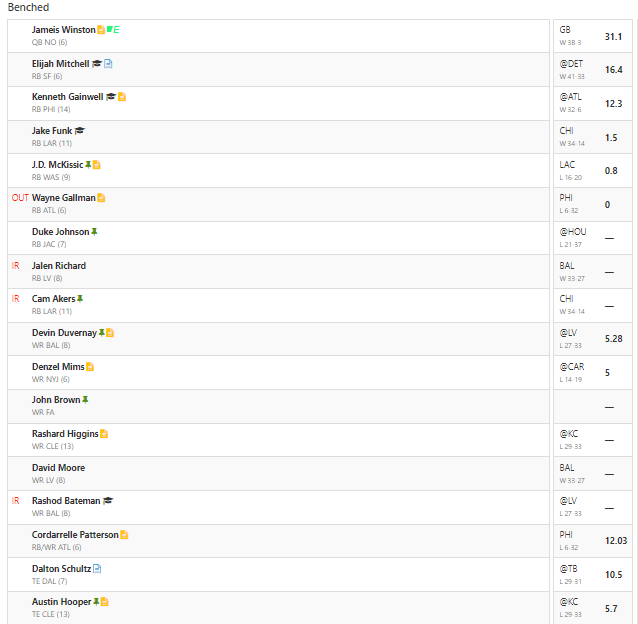 I'll think about it tomorrow but any suggestions are appreciated!

I'll try to share my journey here every week while the league is going on so stay tuned for more!