Is Fantom faster than Solana? 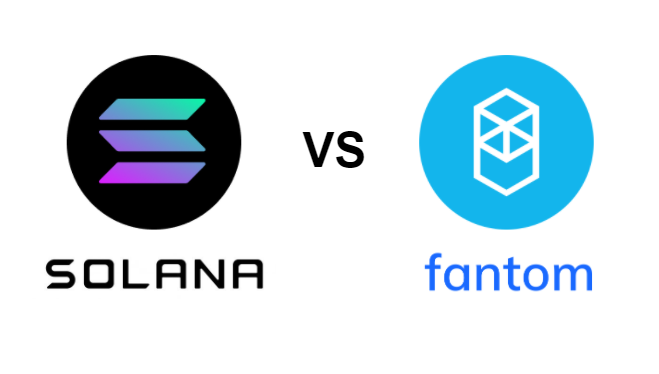 Fantom is a project that aims to be fast and highly scalable but how does it compare to other high-speed blockchains?

"Performance matters" is the first thing you see when you enter the Fantom website and, truth be told, the whole project is designed with that motto in mind.

The technology behind the project seems to back up this claim since Fantom adopters spare no words to compliment the project for its fast transactions and high throughput. But how does it compare to Solana, which is regarded as the fastest of the blockchains? In this article, we'll take a closer look at this.

If you want to learn more about these projects, the best places to start are the Fantom crypto guide and the Solana crypto guide, right here on LeoFinance.

What does it mean to be fast?

Speed can be quite complicated to measure depending on how technical you want to get and since the idea of this article is to provide initial insight on the subject, we will focus on two aspects that are often considered to evaluate the speed of a blockchain: the number of transactions per second (TPS) it can handle and the average time it takes for a new block to be added to the chain.

TPS is important because it's correlated to the scalability of the platform. As more people start using it the volume of simultaneous transactions will also grow substantially so it's crucial that the blockchain can handle them all without "breaking".

Average block time impacts transaction time and it's a known fact that users have a limited tolerance when it comes to that. For some reference:

Excerpt from Chapter 5 in the book Usability Engineering, from 1993:

The basic advice regarding response times has been about the same for thirty years [Miller 1968; Card et al. 1991]:

Now that we established our parameters, let's take a look at how our two projects fare.

How fast are Fantom and Solana

When it comes to TPS both projects claim on their whitepapers that they are able to scale to handle up to hundreds of thousands of transactions per second but it's important to keep in mind that these values are purely theoretical for now as both projects are still very far from having anywhere that many transactions.

However, based on some numbers reported by the teams of the projects themselves, Fantom can handle about 10,000 TPS and Solana can handle up to 50,000. That alone implies that Solana is "faster" when it comes to TPS and while that is true, exploring both Solana and Fantom we see that the former is currently processing an average of 2,300 TPS and the latter only about 5 TPS meaning both have a significant space to grow.

Using the same explorers from before we can also see that the average block time for Fantom is about 0.9 seconds and for Solana it's about 470 milliseconds or 0.47 seconds and, while that means Solana is twice as fast, Fantom still has subsecond block times, which is pretty good.

The numbers we analyzed in this article back up Solana as the fastest blockchain out of the two but it's important to keep in mind that these projects may have different use cases depending on the situation so it's not obvious or easy to say that the fastest will always be the best.

Also, both projects are relatively new and constantly evolving so it's worth keeping an eye on both of them to see how well they will perform as more users start adopting them.

Finally, even though Fantom is not faster than Solana it is still a high-performance platform that is much faster than most other projects and therefore still a valid choice for applications that demand high speeds and scalability.