...AND THE VIOLENT TAKETH IT BY FORCE

Hey ! I’m no preacher , don’t get it twisted with the post title . One actually wonders when the cups of greedy , bad and corrupt politicians will get full with the way they handle things at helms of power. Bad governance does nothing but stinks . It kills dreams abruptly and effortlessly. A country where it’s masses are not catered for in any iota of form whatsoever speaks so much volume about the failure of the government. 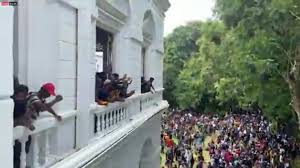 With this in mind , one cannot help but notice the daily heartbreak of life in a country gone bankrupt such as the country of Sri Lanka . Life has become a long queue for Sri Lankans , the lack of cash in the economy means fuel, food and other basics are in short supply.

In Sri Lanka right now, before you've woken up, you're losing.Power outage that run late into the sweltering nights steal hours of sleep as the fans cease; making whole families waking up sapped . Surviving from the months long trial of shuffling their lives around daily blackouts has been such an extreme sport after the country went bankrupt and essentially ran out of fuel. 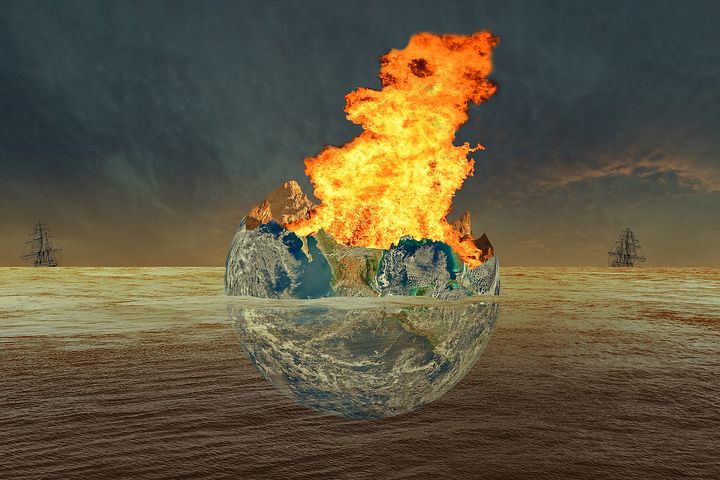 Lately, the cost of food, cooking gas, clothes, transport, and even what electricity the state will allow you to have, has sky-rocketed so egregiously as the rupee's value plummeted.

The catalyst spurring these intense hardships aren’t far fetched. Bad governance plays such a huge role in this bankruptcy ridden state of the Sri Lankan economy .

For a country ruled by One family of brothers for years, what good does one really expect ?! . Mahinda Rajapaksa became a hero among the majority Sinhalese in 2009 when his government defeated Tamil separatist rebels after years of bitter and bloody civil war. His brother Gotabaya, who was defence secretary at the time, is now president.

Now an economic crisis has led to fury on the streets. The citizens seem to have enough of these gross injustice, suffering and neglect. Soaring inflation has meant some foods, medication and fuel are in short supply, there are rolling blackouts and ordinary people have taken to the streets in anger with many blaming the Rajapaksa family and their government for the situation.

Anger and rage of citizens reached unprecedented levels in the South Asian nation of 22 million people on Saturday, as more than 100,000 people massed outside Rajapaksa's residence, calling for his resignation. 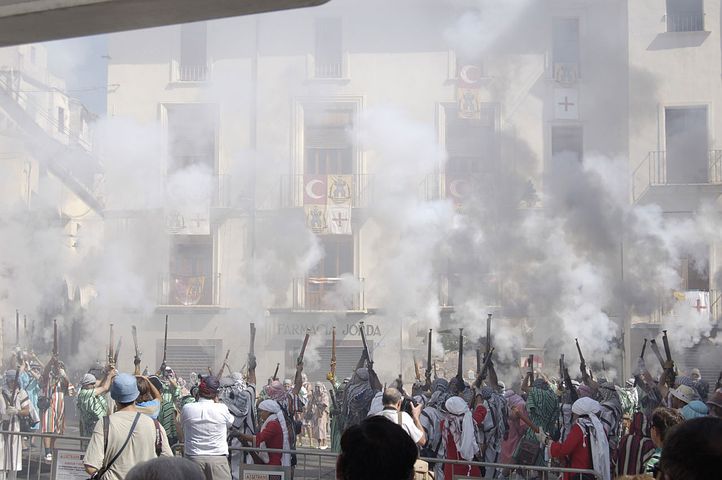 Video broadcast on Sri Lankan television and on social media showed the protesters enter the President's House ,Rajapaksa's office and residence in the commercial capital after breaking through security protocols and cordons placed by police. Images show demonstrators inside the building and hanging banners from the balcony, as well as swimming in the residence's pool.

Sri Lanka’s President Gotabaya Rajapaksa has agreed to step down next week, an official said, after protesters stormed the presidential palace and set fire to the prime minister’s home to vent their anger over a worsening economic crisis.

On a reflective mode, I keep wondering why things have to come to the utter worst before active steps are taken . The Sri Lakan populace have had it up to their necks and they can no longer take it anymore hence they seek for their freedom through violence and force . You can’t blame them can you ? never test a wounded lion , you won’t live to perform another test . That seems to be the case in Sri Lanka right now . Two wrongs would never make a right . I hope the UN steps in or something before the situation of the country gets more worse .

You hope the U.N. steps in? How'd that go for Afghanistan, Irag, or any of the other places that they have had a hand in?

Your first main sentence of this article: "One actually wonders when the cups of greedy , bad and corrupt politicians will get full with the way they handle things at helms of power."

I agree with you.

and then you also say: "Sri Lanka is a democratic republic"
People who have not educated themselves on the formation of government and its true purposes, and about the liberties of the people.. They will not understand that a democracy is what will eventually destroy the republic.

America (where I am from) was a republic. I pledged allegiance to it as a child. But through growing up, all I ever heard referred to was "democracy" and the "American democracy" .. and about how much the federal government rules over the states, and eventually I started to self educate, and eventually realize where it all went wrong.

Does Shri Lanka have a constitution? If so, start there.. Abolish it.. and form a new government and constitution from the ground up.. and work peacefully with your fellow man, for the betterment of all of your futures.
The politician on the TV or in front of the mic rite now, is not your fellow man.. The U.N. will not come to your rescue.. You Have To Save Yourselves..

The Plan for the Restoration of Constitutional Government: Outpost-of-freedom.com/plan.htm

In adapting this sequence of events to modern times, it needs to be understood that times have changed and the possibility of a gathering of "revolutionary" delegates in one place would be fatal to the cause. Understanding this difficulty, the expedient for today is that individuals would sign and submit, to their respective representatives in the federal government, individual petitions as "redress of grievances, as per Article I of the Bill of Rights.

Absent a positive response to the Petition, one could safely conclude that the government had no more
intention of addressing the grievances than King George III did. This, by colonial standards, would put
one in a "state of nature" -- absent an operating Constitutional government -- wherein he, as a free man,
has every right to associate with others of similar circumstance.
An earlier article, by the author of this Plan, provides some insight into this aspect of the Founders'
thinking process when they realized that they could no longer live under government that did not
recognize their rights (see Sons of Liberty #14).

As you progress through this hypothetical Plan, you will note that there are short sketches (Historical
Perspective) that provide a brief example of the historical conditions that can be equated with each part of the Plan.
The Plan, then, is an effort to parallel the activities of the Founders into a theoretical plan that emulates
the progression of events, culminating in the creation of the United States of America.
The Plan is made as detailed as expedient for the variety of possible circumstances that might arise.

Plans, however, can never be made so rigid that they will work under all conditions. Therefore, it is
intended to provide sufficient detail so that creative minds could easily refine the Plan into a working
model for immediate and local conditions.
Often, elements of the Plan call to mind other works by this author, and, works by others, in which
instances, links are provided to those works to provide additional insight which might assist in more
detailed planning and understanding.

The Plan is provided for your pleasure and education.