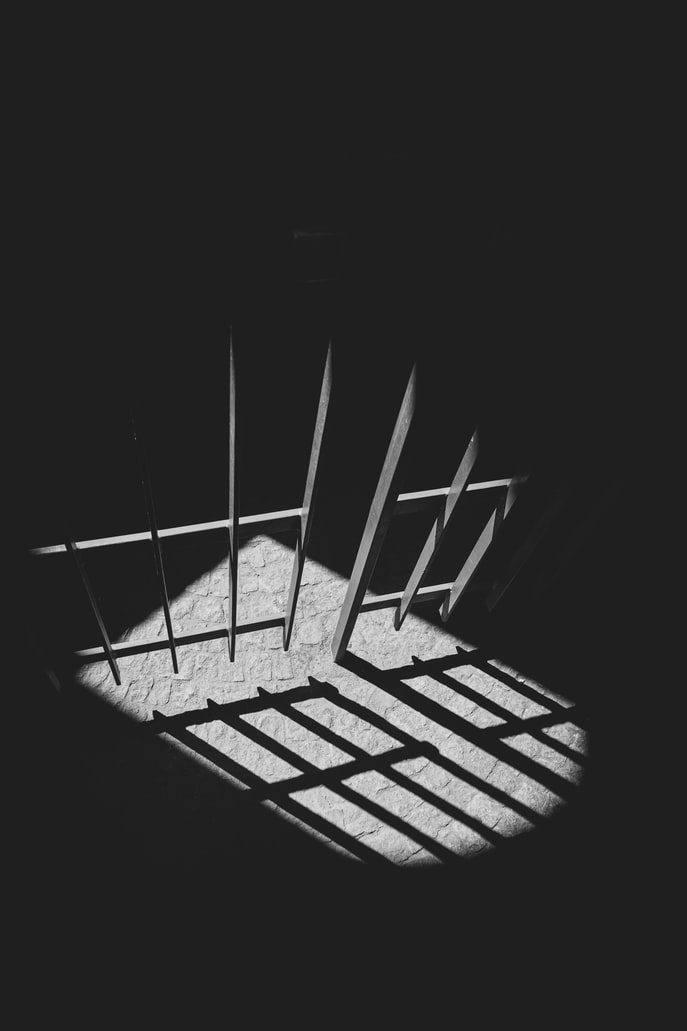 Dele had been feeling especially lazy that night, he had felt it was just another shift in his boring job as a security guard in the boarding school. He had prepared his mind for a long boring night.

But that changed the moment he saw a pistol pointed at his face. He froze at once, swallowing his saliva as his heart slammed painfully in his chest. He felt sweat break out all over his forehead.

“Easy now,” the intruder muttered, his voice was raspy and he kept the gun trained on Dele’s face. “Don’t try anything stupid.”

“Okay,'' Dele replied, his voice shaky. He forced himself to remember the protocol for situations like this.

Dele was sitting at the desk, so as he raised his hands he made as if to stand up by resting against the desk before him. In a fluid movement, he pressed a red button hidden under the desk. Activating the silent alarm immediately.

At once, a signal was sent to the office of the School’s Chief of Security and then to the Principal’s office. A third signal was also sent to the nearest police station.

Dele raised his hands showing surrender. “Okay, I am not resisting.”

Dele did as he was told, the trick now was to stall them for as long as possible until backup security arrived or the police.

When he stepped out, the intruder cuffed his wrists, then turned to the darkness, “all clear.”

Three men emerged from the shadows, all of them wearing masks as well. As he saw them, he felt fear wash through him like a flood.

“You have been doing well so far, do not stop now. Okay?” The one who had cuffed him said.

“Fine. Now, take us to the Boy’s dormitory.”

“What… what do you―” one of them punched him hard on the jaw, cutting off his words.

“Just do as you are told. No questions asked.”

Dele nodded again, after all, it was not like he had a choice.

He began to lead them. They made their way in the dark, through the quiet fields of the school. And as he led them, he was thinking furiously. Why had no one shown up yet? His backup should have arrived already, what was going on?

And he also began to think of his abductors, why were they interested in the dormitory? He knew without a doubt that they were there for the children. He could not allow that to happen. But he also could not stall them long enough, his backup needed to show up quickly.

To further delay the process, he decided to take the wrong route. But the moment he turned, he felt the nuzzle of a gun at the base of his neck.

“I expected this.” The intruder said, “did you think I would come here without doing my research? I know the way to the dormitory, okay? So do not try to act smart. Or the next mistake you make, you would not be alive to correct it.”

Dele swallowed once more and then continued on the right path. In the darkness, the silhouette of the boy’s dormitory emerged. Once they got in, anything could happen. Something had to be done soon.

And suddenly, there was a flap and the field was flooded by bright lights, blinding both Dele and the captor's nextext thing he knew, they were surrounded by armed police officers. Before any of them could utter a word, they were all staring at the business end of guns.

The criminals dropped their guns and raised their hands in surrender. An officer unlocked the cuffs around Dele who was breathing hard and fast, thanking God he was alive and kin one piece.

When he looked ahead, he saw the Chief Security Officer and the Principal standing side by side, he walked up to them.

“You did a good job, Dele.” The CSO said, his hands folded across his chest. “Sorry I did not send the backup as protocol demanded.”

“The police told us not to.” The Principal replied, “when the alarm signaled in their station they called us and told us not to interfere that they already had men close by ready for them.”

“Oh, so they were expecting the attack?”

“Yes. They were here to kidnap the son of the Chief Judge, so he would rule in favor of their father who is in court for a murder case. The Police got a tip that it would happen tonight and they put measures to make sure their plans didn’t work.”

“Probably,” but Dele was frowning. “But I would have preferred a heads up so that when I found a gun pointed at my face I would not pee in my pants. Sir.”

The CSO only shrugged, “I understand, we were not told either. But look on the bright side, the culprits were caught, the children are safe. You did a good job.”

Dele turned to watch as the men were bundled into the police truck, then they were driven away. In seconds silence fell over the field once more. It was as if it had never happened. But it would be in Dele’s mind for a long time.

As he turned to return to his station, the CSO stopped him, “Dele, did you pee your pants, did you?”

Thank you for posting this story of police intrigue on @theinkwell, @ubani1.

We're glad to find your comments on fellow writers' posts.

I love this story, @ubani1. You don't miss a step. From beginning to end, the narrative is fast paced and flows smoothly. The rationale for the story is clear, the character development is strong and the resolution is satisfying. Your windup, that last two lines are perfect.
Good job.

Thank so much for your kind comments. I am glad you enjoyed reading my story.😊

Wow, that one got my heart racing, @ubani1! This story is well-written, nicely paced, and has some great dramatic elements.

This bit of dialog is perfect:

“Probably,” but Dele was frowning. “But I would have preferred a heads up so that when I found a gun pointed at my face I would not pee in my pants. Sir.”

Even when he's recovering from the fear of a lifetime, he has the presence of mind to use "Sir" in a rather ironic way.

Very nice story @ubani1. It had all the elements of a drama while being packed nicely into a short story.
I'm glad that Dele didn't get hurt, given the fact that he could have been warned in advance. At least he didn't end up having the change his pants, lol.