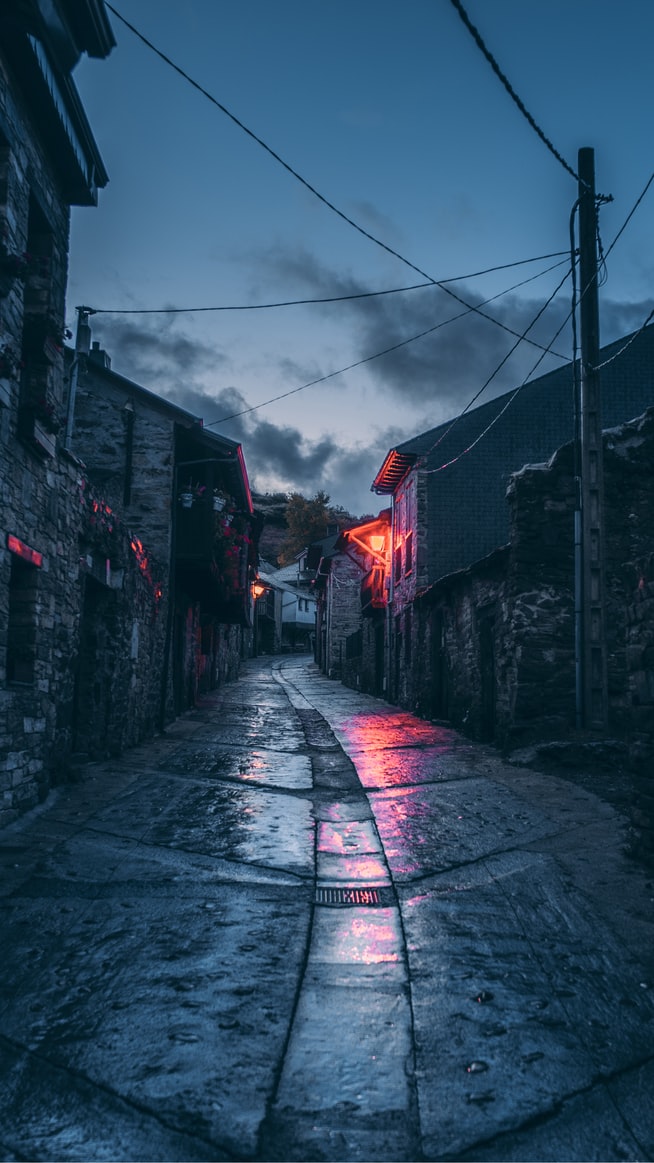 source
"Oh! C'mon, we've been over this a dozen times babe." Josh held his phone about an inch before his mouth and snapped.

"Hot fries don't constitute a meal."
Jane was still chuckling by the time he pressed the phone back to his ear.

"It does love, so next week it's your turn to cook or pay too." She laughed.

"We order actual pizza when I pay." She said
"I don't see the difference dear," Josh replied

"Oh really? Great. I will bring over some hot fries next movie night."

"Damn! Stop being such a cheapskate."
"Me?" She shouted surprisingly

Having the same argument every second week for a year had allowed Josh to continue it while his mind wondered. Their houses were separated by only six blocks of Small Heath. But Jane was always convinced that the walk was somehow filled with danger. Without hesitation, she would call his mobile number the second he left her doorstep and keep the chat going until he was back inside his own home. Since they had talked about everything before he left, the conversation was a bit more predictable during these walks.

Her voice became a steady ambient noise as he turned a corner and started down the miles-long stretch of road that was his street. It was the standard rich estate kind of place. Every house had the same two-story design, brown with yellow trims, and a picket fence blocking the yard from the sidewalks. He lets his fingertips tap against the planks of the seemingly endless fence and stroll in no hurry to get home. Summer was finally over and while the night air still had a bite to it, the cold breeze was rather pleasant.

The evenly spaced street lights kept the sleeping street from being completely swallowed by the night. Most people were in bed by this hour and everything was quiet, making his footsteps the loudest sound around him. Everything was the same as it had been for decades. So one small thing being out of the ordinary caught his attention instantly. Without much thought to the motion, he lifted his head and stared at the house beside him.

Its front door was wide open. All the lights were out. Everything was so quiet.

"What's that?" He mumbled

"What's… What babe? What is going on?" Jane asked with curiosity

He quickly readjusted his grip on the phone as she studied the house closely, trying to find any sign of movement.

"The Johnson house." He said. "Their front doors open babe."

Josh closed his eyes, glad that she wasn't there to see the expression on his face. "Yeah, I know. That's Why I found it weird."

"But aren't they on vacation for their anniversary or something?" She added.

"Not the son, I am sure I saw him at the football pitch today."

A few years separated them, so they didn't share any mutual friends. It was just that the boy's rainbow-dyed hair tended to draw attention. "What's his name again?" Jane's hum buzzed along the phone lines. "I want to say, James or Jake."

Josh stepped closer to the gate resting one arm over the top of the pointed tips. The open doorway seemed like a gaping wound in the cold silence.

"Uh! Babe, maybe he went to hang out with friends and forgot to lock the door by mistake." Jane said. "Just close it and go home.

"But what if he was being robbed?" He added.

"Oh, you're right, should I call the cops on the landline?" She asked

Josh gave it a moment of thought and quickly dismissed it. "Nah, it's probably nothing. You've made me paranoid."

"For the last time honey, it's called survival instinct, not paranoia."

"Alright, whatever you say. Hold on, I have got to get to the gate." He said.

Taking the phone between his shoulder and his ear, then opened the gate and slipped inside the yard. A cold wind crept along with the earth, kicking up dead leaves and rattling the nearby hedges as he headed up the flower-lined path. The rustling leaves sounded so much like whispers that he found himself scanning the shrubs for hidden people.

"What if they're still there?" Jane asked abruptly, snapping him out of his stunned state. He hadn't realized that he has stopped waking.

"What if someone broke in and attacked him. I am serious, or what if some old drunkard came in for a fight or some psycho killer. Maybe I should call the cops." She panicked

"Don't do that! Enough. I am looking. Don't put those ideas in my head."

Gripping the door frame, he leaned across the threshold and called out. "Jacob? Are you home?"

The house echoed his words back to him.

"Well?" Jane whispered over the phone.

"Give me a second, I need to find the light switch." Since the house designer in the estate was his own, he was able to locate it. He flicked it back and forth a few times but couldn't get the lights to turn on.

"Hold on! Is there power at your place?"

"Yeah. Okay, that's creepy. Did someone cut the wires?

A small part of his gut dropped as he uselessly flicked the light switch a few more times. Luckily for home, he glowed from street lamps to see by. With all of the curtains open, it wasn't much of a struggle. He studied the place from where he stood, from somewhere unseen came the ticking of a large clock. Rhythmic and slow.

" Jacob?" He yelled a little louder. "It's Josh from down the road. The door was open and I just wanted to make sure you're ok." Again, his words echoed back to him, but this time it was different. A whisper that he almost missed under his voice

"Omg! Did you hear that?" He asked Jane

"I thought I heard someone calling my name."

"Could it be Jacob? I told you he might be hurt." She added

"Okay. I am going further to check."

After a few steps inside, he passed the kitchen, no one was there, the house design was the same as his own, so he decided to check the basement and then go home. He turned on his flashlight, as he walked further. The door to the basement would be under the staircase just as it was in his house, keeping his phone high before him and having a video call with Jane.

"Oh! God, I heard that." Jane freaked out. He walked down the stairs, "Jacob are you okay?" Pushing the door open wide made the candlelight jump. The bathroom basement was empty as he thought.

"There's a candle burning surrounded by mirrors with a white powder around it.

"It's a demonic ritual of invoking a sprite from hell through the mirror and saying Bloody three times. You need to leave right now! Run now!" She shouted.

Just as he was about to take a step to move. A woman appeared and stood in between the mirrors, with a bleeding eye holding a twelve inches knife. "Oh shit! Are you seeing this?"

"Yes! She's real. Fucking run Josh." She shouted. A cold sweat dripped from his brow as he burst out from the basement staircase, slamming the close. "Run Josh…"

The lights down the hallways started flicking, as the mirrors hung on the walls of the hallway, started bringing her hands reaching out of the glass to become flesh, fingers clawing for his neck. His sneakers hit the pool of blood, as he turned, fell hard, and rolled down the stairs till he found himself at the exit door.

Everything seemed clearer now that he was within the light, and he found himself chuckling with relief. "She's gone." He whispered. "Jane, she's gone." His heart staggered to a stop as the phone's speaker crackled, struggling to convey the low kissing whisper of Bloody Mary.

Thank you for this chilling story, @ubani1. You handle the tension of the story in a magnificent way, filling the reader with suspense. Contradictorily it produces a sort of joyful admiration as it evidences your literary use of an urban myth. A very well written story.
Thank you for your writing and for your commitment to the community.

A sensational story that you have handled so very nicely. A person with a weak heart would either faint or die in such a situation.