It had been a long time since I cried. Even since I felt really scared. I tend to be a person who rarely leans towards feelings. I was considered someone cold, who hardly cares about others and no matter how hard I tried, I always ended up proving how selfish I was to everyone.

One day like any other day I received a call that completely shattered me. I was at work concentrating on my tasks while drinking a cup of coffee. The secretary came to my office and knocked on my door almost startling me out of my wits. The expression on her face was pale, as if she had seen her own death.

It was indeed a death, but not her own. My grandmother had passed away after seeming to have some age-related problems. It was something we thought we were prepared for. But the circumstances were different. While I was at work, a heinous event had occurred in which some bastards took it out on her until they killed her and completely disfigured her face. I still cannot understand why.

That day, I left my office as fast as I could and headed there. A bunch of cops were at the scene of the crime and I wanted to know who had done it. I vowed that they would pay for it and that if they didn't get justice, I would do it even if it meant my arrest.

After the forensic doctors denoted the circumstances of her death, the body was handed over to us for a wake to say goodbye. The transfer from the morgue was fairly quick. We needed some containment and at least we would not be with the uncertainty of not knowing if we would be able to see her one last time. That night was very strange.

We gathered in a room decorated with a lot of flowers, which to my taste, were disgusting. There were people I have never exchanged many words with in my whole life and I know they were there just to be there. The bitterness of knowing that there were people who never bothered to visit her in life and were now falsely mourning her, made my senses boil.

I decided to go outside for a smoke. The air out there was cool and the sky very clear. In those brief moments before I went back inside someone caught my eye mentioning my name. I assumed it would be someone who knew my grandmother, although I took some distance and caution. It was an old man wearing a suit and tie who, without introducing himself, extended his hand and handed me a letter.

After the funeral I got into my car and read the letter. It had an address and a sentence in Latin which I didn't take long to look up on the internet. It said something like "the struggle of the worlds until the truth is found". At that moment I didn't understand what it meant but I decided to go.

I went a long way, I even got disoriented. I arrived at a desolate place. A mixture of fields and dunes where a few masked men wearing dark clothes were waiting for me. I was alarmed and even thought about speeding up and leaving, but when I had made up my mind they formed a circle around me with torches flaming in the wind. I thought I was in trouble when suddenly one of them approached me with some papers in his hand.

That strange man presented me with several photographs from the day of the event. They had those responsible and they were only looking for my approval to do justice. Something I did not hesitate to give.

Later, I would go home and try to sleep knowing that I would be able to sleep. She had not died without receiving justice. Although on the other hand, my mind was beginning to get disturbed knowing that at that very moment where the wake was still taking place, there were the culprits of a criminal act. 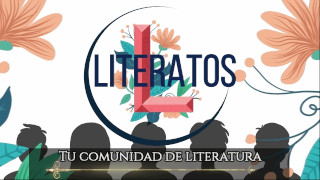