Splinterland has grown to be more like an addiction of mine. Its not just about earning anymore, as I love playing it. So for a splinterlands addict like me, what's more fun than trying new stuff out. So, today I am gonna talk about the newly introduced summer to splinterlands, Conqueror Jacek.

Conqueror Jacek is the new legendary fire summoner belonging to Chaos edition. It is tenth in the series of fourteen special airdropped character as yet another million CL packs got sold.

Costing 6 mana like Grandmaster Rathe, Conqueror Jacek brings in a new ability into the summoner's league i.e. Scatter. Conqueror Jacek gives all friendly ranged monsters Scattershot ability, along with +2 Speed boast and Piercing ability. Needless to say, it will certainly live up to the Chaos edition name it belongs, bringing fair bit of chaos and mayhem into the battle field. 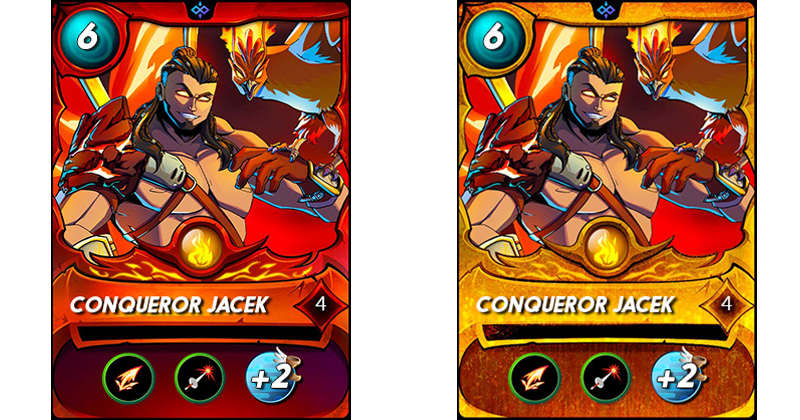 As far as airdrop is concerned I wasn't that much lucky and only got two Conqueror Jacek airdropped against my 1260 eligible packs. Better luck next time! I guess, I am gonna have to purchase it off the market and meanwhile I arrange funds for purchase, I am gonna have to stick with renting for a while.

Just second day into being introduced, Conqueror Jacek's both sale and rental market are having great fluctuations.
As of now, Jacek is going at around $25 per bcx which is to be honest a bit high. Personally I value it around $20 per bcx and hope that price will come around this mark once excitement and fomo surrounding Jacek settles down in a few days.
As far as rental market is concerned, a premium have been charged especially on maxed Jacek. But high rental didn't stopped me so I ranted a Lev-3 Jacek. The joy and excitement of trying a new legendary summoner is indeed worth it.

After getting my hands on Lev-3 Jacek a few hours ago, I gave it a shot in several battles. Like all other summoners, this summoners takes some time to getting used to. Here are my initial impressions of Jacek based on first few usages:

Among a few battles, I played with Jacek so far this one turned out to be my favorite: 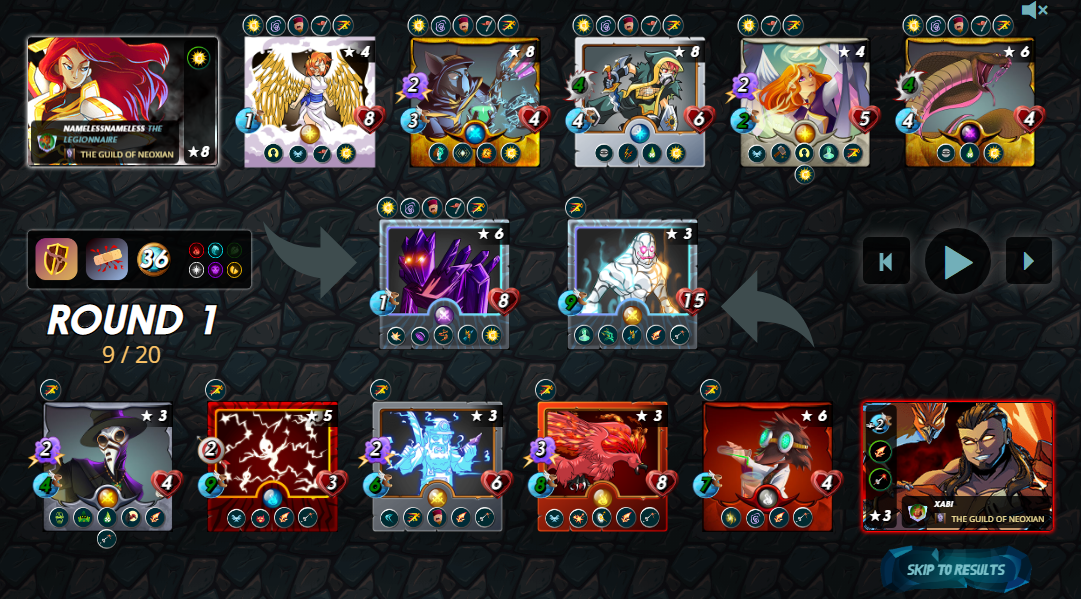 Battle Link
This was a 36 mana battle with Broken Unprotected and Healed Out rulesets. I used Zaku in my last battle so I wanted to surprise enemy using Jacek and it worked perfectly. Jacek's Scattershot indeed proved invaluable in bypassing enemy tank.
Another important thing to notice is how I used Jacek's added speed to my advantage to have protection from both frontal and sneak attacks. God, it is always fun to watch enemy missing attacks over and over again.

That will be all for today.
Did you used Jacek or atleast encounter it?
Do let me know how you feel about it, in comments below👇
👋Adios👋