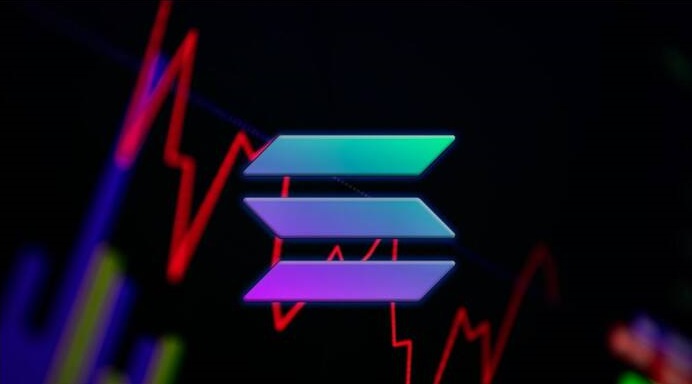 During the current market crash, almost every cryptocurrency have have taken a hit. Sol the native coin of Solana network have taken the worst hit so far, with price getting crushed by almost 18% in last 24 hrs and overall 42% decline over the last week. 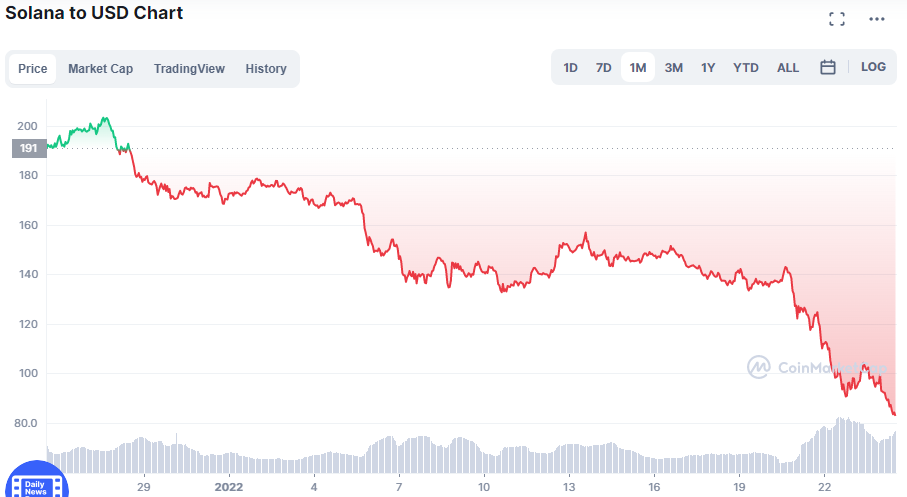 Apart from the ongoing bearish start of the year which have crushed price of almost all crypto currencies, there are other factors like network outage contributing to Sol price slump.

On January 21, 2022, Solana network suffered outage that lasted for 48 hrs. Apparently the issue was due to excessive duplicate transactions done by bots. The issue was resolved on Sunday with the implement of v1.8.14, but Solana defi users who took the loans paid the price facing heavy liquidation over the 48hrs outage period.

The unhappy traders are questioning the reliability of Solana network and it's status as wall street darling. Solana has not been new to network outages, as on 4th January this year network went offline for
4 hrs due to denial-of-service (DDoS) attack(3rd in period of 6 months). This new year outage followed another DDoS in the end of 2021 which impacted network performance for several hours.

The recent Solana outage, couldn't have come at a worst time with market experiencing broad-based sell-off. Solana had been one of the top performer of 2021, with price growing by a staggering 16939% from mere $1.52 at the start of year to an all time high of $259 in November. But as the network gained traction, it also started to experience frequent outages and congestion mostly due to bot attacks. As of now Sol is facing excessive selling pressure and if the bearish sentiment persist the price can plummet even more.

Interesting to see people still defend Solana after all of these disasters.

Yeah indeed!
And I feel for those who lost their money due to these outages.

A lot of people I know couldn't cash out because the network was broken, something we constantly warned them about when it comes to centralized chains.

Wouldn't be surprised if they keep using it if the markets pick up the pace anytime soon.

@wine.bot 53
4 months ago
Hi @dynamicrypto, You Do Not Have Enough WINEX Tokens To Make Another Successful Call.
Please Stake More WINEX Tokens.
(We Will Not Send This Error Message In Next 24 Hrs).

lolztoken.com
Knock knock...
ERROR: Joke failed.
@dynamicrypto, You need more $LOLZ to use this command. The minimum requirement is 16.0 LOLZ.
You can get more $LOLZ on HE.
0
0
0.000
Reply

Let's see how this will affect Star Atlas. Would be a shame for the game to suffer because of Solana even before fully launching.

That was a very informative read... thank you for sharing :)

Maybe including you, most of people don’t know other chains have experienced a lot of outage including Ethereum.
Recently Cardano, Polygon and AVAX did very poor network performance so I could not handle at all for 2~3 hors or several days.

But why do people mention Solana only?
Because Solana usage is so higher than others. Hive transaction amount could not be compared, and other major chains transactions is so small compared with Solana.

Please wait for a while. Sooner or later you can see lots of new rising suns from Solana chains.

This is not a matter of centralization..you don’t understand it clearly. this is a matter fo scailability.