My $5 investment into the pHBD/USDC LP: A short guide.

I finally did it! I'd been stalling and well, basically poor, so pulling out $5 for this felt like a big deal. Thanks to my Splinterlands card rentals, I got $5 and decided to put it to good use by playing around with the pHBD/USDC Liquidity Pool last night. I've written this post and this post to properly explain what this Liquidity Pool is all about and for this post I'll be showing you how to invest in it and how to stake on Polycub. I'll do my best to make the process simple but I have to admit, I always have problems with my first time so I can't promise that you won't.

Please note, that you'll need a Metamask wallet if you don't have one. I suggest Metamask coz it's what I use but there are other options.

I'll also be sharing the mistakes I made along the way, just in case you find yourself in a similar pickle, you'll be able to navigate your way through like I did. Hopefully, it'll be as informative as I want it to be.

First thing's first, you'll need to have some HBD in your Hive wallet, then you head over to https://wleo.io/hbd/, you put in your Metamask address and then the exact amount of HBD you'll be using.

This is called "wrapping". I believe I explained it a bit in this post. 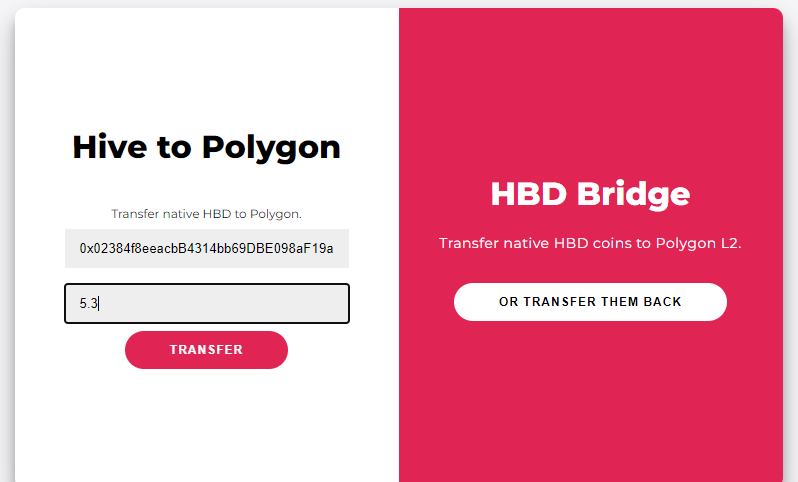 After approving the transaction, the pHBD is meant to appear in your metamask wallet if you've added pHBD to your assets. If you haven't, you'll need to open your 'assets', scroll to the bottom and click on the 'import tokens' option. 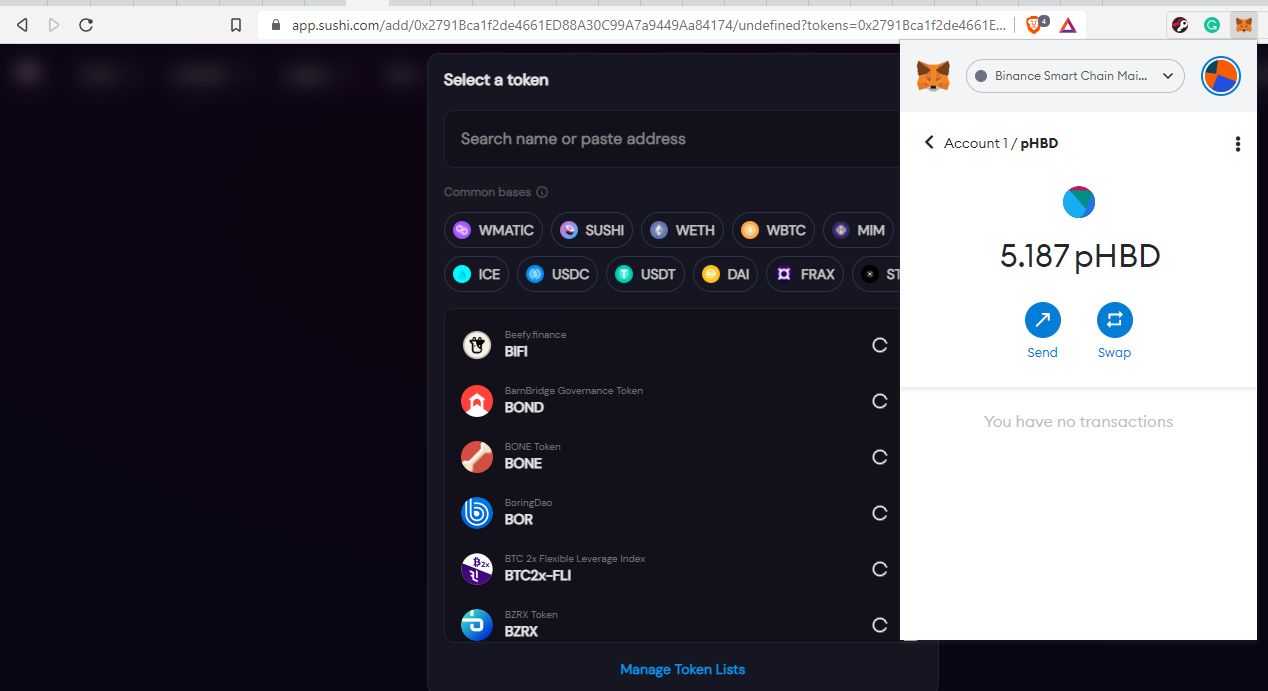 The next thing I did, that I shouldn't have done at that point was head over to polycub.com, pen farms and enable PHBD-USDC LP staking. It's a necessary step but I was confused at that point so I just did it. 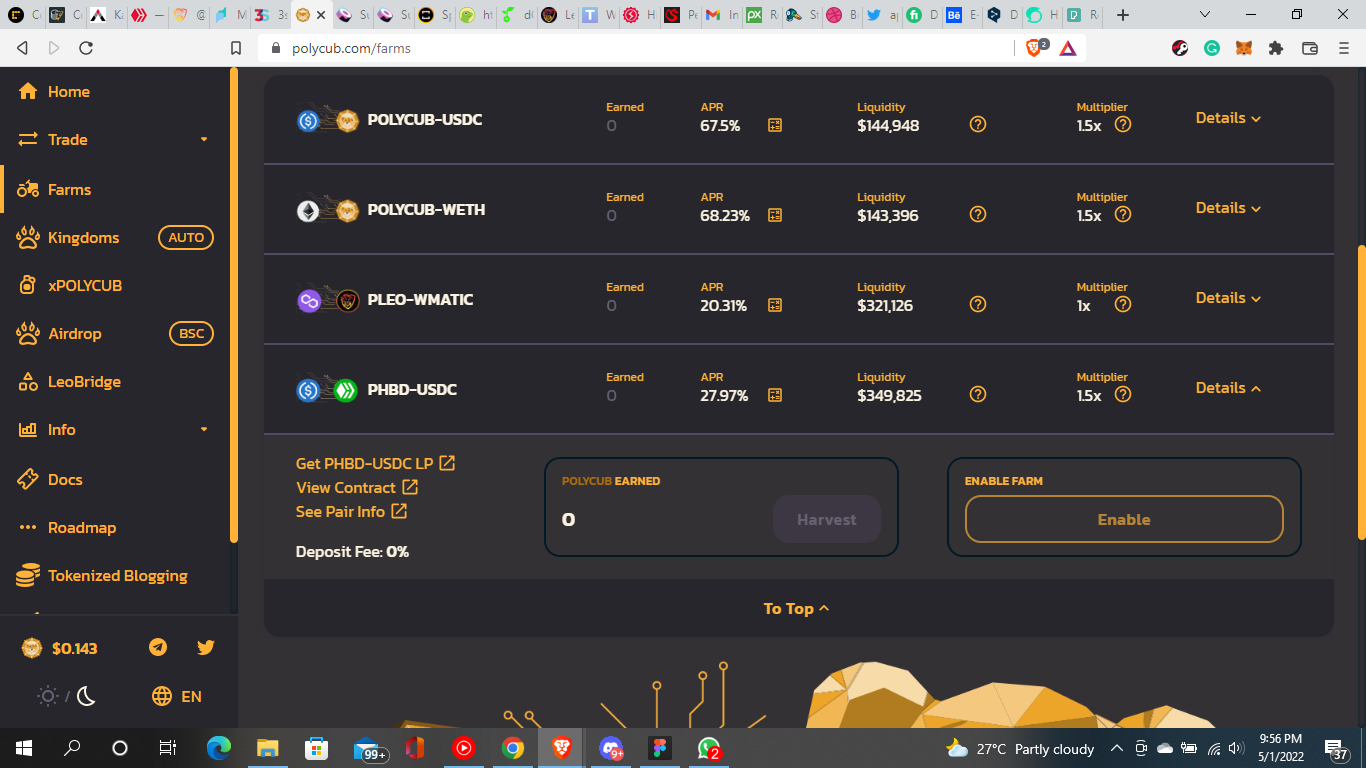 After that, I realised I couldn't stake so I got this error. This happened because I had no pHBD-USDC LP to stake. 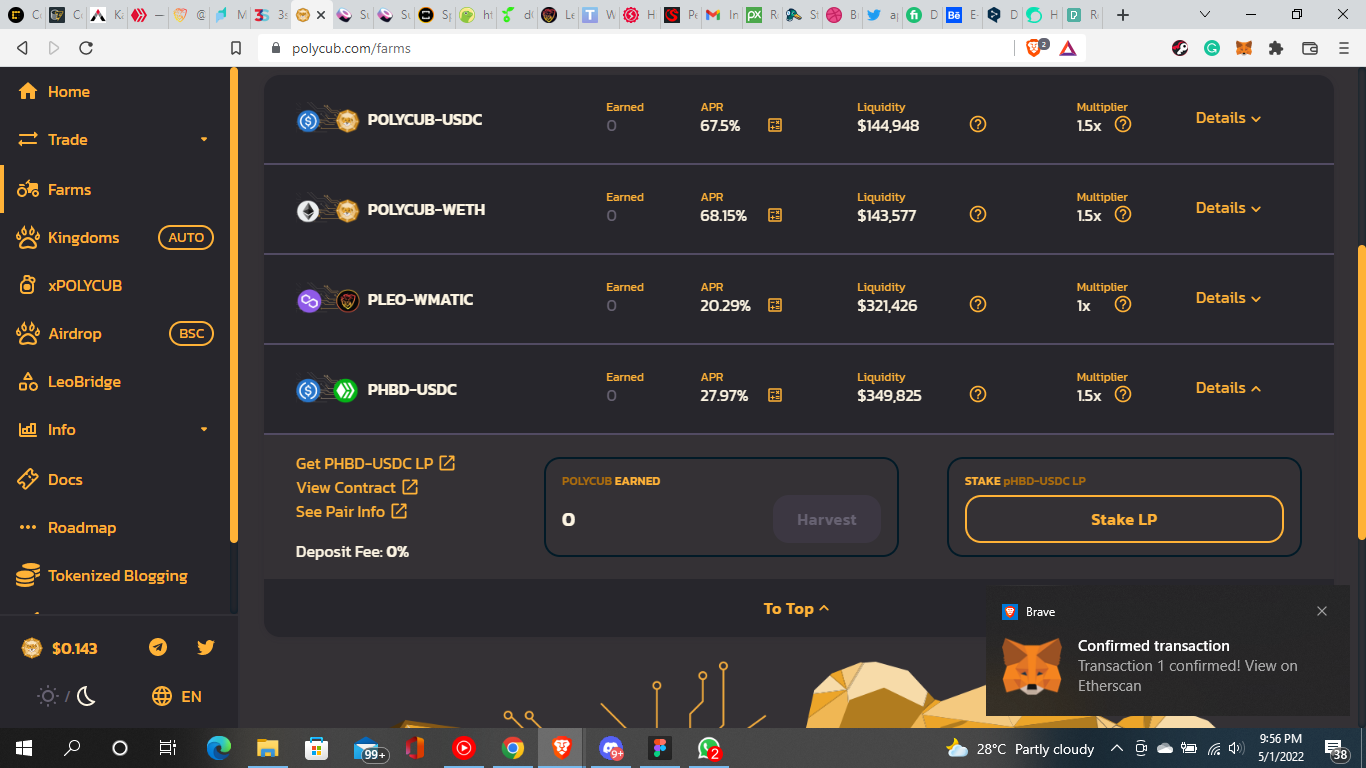 At this point, I headed over to this post by @leofinance and that's when I took the next step by going to paraswap.io. 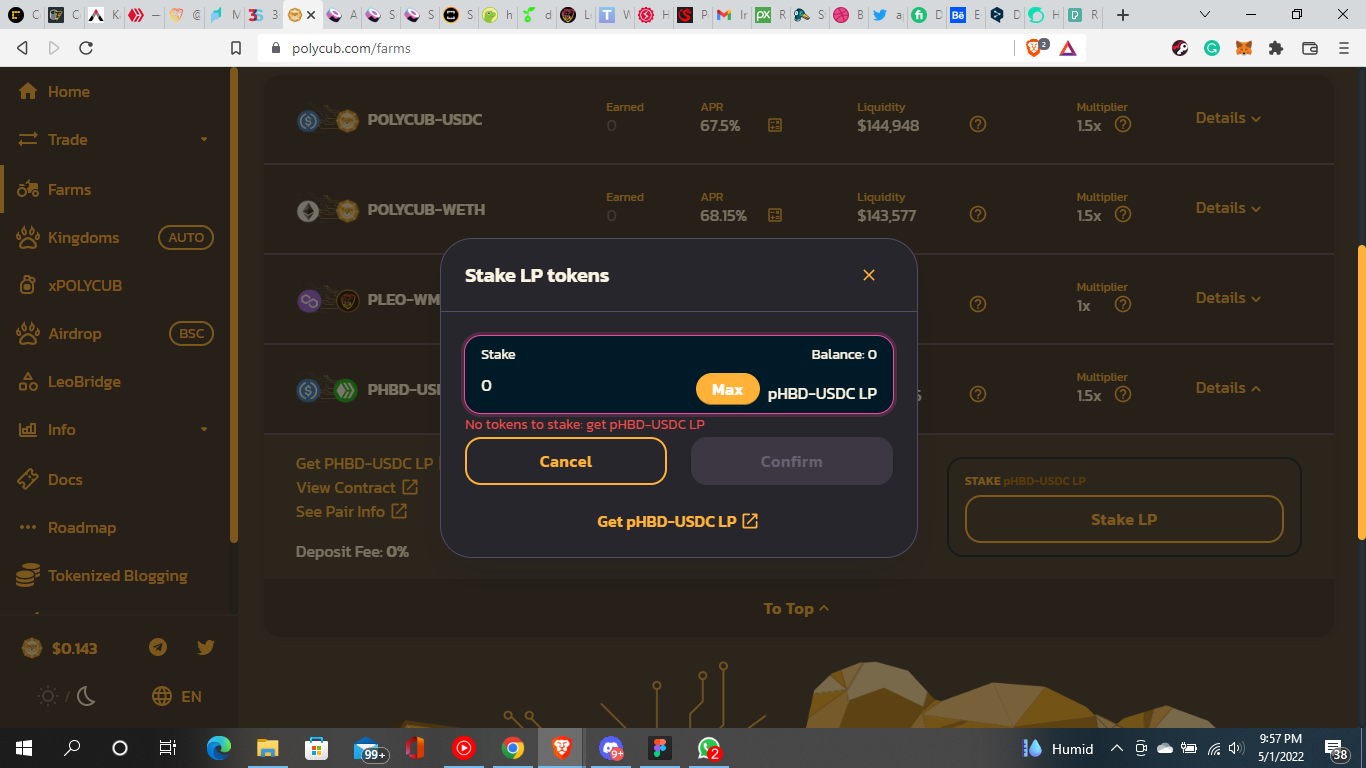 I got to this site, selected trade, put in the pHBD address and then imported it. 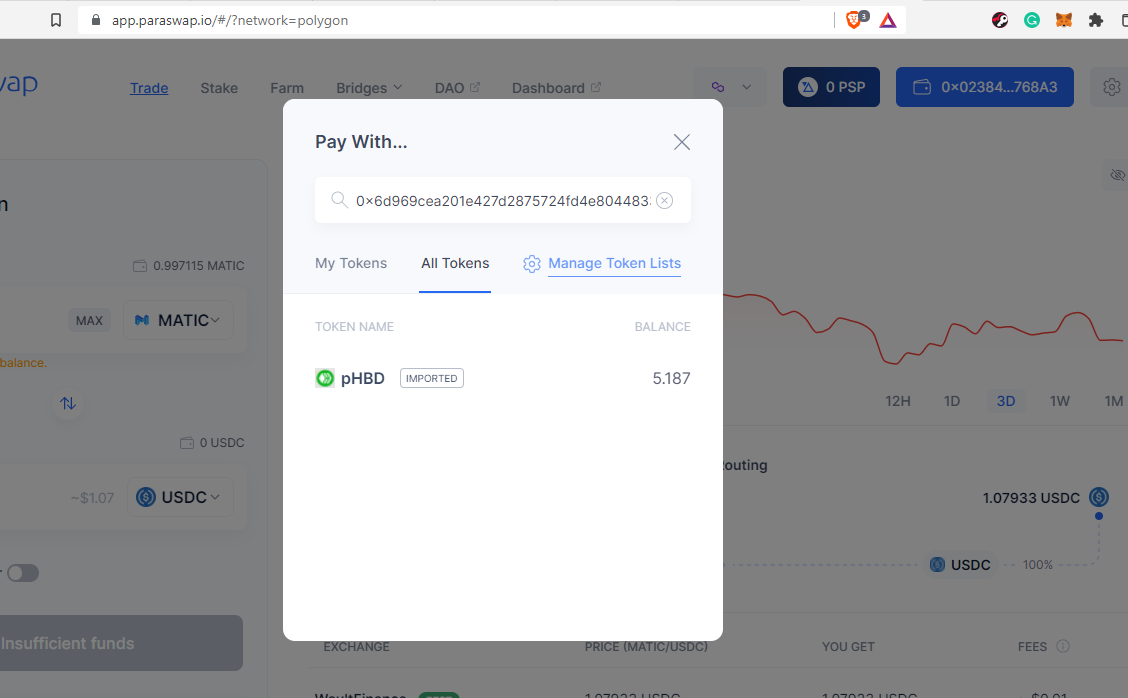 After importing it, I still unlocked it. I have no idea why I had to do that, but I did. I had to make sure I left no stone unturned coz I had never been on this site before. 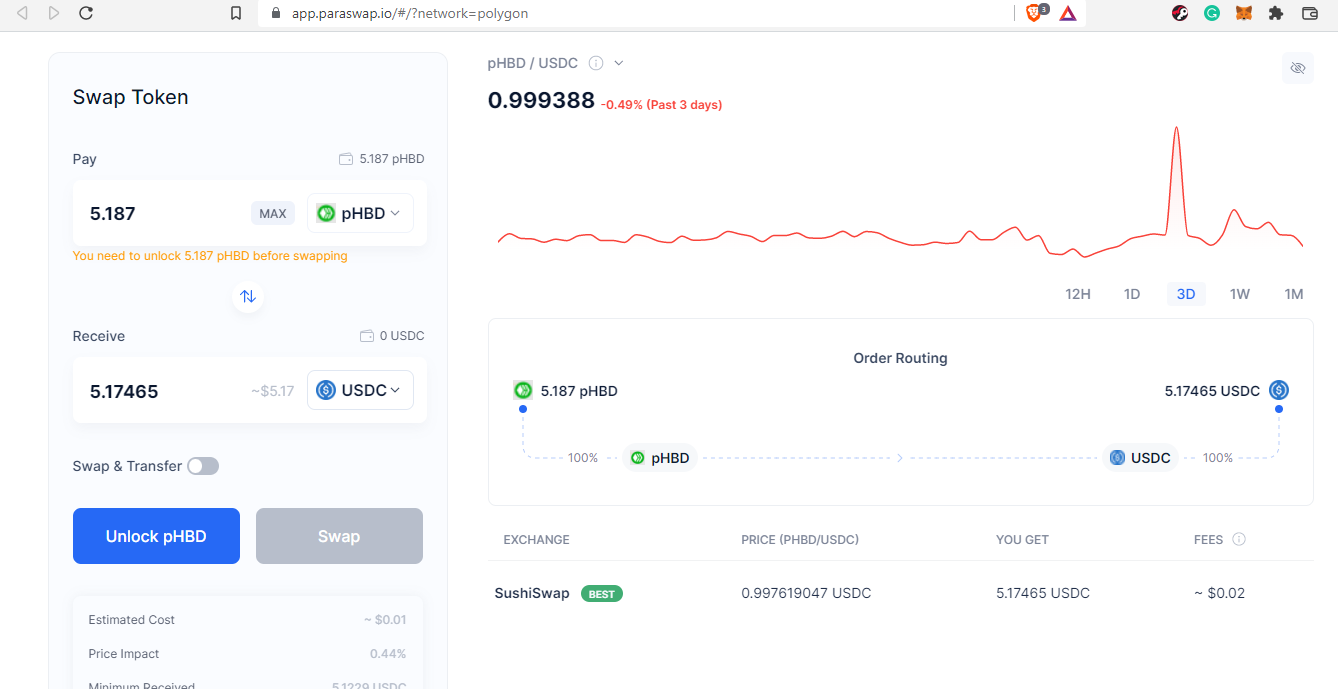 I chose to unlock it permanently, because, why not? 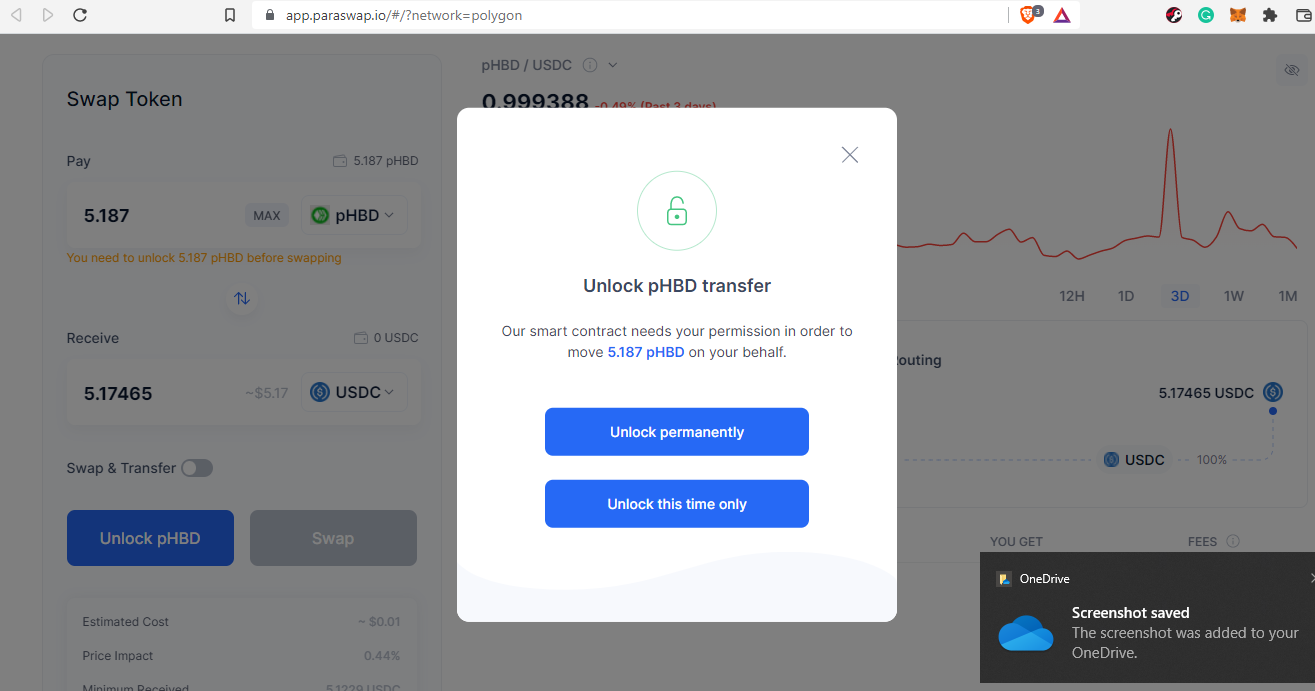 I forgot to mention that I connected this platform to my metamask so every transaction had to receive approval from my metamask and some gas fee. I'll probably explain what gas fees are eventually coz they're important. 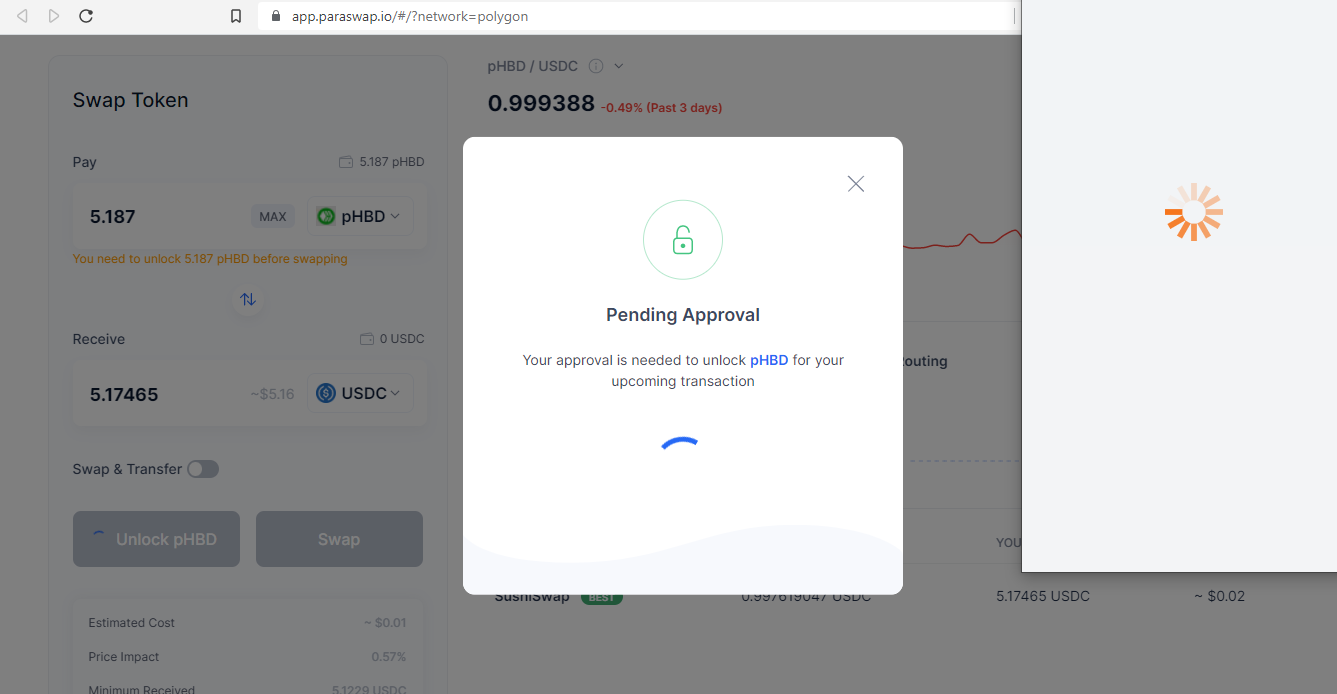 pHBD got unlocked, finally. Trust me, this took me hours. 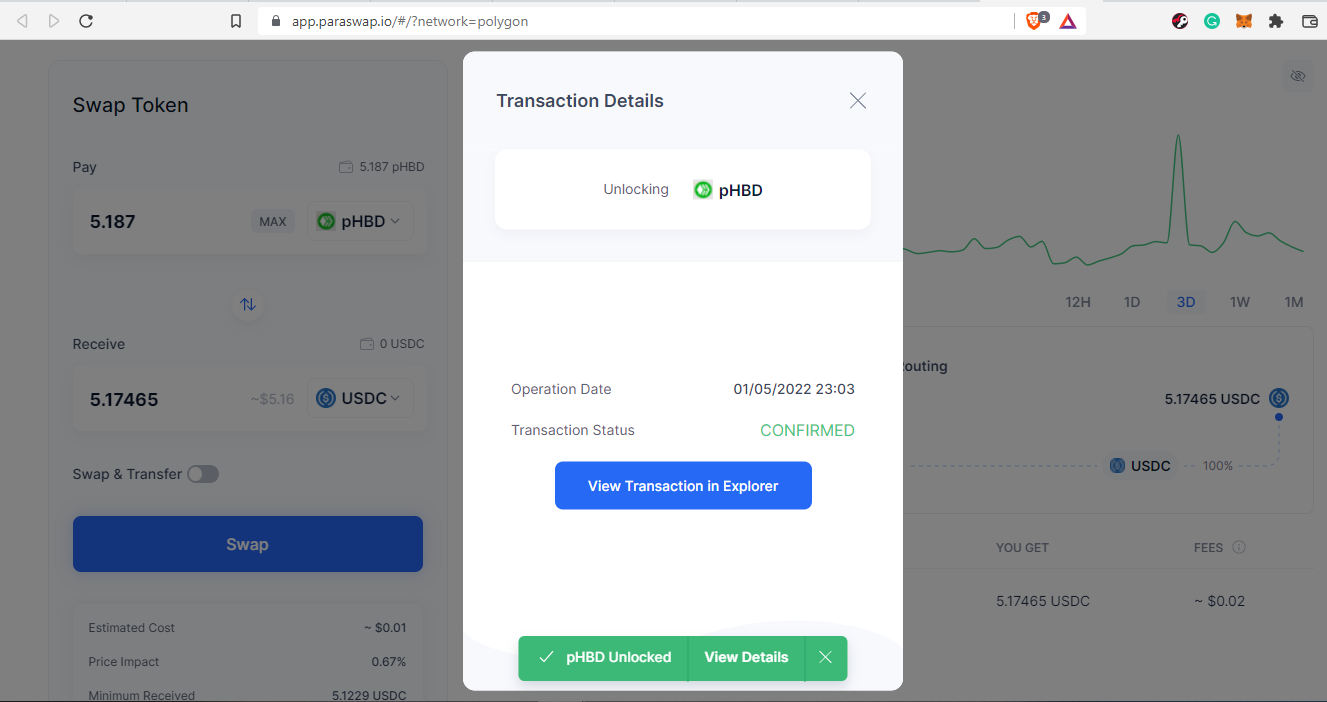 So, I headed over to app.sushi.io where I finally imported pHBD by inputting the contract address again. 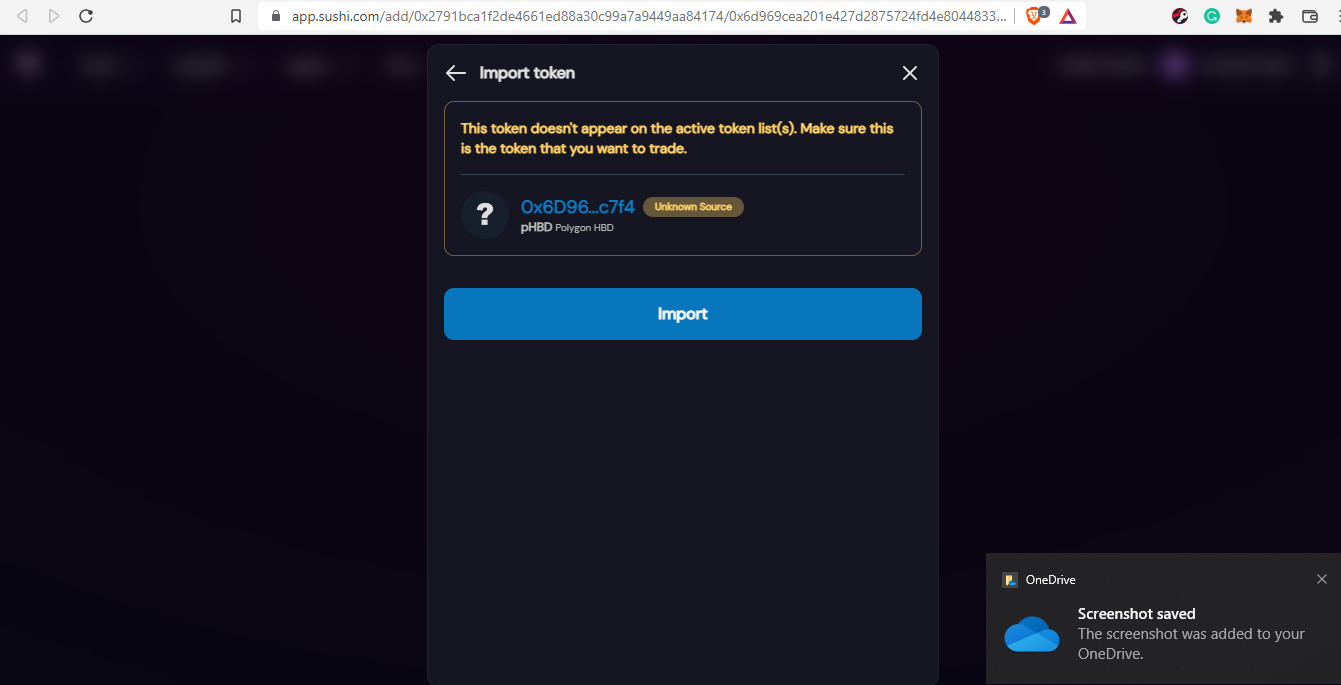 Next, I had to split my pHBD into two by swapping one half for USDC. I had to do this because I need to have both of them if I'm going to be getting into the pool. I also explained this a lot in this post. 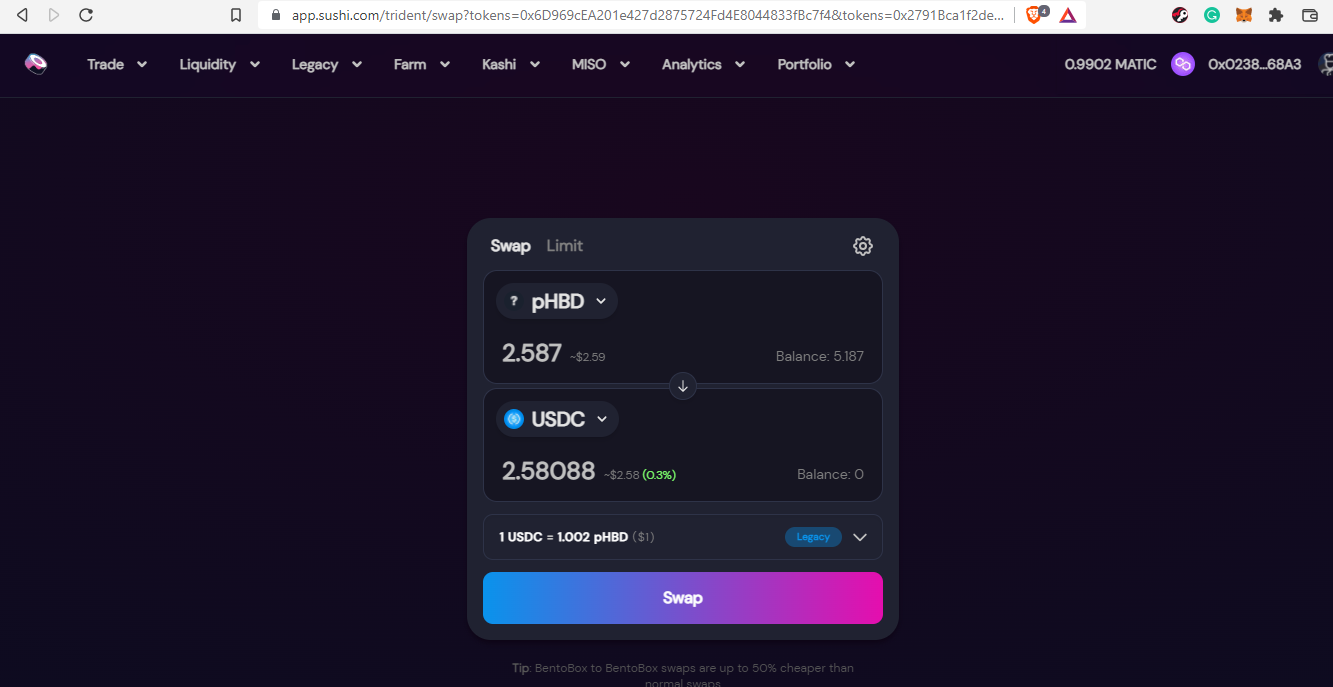 After confirming, the next parts are pretty straightforward. 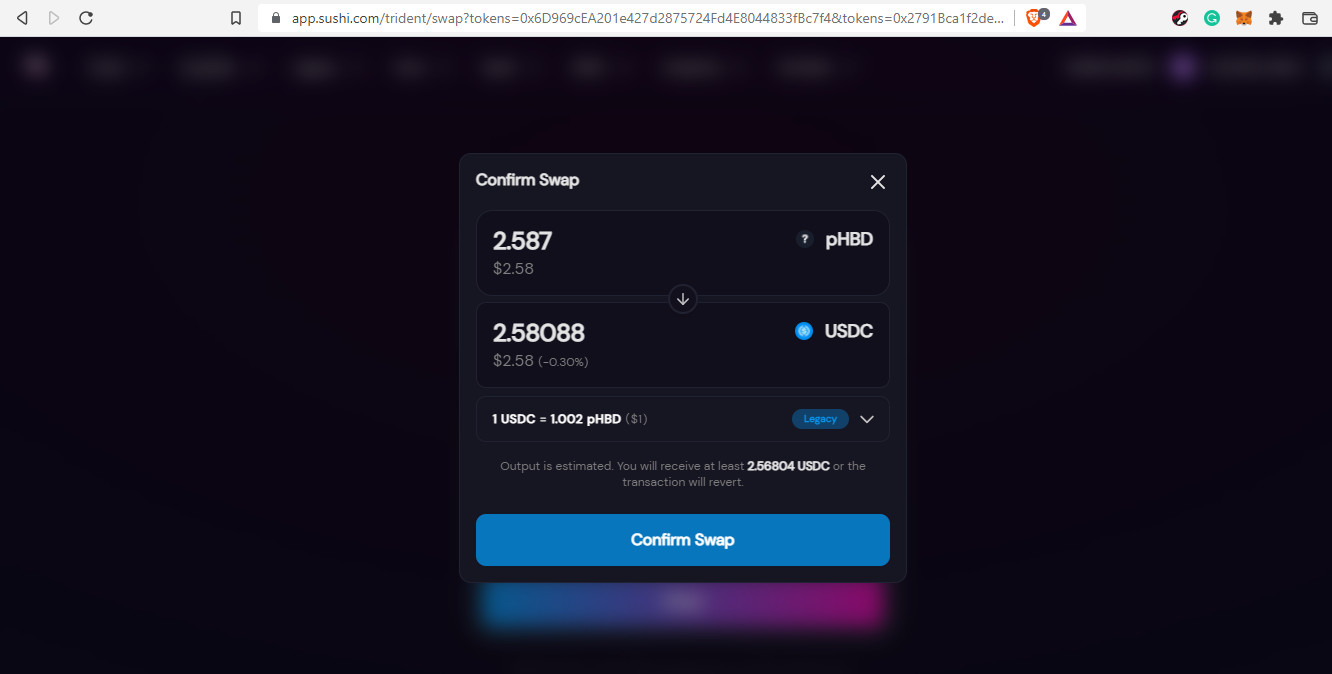 I headed over to polycub.com, went to the farms and tapped on the get pHBD/USDC LP link and it redirected me here. 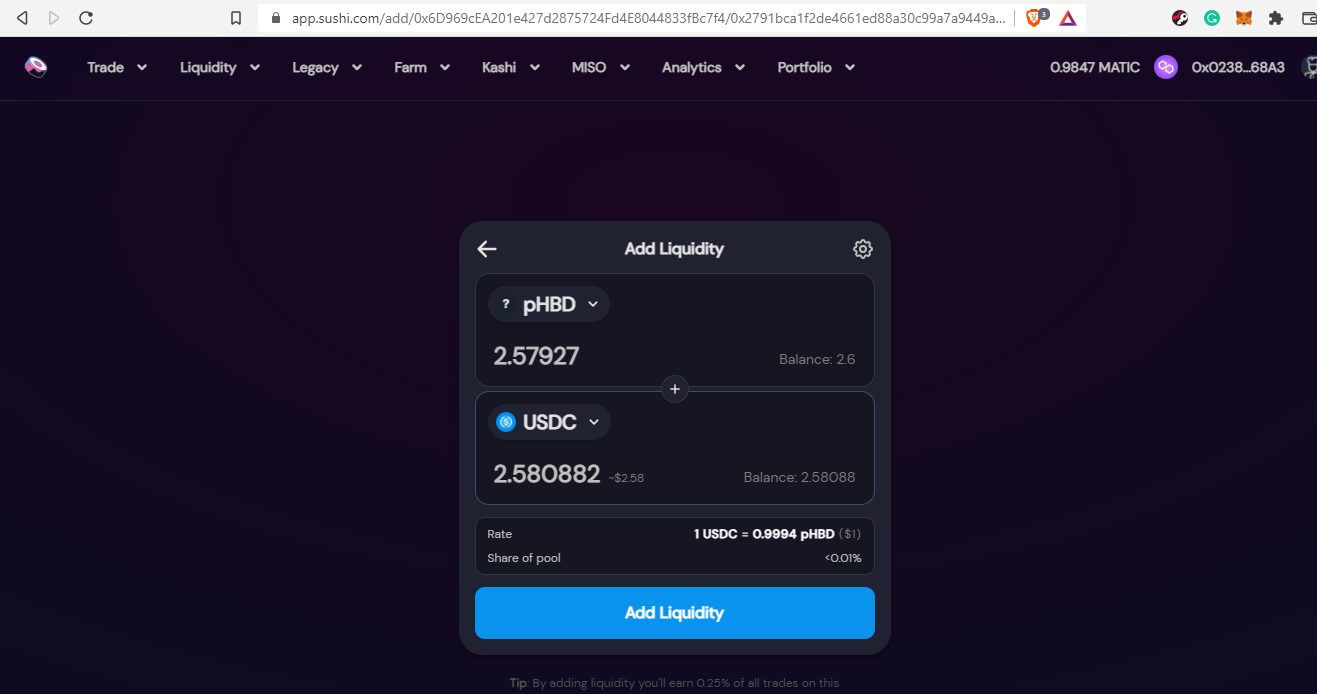 I added liquidity and I got really little pool tokens, but what do you expect from a $5 investment? 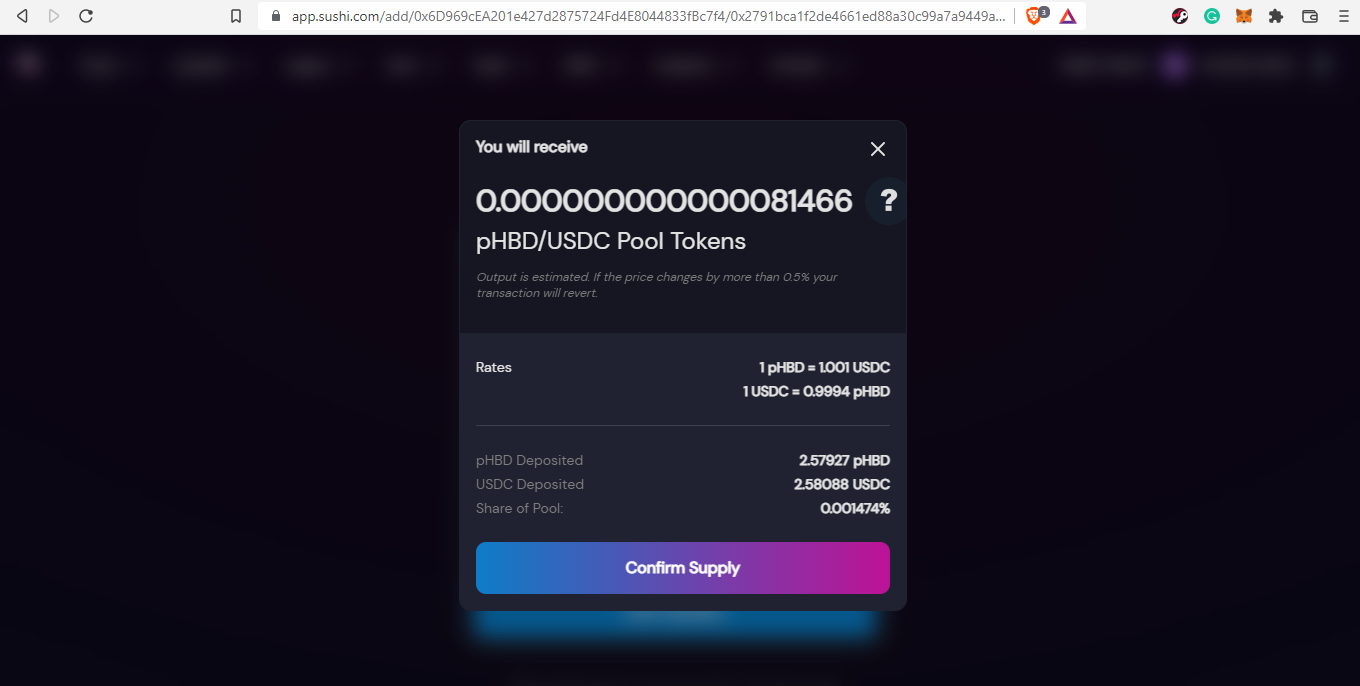 I went back to the farms on polycub.com and stakes the LP tokens. 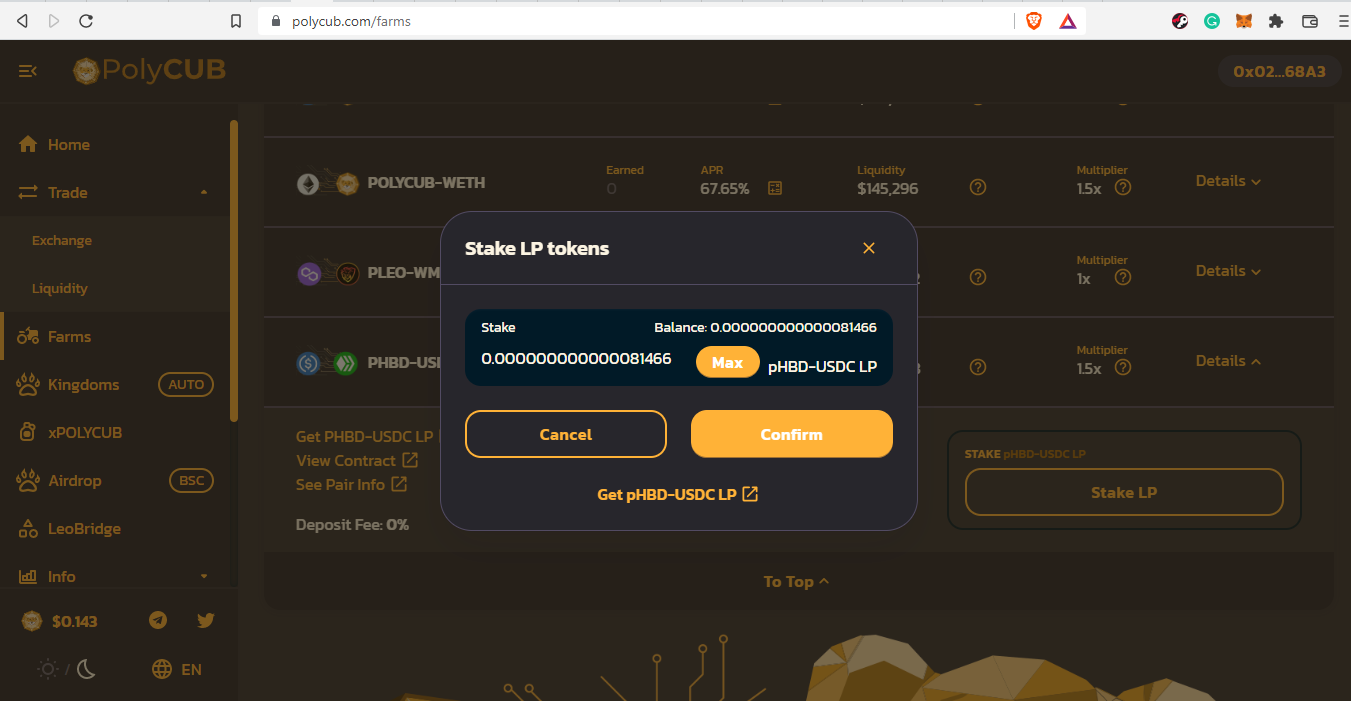 My procedure is pretty long but these are basically all the things you'll do in order to not only get the liquidity tokens but stake them as well.

I hope I've been able to help you and not further confuse you on this.

Got any questions, please ask. Want to help me by making a few corrections to my procedure, I'm open to it.

Thanks for the step by step instructions, when it comes down to business, it will be easier for me to understand what and how to do.

I really hope I made it that simple. Glad I could help.

Useful step by step guide. However, this isn't going to be top of my list to try. It still sounds so complicated. 😂

Also, my experience with liquidity pools, so far, is that you have to keep an eye on them. I'm looking for as passive as possible so I'll probably stick to delegating.


Why does Davy Jones never bend his knees?
Cause they're always Kraken
Credit: reddit
@young-boss-karin, I sent you an $LOLZ on behalf of @gillianpearce
Use the !LOL or !LOLZ command to share a joke and an $LOLZ.
Delegate Hive Tokens to Farm $LOLZ and earn 110% Rewards. Learn more.
(1/6)
0
0
0.000
Reply

In the end, I've learned that there's no right or wrong decision, only yours. I still find this very complicated but consistency helps. I always check up on all my investments every day, including the passive ones. My major worry is how secure they are but I trust this one to a large extent.

Thanks for stopping by and the tips.