It's been bloody these past couple of weeks and as much as I've tried to avoid it, I have friends who just can't rip the smiles off their faces. A few hours ago, a friend I've been bothering to take her Hive seriously just called and offered to open a GoFundMe to help keep me alive. 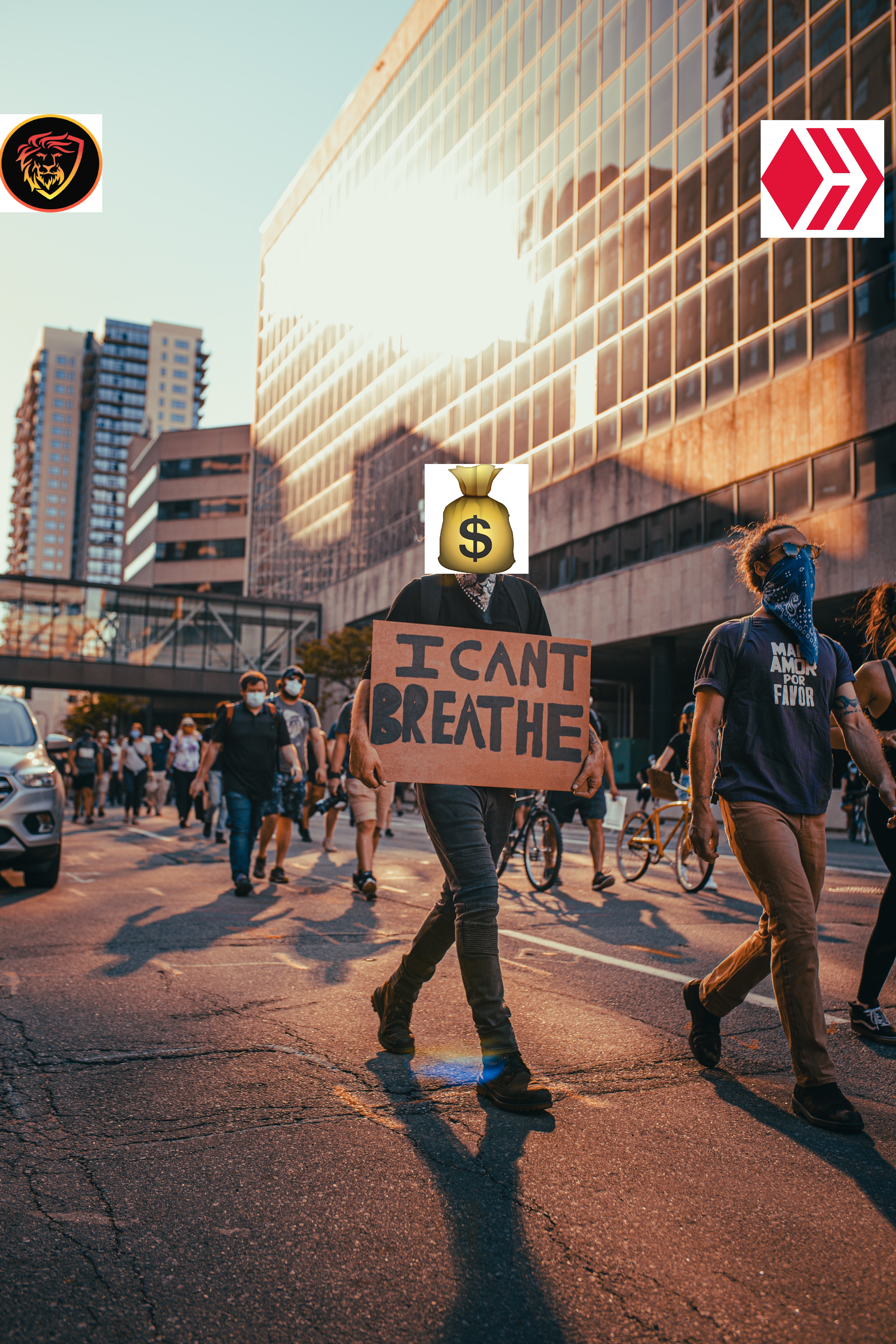 I've also had a lot of crypto haters around me who just laugh about the entire thing and ask how broke I am at the moment. I am pretty broke but I've been this way for the most part of the year, crypto infused suffering and others.

I called my brother to ask him when he thinks I should begin my buy in the deep and he was more like I can begin whenever. However, I have this friend who strongly believes that this is only the beginning and until the US increases interest rates, the real inflation hasn't truly begun.

Crypto doesn't move with that crowd, well, at least I hope not, so I don't think a lot of things are dependent on certain government decisions. But then again, when are they not?

I'm not a market watcher but I do know a little bit here and there about certain tokens and the pros and cons of investing in them but I feel pretty lost. For the first time ever I have $100 to invest in something and I don't even know where to begin.

I made some bad investments last year and I've mostly moved on from them however, I'm not ready to make the same mistake twice. So... I seek council.

I've been following the Luna talks closely and I think I have a proper understanding of what exactly is going on. I've gathered from a lot of authors both on the blockchain and off the blockchain that this is the possible result of a platform with great potential whose price rose exponentially.

Luna has a number of viable use cases, sort of like Hive, but it gained a lot of traction when it was on the rise and a lot of people got into it and made a tonne of wealth along the way.

Now, it's crashing badly. It went from an all-time high of $119 and is currently trading in what we call the trenches at $1.07 at the time of writing. That's nothing short of heartbreaking.

It's not a failed project. It's just hitting a minor setback at the moment and it WILL bounce back, we know this. The question is when and what do we do until then?

I might get in when it hits $0.5, maybe though, maybe. I haven't properly researched the infrastructure of the entire token so I don't know yet but I trust my crypto council.

Alternatively, this is the best time for me to jump in and get myself a little $AVA. It's been fluctuating between $0.6 and $0.7 all day and for a brief moment, I made a hasty decision to remove my HBD from savings to get some.

A few hours of introspection later and I stopped my withdrawal. I had a spirit within me telling me to "just wait". I'm not a market watcher and I know I need to get proper counsel on when's the best time to get in. I can't risk another wastage right now.

All in all, it's the wild wild west on Crypto street but it'll all bounce back. This isn't the time to sell but to stay frosty, delete all your exchanges and avoid the internet, especially Twitter. That place will kill you before poverty does.

Disclaimer: Like we always say at the end of these rants, it is absolutely not financial advice. DO NOT LISTEN TO ME

Lol... Twitter has so much heartbreaking tweets right now, the sad thing is that I see them on my WhatsApp status 😂 maybe I'll just stop viewing status for now.

By the way, this is the second time I'm hearing about LUNA, I guess I really need to go do research to know more about it but you did a great job in giving me a head start though.

Not a financial advice but I don't think you should keep waiting for more dip before you buy... The good days may just be around the corner 😅

Yeah. I believe the dipping is just beginning too.

Yeah, it keeps getting worse 😬 but we'll be just fine soon