Would you learn a new skill just for money?

I've never wanted to work hard in my life. As a child, when everyone talked about how they wanted to be doctors, lawyers and engineers, I said I wanted to be a Princess. I thought they were stupid for wishing for labour. I was born to chill and give orders. 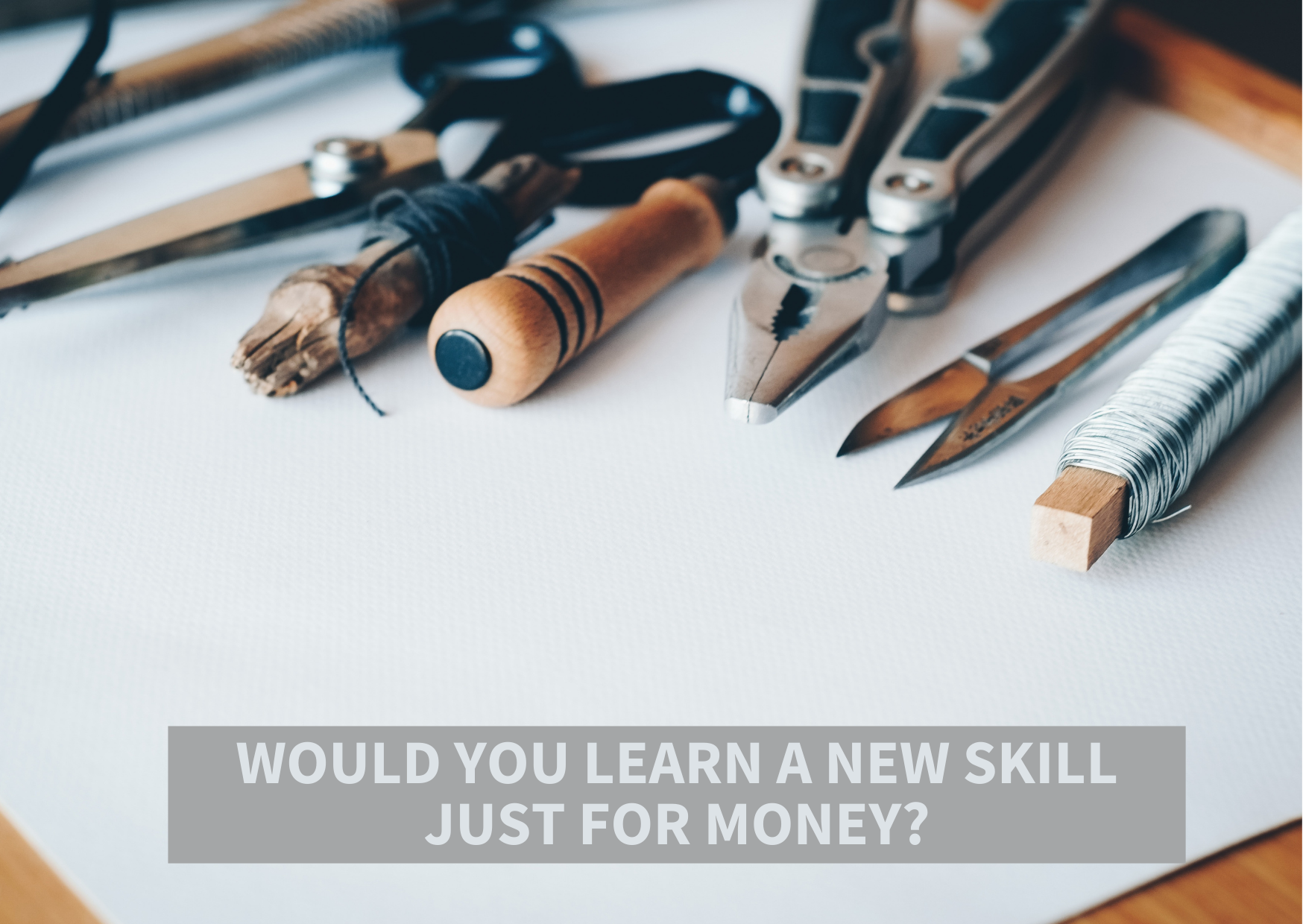 Unfortunately for me, asides from being a Princess, I don't think I had many other dreams so when reality hit and I needed to make a life decision, I choked. They don't teach "Princess" at the University so I decided to walk on the same roads as my supposed subjects and pick a course of study.

I have few passions but I'm great at learning. Unlike most people, I can't think of one particular thing I could enjoy doing for the rest of my life. This is both a blessing and a curse for me because I learn everything and I barely see them through because I'm always on the move.

I've never been great at designing anything. So getting into Product Design has been like developing a new muscle from the scratch. It has been hard but I have a rule of thumb I work with: "My next design has to look better than my last"

For this reason, I design a project and then redesign it last minute because I thought about something better. It's an iterative process. It's continuous. I think about my very first trial designs, I see how far I've come now and I feel proud.

Right after complaining about my problems last night, I fell asleep and when I woke up I made a design and sent them over to my client but he didn't like them. I took a nap and re-did the to his satisfaction.

It's just for the money

I hate admitting that I'm doing something just for the money. I wish I didn't have to but the economy is so sick that I can't help it. As much as designing is fun because I get to see things go from my head to reality, I really just want to get good enough so I can make more money.

As fun as designing is, I have no passion for it and I think that's okay. I don't see myself doing this for the long haul. I already have plans of migrating to programming in 2 or 3 years.

I'm doing this for the money and well, the experience too. I've found myself being exposed to a new aspect of living that's a bit more intense than my usual life. It's far from my dream of being a Princess but I'll manage.

For now, what I do know is that I don't think I'll be taking a job that requires my physical presence more than once or twice a week at most. However, I don't mind going through the painful process of learning a new skill just to make some more money.

I was born to chill and give orders.

HAhaha - they really should pay people who have degrees in Princessology.

I don't know whether I'd do something I don't like for money. But here I am doing glorified babysitting in a classroom doing emergency teaching and I'm bored out of my brain.

At least I get to Hive.

I hate admitting that I'm doing something just for the money. I wish I didn't have to but the economy is so sick that I can't help it. As much as designing is fun because I get to see things go from my head to reality, I really just want to get good enough so I can make more money.

This is okay - I am also forced to learn to account and MS excel due to work-related stuff. The course that I studied in college was not used because there are few opportunities back then so I just applied to a contact center and have been doing the same routine for more than 10 years already and yes the pay is amazing too.