how I managed to increase my curation apr to 18%

Hello, my friends. Today I am back with another post related to curation. Two months ago I bought a delegation of 6000 hive power from dlease and I started to curate daily, aiming a big curation apr to recoup the 200 hive I paid to buy the delegation. Two months later I am very pleased with that decision on mine because not only I recouped the money I paid but I had a small profit also. Furthermore, my experience on the platform changed a lot because I am visiting hive several times a day to find posts to vote. As a result, I am always informed of developments and news in the platform and I am more active than ever 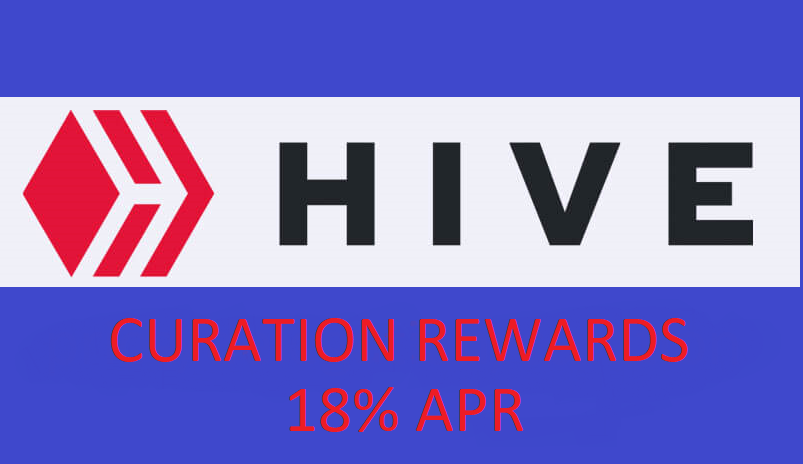 What I have understood so far is that many times you have to choose between posts of authors with a big reputation, which are going to be voted and will be surely profitable for the curator and between very qualitative posts that are written by authors with a very low reputation who they don't usually get many upvotes. In the first case if you vote at the 5-minute window usually you will earn x2 or x3 of your vote. But if you choose a post of an unknown author, whose post has almost zero rewards and gain more upvotes later you have the chance to earn x7 or x8 curation rewards depending on the value of your vote and the value of the post after the upcoming upvotes.

In the first case, the curation rewards will be profitable but the profit will be very low. On the contrary, in the second case if you can find posts that haven't gained so many votes and rewards and you are the first that votes for them, the profit will be huge if a whale decides to vote for them. You are taking a big risk because eventually the possibility of no one voting after you is huge but if a big account vote for that post after you, the profitability will be also huge.

When I started to curate more actively, I used to vote only posts of well-known authors with a big reputation. My curation apr was at 10 to 12 percent and I wasn't so pleased with the results because I had to compete with the auto voting bots who were voting before me even when I was restarting, again and again, to vote at the exact time of four-five minutes. I was disappointed and I stopped voting for well-known authors and I started to vote qualitative posts of small accounts that were emerging in front of my eyes at the created page.

The curation apr rose to 15% and I was very happy about that. I was voting for posts that were gaining under 1 hbd and usually if those posts were voted after me I was earning x3- x5 curation rewards. Then I decided to buy one more delegation of 2500 hive power because the bigger power you have the bigger the earnings are. Indeed 1 week after I bought my second delegation and I was voting with 9500 hive power and the apr rose to 16-18%. 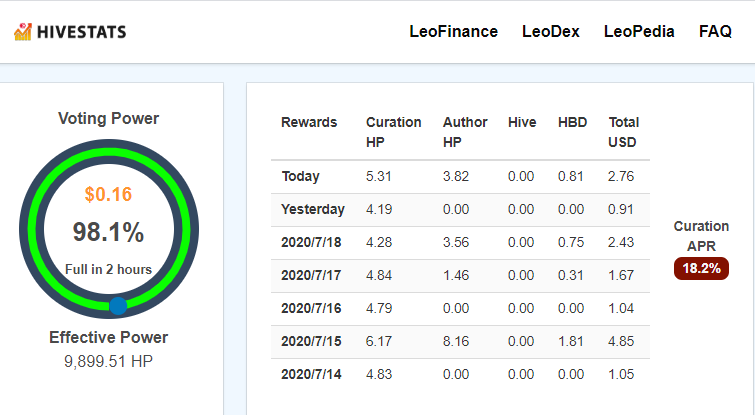 I managed to have such a big curation apr by voting only at the gems community. The three whales there are voting not only for their friends but they are voting for qualitative posts no matter what curation rewards they will receive back. If your post deserves to be voted most likely it will. At first, it was very easy to find underestimated posts before they get voted but lately more people have discovered how profitable is to curate at gems community and it has become harder to find profitable posts because most of them have been voted already manual or auto at the 5-minute window.

My apr was starting to fall again and I started to look for ways to increase it again. I noticed that many Spanish posts of the Venezuelan community had a maximum of 30 votes and 10hbd rewards. These posts were containing long texts and many photos and they were made by people who had put a lot of effort and appreciator was rewarding them. I thought that because of the Spanish language, their posts were not aimed at a large audience, and generally, most users from Venezuela do not have more than 1000 power so the competition will be very small. I started curating this kind of posts and one week later the results were very obvious to me.

My apr rose at 18% but two weeks later other curators also discovered the profitability of voting Spanish posts at the gems community and it is very hard to find underestimated posts anymore because most of them are auto upvoted by some curators with big hive power at the 5-minute voting window. So once again I am searching for a new curation strategy. I don't get disappointed because I enjoy the process of curating, and I am sure I will find very soon another profitable curating strategy. 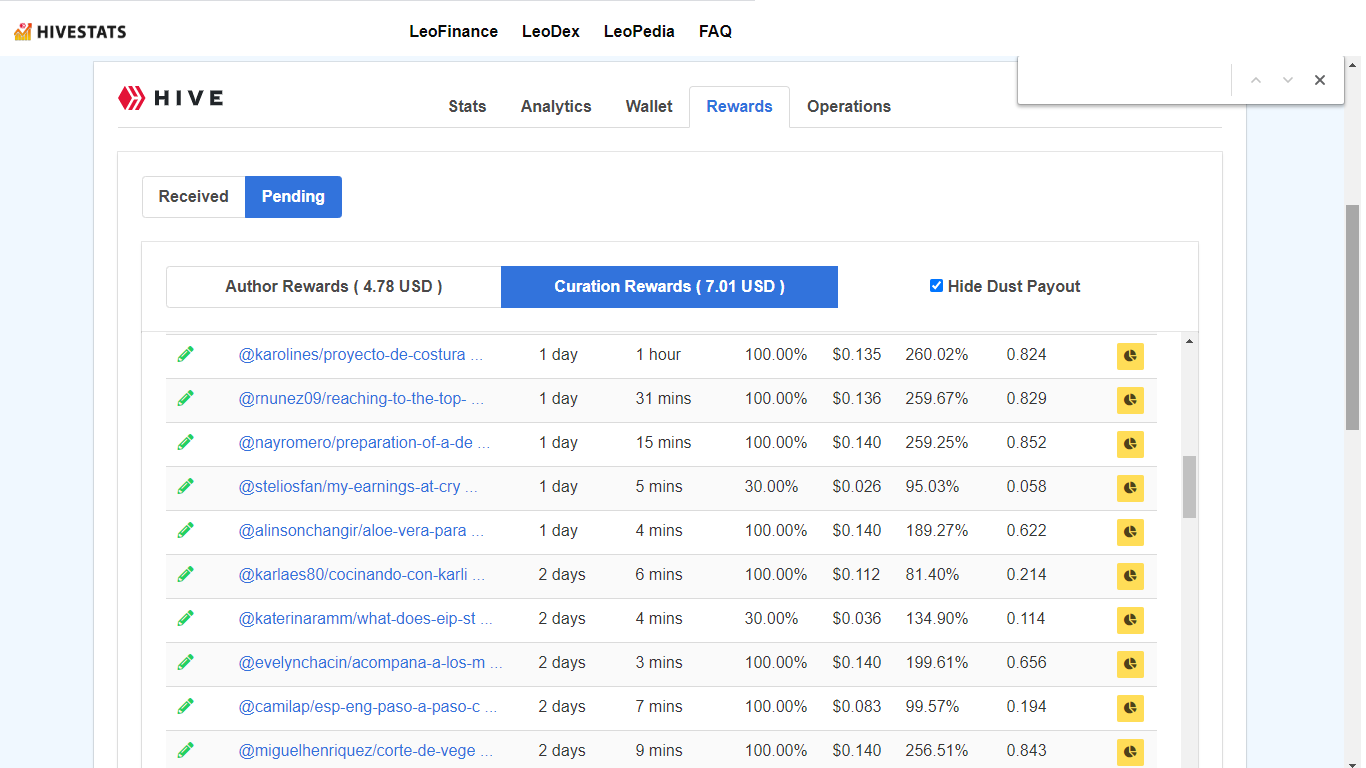 During the day I check the statistics of my account in leostats.io which have many tools to check your growth. My favorite tool is at the menu you can see your pending Curation Rewards. There I can track all my votes and details about them to check what is profitable and what is not. With this tool also I discovered the best time to vote in order to have the maximum efficiency of my vote. If you observe all the stats I am sure you will find a profitable curation strategy which can give you more than 15% curation apr. Curation has its ups and downs. One day you can earn 5 and the next day you can earn double. If you start using more wisely your poting power sooner or later you will start seeing the growth of your curation apr.

The world of curation is fascinating and I enjoy to curate other posts but except a curator, I am an author also and what bothers me is that with these curating rules, most of the posts are becoming invisible after about half an hour of their publication or if they have gained more than 1 or2 hbd rewards they are unapproachable for voters with low hive power so they don't even bother to open them and read them. I hope one day the hive team will find the best solution to please both, curators and authors.

Thank you for sharing your experience. I believe it will help many people who wish to do the same.

In fact if you buy a delegation, you will earn back all the hives you invested but the profit will be very tiny. I think it's better than directly powering up your hive because your vote value will be 10x times greater.
I have written one more post about delegations and curation, if you are interested you can read it.

Okay, I'll check it out. Thank you!

Congrats for the informative article!
How's the lockdown going?

Thank you. I live in Greece and lockdown has ended before 2 months.now we are just careful keeping distances and wearing masks at the indoor places!

Our rulers imposed these measures because of a virus.
i have a curiosity:
What's the proof for the virus?

Thanks for sharing this informative post. I am revisiting this again because I am not happy about my current APR.