Love at The Olympics 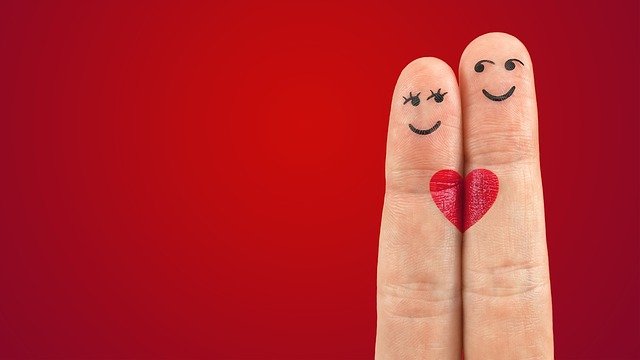 We witnessed yet another public proposal at the Olympic games two days ago when Argentine Fencer María Belén Pérez Maurice was popped the question by her Boyfriend of 17 years, Lucas Saucedo who also happens to be her coach. She said yes of course.

This wedding proposal is the first (that we know of) at these games involving at least an athlete. At the last Olympic games 2016 at Rio, we witnessed at least five wedding proposals including the very heart warming one involving Chinese couple He Zi and Qin Kai after the former had just won herself a silver medal.

Athletes may be focused on being the best in their respective disciplines, but they also speak the Universal language of love and commendably try to balance these out. Some Athletes (particularly women) have had to walk away from sports entirely for love's sake (be in their partners or kids, while others have managed to combine their love affairs with a successful athletics career. I briefly want to talk about some of the most successful athlete couple at the Olympic games.

To have your partner compete at the Olympics is an accomplishment that is filled with pride. Merely looking on as a spectator emanates a lot of uplifting emotions best described by the viewing partner. However, in some cases we are privileged to have witnessed couples that have simultaneously participated at the Olympic games and whose supporting roles interchange coupled with providing advice on how to compete.

When you have a high level athletic couple who compete in the same discipline and bring them to the Olympics, no doubt big things are bound to happen. The Eatons met at the University and got married in 2013. They both competed at the Rio games with Ashton taking gold in the Decathlon and Brianne getting a Bronze medal in the Heptathlon. Theirs was a college love story which cumulated in Olympic success.

For this years games in Tokyo, there will be 9 athletes in total who are actively competing at the games. Among them are Married cyclists Laura and Jason Kenny who have won a combined 10 Olympic gold medals and counting.

Earlier in the week, Lee Kiefer made history as the first American fencer to win gold in the individual foil of the Fencing competition. Her husband, Gerek Meinhardt, ranked number 5 in the men's version of the same event was on hand to congratulate her. These relationships are not restricted to the countries they originate from as athletes from all over the World compete in spite of differing nationalities.

Why this is News

We all love a good love story and at the very least the Olympics presents an opportunity for athletes to take their deserved time in the spotlight. This includes both on and off the field of play.

As the games progress, expect to see more romance and open displays of affection. After all, there is no stage bigger than the Olympic games to also win at Love if you are athlete

Love is one of the greatest commandment of God. In this ongoing Olympics in Tokyo i noticed love and unity in many games i have watched so far.in football game btween brazil and arabian that brazil won but there was love at the end of the game bteween the two teams despite the arabians loosing the game.love is power,love is unity and love is kind.lets all embrace love.