A Silver Medal in Weightlifting

Indonesian lifter, Eko Yuli Irawan won a silver medal for our country. This is the second medal for Indonesia, after Windy Cantika won bronze medal. Windy is Indonesia women weightlifter. They are the heroes. However, we still need to win more medals, and hopefully the athletes may win gold medal. I think Badminton could be possible to win gold medal as we know Indonesia is so favorite in the sport. 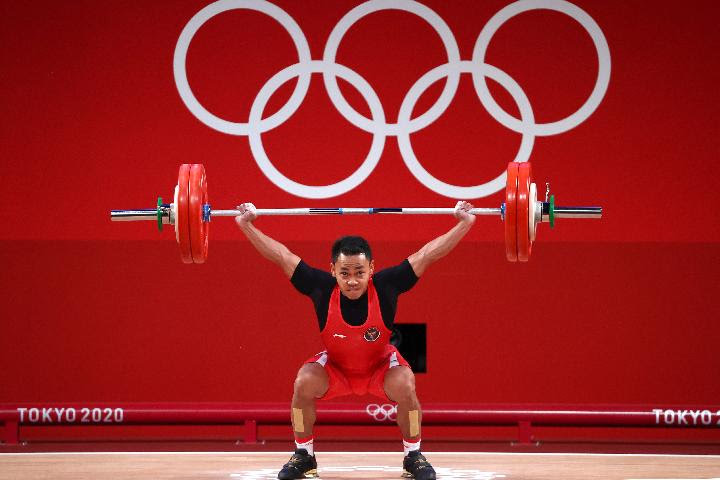 A lifter must has so strong muscles and joints, Eko won the medal after lifting 302 kg. He was defeated by Chinese lifter Li Fabin after lifting 313 kg. What a strong men!

He is a very courageous athlete with so much energy.watching him lift the weight up was fabulous and beautiful. He really tried .bravo

Congratulations to eko yuli, who has kicked up his campaign in the olympic and that of his country on a good note

I congratulate you guys because you're moving forward. More medals to come .

Big congratulations to Eko Yuli and the people of Indonesia for landing a silver medal in the Olympics. Not easy coming with such has the weight lifting category exerts a lot of strength and courage. I Believe the country will go on to win many more medals has the tournament progresses.