Good day splinterlands nerd, it was kind of hard to claim top three this season on the leaderboard ranking because it seems so hard to the extent that i had to give up when it was like an hour left for season to end, it is better to end the season in top 10 than top 25 and i think i made the right decision as i ended up in sixth position 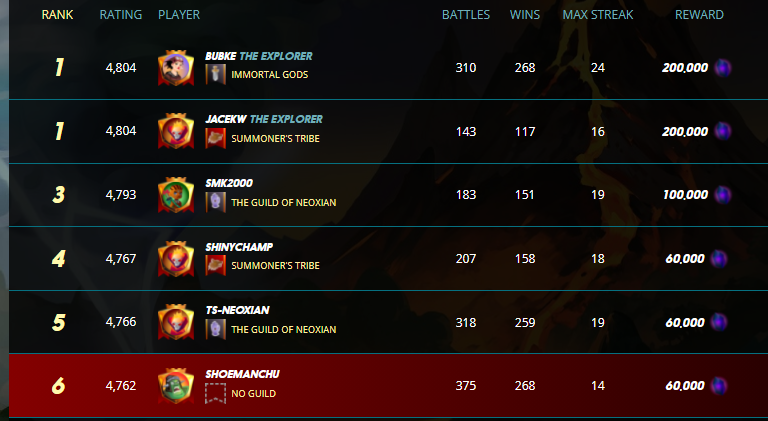 The season reward ain't that bad too, we got a common gold and 3 packs...The burn rate for the cards was 2890 which is still ok! Top 6 is good but i am going to give a good fight this season, top 3 on my mind once again and i think i need some more practice ...

My own account end the season in diamond II league and i got a legendary card in the season reward card.. 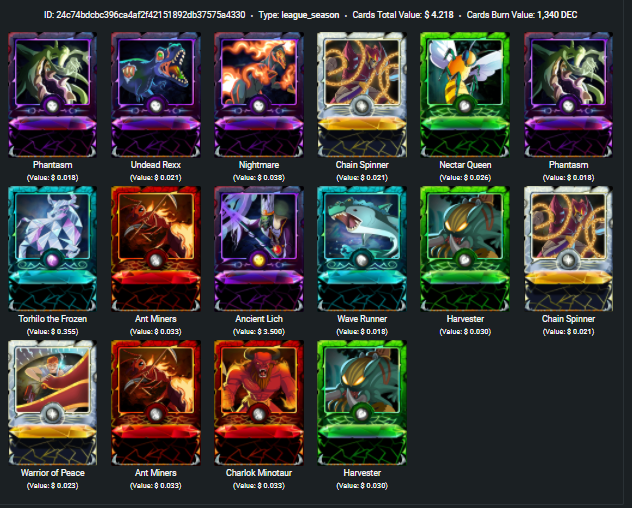 Even tho the burn rate is around 1300 dec, the legendary card is worth above $3usd and it is better compared to all the common and rare they have been given me in past seasons..
[(