Maliciousness||POB Word Of The Week

@dwixer 68
about 1 month ago
Proof of Brain

They were once a powerful kingdom until greed cast it poisonous venom on lord Haman. The gods of the land forbidded him and made him a castaway, the pain and torment he suffered afterward breeded into evil for lord Lucas, he seek to bring his kingdom to ruin. Denying lord Lucas an heir to his throne was the revenge he seek. Little Williams was made blind as he laid to sleep, afterward lord Haman conquered lord Lucas in a battle, killed Lucas and made slave of his countrymen.

The more he conquered kingdoms, the more the wickedness spread as he seeked for more lands to conquer. He wanted to make himself demigod, evil became his muse, blinding him from his conscience. He knew not the difference between good and bad, to him war was the new fairness to survival. Another thing he enjoyed was torment, death was easier for little Williams, he desired he lived in torment all the days of his life. How can he one day rule or conquer him when his two eyes no longer see the light of the day he thought as he laughed wickedly in his hoarse voice. 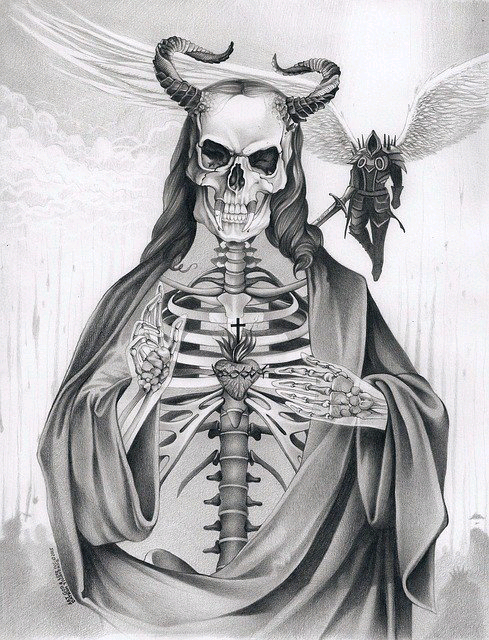 His blood was dark, his heart no longer beats in his left chest, all flesh was gone, all that was left on him were his bones where feelings couldn't penetrate. It was as a result of the discord that he became a beast. It transformed him into a being that enjoyed evil. Gradually the kingdom was dominated by evil, blood pain the city red. In this merry they forgot that their days of doom await them.

The gods watched from above, vexed by the hostility of men and what they've become. Their anger steered up a mighty uproar in the ocean to flood the land Haman had conquered, with it every inhabitants were destroyed and there formed a new city called hive, to change the narrative and restore that which was lost.

You are always welcome.