Is there some value in spit out publicly random surreal thoughts?

¡Excuse me to turn my back on you! 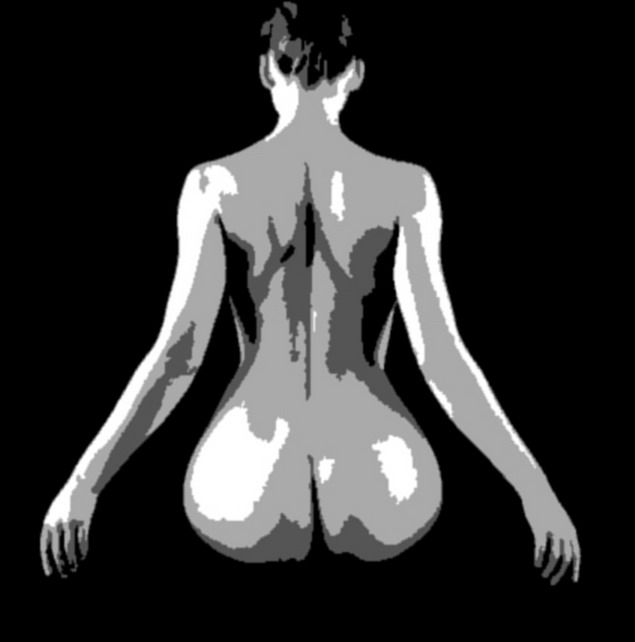 Because I want to spare you the disturbing surreal experience of seeing things the way I see them if you dare to stare at me straight to my eyes. "Mirrors" you know? Oh boy! by chance... am I today in a bad mood? And yesterday? And the whole past week? ¡You betcha! that I was and still am. But then you wonder: ¿Why dude?

Well, for multiple and diverse reasons. But most likely is, that it is specifically because of my very own and particular way of being and thinking. Exclusively.

Nonetheless, I have the hunch that I'm not the only one who thinks and feels in this way. I still have hope that there are more rebels, misfits and heretics in this world.

Or probably there are. But yeah, surely not as openly frank, sincere and loud-mouthed as me. Which is truly a shame. Since until not long ago there were a few more besides me right here on this platform. And they were obviously my friends.

Alright! But now let me explain and describe my situation so that you can know in which side of the misfitland you are. Are you one of mine or of the other kind?

Let's start by the beginning. What could be the possible causes that have me in a bad mood? Let's start by saying that currently I am and live in Venezuela. Is that enough?

Throughout this year 2020 and much of 2019, I have already written about this before. Many times. But as the symptoms of the disease and the actual illness have not yet been alleviated, I suppose I will still have to write a few more.

Many of those who have read me, may already know how much and how often Venezuelans enjoy of frequent blackouts and power outages in the country. And I, in the area in which I find myself living now, I enjoy them every day. Many times. Up to four times in a row per day. And for several hours like today.

And as I have also mentioned before. Everytime this happens we are also left without phone service and much less with internet. Yeah! in the absolute darkness.

But to make matters worse, the point is that when we are lucky enough to have electricity, then the internet access service through the 4G-LTE signal offered by the cellular mobile phone of my telco in the area where I am. During the day, it is absolutely unstable and frankly unusable besides of quite expensive. We don't have enough bandwidth not even to open the Google Translator page with our browser. Go figure!!

By which I've already been more than a year in which I have no choice but to wait until midnight. So that in case we have electricity and no new blackouts arise, as obviously also happen frequently late at night. From around 00:00 am to more or less 7:00am are the only hours in which I can connect to the internet with a slightly more decent bandwidth to finally be able to open fully the Google Translator page and also try to generate some pennies in Hive, Steem and somewhere else.

Are you starting to feel in a bad mood too?

Acting based on our feelings is easy. You feel it. Then you do it. It’s like scratching an itch. There’s a sense of relief and cessation that comes along with it. It’s a quick satisfaction. But regardless of all this, I don't want to point fingers at anyone. But...

Obviously, there are many evil actors out there messing around with my mood and my highly zen sense of humor. Same as they are messing with the mood of the great majority of my Venezuelan compatriots who are still here in the country.

But I can't help but thinking that there are always some actors much more actors than others in these mood swings that affect us collectively. Haven't you clicked yet?

Because now comes another of the major if not one of the main causes of my very bad mood along with the bad mood of all my compatriots across the country. The ruthless and blatant attack on our national currency from abroad and the merciless, unacceptable, intolerable and unjust artificially induced hyperinflation that has been whipping all Venezuelans for years.

Amen of the numerous acts of cheeky piracy and flagrant robberies to which our nation and our entire population have been subjected for years with the consent and complicity of many of the first world countries without anyone intervening with a true sense of justice. And 2021 under Biden doesn't look promising for Vzla either.

Well yeah! I've said I am in a bad mood for multiple and diverse reasons. And you can bet that there are many more than these that I'm gonna list in this post. A post that already seems quite dense and long enough for your usual lack of curiosity, poor patience and short attention span. So, I will only mention one more cause.

Besides all the above, unfortunately my experience over here in the Hive blockchain through these last weeks haven't been inspiring or encouraging in the least. At least not as to feel too enthusiastic or merely inclined to publish something when I have had the opportunity to do so.

I have been fruitlessly wandering and snooping through all the main pages of the Hive blockchain (trending, hot, new) without finding any headline that really will invite me to click and read their content. Not even in my own feed page.

Almost 95% of the posts that I could see after several minutes of scrolling from top to bottom. Refreshing the page and start over again. Basically most of their titles were too unattractive, uninteresting, moderately promising or seducing enough to me as to attract my attention, pique my curiosity and prompt me to click on them.

Sheesh! what I saw was a carnival of articles whose headline were practically a boring replica of the previous one. An endless string of posts that were all talking about the same intranscendental subject. Apparently about some kind of contest.

But when I finally decided to click on one of them to see what it was about. That's when I confirmed that it was indeed a contest. A contest of pretty lame interaction and poor comments. A regrettable ass-kissing show all along the feedback section. And an evident lack of true interest and contempt for what the author had written.

It was clearly perceived that all those who there commented only did so because it was part of the rules that governed the contest to participate. According to the rules, they were obliged to comment on the posts of the other participants. Failure to do so will not qualify yours for entry. So, all the commentators were not more than the rest of the contest participants. Yeah, an entire shitshow.

And then, the eventual bunch of posts from and about Leofinance which also were highly repetitive in its headlines all hinting the same type of topic and content. And as expected, also a heap of articles on many other contests about cooking recipes, makeup stuff and a myriad of nonsense that was not even worth to click and take a quick look. A daunting experience that only increased my bad mood.

So, practically so far in November. I've had no choice but hastily escape outta the blockchain and stay wandering out there too many hours to try to find something worthy, interesting, attractive and palatable to satisfy my insatiable appetite to find new, valuable and truly nutritious things that was incapable of offering me the now subpar content of the community on the social network on the blockchain.

A thing, that I had already time that it didn't happen to me. Since I frequently used to get pretty brainy, intellectual, entertaining, interesting and very captivating and nutritious content to consume without leaving the blockchain.

But hey, I guess it's been enough surrealism for a day. And this article seems long enough already for a Thanksgiving Thursday. Isn't it?

Because I think I'm going to leave this until here. Because to tell the truth. I really don't want all of this end up becoming into a too surreal talk.

We are biased towards dealing with what we see as immediate threats, rather than addressing greater but slower, long-term risks.

Hence last but not least.

Don't bother walking a mile in my shoes. That would be very boring. Just spend 10 seconds in my head. That indeed will freak you right out instantly!!

«-Because Nothing Is Ever What It Seems-»

Congratulations @por500bolos! You have completed the following achievement on the Hive blockchain and have been rewarded with new badge(s) :

Thank you very much for the heads up and your appreciated comment @hivebuzz. :)

Actually, I'm afraid this will be the only comment that this surreal post on a thanksgiving day will get during the entire seven days until the payout period. Hahahaha

Well, we never know how things are going on in life... So keep buzzing a lot! 🐝😉😄

BTW, support us back and vote for our witness.
You will get one more badge and bigger upvotes from us when we notify you.

One of the great things about Hive is that people can write what they want, the way they want - though like everywhere, the outcomes aren't always as one wants. When it comes to consuming here, since I don't consume anywhere else - it is all good :)