What A Day For Crypto

bitcoinflood in LeoFinance • 12 days ago 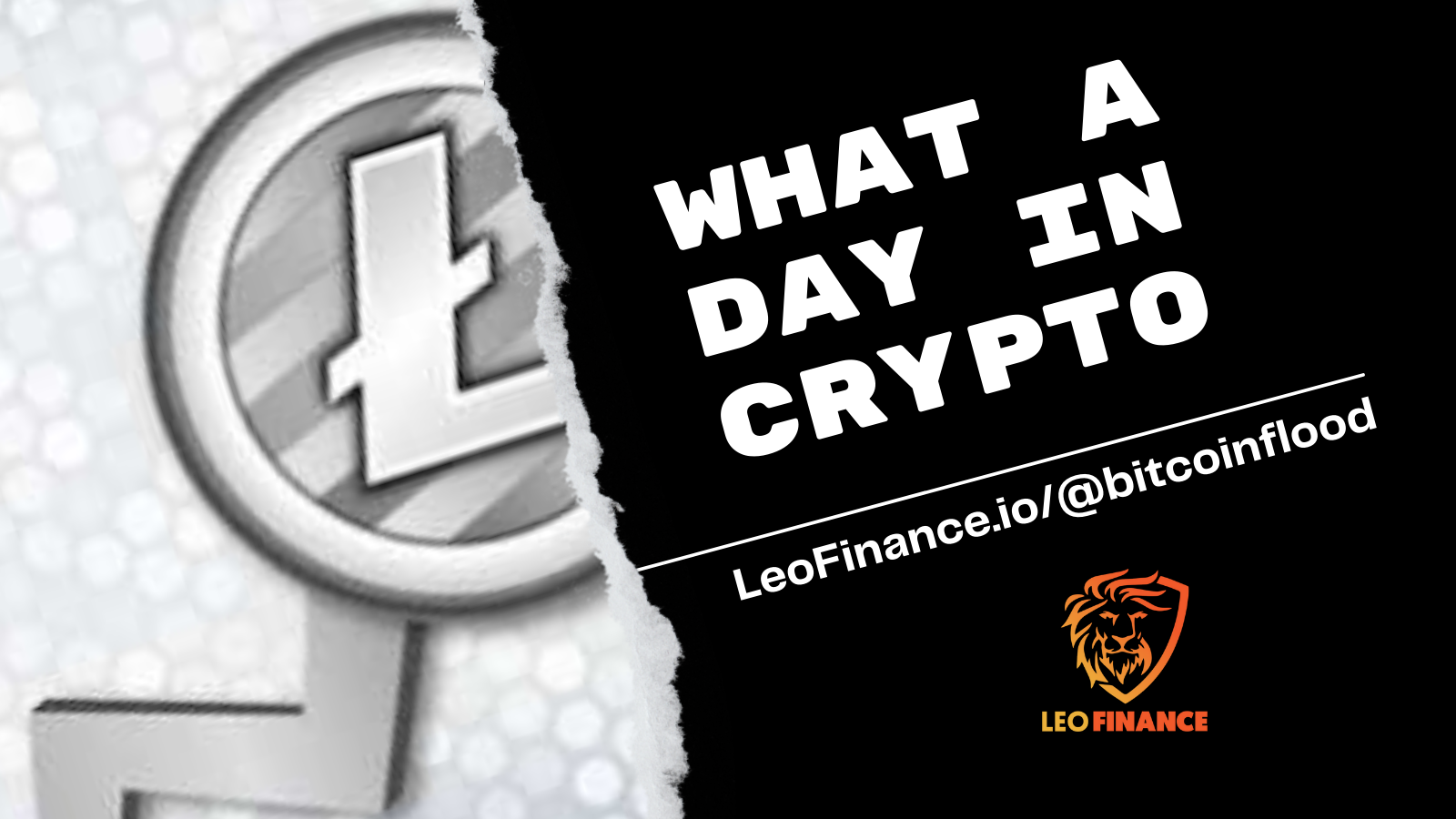 What A Day For Crypto

There's a lot going on in crypto and Unfortantlly just like all news the bad stuff is normally what gets the publicity over the good stuff. It's why personally I stopped watching news years ago and even reading a large bulk of it for things that don't effect me or simply put I don't care. I have to say that was one of the best decisions I ever made in my life. Not only do I not live a angry life anymore angry about dumb stupid crap going on in the world that honestly doesn't effect me and my life but it saves me a ton of time and time to do things I find enjoyable. I highly recommend doing the same!

What news I do skim over is crypto as it's a topic that is of interest to me. But I have to say even that has been turning south lately and you really have to research and dig to find the goods.

Walmart shows us nothing compared to what these other news articles are saying. They are just in full FOMO mode at the moment once again trying to get attention to their articles.

Let's also be honest here about Litecoin. That coin is going NO WHERE! It most likely never will. There has been nothing but false news coming from them and all that's ever happened was oh we are going to connect to this payment provider and yada yada all the while none of that has happened or simply doesn't matter. Litecoins dead people I hate to say it. It died in 2017 when the owner bailed on everyone by selling at the peak.

This proves nothing in terms of cryptocurrency being an asset that can be manipulated. I'm 110% sure this same crap happens with stocks so that comparison is dumb and one every other article is trying to push for right now.

Kevin O'Leary slams Ethereum for slow speeds and us regulation. Uh wake up call dude Ethereum speeds where the same issue back in 2017 and they said they were going to fix it. Which let me remind you still hasn't happened and is already pushed back by a year.

What we don't need is crypto snooping into everything crypto it's not their place nor do they belong. Regulations on stable coins could actually have a VERY positive effect being that the asset would now be open to other investors who couldn't invest before or maybe were scared to invest. I honestly feel if that happened the world might just turn on the corrupt and highly regulated trading that happens in gold and silver. In the days of crazy inflation etc gold and silver are losing value how does that even make sense!

As much as most companies want to trash talk crypto there is a lot of positives happening every day. For the most part that will be my focus moving forward while debunking some of the negative news that comes out. I feel like that's a good place for me in my writings and for those who follow me. It gives me a direction and purpose in the crypto space and a space of my own to carve out.

One of those big positives is the addition of Cardanos Smart chains. This now allows Cardano ADA to be part of DeFi and the NFT world. But there's a new smart chain asset being born which I'll be writing more on soon.

Hive has been doing some crazy things itself which is a good positive as of late. It's been holding rather steady above the $0.70 mark which is a huge positive for what seems like an asset that would always continue to backtrack to $0.30 demand for this asset is most likely going to keep increasing as more dapps and communities are built on top of it.

Been thinking about swapping some litecoin for hive. I do believe that Charlie Lee selling at the previous peak, helped to decentralize the coin though.

Submit
0.00 NEOXAG
Reply
[-]
poshtoken  12 days ago
The rewards earned on this comment will go directly to the person sharing the post on Twitter as long as they are registered with @poshtoken. Sign up at https://hiveposh.com.
100%
-100%

Sometimes I wonder why everyone is against crypto so much. I think it is becasue it is making sure a difference in the financial area and the big banks and businesses either need to embrass it will be going mainstream or they are trying to stop it in it's tracks. Can't wait to hear what happens next. This is like a good suspense novel full of twists and turns and surprises along the way.