@finguru 67
about 2 months ago
LeoFinance

The gaming industry is expanding its horizon with the new 'Play To Earn' model that was made possible by Blockchain Technology. 2021 has already seen the rise of NFTs and DeFi industry in the crypto space. Blockchain gaming is definitely one of the next big things which will open up a new economy for the players. They can earn a full-time income from playing and socializing within the gaming metaverse. Due to this NFTs have been blowing up even more, giving people the true ownership of digital assets that are worth actual money.

Axie Infinity, a popular game on Ethereum Blockchain where you can own and breed creatures called Axies. They have various skills which can be used to battle with a computer or a real-time player. All these Axies and other monsters in the game are NFTs that have real value. They can be traded & players also earn $AXS tokens in addition to boost their income. However, to start with, you need an investment of around $600 to buy 3 Axies. The demand for the game went so high in the past few months and the value of in-game assets blew up with it. Also, the transaction fees on the Ethereum blockchain is quite high and they are pretty slow.

On the other hand, Binance Smart Chain (BSC) provides a better user experience as compared to Ethereum even though it has a centralization issue. In this blog, I am going to list down five games on BSC which I think are worth trying for anyone who doesn't want a big hole in their pocket. You just need a Metamask wallet or any other wallet to access the BSC network and fill it with sufficient BNB to play these games. Let's start!

My DeFi Pet is a virtual pet breeding game that has DeFi elements combined with NFTs representing your pets. Gameplay is quite interactive as compared to card collectible games. It supports both Binance Smart Chain and KardiaChain. The in-game currency is called DPET which is used to breed and evolve pets to create & collect higher-level pets in the form of NFTs. Players can also battle and participate in events to claim more DPET tokens. Please note that this game is still in BETA version and many features are planned for the upcoming months. For now, you can buy, breed, feed & evolve your pets, and take part in the events hosted by the team. 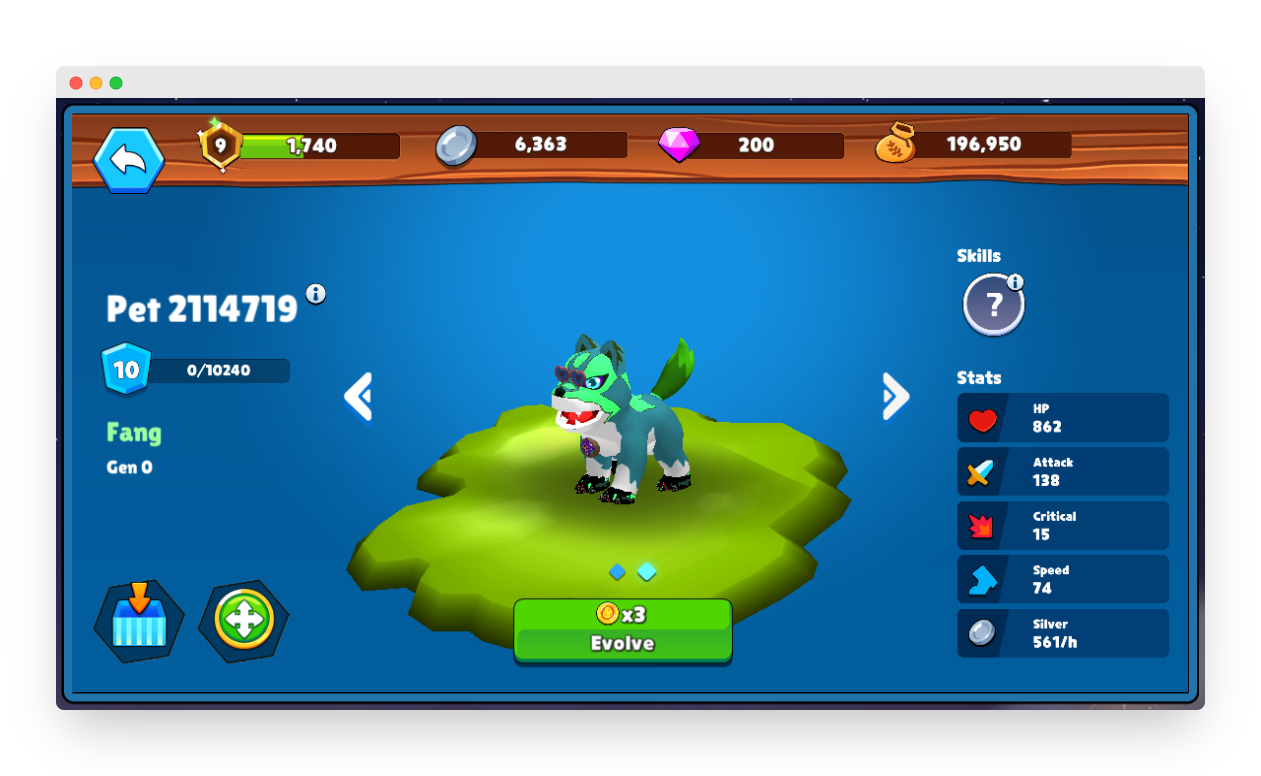 ZOO is a yield farming platform and an NFT collection & combat game. So you get the best of both worlds i.e. DeFi and NFT. Players can use KEYs (in-game currency) to open treasure chests and get NFTs with different attributes which can be used for COMBAT to earn ZOO tokens and other rewards. KEY Tokens can be obtained by staking BSC assets on the ZOO platform. 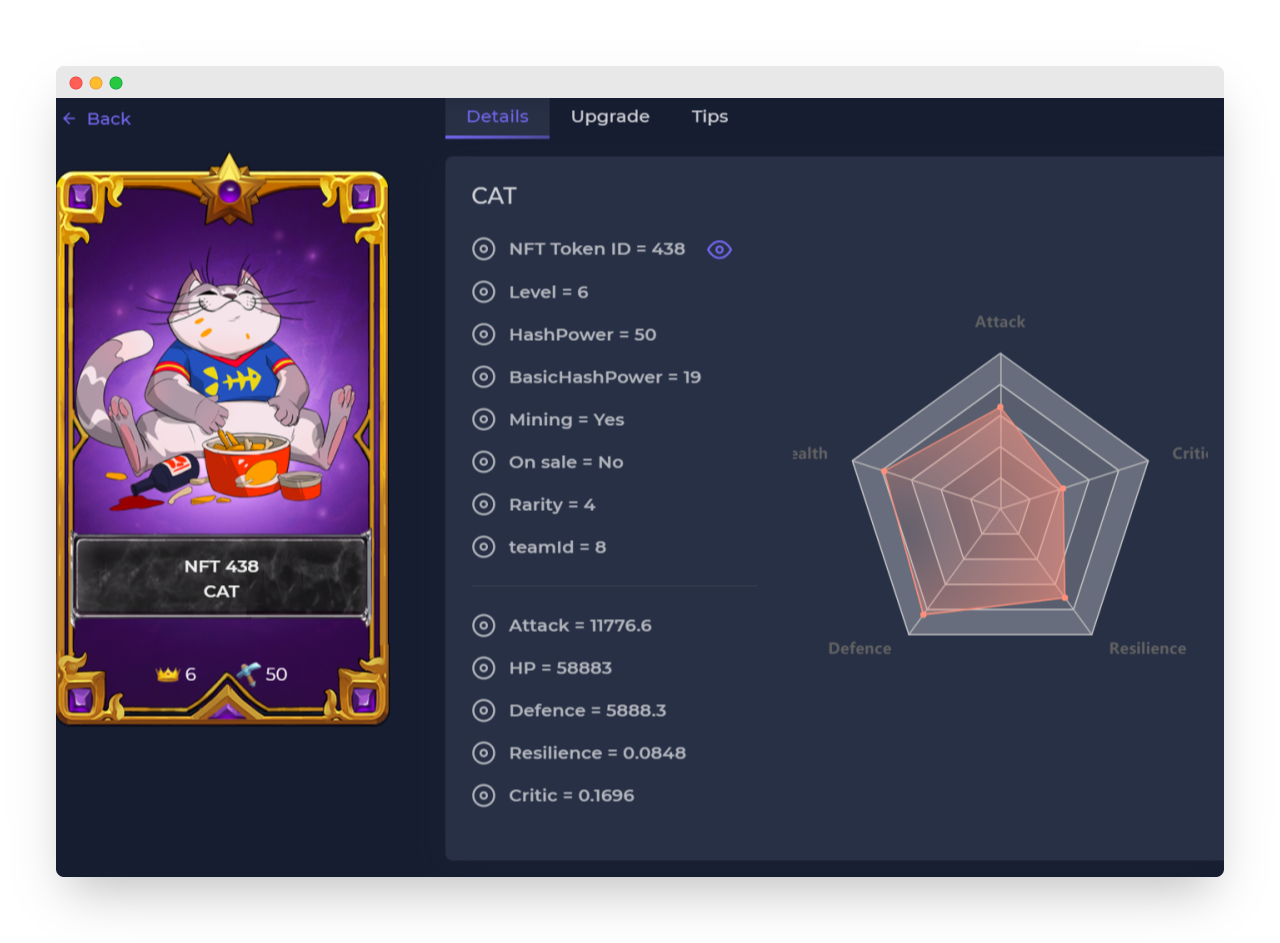 Crypto Zoon is another digital creatures universe inspired by Pokemon where players can use ZOON (in-game currency) to fight monsters, collect, grow, and battle each other. As soon as you enter the game, a starter pack can be acquired using ZOON tokens through which you can get digital creatures. Perform daily quests to acquire more ZOON. 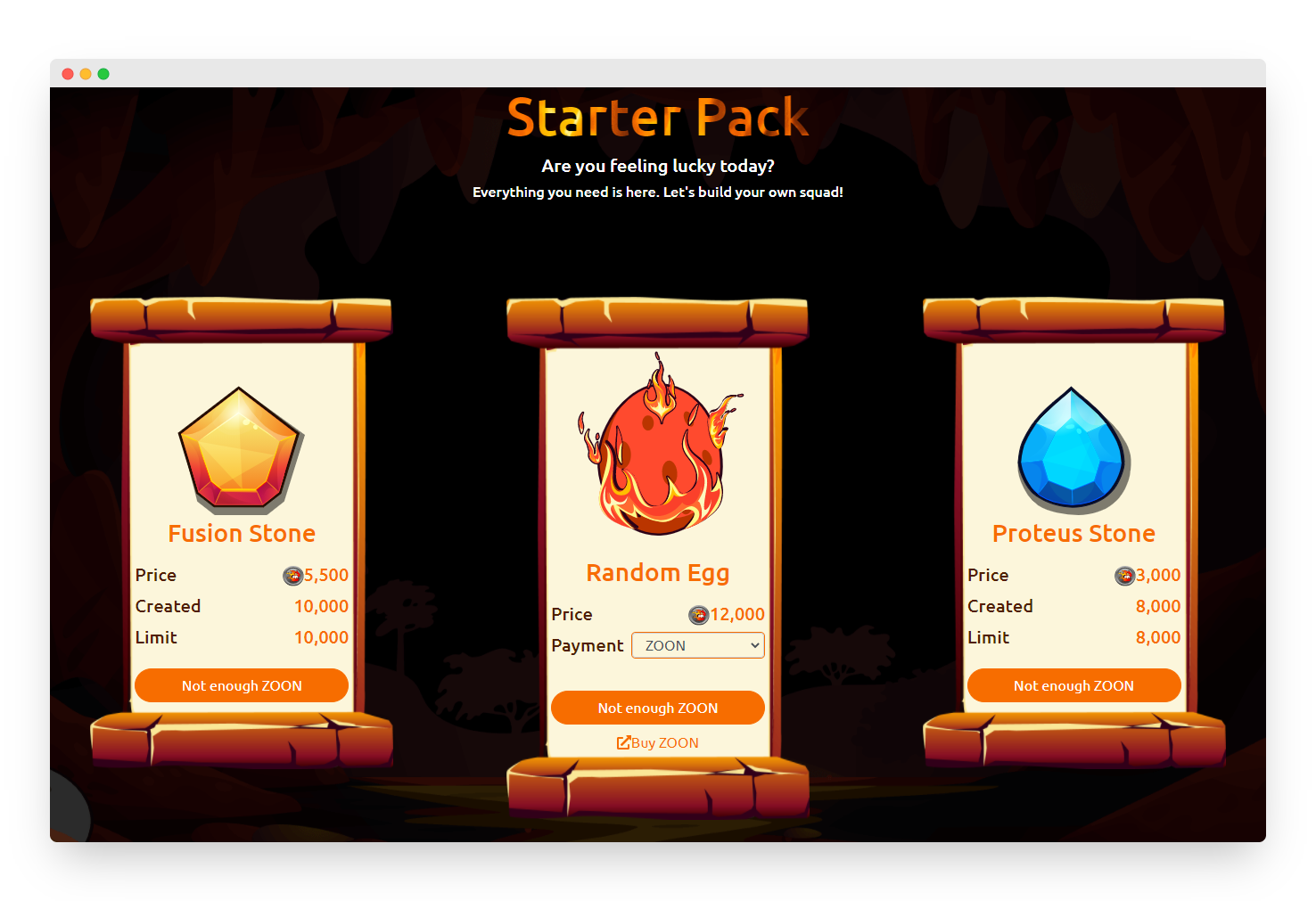 Dream Card is a Digital card collectible game by X world games which is a gaming Metaverse. There are different cards, decks, expeditions, battles, and missions to grow your deck of cards and to make more XWG tokens. As soon as you enter the game, there will be a 'daily task' section where you can get many things for free to help you get started. 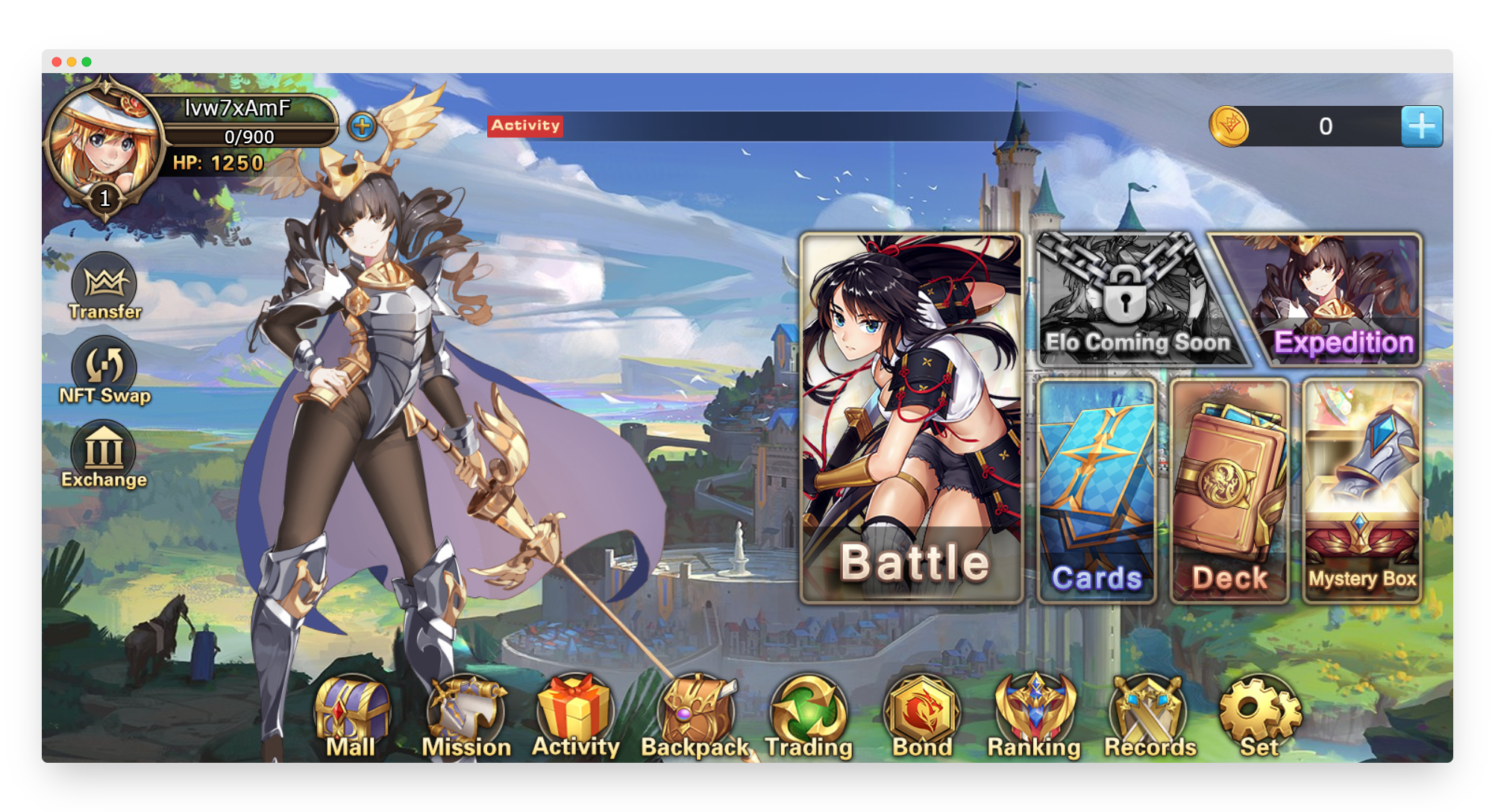 Three Kingdoms Battle is a game where you can raise your own armies and battle in both 'Player vs Environment' and/or 'Player vs Player' to make TKB Tokens. It's a fairly new game as compared to others in the list but has pretty basic gameplay for now but better than Digital Cards sitting around with bare minimum animation. Players can easily evolve their armies by opening chests and get stronger before the battles and increase the value of their assets. 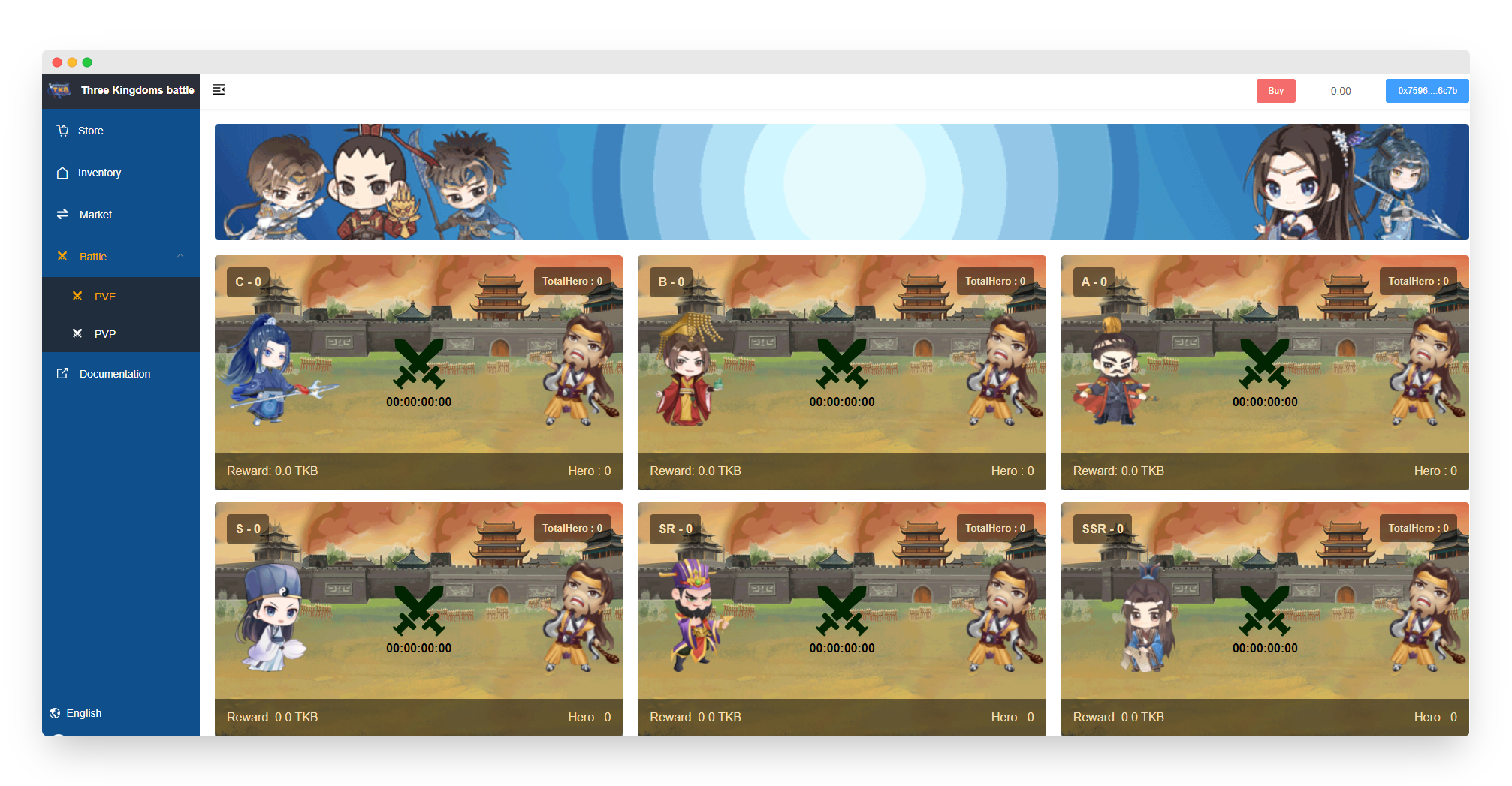 I hope you liked some of these games and try them on your own. Please let me know in the comment section if you know of any other Play-2-Earn game on any other platform that is worth trying. Also let me know if I should cover the top 5 games on Polygon Network next since the fees are almost negligible there.

thank you for sharing. I vote your post & rebbloged it!

You are most welcome! And thanks for the vote and reblog. Cheers.

Gaming is very profitable these days. I will have to take a look at the games you mentioned. There is another one that you may not be aware of on Polygon, called PolyPulsar. It is similar to the ZOO platform you mentioned.

Thanks a lot for the info @leopuma. I am not much aware of Polygon games but would like to research more on it. Their gaming ecosystem is exploding and there are a lot of new and cool entries.

Oh cool. I love finding out about these games. You never know. I should have bought the new binamon packs before it drops on sat but they got too expensive lol

Haha. Games are so hot right now. I am blown away by the success of Splinterlands. They are exploding in terms of no. of users and many of them are earning full-time income just by collecting cards and battling with them or simply renting out the digital assets.

I should have bought the new binamon packs..

Lol, this happens with me every time I think of investing in a new project. It explodes before I put my money in. 😂 #SadLife

Have you tried any of these games?

Yes, I have tried all of them at least once just to see the gameplay but I liked My DeFi Pet & Crypto Zoon the most.

Momto well, I have already heard other users who have expressed a positive opinion on My DeFi Pets

That's perfect. It's a cool game. Looking for to more features getting unlocked.

I haven't really bothered playing any of these games. Do any of these require an initial cost to play or not?

Yes, all of them require the initial cost ranging from $5-$20, or in some cases, you can pool your existing BSC assets to acquire in-game tokens and then use them to play the game.

@pizzabot 52
about 2 months ago
Connect

@finguru! This post has been manually curated by the $PIZZA Token team!

@hivebuzz 69
about 2 months ago

Congratulations @finguru! You have completed the following achievement on the Hive blockchain and have been rewarded with new badge(s) :