idiosyncratic1 in LeoFinance • 3 months ago 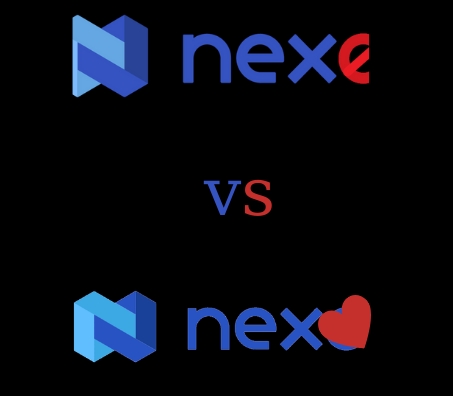 The popularity of Nexo has been increasing thanks to its attractive compounding interest rates, dividens and partnership with BitGo + security services for the customers.

While you can see Nexo in Brave ads, cointelegraph sponsorship and the main supporter of many crypto events, there are also less known cases that former Nexo users had gone through.

My personal experience since 2018

I have been using the platform for 3 years and I have not experienced any single problem with it. So far, I received 3 or 4 dividends, my crypto assets are receiving compounding interest and the security of my investment is quite high imo.

Even though I am supposed to trust the team behind the project, I'm okay with their conditions and services. Besides, I hold a nice portion of my crypto portfolio on the platform to utilize compounding interest opportunity.

People claiming that Nexo does not give their XRP tokens The story of XRP fraud (?) begins with the lawsuit by SEC over Ripple's XRP token management system. These people assert that Nexo took their XRP tokens without any warning and the coins are still held by Nexo even though they have been demanding their coins since the very beginning.

We’re 80+, we’re organized, we have 5M+ XRP of losses… Nexo either fixes this now and it’s 1.5M USD or if this goes to court and they pay out that XRP in some years you’re talking 120M USD … so which is it? Because we’re going to do what we have to do in this matter. Urge Nexo to fix it now and it’s better for you, us, Nexo and Crypto.

As the name of Nexo was also seen in the case of Chainlink shorting campaign by some other parties, the second time of another doubtful thing made me consider my investment decision for the platform...

The platform is getting more profitable as the time passes. Formerly, there was no feature like daily interest on the native coin but, after a community voting round, the community members asked for daily interest.

Now, the token has utility like %2 more interest on investments; yearly dividends and daily interest. If they are doing so many things to grow in the ecosystem while providing nice services, everything is perfect. As an investor, I'm just a bit worried about the doubtful situations even though I know that my savings are under insurance of BitGo and, to some extent, regulations (as Credissimo is a well-known company that is regulated).

Long Story Short: Be Aware of Things Going Around

I still hold my coins on the platform as I do with other centralized service providers. However, the moment I do not feel comfortable with any other news, I'm going to be out. By the way, this time might be late, too. Yet, personally, I prefer taking this risk considering the insurances for customers.

Nexo is an amazing platform that is aiming to become a crypto bank. The loans are protected by collaterals and the platform tries to be as transparent as possible. If you are in the system, it can be better to be watchful as the FUD going around may eventually harm the platform itself.

I hope it is not when you want to finally take out your money that they will start giving stories. The only fully centralized platforms I mess with is Binance...

I'm deliberately taking the risk but I also hesitate feeling regret. Even if I decide to keep some money there, I may move the majority of holding to Binance as you mentioned :I

I have started to deposit my noise.cash earnings on Nexo and I quite like the daily interests that I get. I wouldn't put much more into it however. In the past I have burnt my fingers with quite a lot of similar platforms so I just leave the money that I can lose :-)

Can’t agree more. In the past, we had terrible experience on several scam platforms and now it is harder to believe in a legit one