If you are an altcoin, being mentioned on TikTok a bunch of times can be great news for your trading volume

That's right, the popular social media application that is taking the teen generation and most of the 20 something's by storm, also just played a major role in a cryptocurrency spiking.

Can you guess which altcoin I am talking about?

No, it's not HIVE unfortunately, but it is one that has seen some love on social media in the past...

Yep, I am talking about dogecoin.

After a Dogecoin video trying to pump DOGE started going viral on TikTok, check out what happened to DOGE's trading volume: 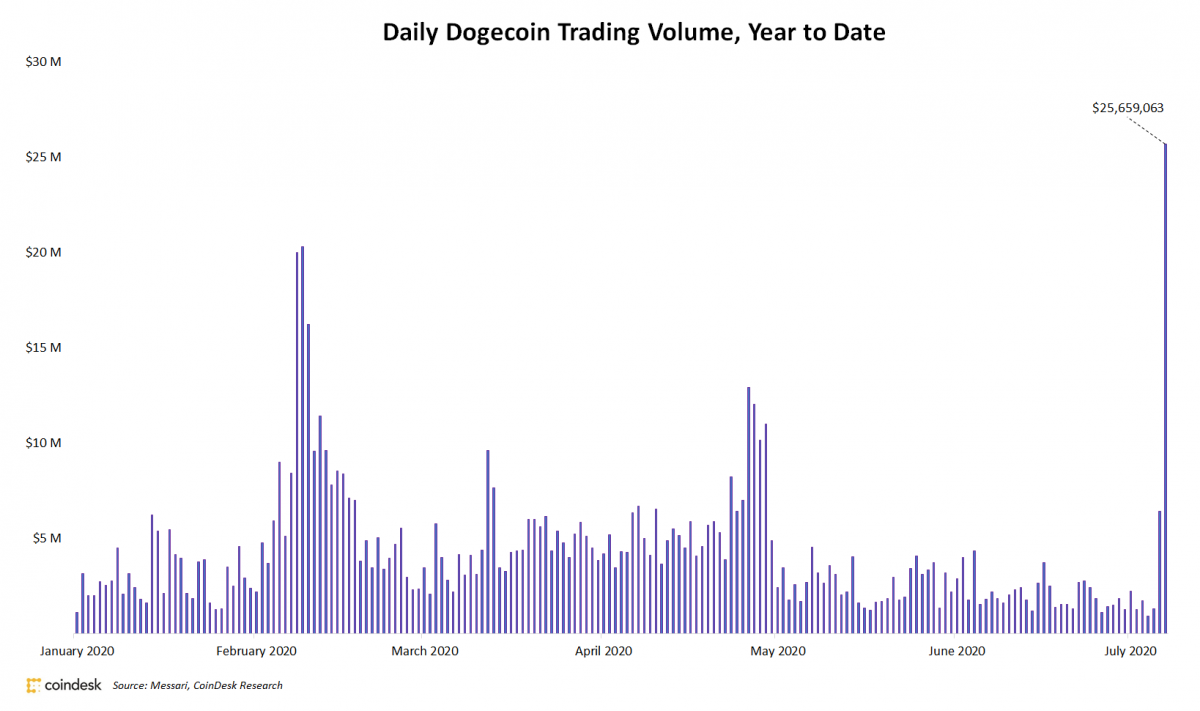 As you can see, the volume exploded something like 10x the average volume of the several days prior to the TikTok pump video going viral.

Stuff like this seems to happen from time to time with the DOGE...

Dogecoin is pretty much a "joke cryptocurrency", even being labeled as such by its founder Jackson Palmer.

Though, that hasn't stopped it from having numerous major pumps through the years, often on the heels of tweets by one Elon Musk.

The eccentric billionaire who once tweeted that DOGE was his favorite cryptocurrency.

The viral video on TikTok was about pumping the coin to a dollar but even after a 40% surge today, the coin is still not even worth a penny.

Getting to a dollar is pretty much impossible...

That being said, it is still pretty sad that a "joke cryptocurrency" is worth many multiples of what HIVE is currently valued at.

In fact, it's not even close.

The irony in all of this...

TikTok is ushering in the dogecoin standard as it itself is on the eve of possibly being banned in the United States.

India moved to ban TikTok last week and now the US is seriously considering it due to the potential for the Chinese government to access private information on US citizens via the app.

Either way, the price surge in DOGE is showing just how much those Generation Z'ers sure do love their memes!

Maybe we should have come up with a funny animal for our name and logo instead of HIVE... then we could actually see a pump! :)

Hahaha, that is not a bad idea actually. What kind of animal would you imagine to be able to drive tik tok teens crazy? 😂

TikTok bane lol its not +18 shit

Do you mean ban?

It's talking about being banned due to the Chinese government potentially collecting personal information on American Citizens...