Boeing's Nightmare Seems To Be Over 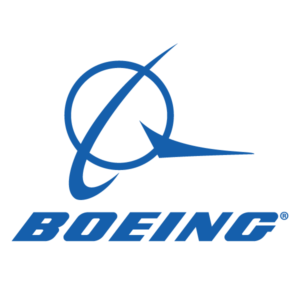 The Boeing 737 Max 8 has been all over the news the last two years due to back to back (within five months of each other) crashes killing all on board. The first crash was a Lion Air Boeing 737 MAX 8 which plunged into the Java Sea shortly after taking off from Jakarta, killing all 189 people on board. The second crash was with Ethiopian Airlines killing 149 passengers and eight crew members on board shortly after takeoff. During that second crash on March 11 of 2019, Boeing’s share price tumbled nearly 14%, eventually closing at $400.01.

A year ago, CEO thought Boeing would have a software fix and the 737MAX 8 planes would be back in service, but that didn’t happen. Boeing started running out of time in maintaining investor confidence and were running out of 737MAX8 storage room. Eventually they had to cut production all together and seek funding as their cash burn was eating the company alive.

Boeing's stock eventually went sub $100. But last year, the Boeing 737 Max 8 flew for the first time in two years when a flight left Miami and landed safety in New York. It's been blue skies ever since.

And those blue skies should continue for Boeing as I think the stock is heading back to $320.

This post is my personal opinion. I’m not a financial advisor, this isn't financial advice. Do your own research before making investment decisions.

This is not an indicator - the stock will crash just like the next Boeing / this is my opinion based on bias and not trust! Please do not judge strictly.

I feel you, lets see how things plan out.

I actually think you're completely wrong mate on this occasion, especially with respect to their commercial arm.
Only this week, Tim Clark, the president of Emirates ripped into the management of Boeing suggesting they hadn't learned their lessons from the 737MAx debacle,
https://theaircurrent.com/industry-strategy/emirates-tim-clark-says-boeing-not-getting-it-on-737-max-787/
Its a really damning interview for Boeing and on top of this, the big surprise in the industry is the take up of Airbus C220s which they took over and partnered with Bombardier. The A321LR is also being bought like crazy.
Boeing has no product to match these.
Boeing will survive of course, but I think it will be a very rocky ride for the shareholders.
Of course, as a whole, the US government will be throwing military and space contracts at them to keep them going!

I think your fundamentals are spot on, but the Markets are forwarding looking and based on the stock's performance over the last 12 months, there is room for the stock to move higher.