This Year's Berkshire Hathaway Annual Shareholders Meeting...All About The BuyBack 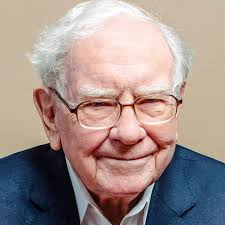 Because Warren Buffett is so successful, he has a cult following that attempts to emulates his trading style. As a result, many books have been written about Warren in an attempt to emulate his trading philosophies. But the books are just not enough to many, so they head to Omaha, NE for the Annual Shareholders Meeting every year.

During the 2020 Annual Shareholders Meeting, Warren Buffett also said the world has changed because of the COVID-19 and that he had been wrong to invest in the airline industry. As a result, his company sold its stake in American airline companies which consisted: 11% stake in Delta Air Lines, 10% of American Airlines, 10% of Southwest Airlines, and 9% of United Airlines.

During the 2020 Annual Shareholders Meeting, everyone was caught off guard when Warren said he didn’t buy any significant share repurchases in the first quarter. As a result, the company grew its pile of cash and short-term investments to a whopping $137.2 billion.

But this year was all about buybacks...not just any buyback, but buyback of Berkshire shares.

Is Buffet predicting a crash? If so, when?