Bitcoin (BTC) is consolidating near the key zone. Bitcoin (BTC) started an upside correction after falling as low as $17,602 over the weekend. It wants to continue the successful recovery wave that it has caught above $ 18,500 and move upwards. 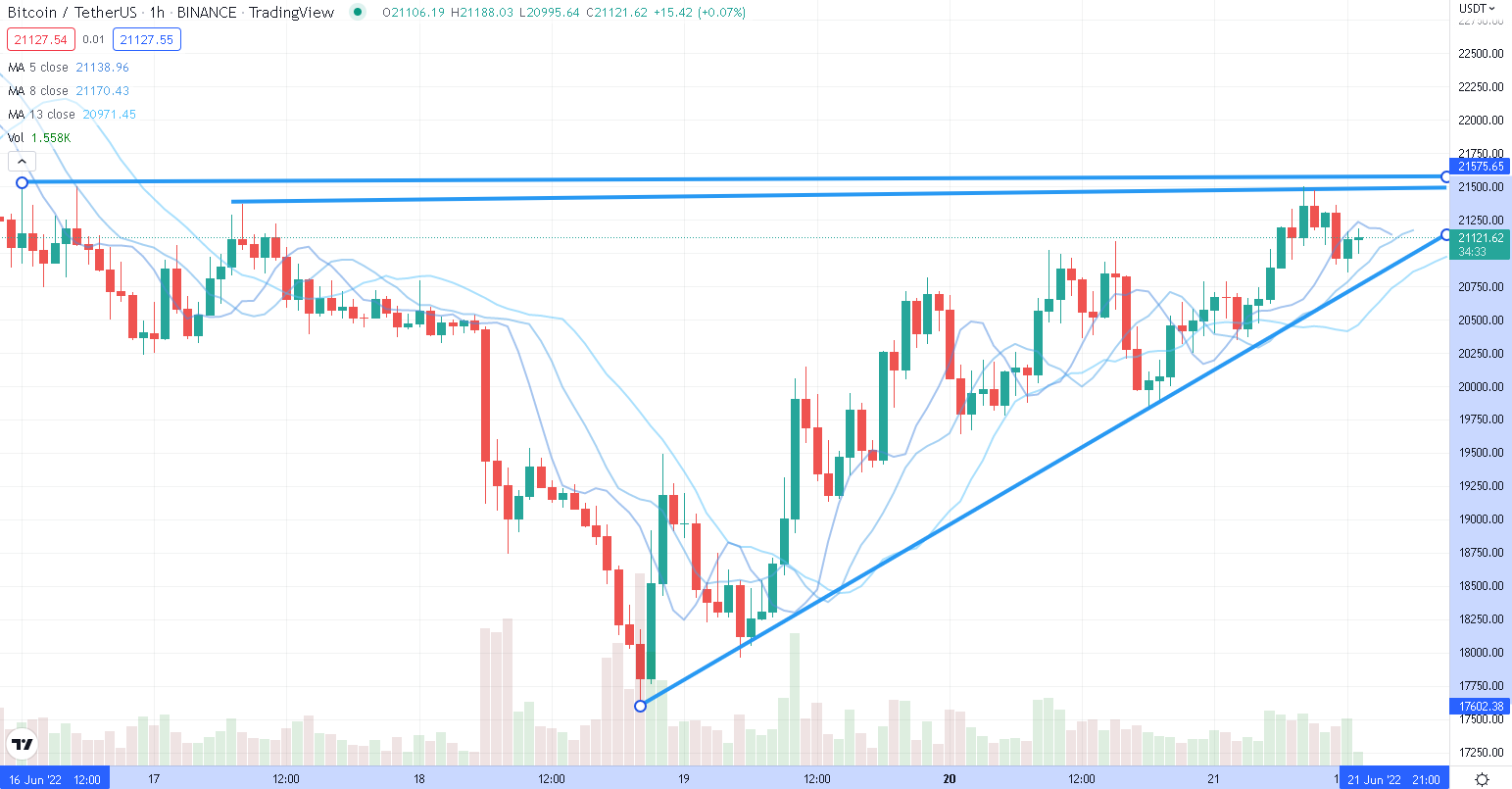 It signals that Bitcoin will move upwards. If Bitcoin can continue its successful recovery wave, it may even regain what it lost in June. The major resistance is currently seen around $21,575 and the next major resistance at $22,000 could accelerate the recovery if it can break these resistances. The probability of breaking these resistances looks pretty strong but if it fails and is rejected at $21,000, it could drop as low as $20,200. It currently has price supports at $20,200 and $20,000.

It is also quite remarkable that Bitcoin is moving upwards despite the decrease in Bitcoin Dominance (BTC.D). 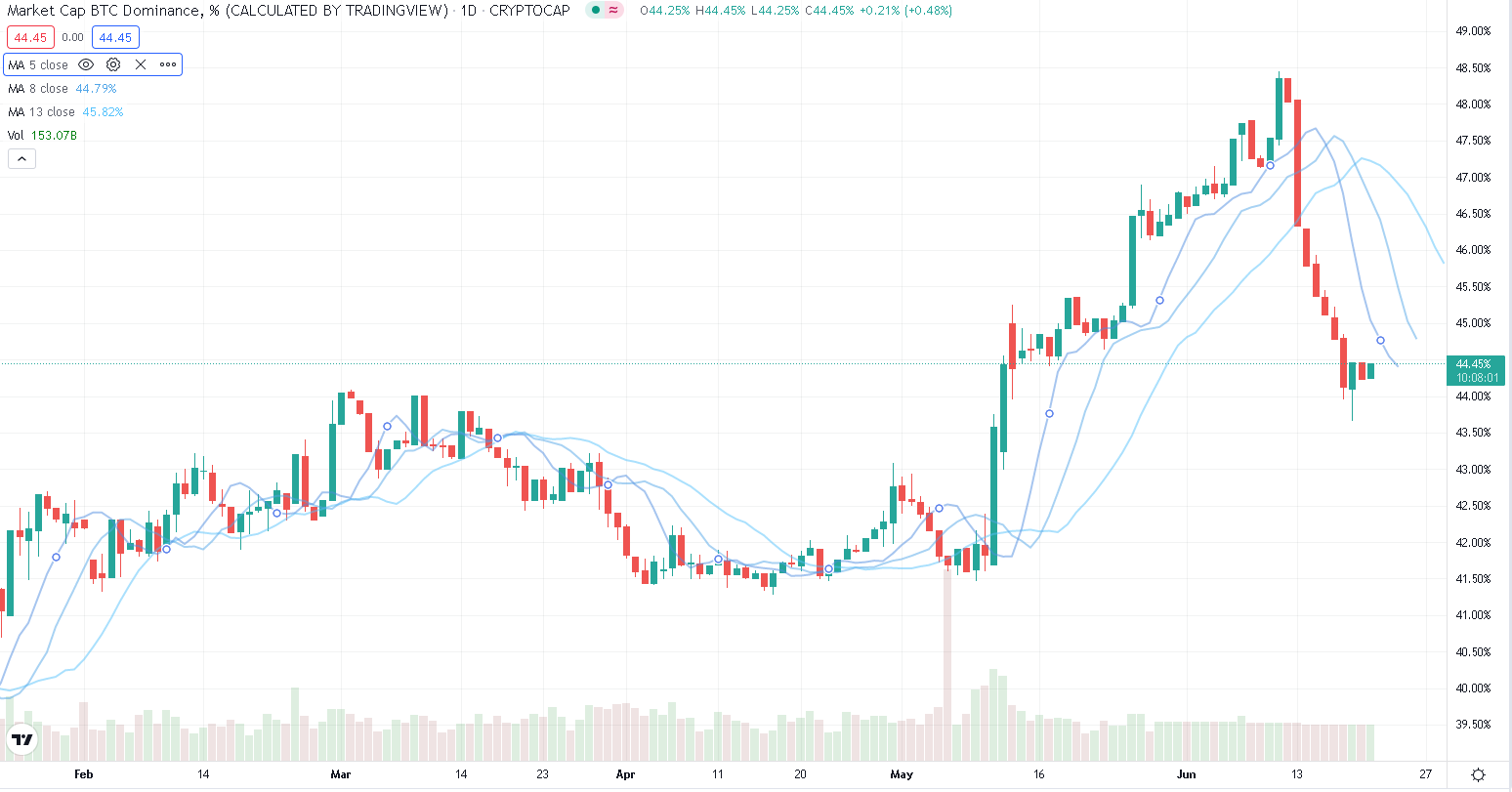 If Bitcoin can continue the upward wave, it can rise to $ 30,000 in the last days of June or the first week of July, but if it is not successful, there may be more declines. But in general, Bitcoin seems to want to rise. In addition, it will be useful to follow the altcoins closely, and many of them are close to the bottom prices. I think if the crypto markets in general start a bullish trend, this could be a much faster rise than before.

A 30k Bitcoin will certainly get everyone all euphoric again. At this point, all I want is that the floor has been reached

I agree with you, it will definitely make everyone all euphoric and also I think it will increase new entries to the crypto market.

😏 Don’t think we will see really euphoria back at 30k but it would be a great relief to Fear and FUD which is still high.

Have you seen how quick the sentiments change from fear to greed by just a couple of days of straight green candles? Many many people quickly forget the red candles and want to hop on at any sign of major reversal.

Well, excuse me but we are still at extreme fear currently. Went up a few points but that doesn’t change the situation as a whole. 🤷🏼‍♂️

Yeah, currently, at these prices. Not at $30k

Would bet 5 Hive that we also won’t have Greed-Sentiment on the Index when we get to 30k BTC again.

This little upward move took me by a surprise as well, still prepared for 15k.

I think if the crypto markets in general start a bullish trend, this could be a much faster rise than before.

Yes I saw that, also many cryptos are currently on the uptrend line.

It feel good seeing BTC developing some bullish momentum, we might be seeing it breakout and that will be great for the market. I hope this trend continues, there's got to be a breakout somewhere, perhaps this is it, we will see over time.

If it can break the 22K resistance, the uptrend may accelerate further and also I think there will be a breakout in 23K.

A much needed breakout we need, the market has taken too much beating already

Bitcoin is only going through a phase which i believe before the year runs out it will shoot, that will be probably August.

Congratulations @rtonline! You have completed the following achievement on the Hive blockchain and have been rewarded with new badge(s):

I think it will depend on the stock markets because BTC can't avoid the correlation between the two.