Many wonder what Web 3.0 is all about. To understand that, we have to go back to the early days of the Internet to see the progress that was made. We also can delve into the missing components that are now required.

The Internet was built around the idea of sharing information. Originally for use by the military and then by academia, there was no comprehension of this having major commercial application.

In fact, since this was funded by the US Government, it fell under the non-commercial use rules. That means it was illegal to engage in commercial activities online. This is why the original protocols did not provide for this. It simply was not allowed.

This is also the reason why the Internet was built upon advertising. If it was illegal to send money, there are few options left.

Basically, that was the starting point. This is what became known as Web 1.0. 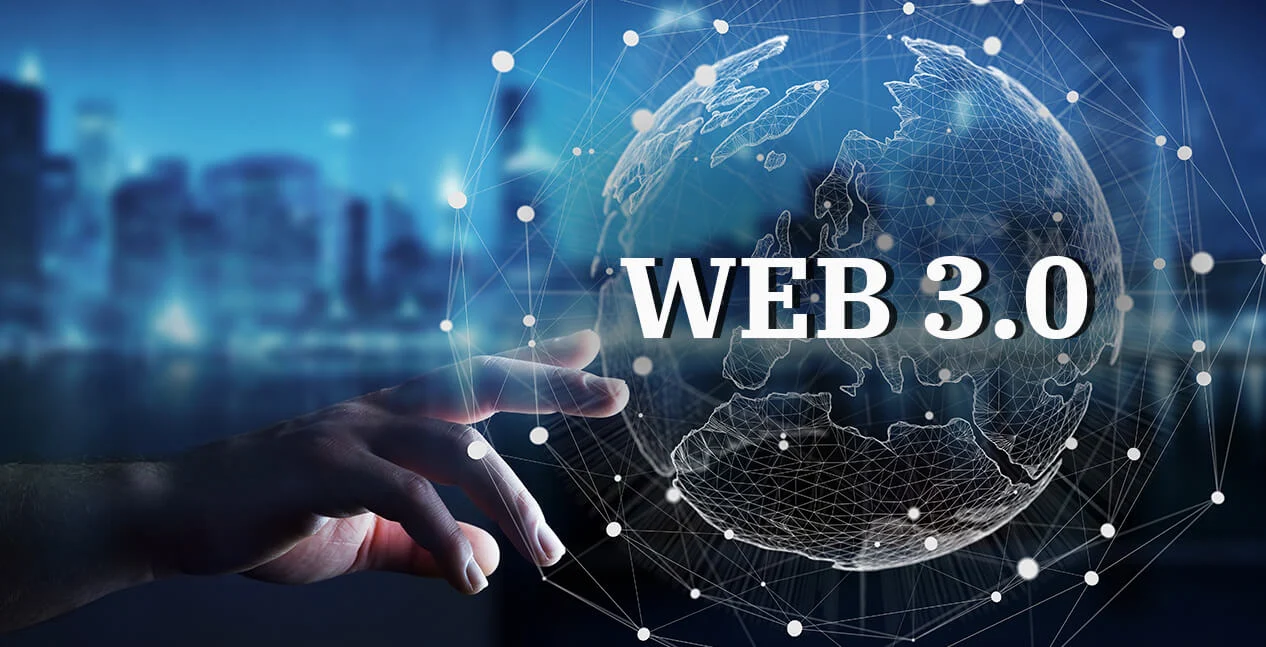 If you consider it for a moment, information use to be very scarce. There were very few places to acquire this.

For most, the "news" was limited to the local paper and the evening broadcast. One might catch some bits of information on the radio. Outside of that, we didn't have much.

For business, the transferring of information was slow. This was done on paper, where it was created and stored. When transferring, the most common method was mail (snail mail). It would take days to get documents.

The Internet changed this. While it was a technical medium, anyone could create (pay for) a website. As consumers, the amount of information we had access to exploded. The first "Killer App" was email, which quickly became commonplace with anyone who was online.

At this point, things were ruled by the major information purveyors. However, a few people were able to sneak in and establish online information sources. In short, a lot more information became available to all.

As revolutionary as the original was, the next phase had even a greater impact. Many viewed Web 2.0 as "social media", it goes much deeper.

This phase allowed anyone to become a publisher. Blogging because commonplace as platforms such as Wordpress removed the need for technical expertise. With its boilerplates, anyone could be publishing in a few minutes.

Suddenly, anyone online had the ability to post his or her thoughts and reach millions of people. An individual could write an article, only to have it appear just like journalists from major publications.

Social media, of course, played a huge roll in this. People did not even have to be long-form writers. Twitter and Facebook provided the ability to share ideas. These are permissioned platforms which, as stated above, depend upon advertising most of their revenues.

Nevertheless, in exchange for this, individuals essentially originally control what they publish. The distribution system is available to anyone on those sites, providing the same potential reach. The difference came in the number of followers one was able to accumulate.

We all heard the phrase you are the product. Since social media and other "publishing" platforms are permissioned, the user base is the product. It is the means these companies use to generate their revenues.

Going back to the beginning, since commercial application was not in the mindset of the early creators of the Internet, we have not strayed too far from that. Even though the laws were changed, the evolution of this medium was rather slow in this regard.

For the most part, the only thing that most own online is the URL of a website. That is something that could become extremely valuable. However, unless one owned the entire platform, he or she was just a user.

We see this in gaming. Online games generate billions of dollars in revenue. Players spend vast sums of money on in-game assets. However, none of those are truly owned since they disappear the second the game is turned off. Also, with the exception of a few secondary platforms, there is no market for these assets.

Web 3.0 is changing this since it is providing for ownership online. This is one of the major breakthroughs. Couple this with the decentralized data structure of blockchain and we see a new combination. This is truly revolutionary.

Of course, being in the early days, we are just beginning the process of innovation. We know NFTs have a great future yet what is out there now carries little potential. That is alright, the first days of webpages were rather archaic compared to today.

We are also seeing the evolution of money. It is changing before our eyes although few realize that.

Money is a tool. Essentially, it can be viewed as crystalized human effort. It quantifies and captures human productivity. It is why it is always the basis for human expansion.

Cryptocurrency was truly the first Killer DApp for blockchain. The transformation that is taking place is establishing a 4th paradigm shift in money. We are constructing a new monetary system, one that is also democratizing money.

Because of this, we are also changing the basic essence of an economy. We are moving into an era of cooperativism whereby ownership shifts from corporations to communities. Again, we see what Web 3.0 is turning into.

By changing money, we are going to change the very fabric of society. How this all looks in 20 or 30 years remains to be seen. That said, it is not crazy to think about most of the global economy on blockchain in 30-50 years.

The closing point to all this is we do not know what this will evolve into. There are complimentary technologies that will radically shift what we are envisioning today. Just like Web 2.0 was altered by the introduction and popularity of mobile, there will be many aspects to Web 3.0 that are not on our radar today.

For all the FUD, the proverbial horse is now out of the barn. There is no turning back on blockchain nor cryptocurrency. Both are going to be staples of the future.

Many debate when these Internet eras started. It really doesn't matter since they overlap. The key point is to understand he direction we are moving in.

With the introduction of Bitcoin, we had a solution to the Byzantine Generals Problem which laid the foundation for all that will become Web 3.0. With the ability to arrive at consensus, we are now building those applications that can put this into effect.

This has the potential to change every industry. A decade from now, individual ownership of assets in the digital world will be the norm.

And that is what Web 3.0 is doing: democratizing ownership.

Some democratic token for you, always interesting posts
!PGM
!hivebits

Web 3.0 is changing this since it is providing for ownership online. This is one of the major breakthroughs.

I believe this is one of the best advantage web 3.0 have offering in creating that ownership by Individuals online.

Agreed, ownership of accounts, content and network are key points.

This is actually a huge paradigm shift, power back in the hands of the people in a technological age and available to everyone.

We will see how far it gets carried. It has that potential. Of course, the proverbial "lets not screw this up" comes to mind.

Yes, it is indeed a big shift.

Interesting, Philosophically speaking, I see a clear transition from virtual monarchy to virtual democracy.
We tent to repeat what we learned from history and in this case it seems apparent.

Let's keep in mind that these are very much systems where the program is programmed by the users while also the users may be programmed or even exploited by a system.

We should be aware how we program a system because it can in return program us in a certain way. Action-Consequence. ☯️
These are great times of opportunity and growth, so let us cherish the opportunity and collectively make wise decisions.
Best Regards 🙏

You have interesting posts. Thanks for the information

The web 3.0 will be really amazing, a system that is decentralized. system that makes one an owner of the web, freedom to do anything.web 2.0 and web1.0 and very amazing,but ownership is greater.

It's a huge shift in what we can see but I don't really know what it's going to look like. The system is just tough so I think it will just take time and it will probably take a long of time before it becomes reality.

What can you say to a guy who thinks that all the things that we associate with Web 3.0 such as ownership of data, free speech, and owning a stake, are nothing but a "shell game"?

An excellent and "enlightening" article... Thanks for sharing it!

Is it safe to say that Web 4.0 will feature the democratization of infrastructure?

This remains a highly centralized or concentrated area of control by a few players. IPFS (Interplanetary File System) and Filecoin are two ways to democratize file storage, but then there is the cabling or wiring (either copper-based coaxial cabling or fiber optic cabling). Add to that the antennas and the towers.

Tokenization of these resources may solve the problem, but other solutions may exist which haven't come to light.

Now you have broached the subject of Web 3.0 to Web 4.0. Each generation of advancement builds upon the previous and hopefully is better.

Very nicely done. In an age of many competing narratives and confusion about Web 3.0 we need clarity by looking at where we have been, and where we are going. You have done that well here.
Thank you.
@shortsegments