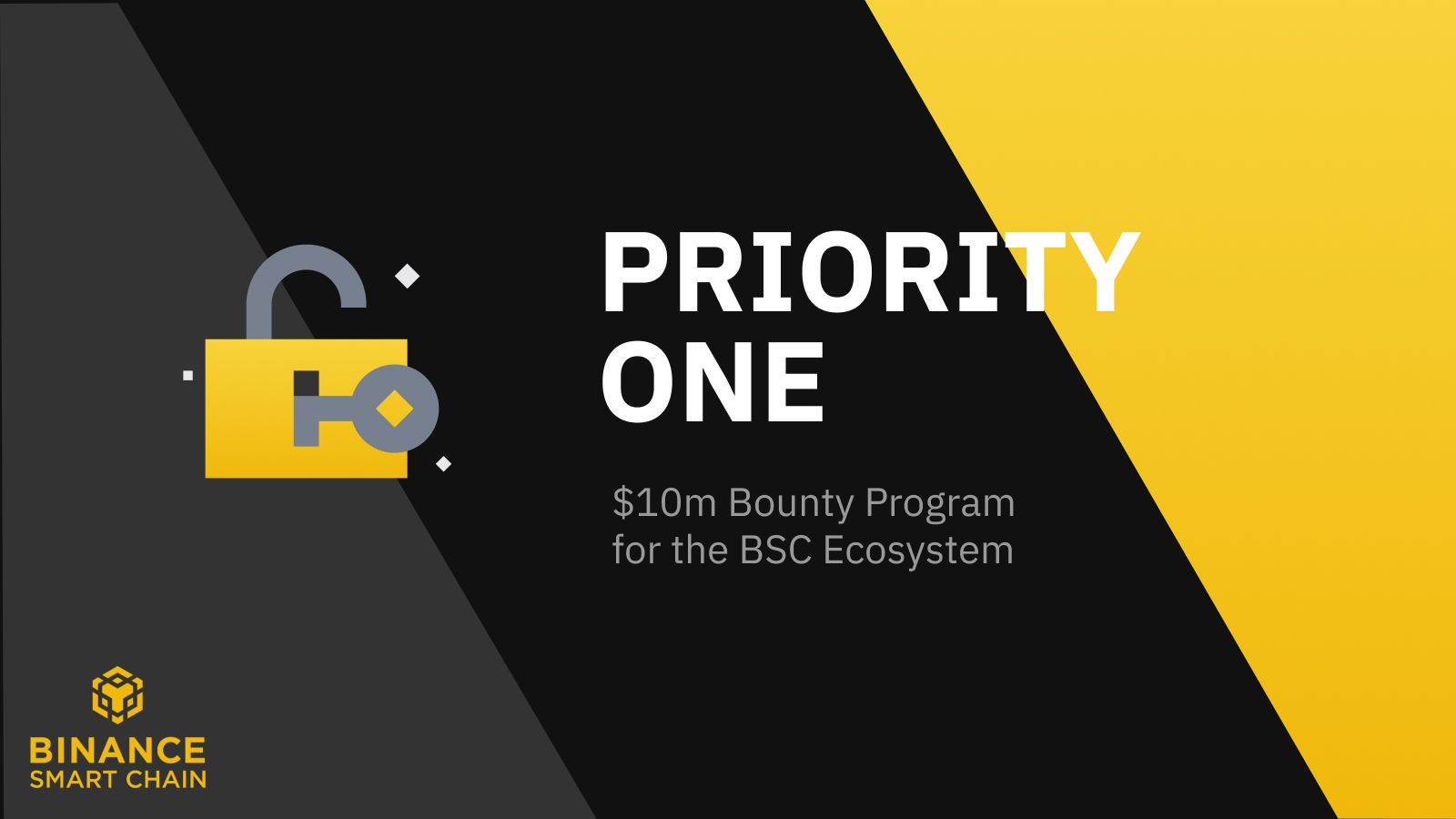 Security exploits have become quite a frequent happening across protocol deployed on Binance Smart Chain. In previous few months many platforms on Binance Smart Chain suffered losses of millions of dollar as a result of flash loan attacks. Despite many of these attacks having approximately the same DNA, it seems there is no stopping the hackers exploiting vulnerabilities in the protocols.
Binance has already denied any responsibility of hacks, exploits and rug pulls, but still these exploits put up bad reputation for the blockchain. So, in an attempt to make tighten security, Binance Smart Chain today announced a $10 Million Bug Bounty Fund for projects/protocols deployed on top of the chain, called “Priority One”. The aim is to encourage bug bounty hunters and ethical hackers to look for any potential weakness in the code and help secure the network.

To ensure that the community can use Binance Smart Chain dApps in a safe environment, we will create an attractive joint bounty program for bounty hunters, white hats, and ethical hackers. This joint bounty program aims to continuously improve software security and lifecycle management, provide risk controls, and attract more proactive penetration testing to identify issues early.
We aim to create a $10 million USD bounty pool that will reward all bounty hunters for disclosing verifiable attack vectors or security flaws across up to 100 dApps. The rewards will be fairly distributed on an individual basis based on the severity and exploitability of the discovered vulnerability.

Initially a fund worth $3 million will be establish to for first 30 dapps. Latter the reach of project will be expanded to 100 dapps with target $10 million USD fund established with the help of BSC validators.
To which extant, the bug bounty program “Priority One” helps in curtailing the exploits across protocols deployed on Binanace Smart Chain, only time will tell. But the initiative does reflects Binance's commitment towards securing its network against exploits, hacks and manipulations.

Way to go for Binance smart chain. I honestly prefer bounties to Auditing companies. Let anybody who is interested get into the competition to identify the bug, put a team together if need be and split the rewards. I feel because Audit companies usually have a lot on their plates and since there is no competition, there’s an limit to the pressure they put on themselves to give optimum performance. The only reason why Audit Companies may want to put in their all is to keep their reputation which I guess is also as important. Perhaps a combination of both might work somehow.