I love heist movies and series and most likely, you do too. Matter of fact, I can't wait to get my hands on La Casa de Papel season 4 dubbed in English. But, what would you do if such a huge scheme was done against you, or if you found out such a scheme was done near you? Well such a heist was done in my city almost 2 years ago against several businesses at the same time, 1 of which is not even 10 minutes away from my house.

I found the story fascinating at the time, I still do, hence why I'd written about it in 2018, and am bringing it up again. Enjoy!

STRAIGHT OUT OF A MOVIE!

Who doesn't love a good heist movie? Specially if the scheme to pull it off is as simple as it is effective? When done in movies, it's all fun and games, it's all rehearsed, the pressure isn't real and except maybe for unemployement, there are no dire repercussions if one fucks up.

But now how about in real life? Imagine the balls it took to orchestrate and actually follow through with this heist, and to top it all off, manage to avoid accurate identification in this big brother ruled era, let alone capture.

So what happened exactly you ask? Well, let me give you a quick summary. 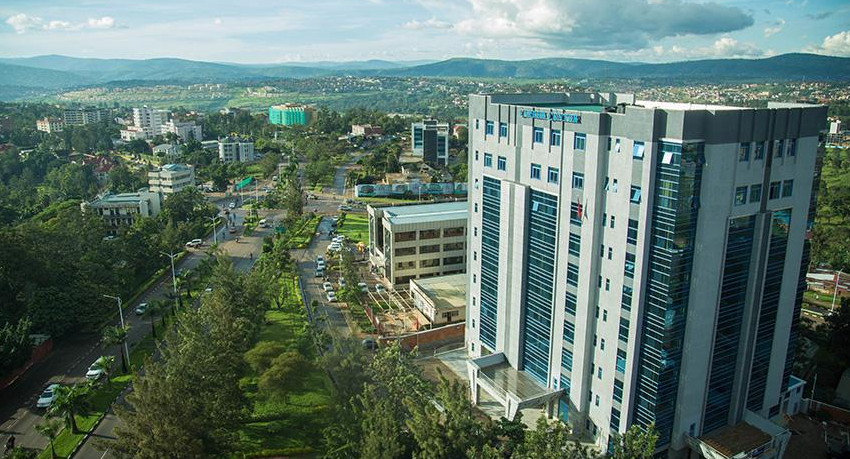 The conmen involved are allegedly called Nasser El Haj and Said Abdallah, both of whom allegedly represented the Delta Petroleum Services/Rwanda. Almost years ago and 2 months before the heist, Nasser had approached the owner of Career Center(offices for rent), convinced him to rent them the whole 6th floor, promising that they would pay at a later date after they had finilized some documents. This Nasser guy must have been quite the charmer to mind fuck the seasoned entrepreneur so good that he didn't even bother doing his research.

Next, it was time to look the part, they contacted a furniture company called Fine Furniture Company, and ordered the best decor and equipment money can buy, around 190 000$ worth which of course they never paid. To look even more legitimate, they "hired" about 40 people who by the time shit hit the fan, were still studying the business, it's market, reporting daily and eager for it to officially open up shop so that they could enjoy some of that Arab Money! Spoiler alert, they never did.

Now here comes the end game, literally robbing blind the forex trade dealers. And it is in this phase that Said, presumably the leader of the One Hit Wonder Duo, finally made his move. One D-day the day started off normal. Nasser went to town looking for forex dealers, claiming that his team had 270 million RWF and that they needed to exchange it all into $$$! So 315 000$!

The Forex traders accepted the deal and followed him to the slaughterhouse. Once in the building, they must have seen how fancy the office was and thought nothing could go wrong, as everything in it looked muy expensive and the location alone commended respect and status.

Then, entered Said. Who calmly counted the money making sure it was the right amount and then locked it all in the safe box which was right in front of the dealers. After that he told them to wait for him for 30 minutes, after which he'd be back with the RWF equivalent. Deal!

Already counting their soon to be blessings, the dealers sat and waited. 30 minutes quickly turned to 1 hour and then to 1:30 hr. Starting to realize their impending fates, they decided to alert the police and to check the surroundings for any clues, or any form of reassurement.... But then reality hit!

They found out that the safe had a built in emergency exit, and that it had been emptied from the other side of the room while they were waiting.

Needless to say that their whole Worlds came crashing down faster than the bitconnect disconnect, that they're still hoping for justice( to be served and if possible, get reimbursed. Which unfortunately doesn't seem likely at this point. These sentiments are also shared by the other scammed parties, who still can't believe how all of them are so business oriented and yet, all fell for such a trick.

You should also note that, this is in one of Kigali's most secured and technologically savy areas. It's within 5 minutes walking from both the Kigali Convention Centre (where any creme de la creme meeting happens), and Kigali Heights (Preferred drinking spot when feeling fancy.).

There are also at least another dozen, highly esteemed institutions in the immediate vicinity of the Career Center Building, meaning that even a single misstep would have easily gotten them caught, making the whole heist's success even more legendary! And to be honest, it still baffles me how I still hadn't heard about this story.

None of the culprits has been arrested, I couldn't find much that ressembles updates on this case but I hope at least the victims of this scam didn't go under after it and will do more due dilligence before going into business with anyone.

Alright, that's it for this post. And although I'm slightly making fun of that ordeal, I wouldn't wish it on anyone, and I sure hope that all those affected will get their money back. It's just some stories be so epic, you just can't help yourself but share them with some funny twists. lol

How about you though, what do you think about this situation? And is just me or does anyone else feel like one, or more of the scammed parties were in on it? Anywho;

The thing about most scams is the only reason they succeed is if people are vulnerable (people deliberately target the elderly, etc) or if people are greedy. I have sympathy for the vulnerable people who are scammed and people who target them are the lowest form of human. But if people fall for scams because they are greedy and want to make easy money... not so much sympathy!