Tesla Semi | The reason why Tesla will double in market value 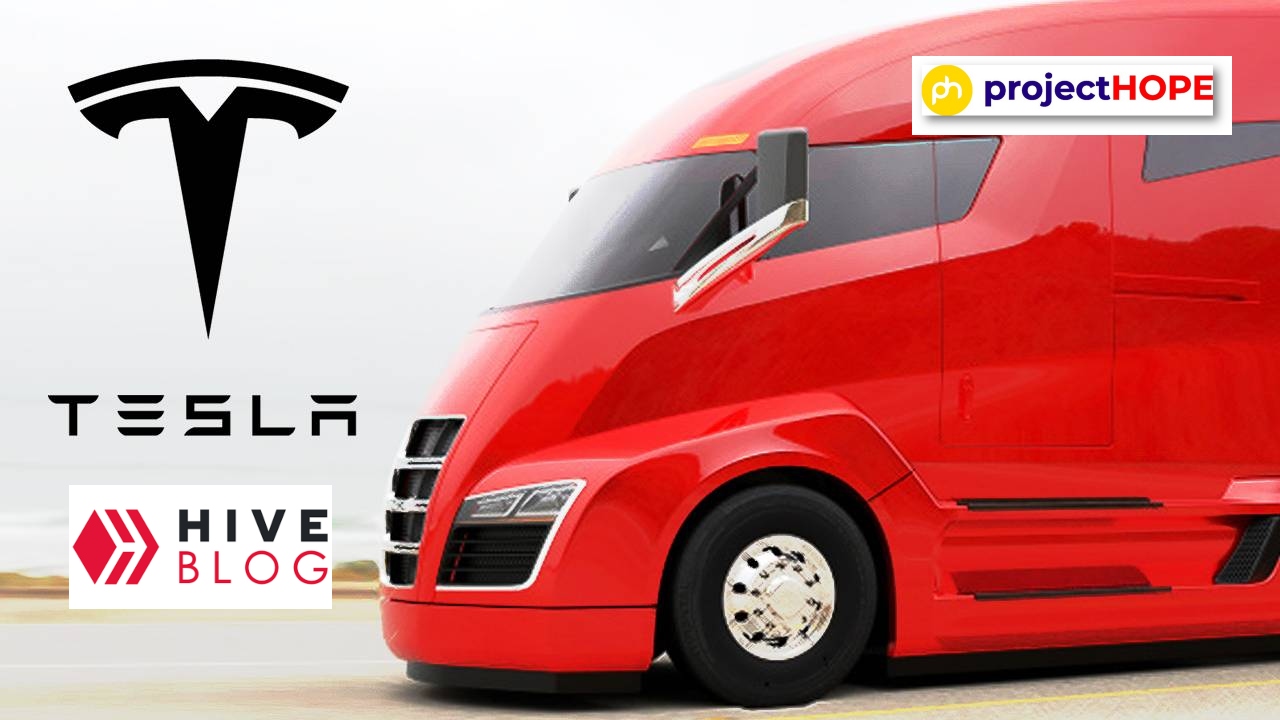 Our friend Elon Musk is about to launch the Tesla Semi, which is the line of electric trucks of the Tesla company, this is not easy, he faces many challenges, but this will surely solve them all and his Tesla company will earn millions of dollars, I think this is the right time to invest in Tesla stocks.

The Tesla Semi has many attractive features, such as being fully electric, this attracts the attention of companies that want to combat pollution and global warming, since the emission of gases by cargo vehicles is a global problem, However, even put aside from the environmental issue, these trucks are likely to attract companies due to their low operating costs. source
A Tesla Semi will cost 180 thousand dollars, which is much more expensive than a conventional truck, but the fuel savings will make it possible to amortize the cost in a period of 2 years, to this characteristic we are going to add what in my opinion is which guarantees the success of this product, the convoy mode, where a fleet of trucks can go in a caravan and only one driver will be needed in the first truck, the other trucks will go on automatic pilot, little is known about the mode convoy invented by Tesla. source
These trucks can roll a distance of 800 km, then they can recharge their battery and that takes a time of 30 minutes for what they need to connect to a Tesla station, that today is a problem and a challenge for the company, since These trucks need several connections at the same time to be able to load, in the tests with a one truck everything works ok, because it is a single truck circulating but since there are dozens of trucks this will represent a problem for the company, the only option is to create more stations , so they need money that he hopes will be obtained from the thousands of units that have already been ordered by various companies such as Wal-Mart, Pepsico and UPS.

Technically, this truck is twice as effective as a conventional one, has twice the acceleration and has an engine with a useful life of one million miles, it also has better air resistance and the heavy weight of its electric battery prevents overturning on the road. all good but the challenge is the construction of batteries production today is very slow, that is a challenge for Mr. Musk's company. This truck is now ready to go to the public, the company is testing it in winter conditions and at the end of the winter it is expected to go on the market. The market for type 8 trucks in the United States moves about 35 billion dollars a year, if Tesla enters this market and at least keeps 20% of it, it would generate 8 billion dollars, now if it manages to sell 200 thousand units around the world, we would be talking about 33 billion dollars, this is what many analysts expect to happen in the coming years, we must bear in mind that this is more than what Tesla generates today so it is expected to double or triple your earnings and therefore your value on the stock market. After the launch, the big dilemma to acquire these electric roads of Elon Musk will be the 180 thousand dollars, I imagine the excessive economic burden for a heavy load transport company to replace its entire fleet, we will have to determine to what extent the fuel savings will allow to amortize the initial expense, the technical elements are very attractive, twice the acceleration and an engine with a life of one million miles is something amazing. Excellent publication. Best regards.

Hello friend, what a great idea, the truth is that these great men are great ideas, I think it will be an excellent product and make a lot of money, plus it will be a benefit to the planet from the ecological point of view. Thanks for sharing it. Greetings!