Hello everybody! Historical architecture is multifaceted. Having visited the Palace and Park Amsable in the city of Gomel, you can be surprised by the variety of architectural styles. Each building in the Rumyantsev-Paskevich palace and park complex is unique. Today I want to show you one of the oldest shrines in Eastern Europe. I present to you the Chapel-burial vault of the Paskevichs. Every detail in the architecture of the tomb indicates the professionalism of its creators. Perhaps at first glance, you might think that the building is not big. However, it is not. The upper part of the tomb looks like a miniature fairytale castle. This building was created based on the five-domed tent-roofed churches, but in a miniature style. This architecture has no analogues in other countries. The building was built in 1870-1889 in the Russian style. The chapel is only part of the entire complex. This building has a square shape that covers an area of 30 square meters. 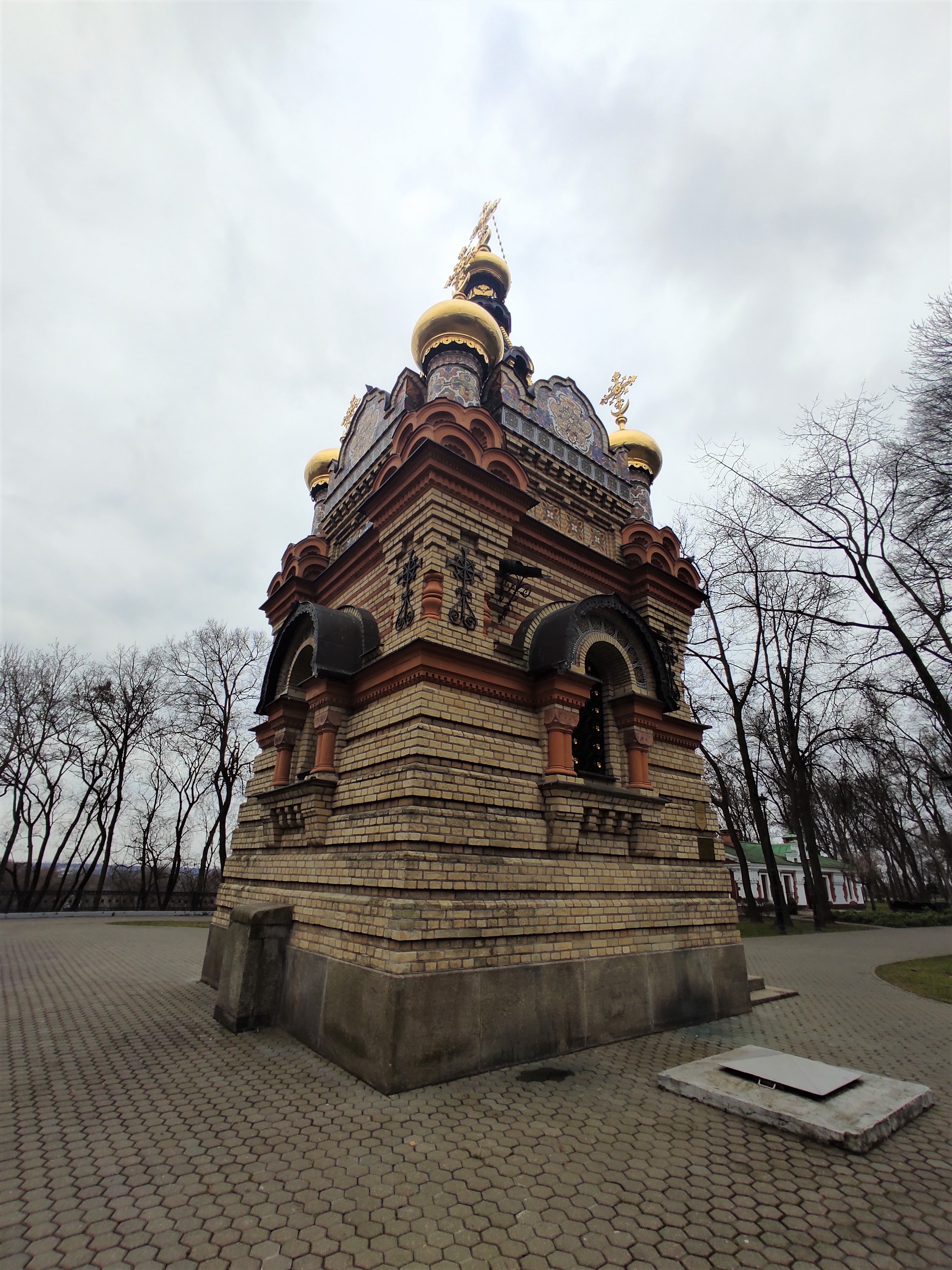 In my opinion, the main feature of the chapel is its decorative elements. On the front facade there is a small staircase and an entrance decorated with a high arch. 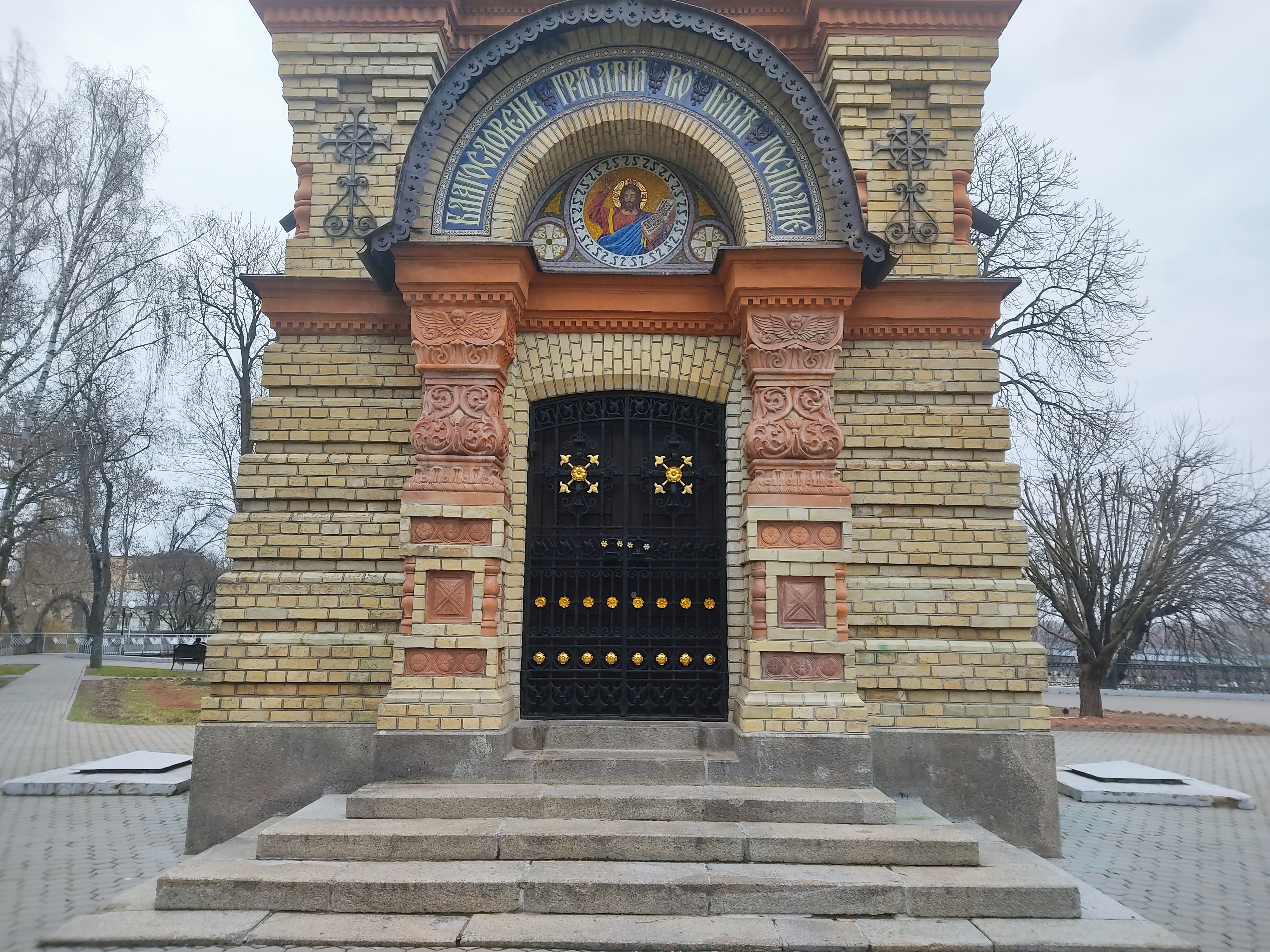 Above the entrance there is a church fresco and an inscription, blessings in the name of God. A lot of time and money was spent on creating the decor. This building belonged to noble people. Architectural experts were brought in for decoration and construction. The gilded domes and colored ceramics were created by first-class craftsmen. 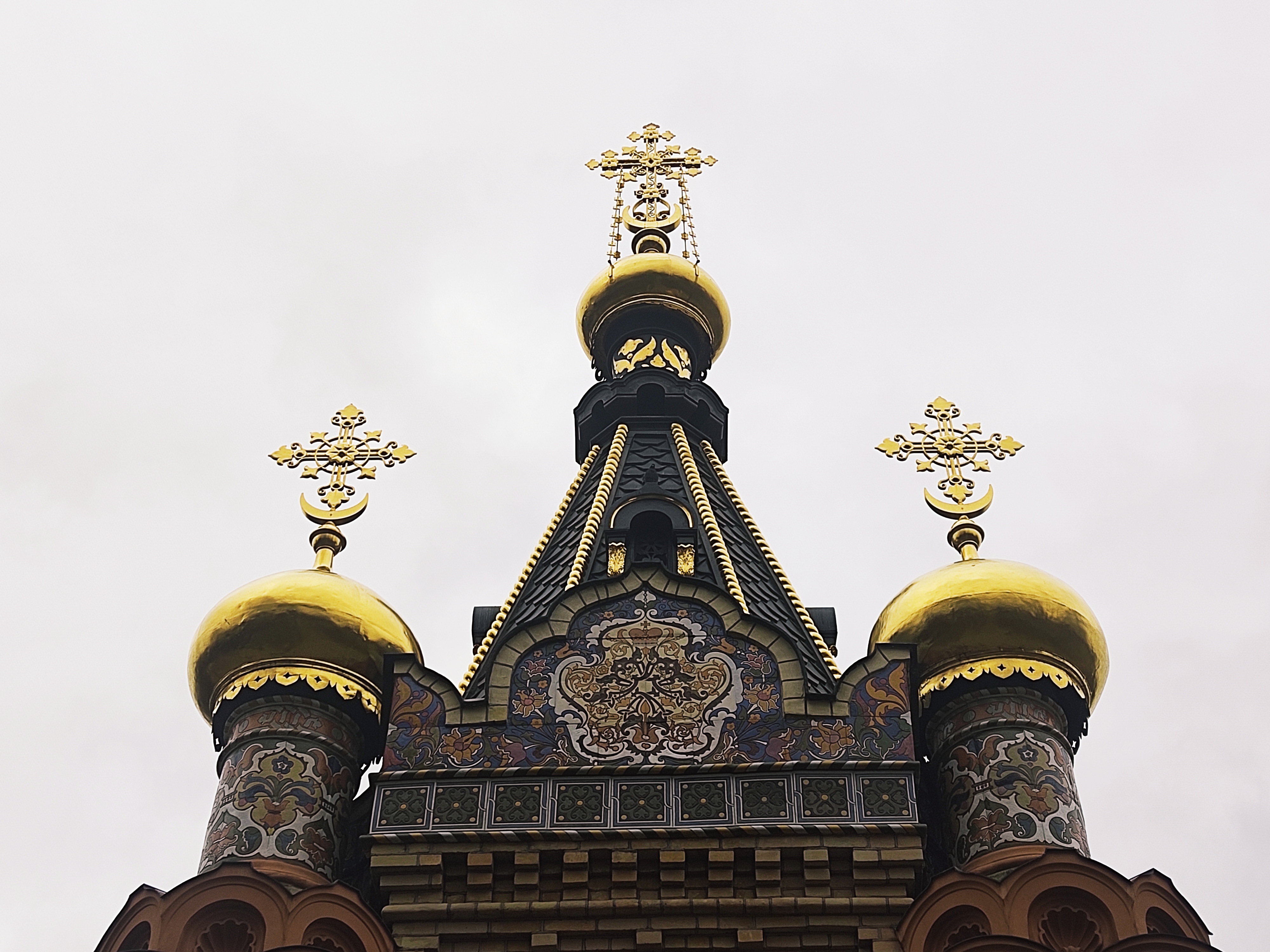 Every detail in the architecture of the tomb indicates the professionalism of its creators. During the Second World War, the Tomb was destroyed. It took a long time to restore it. I used archival photos to show the difference. 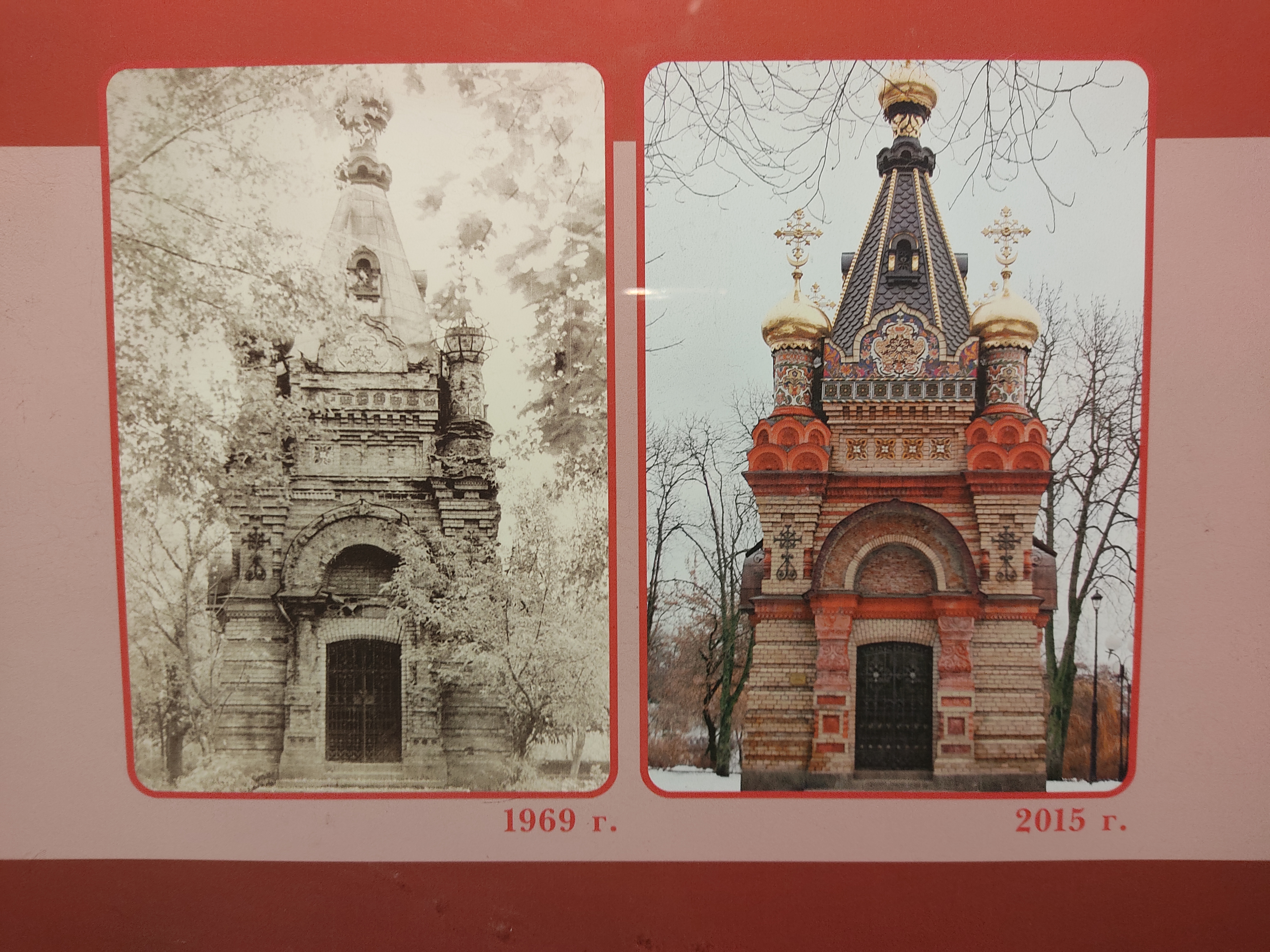 There is a small building next to the main attraction. At first glance, there is nothing special about it, but this is a misconception. Everything that you saw earlier is just the tip of the iceberg. The "front" part of the tomb cannot be compared with what is inside. 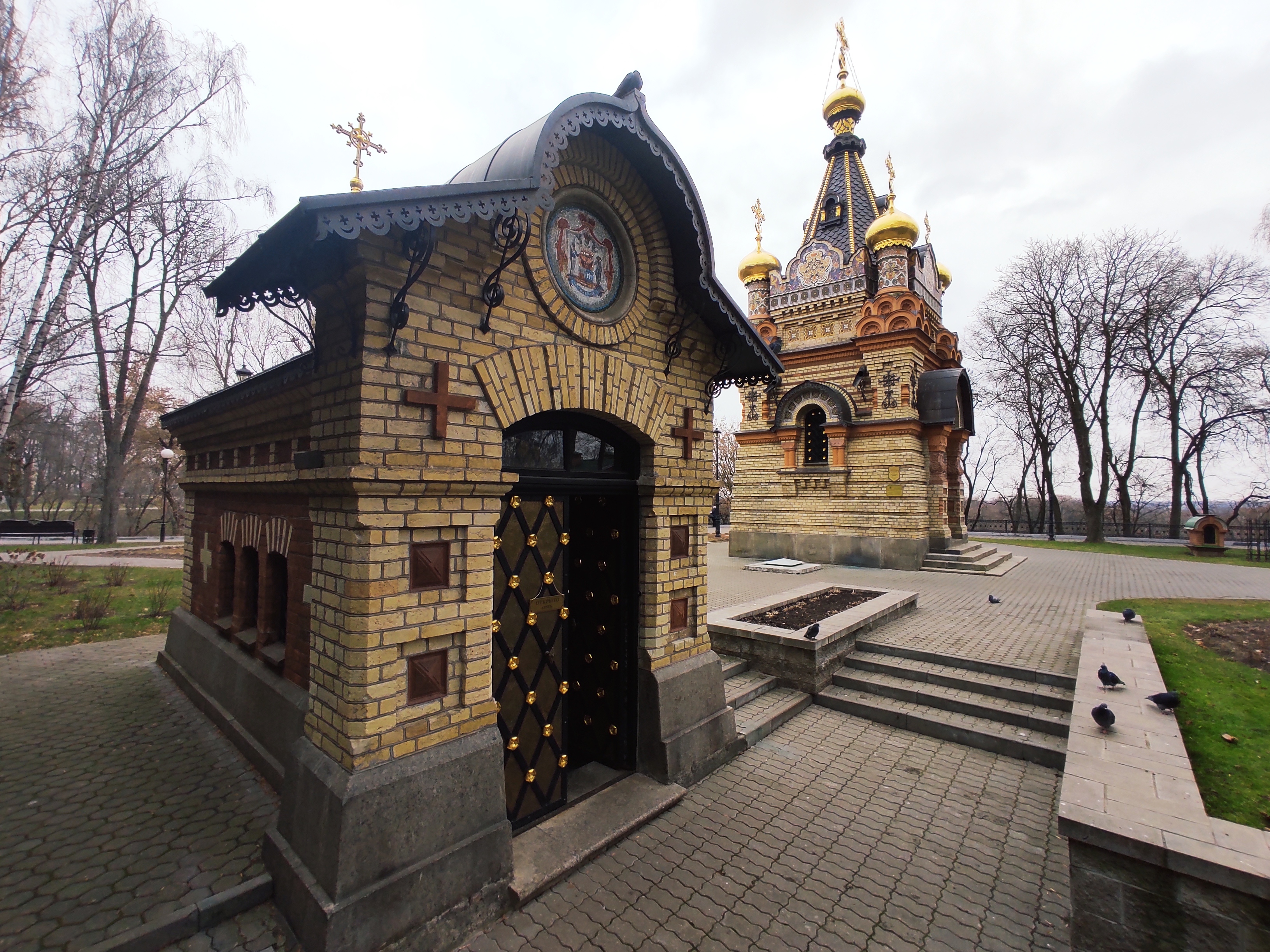 The small building is designed in the same style as the chapel. The second building is made in the style of Moscow architecture of the 17th century. As well as the main building of the tomb. But there is a big difference between the two. The second building is the entrance to the tomb. This is a tourist place that costs about $ 1 to enter. But there are limitations. Any video and photo shooting is prohibited. This rule is the same for everyone. Exclusively for #ArchitectureDesign, I took some pictures of the underground part of the tomb. The woman caretaker warned me that photographs are prohibited. But she kindly walked out giving me a chance to take some shots. The tomb is a long arched corridor made of granite stone. The remains of noble members of the Paskevich family are buried on the territory of the tomb. This is a historical site that is protected by law. A special temperature is maintained in the underground corridor. And on the walls are ancient icons and other artifacts related to religion. The room is ventilated all year round. There is an ancient altar at the end of the tunnel. This place is unique. Being there you can feel the atmosphere that makes your blood cold. This is an interesting place. I visited many holy places, but the Tomb of the Paskevich princes left extraordinary impressions. The tomb is located on the territory of the palace and park amsemble among huge buildings, but it stands out for its historical grandeur. A visit to the Chapel-Burial Vault of the Paskevichs will leave a cultural mark for a lifetime ...

Many thanks for your attention and support!!

Thanks a lot @priyanarc for your attention and support!

It is indeed an extraordinary structure. As far as I remember I have never seen anything like it.

This is a truly unique building that was created to order for a very long time. Thanks!

beautiful post and also very detailed. The photos taken inside are beautiful.

Taking pictures from the inside was difficult as it was prohibited. Thanks!

In fact, I was thinking about this. Usually the photos inside are difficult to take due to the prohibitions. Great pkst and thanks for sharing again

Well done @danny.green! We're happy to inform you that this publication was specially curated and awarded RUNNER-UP in Architecture Brew #49. Congratulations!