Sometimes randomness is not good

@beyondhorizonmm 69
5 days ago
The City of Neoxian 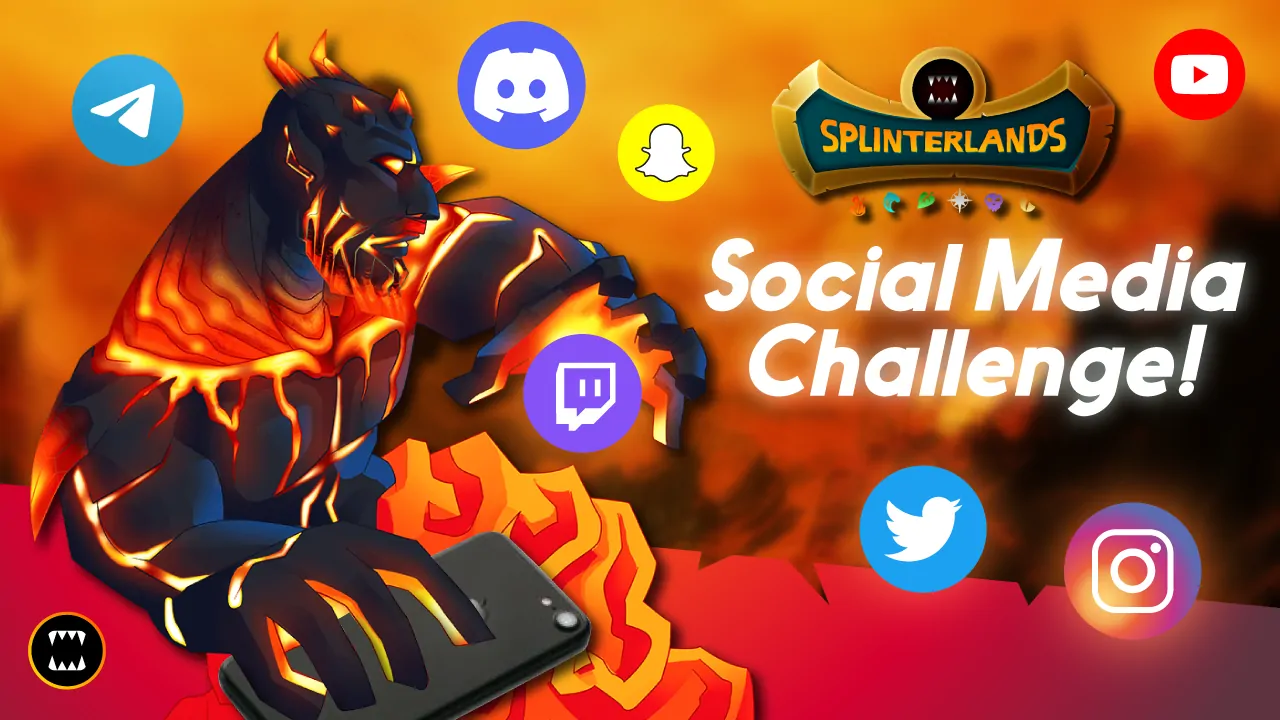 GEM METEOR is a very powerful monster in Chaos Legion. It has [Scattershot] and [Piercing] abilities so it is very difficult to deal with this monster. It will attack randomly so nobody can predict what will happen next.

DJINN MUIRAT is good to defend both ranged and magical attack so I put it in first position. It has [Void Shield] ability and 4 Armor. It also has [Giant Killer] ability and sometimes this ability is too op.

Prismatic Energy has [Void] and [Magic Reflect] abilities so it is very good to counter the magical monsters. I frequently used this monster in second position.

REVEALER is working very well with DJINN MUIRAT so I put it in third position.

WEIRDING WARRIOR is very well with Prismatic Energy so I put it in fourth position. It has [Shatter] and [Amplify] abilites so it can increase the damage getting from [Magic Reflect] by 1.

I used Phantom Soldier to reduce the magical damage from my opponent so my monsters can survive longer. It is mandatory for the team without healing ability.

This time I choose Cornealus in last position because it has [Heal] ability. 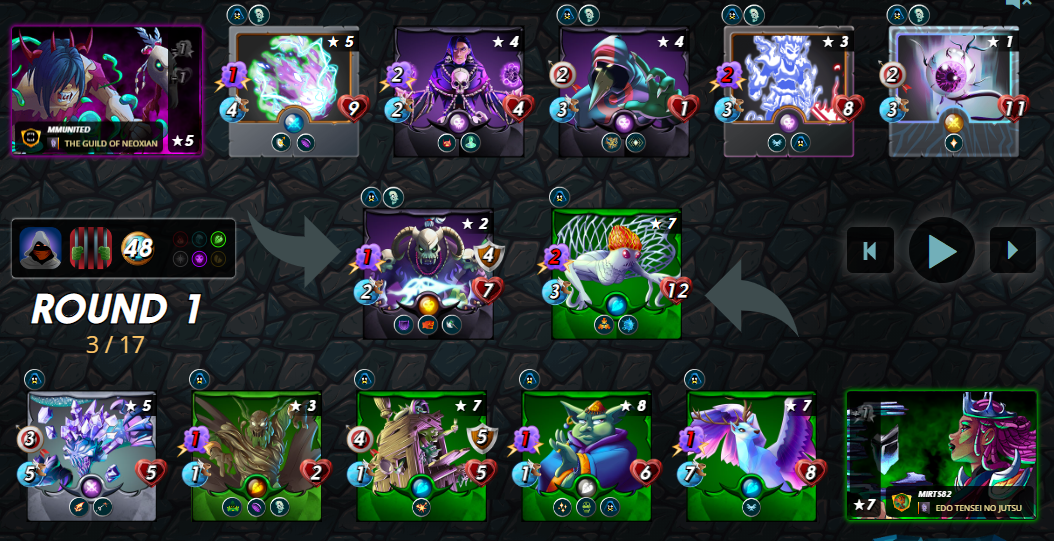 As expected he choose both ranged and magic attackers. Luckily I reduced his magical attacks. Now I only have to deal with his ranged attackers. 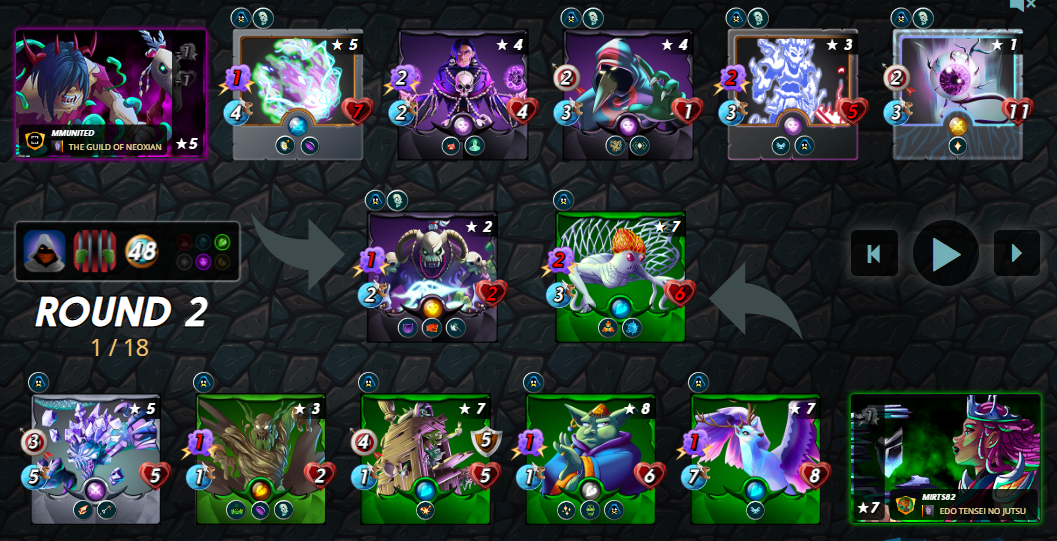 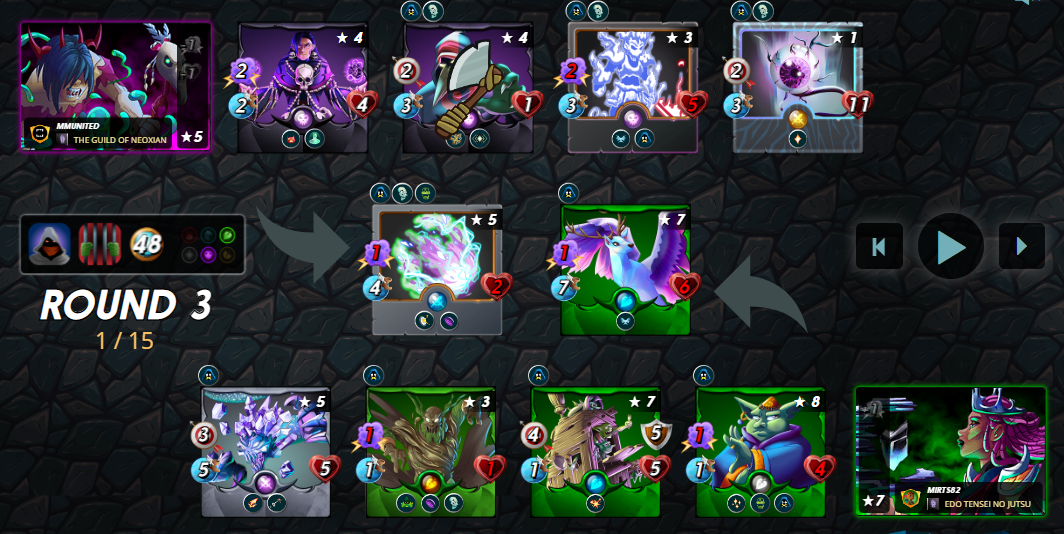 His GEM METEOR is very good and can kill two of my monsters. His speed is very high so he got initiative.

I only have two monsters and he stiil has four monsters to battle. Since this round, GEM METEOR attacks Cornealus and this is just wasteful because Cornealus can heal 4 Health every round. 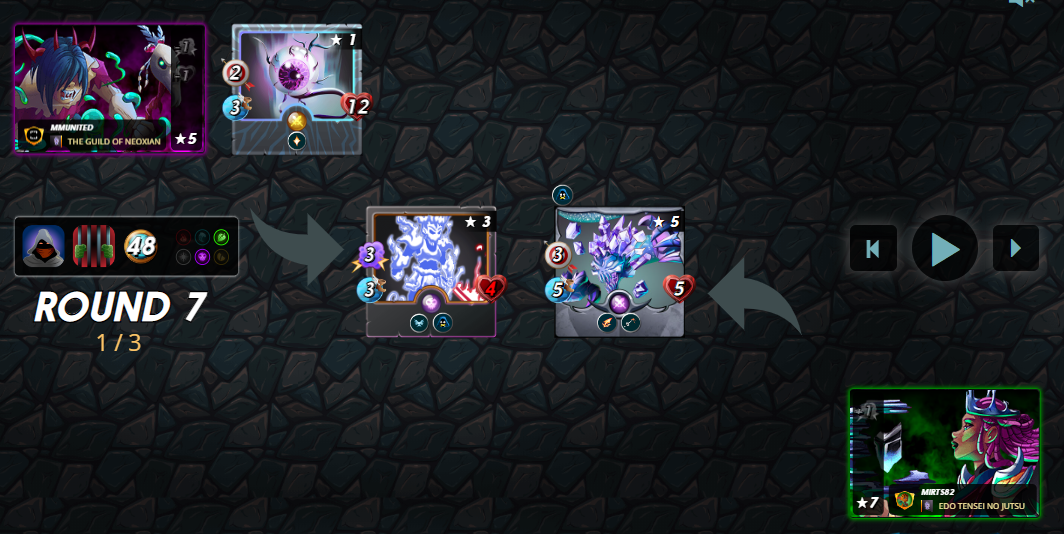 GEM METEOR messed up the battle. Finally I won the battle with low margin. I hope you happy reading my post.