@methus 63
over 1 year ago
The City of Neoxian

Hard to believe, but it looks like it's been 4 months since my last post. The pandemic has completely rearranged my life, which I suppose is to be expected in a global health crisis. The result is I haven't really had time to post. When schools closed in March, I found myself having to help homeschool 2 kids, as well as work from home (I work for a school). Because I'm not a front line education employee, but instead work in tech, I'm still working from home and will be until at least January. Normally this would mean I have extra time, but because of the pandemic, we've had to pivot to online offerings, as well as put in person safety protocols in place for when school resumes this fall (if it's legally allowed to). So, as I said, all this results in zero posts from me in 4 months.

This does not mean that I've stopped buying silver, though. Not at all. Prior to the current spike in prices, I was able to grab a few items of interest. My LCS knows me and knows what I'm interested in. So during the pandemic, they were kind enough to text me if something came through the door that they thought I'd be interested in, since I told them I wouldn't be coming in every week due to the pandemic. I also bought a bit on ebay. So here are a couple of things I picked up since I posted last. 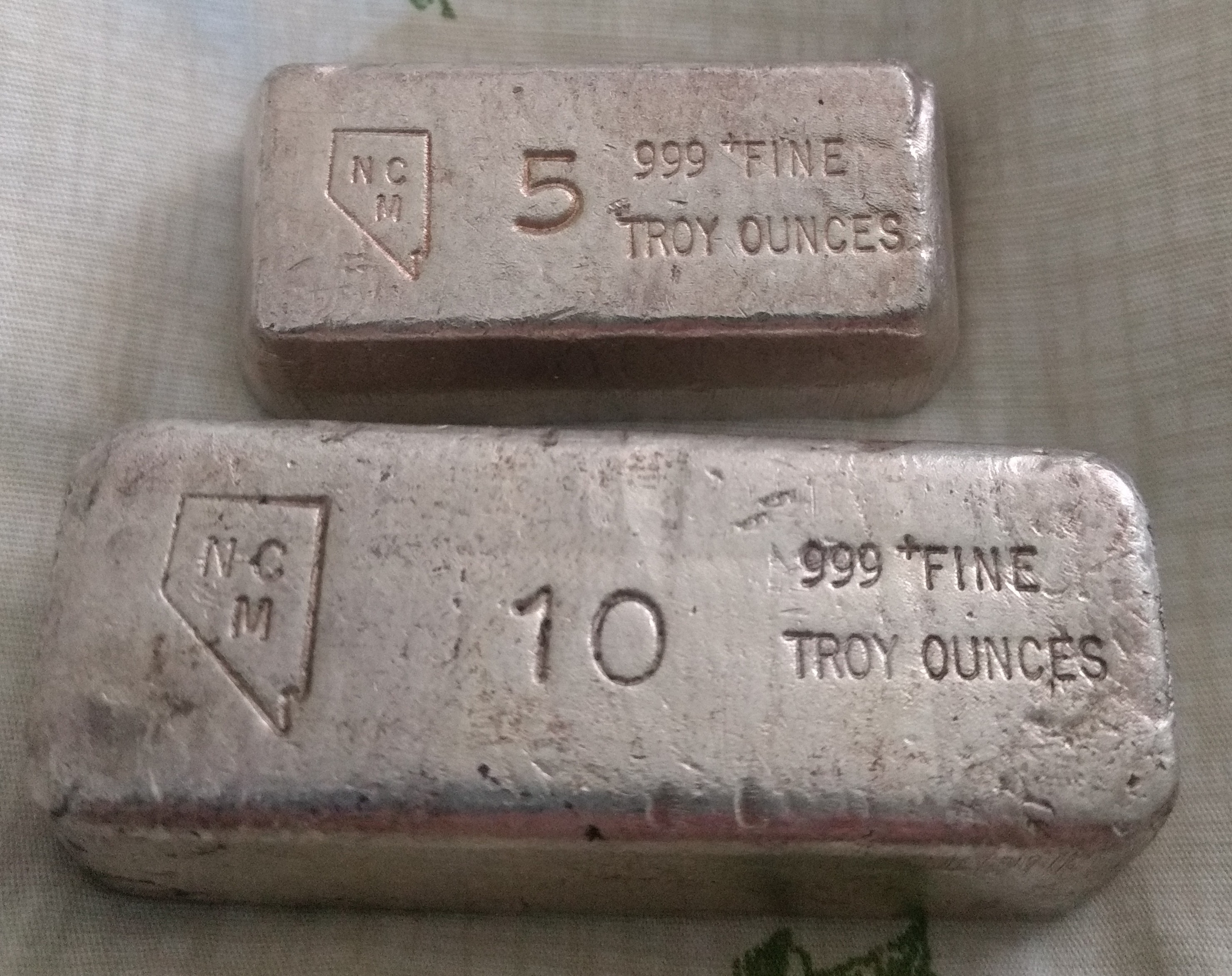 NCM stands for Nevada Coin Mart. They are apparently still in existence, buying and selling silver, gold, jewelry, etc. I've seen 1, 2, 3, and 25 ounce examples of this style of bar as well, so I've got some collecting to do. But with Silver at this price, I need to slow down on buying for a bit. Plus the small size ingots in general have gotten nuts.

So that's an example of what I've been up to since I posted last. If I have time I'll get into some other non-silver topics as well. I wouldn't say I'm back, since I don't know how frequently I'll be able to post until this all calms down, but I'm still here, and I'm still stacking.

I am new here but it is good to see you are still stacking, life does get in the way at times. 2 fine bars to show thanks for the post, I love seeing great silver pieces.

I can completely understand @methus, things are so different now. I keep telling the Mrs this weekend I will put out a silver post, and life gets in the way....
I am on a first name basis with my LCS and haven't been through the door because of the Corona.....very nice bars my friend take care!!!

Stacking is very important. You've done well. I can understand how life has gotten crazy as has the world with the pandemic thing going on. Remember the Spanish Flu back in 1918 took a year and half to go away, and I'm not so sure this one will be quickly abated.

Take care and thanks for sharing your treasures! As always, keep on stackin' and be safe!

A five and a ten! Boom! 💥 I wish my LCS kept goodies for me. I don’t think I have been in since February.

Great bars. Nice to 👀 you. Good luck with kiddos and work.