@xawi 75
about 1 month ago
The City of Neoxian 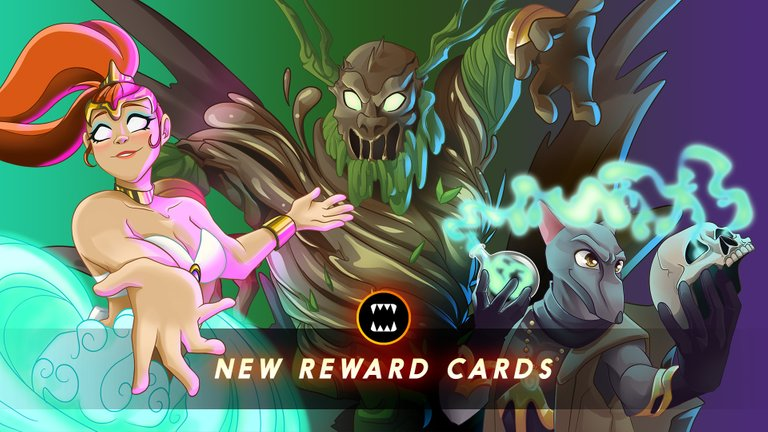 New rewards cards have been launched and I just claimed one quest so far on Xadragon. I claimed rewards in champion 1 so I opened 20 loot chests. I got 8 reward cards out of 20 chests and to be honest I was really missing rewards cards. I was tired of claiming potions and decs.

I was analysing new reward cards and I must say this time splinterlands did a great job. So many good cards along with new and cool abilities. Chaos Legion is yet to get released and I was thinking how hard it would be for the team to think about new cards and abilities. Indeed they are extraordinarily sharp and genius people.

So let's talk about the new reward cards I got today. 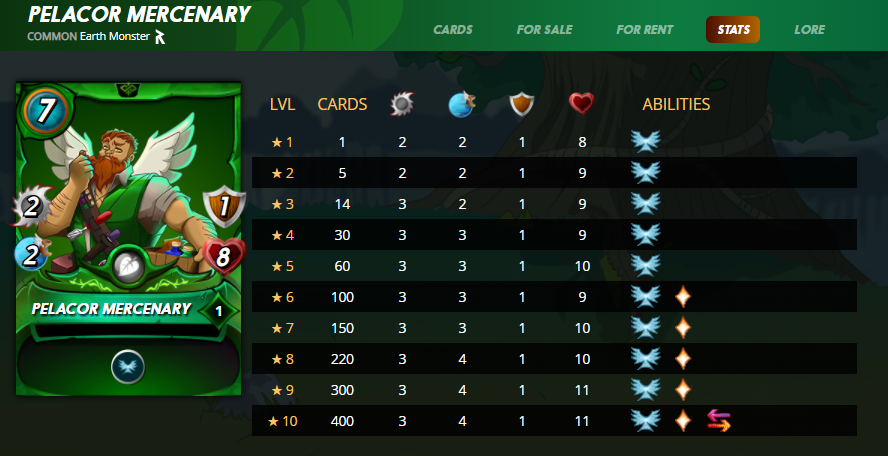 The first reward card is the Pelacor mercenary. It is a common earth splinter card. It gets healing ability at level 6 and retaliates at the maxed level. It looks like flesh golem got a tough competition. Only 1 mana difference and it has the flying ability as well. I assume it would be great with Llama and this is why this common card currently trading at 10$/bcx. People are so impatient and hungry for cards that they are buying up down right left. 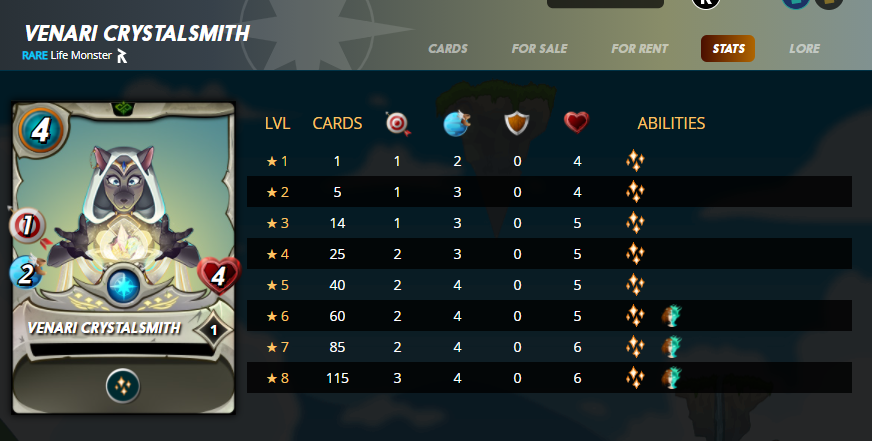 Venari crystalsmith Life splinter got another tank heal. And now I am imagining how many tank healer Life splinter has :P XD. Quadruple oh yea. It is 4 mana ranged rare life splinter card and it looks legit. Would be very interesting and I am already getting the feeling one should have this card in their deck.

I only pulled 3 new rewards cards. Two of them I have shared above and the third one is Gargoya Lion. I got 3 BCX Gargoya lion. 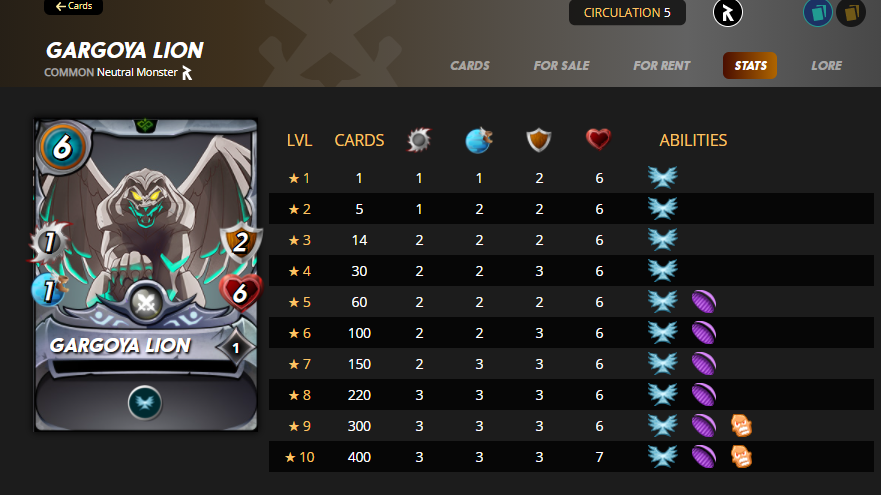 Gargoya Lion is a neutral common Melle attack monster with flying, void and enraged abilities. Would be awesome in reverse speed rule. So these are the new reward cards I have gotten so far. I have yet to claim rewards on my 2 accounts let's see what i get out of them see ya

Congratulations on your new reward cards!

Thank you and thanks for spt vote :) I appreciate <3

How I wish it's as easy as it's said to signup. Didn't know about this early. Great one @xawi

I got 8 reward cards out of 20 chests and to be honest I was really missing rewards cards. I was tired of claiming potions and decs.

Wanna see what I got?! Lol Still the majority is DEC's. 1 DEC and 2 DEC is the highlight Lol